Here we discuss week 1 progress on the co-op rpg, Elontrias.

DESIGN LOG
Okay so we're now officially one week into development, a lot our work has been put into the design document so far as you can see:

Movement
For movement we will be using a Hybrid style of WASD and point-and-click. Players will move their main heroes through WASD but summoned\controllable units can be given commands via a point-and-click system. This will allow for more action gameplay while allowing maximum flexibility for friendly controllable AI units.

Combat
Combat will be a mix between Dota 2 & Diablo 3.We will have auto attacking within range of a selected enemy unit.Targeted/Skillshot Abilities that will require aiming and positional awareness.Passive abilities that auto-trigger on certain circumstances.Upkeep/Toggle abilities.

Towns
Our current goal with towns is for them to actually feel inhabited. To achieve this we're going about designing our towns with a very technical mindset. We first work out what the towns primary export is and then expand around that, making sure it would be self sustainable and also fit within the world and complement the areas around it.We then fill out the town with all its NPCs and their trades and their relationships with other members of the town. Our goal here is to have individual personalities for each npc that can be driven by the AI to create the feeling of a real operating town.

Heroes
We've got initial designs for 8 Archtypes each with 3 specialisations. Our primary goal when designing heroes is to make sure they are fun to play with some extremely creative and unique abilities. I don't want to get into anything too specific yet; but there's going to be some awesome abilities and combos available!

Character Loadout
For Character Loadouts we are borrowing from the concept of the "Pick-13" system in COD:AW.There will be a set number of slots for Abilities, Passives, Perks, Enchantments & Potions that will allow players to design and tweak their loadout for what suits them and their hero. 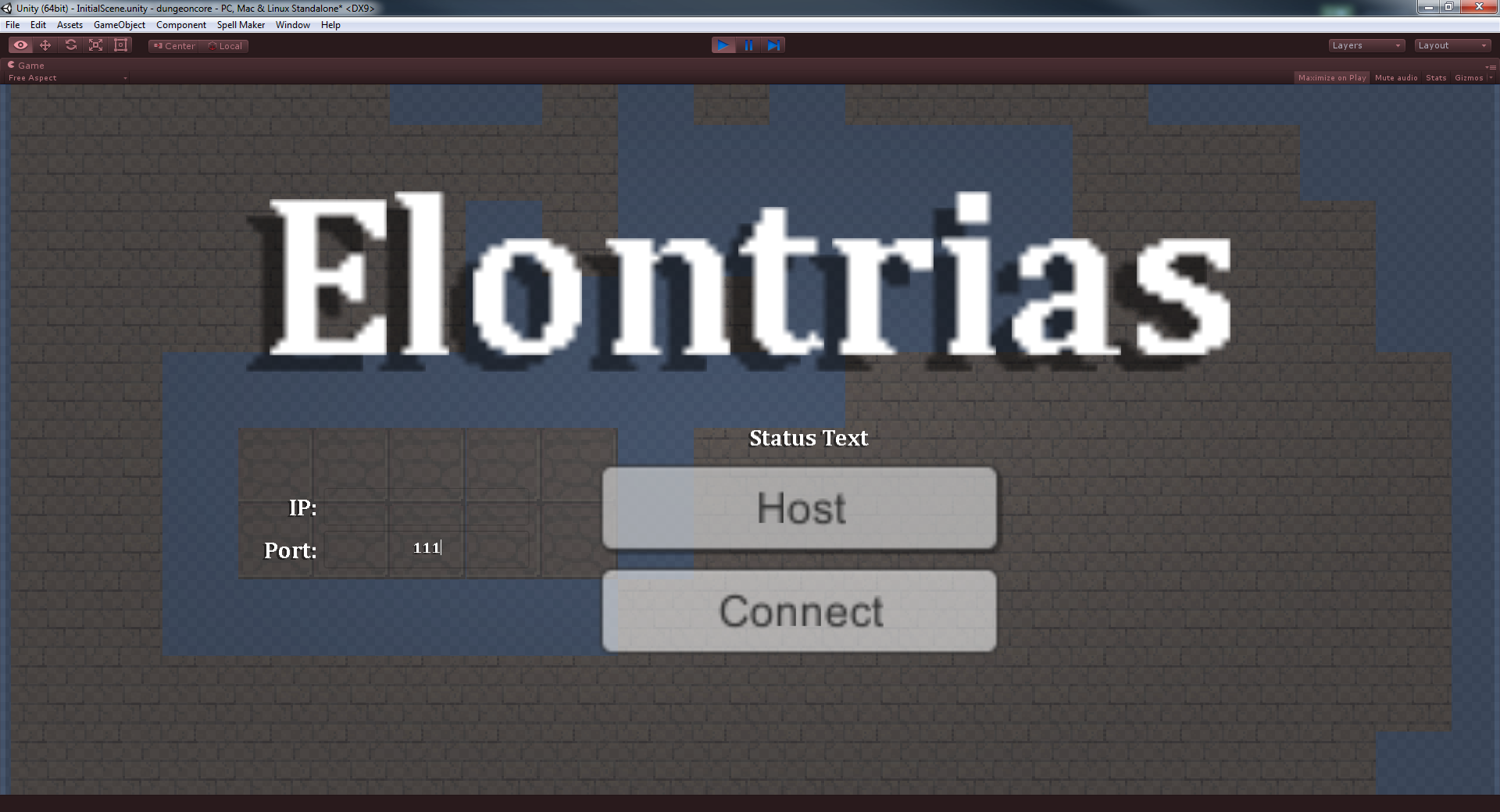 So, technically for the game we will be focusing on getting the underlying tools done for development at the moment, these tools will greatly increase final productivity rather than diving straight into direct code. It may seem like a slow start to begin with but at the end it will be easy to add or change anything. 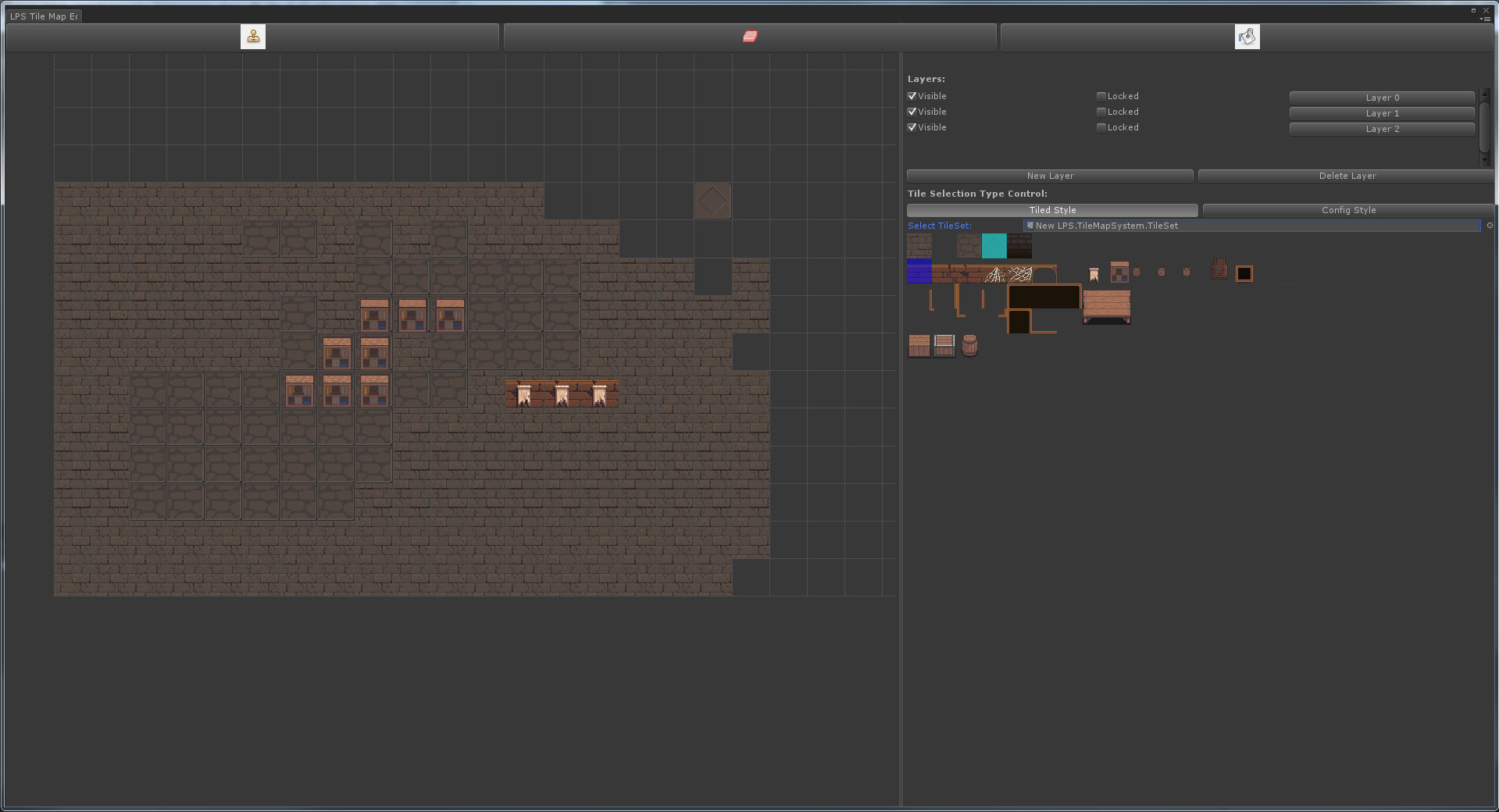 This will be the first tool developed for the game, as it will allow us to rapidly prototype town and map layouts. The primary goal with the TileMap System & Editor is to be easy to use and fast to get ideas out.

With that in mind, these are our list of features:

Picking Tiles from TileSet (With click drag and mouse down)

Scroll bar for too large TileSets

and placement via stamp tool

Ability to define custom properties for tiles (I.e for pathfinding)

Using the Unity 5 beta I've been playing around with the networking and the new UI features and have made up a rough mockup of the Host\Client UI that transfers the user into the world. I've also got a simple chat system utilising Unitys rich text option for the text field allowing for players to add formatting to the chatbox text.

ART LOG
Not too much to see here just yet. I'm currently establishing the style and working on the first towns tileset as well as getting the default animations down. Expect to see some stuff here next dev log!