We've captured some new, scenic screenshots of this upcoming dystopian third-person shooter. We will post the game on Steam Greenlight soon.

Hey folks, we are happy to announce, that Elite vs. Freedom will be posted on Steam Greenlight in about two weeks. We are working at the moment on a new trailer.

Meanwhile, here are some scenic screenshots: 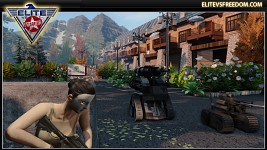 Aspen - a female Freedom insurgent in cover, while Elite ground drones are passing her. 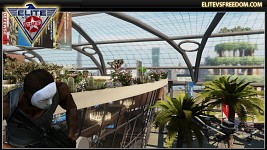 Dubai - a Freedom fighter is facing an attack by an aerial Elite drone. 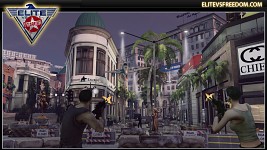 Hollywood - members of the Freedom are fighting against an Elite aerial drone and a SWAT officer. 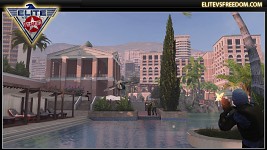 Monaco - an Elite SWAT officer fights against Freedom insurgents and an aerial drone. 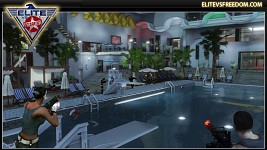 Rio - Freedom forces are in combat against a SWAT team. 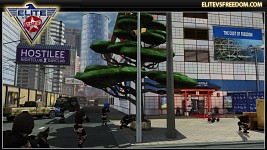 Tokyo - an Elite SWAT team is preparing to enter and clear the hotel building. 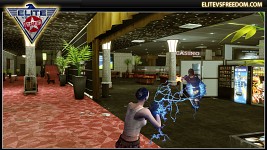 Vegas - a female Freedom fighter stuns the Elite opponent with her electric shocker.