Oh boy there is lots of monstrosities in the Miskatonics archives, we stumbled on old rugged folder full of pictures from some weird creatures. 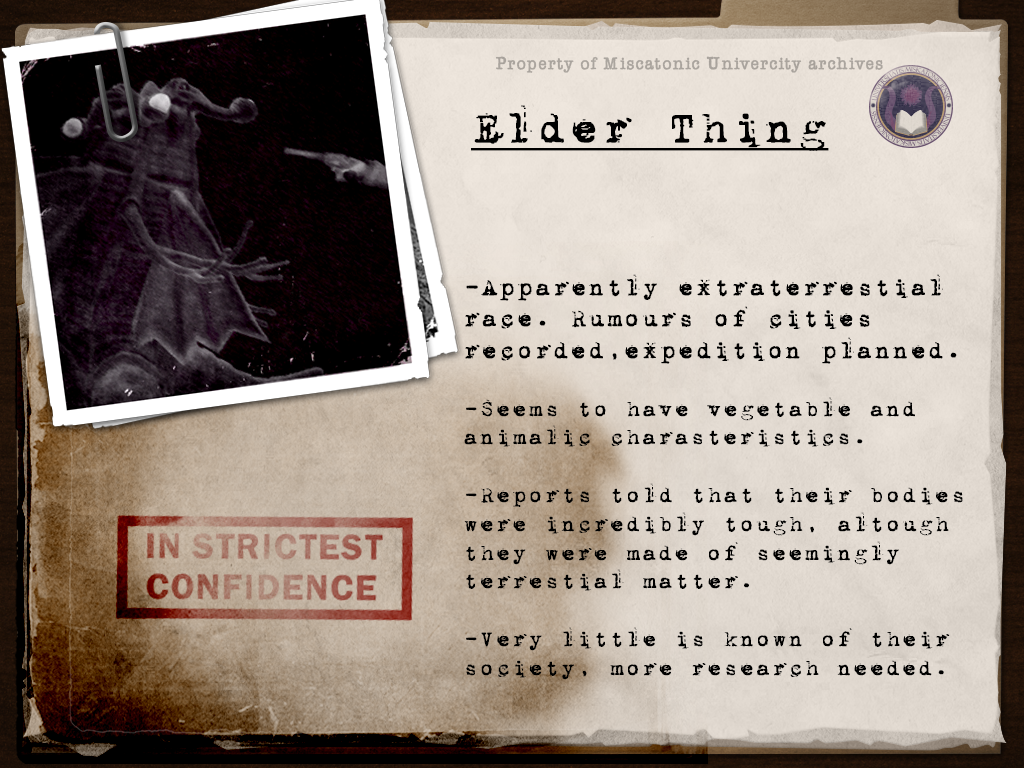 These so called “Elder things” looks more of a pineapple than terrifying entity but when closing some of them, observing one can clearly see them to be sentient. Rumours are told about vast cities and colonies this creatures have build billions of years ago. It is also said that the Elder things are creators of Shoggoths whom they used as servitors and beasts of burden. 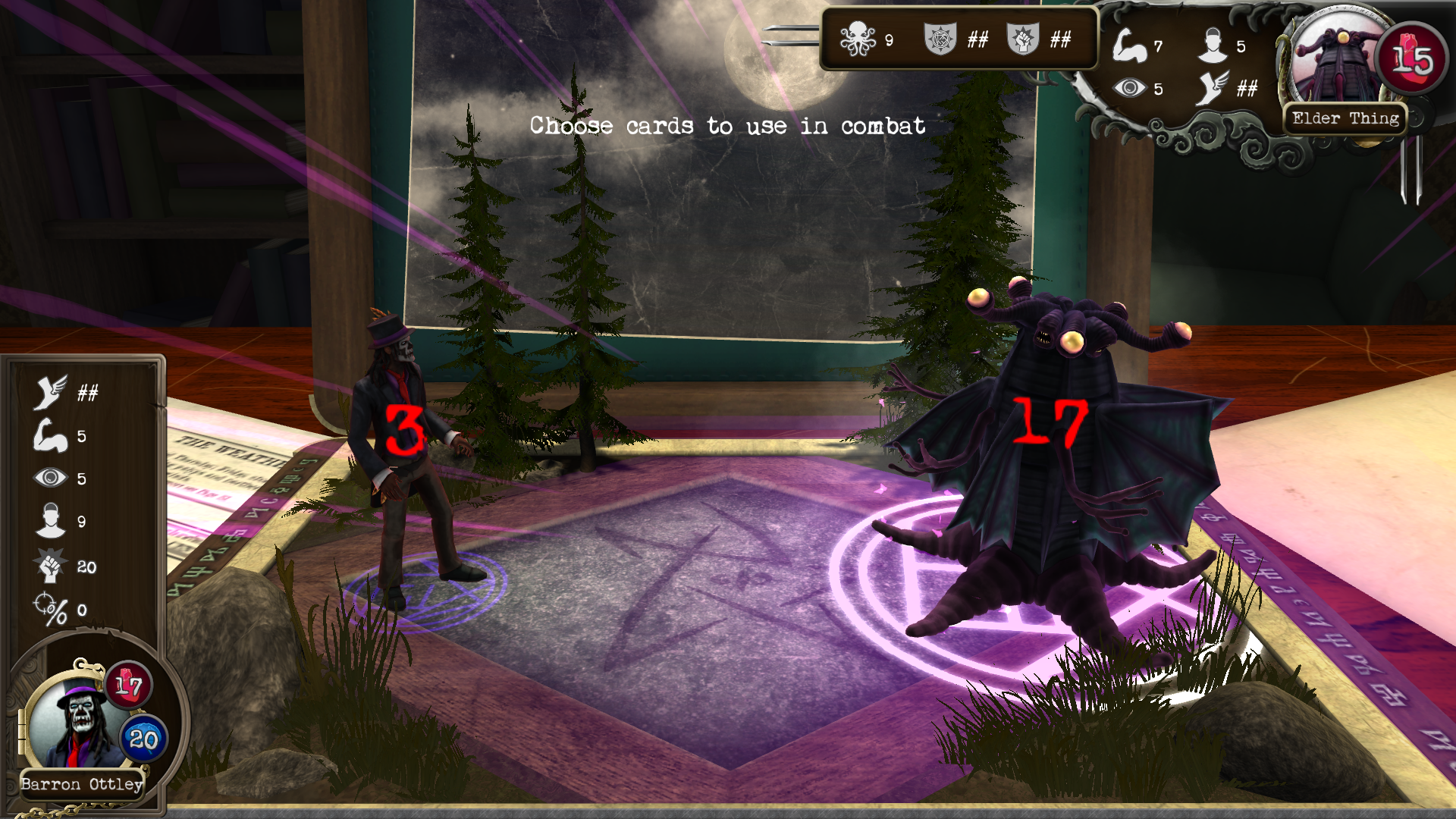