Today we thought we would give you a sneaky wee glimpse at the world of Pharus 7...

Until now you may have seen snapshots, this video however shows the hostile planet at its most benign. Our verdant paradise provides ample opportunity for players to harness the organic environment, gathering minerals in order to bolster your defenses in preparation of the belligerent dusk. At sunset the tranquil day gives way to the terror stricken darkness, the indigenous and injurious creatures of Pharus, drawn to the powerful energy of your Eden Kit will attempt to swarm your defenses, laying siege to your base and ridding the planet of your alien threat. 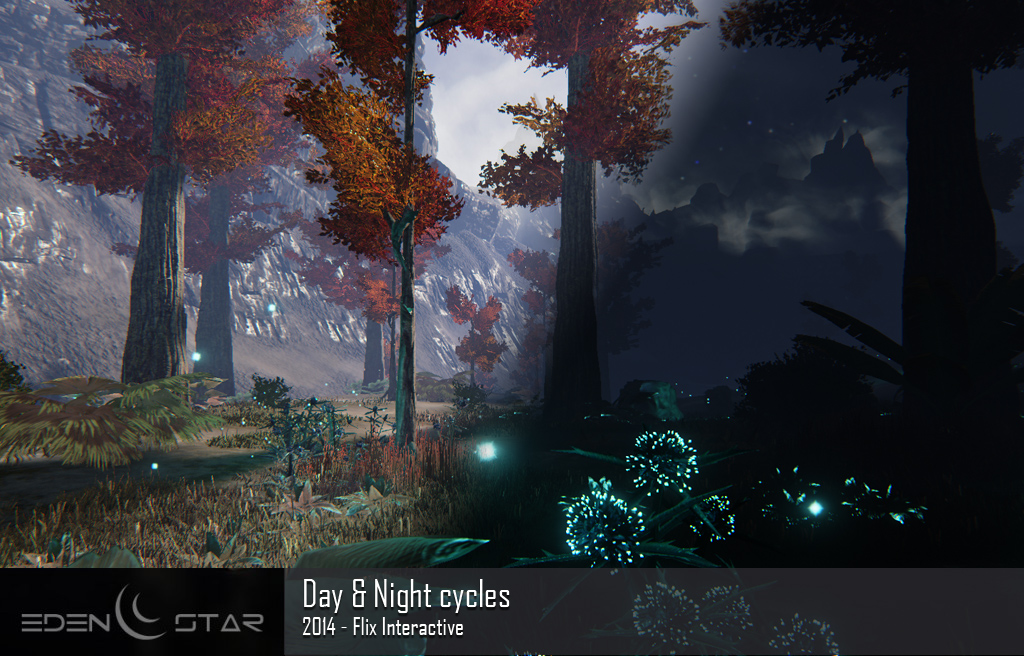 For later releases of the game we are working on making the air itself corrosive on the planets surface. During the day sunlight will alleviate the deadly effects of the atmosphere, Meaning resource rich caves becoming a tempting but potentially fatal foray into darkness. The deep shade of the forests will be an intimidating prospect, forcing players to improvise, blasting and shooting out the canopy to feel the reassuring warmth a distant unearthly sun and providing respite from the toxic atmosphere.

In Eden Star surviving the night requires a conglomeration of ingenuity, preparedness and skill. Hunkering down and waiting for the dawn is simply not an option here, on Pharus 7 the night is most deadly before the dawn. Each day on Pharus is a reward, not a given.

If you've got anything you want to say about today's post, or anything else, why not post on:

As always, if you haven’t already, you can play the Pre-alpha Combat Tech Demo now by pre-ordering Eden Star here! Only $15 gets you the UE3 Tech Demo and full access to the UE4 based Alpha and beyond!

Massive thank you Jetcutter for your support, the team are working extremely hard to try and get our early access release as solid as possible. Please share your feedback and what you want to see most in Eden Star.