Cirdan will get a new concept in version 4.5 making him more usefull for Rivendell, and better fitting to his role as a master craftsman.

The biggest change in 4.5 will be without doubt the siege and economy overhaul, however we also try to improve other facets of the game so that every the player finds something to look forward to in each update. Today, we want to show you our latest rework:

The Lord of the Grey Havens, Cirdan, was the wielder of the Ring of Fire, Narya, and the only named elf to ever be able to grow a beard. His implementation in the mod acknowledges all those facts but it did not yet show his full power as a master shipwright, his skills which he had honed over the many millenniums of his life creating beautiful ships. But that was all before, now Cirdan's abilities have all been changed to exhibits his role as a Shipwright, a wise prince and as the Lord of the Grey Havens in addition to increasing his strategic uses. His abilities are now unique and his role as a hero of Imladris is more fledged out than ever. 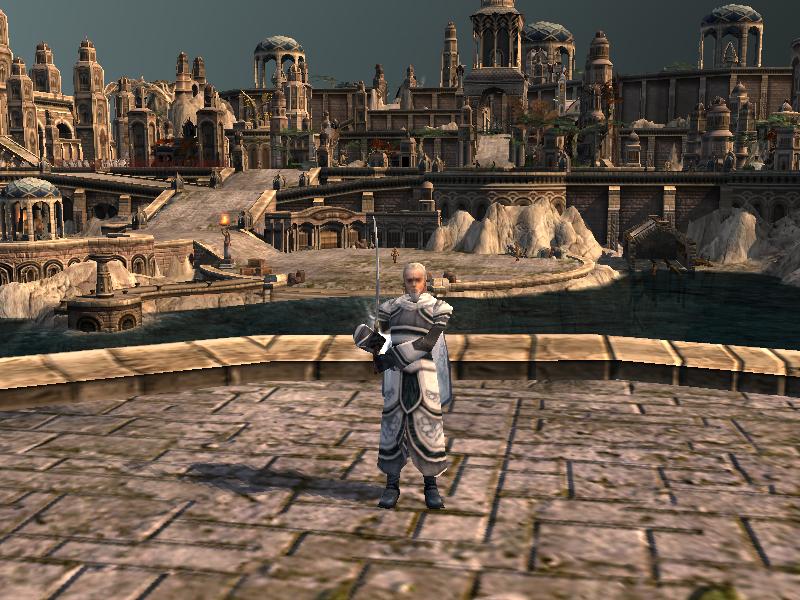 "Very tall he was, and his beard was long and he
was grey and old, save that his eyes were keen as stars..."

Cirdan's core concept hasn't changed, he is still recruited from the Lindon Tower and still attacks with his sword, bringing down on his enemies the wrath of the Elves. However his abilities have now changed, tying the in-game hero closer to the lore of Tolkien's character as a shipwright of talent and an elf of great knowledge.

-Lvl 1: Narya's Inspiration- Cirdan uses his Ring to kindle fiery courage in the heart of his allies. Units around Cirdan gain +25% armor. When the ability is activated the bonus will be increased to +50% armor and damage. However, once the duration of the ability expires the passive leadrship will be disabled until the ability is fully recharged.

This ability remains unchanged, it is reminiscent of the power that the Ring of Narya gives the user, not in magical strength or destructive might but rather in the ability to kindle the fires of battle even in the most cowardly of beings. Giving the player the chance to decide between a lesser constant armor buff or a greater temporary armor and damage boost, perhaps strong enough to turn the tide of battle in favor of Imladris.

This ability's concept is the same however its effect has changed, it now provides much stronger upgrades grouped together instead of spread over multiple stages. Instead of slowly increasing every stat, every new level will bring one big improvement to one of the stats.

-Lvl 5: Master Craftsman - Using his knowledge as a shipwright Cirdan will repair the target building, ship or siege engine and allow it to deal double damage for 30 seconds.

Cirdan's ability to heal units never made much sense, he was never known as a great healer, like Elrond, in the same way he was known for his skill in crafting all manners of engines. Additionaly, Cirdan is balanced depending on his role in Imladris, a faction which already has diverse range of healing abilities affecting both units and heroes but lacks a good repair power despite being a faction meant to be able to endure, meant to oppose all evil.

-Lvl 7: Into the West - All units in the target area units travel to instantly to Cirdan.

This ability has the most strategical possibilities. The player can choose to use it in any number of ways such as to retreat back to the fortress, to reinforce the frontline with new forces, to move big amount of an army in order to flank the enemy. With this rework, all will fear to see fully armored, battle-ready troops appear next to Cirdan or curse his name as a weakened hero escapes their grasp.

-Lvl 10: Ulmo's Aid - With the help of Ulmo, Cirdan strengthens all allied ships, buildings and siege engines on the map granting them +50% armor for 30 seconds.

Ulmo's Aid is a massive boost in armor to all siege units, building and ships which is mainly used for defensive purpose, to sustain the onlsaught of a siege. However, a strategic player will immediatly see other uses for a spell affecting such a diverse range of units, but that is up to you to discover.

From a lore perspective it would make more sense to center Cirdan's power solely around ships since it was his true passion and skill. However from a gameplay perspective it would restrict Cirdan's use to maps where ships are available, in addition naval warfare is not the most common form of battle in the mod which would have resulted in him being recruited very little. Instead, we decided to center his abilities mostly around siege engine and buildings but also add in the ability to affect ships in order to tie the in-game hero to the character. Of course these tweaks will also affect the version of Cirdan that can be recruited in Arnor but we are keen to believe that it is for the best.

Thanks to The_Necromancer0, who wrote this update text for us.

I hope this means that other heroes will be overhauled such as Angmar Witch-King and the Dains.

I agree, especially with the Witch-King. As a ring hero, he is weak compared to all the others and he stays pretty much the same, granting only a nice debuff of 25% to all enemy production buildings. He should gain some more powerful abilities like Sauron.

As I experienced, it is stronger than most players anticipate. Since it is a passive, indirect buff for the player, it may seem that he is weak, but it makes it very hard for the opponent to keep up economy-wise.
Especially, when you start to destroy your opponent's settlements

I will never understand ppl who say his ring hero form is weak. The eco debuff is devastating in addition to which he can freeze entire armies allowing you to rain down dmg whilst taking none.

I love the dumbledore lines/voice, that's why I always recruit him xD

i agree. like with Sir Christopher Lee's Saruman lines, i feel that both him and Richard Harris are still with us in spirit, living on in this wonderful mod

That is actually false, ther is also Mahtan!

You always take a gamble when making a definitive statement about anything concerning Tolkien's universe. I took that gamble and it looks like I lost :D

Sweet! This will make Cirdan a much better hero, although I will miss the ability to view the whole map...

You won't have to miss it.

No 4.5 yet, they are just giving us a sneak peak at a change that will come with it when it is released.

Once 4.5 is available there will be an announcement stating it clearly such as "Edain 4.5 Out" or "Edain 4.5 Release".

Hmmm I just wonder if it's worthly to give lvl. 10 instantly train units to building in which you can buy max 3 battalions. Or there're more changes...

I've the same question than you.

This is TEA's Cirdan with a different body texture (that I think is still composed from other TEA textures). That's not cool. I know this Cirdan model has been in your mod for a long time, but it's still not yours to use.

If you're going to spotlight this hero, use it as an opportunity to discard this bit of stolen art and do your own.

It's not stolen, I checked myself and credit is given in the Readme file of the Mod as allowed by Celeglin.

You're right, TEA's website does say that. Seems I spoke too soon. Although it says nothing about modifying the art before using it (most modders don't approve of that), and it requires a link to TEA's website in the credits (which isn't in Edain's credits).

It just feels lazy to me. This is a big mod with a capable team - they can do better than slap a 'new' texture onto someone else's model. They could've also mentioned the original author in this article and given a link. That comes off as dishonest.

Can't say anything directly, as I have only the same information as TheNecromancer.

you cant make in first mins

I am really looking forward this. :) seems perfect.

Hi, Great Job! Cirdan and his Guardians are among my favorite Units

Well i like it but not the everything. I think Ulmo's Aid and Master Craftsman are a bit similar. Still now he will be much better!