Solux Interactive glad to present the game we have been working since July, 2017! Ecopoiesis is a top-down action game in which the player needs to protect the structures (and themselves) from enemies for a certain time on dozens of missions throughout the planet. This game has a unique gameplay, which is hard to compare with other games.

Posted by soluxinteractive on Nov 7th, 2017

Imagine a near future. A world in which humanity has undergone a scientific and technical breakthrough and has gone beyond our solar system. Colonizing all the suitable neighboring planets we dared to interstellar travel, sending several spacecraft to distant stars to colonize their planets. And after many decades, they finally arrived there, starting a new story for humanity...

The success of the colonization of the planet depends on many factors, and the very first of them is the creation of suitable conditions for the man's stay on it. Scientists and engineers have created all the necessary complexes that will help the first colonizers step on the planet, but it takes time and effort. In order to provide safety to people, automatic climate change stations, suitable atmosphere generators and robots were sent to the planet first. Their goals are to monitor the processes and perform maintenance tasks, keeping stability of terraforming systems.

Scientists have counted all the factors that required for the successful colonization. But all the exploration probes and the satellites haven't seen the planet already contains its form of life, which was hidden deep below its surface...

The player controls one of the drones that is part of the main landing module with the atmosphere generator. The main task is to protect this structure from enemies, which, due to their ferromagnetic nature, are trying to destroy it and other modules that operate with a lot of energy. Later, engineers suggested how to counteract thess Ferrites, as scientists called them. Overloading drone's own reactor, it can effectively neutralize these ferromagnetic creatures, without providing any damage to landing modules. 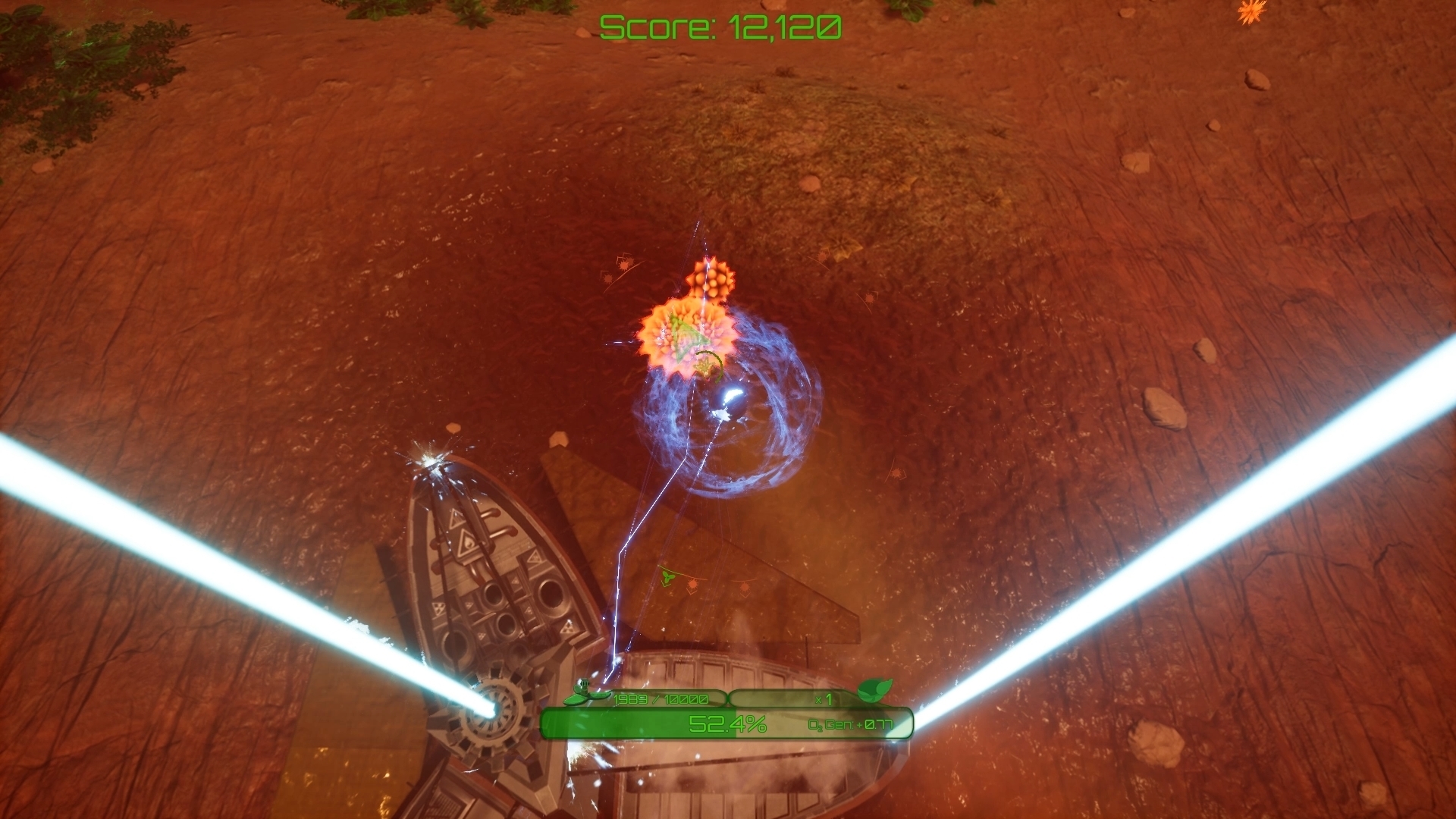 The main generator creates an atmosphere inside a special energy dome, creating some kind of "greenhouse" that holds the air inside. Having reached the necessary minimum of oxygen, suitable for people's lives inside, the reactor can be stopped so as not to attract all the ferrites around. 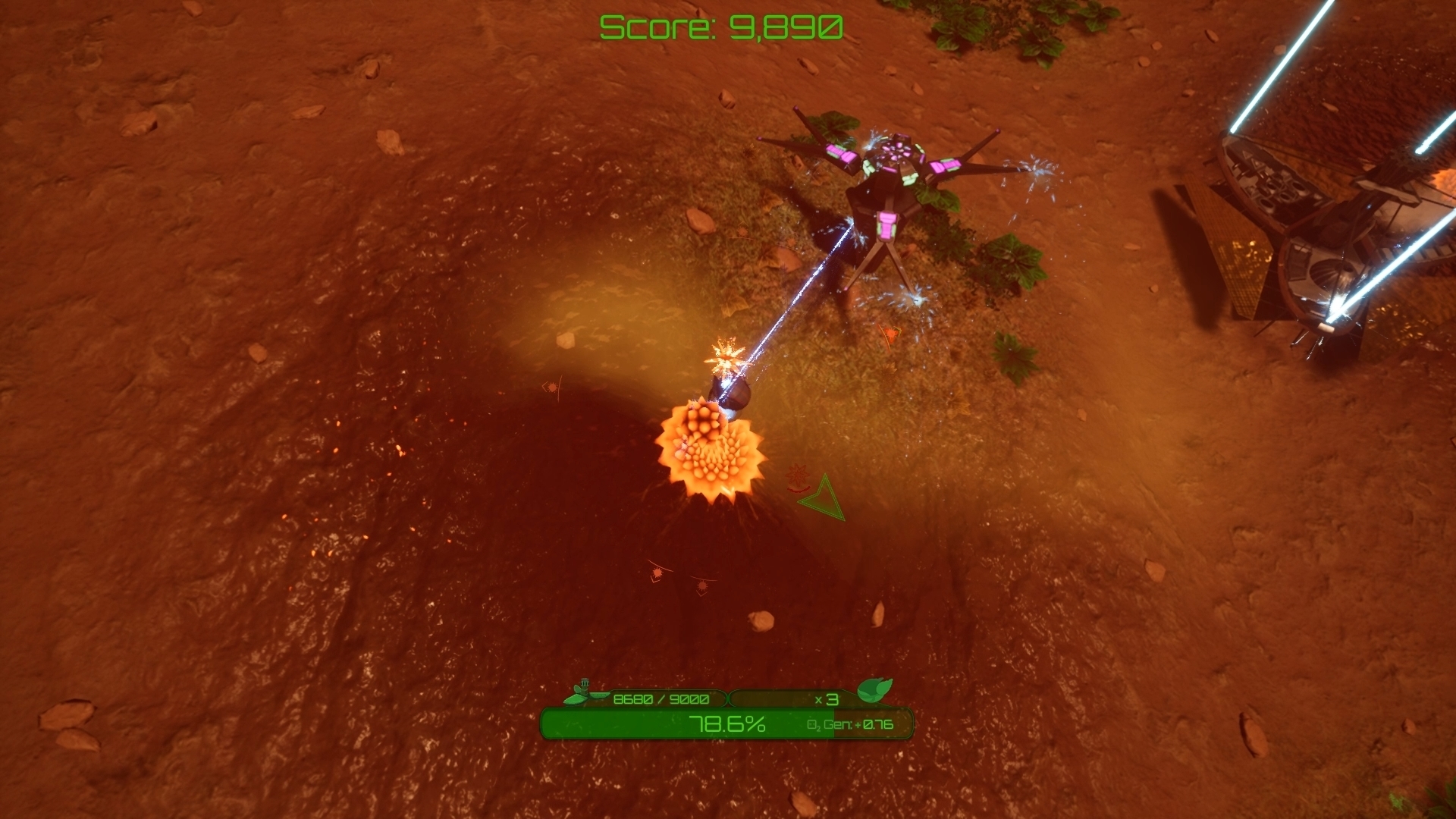 Terraform the planet.
Protects modules that are priceless for the mankind.
Explore the planet and its inhabitants.
Improve drones and modules to increase chances of successful colonization.
Find your own tactics of confrontation with enemies. 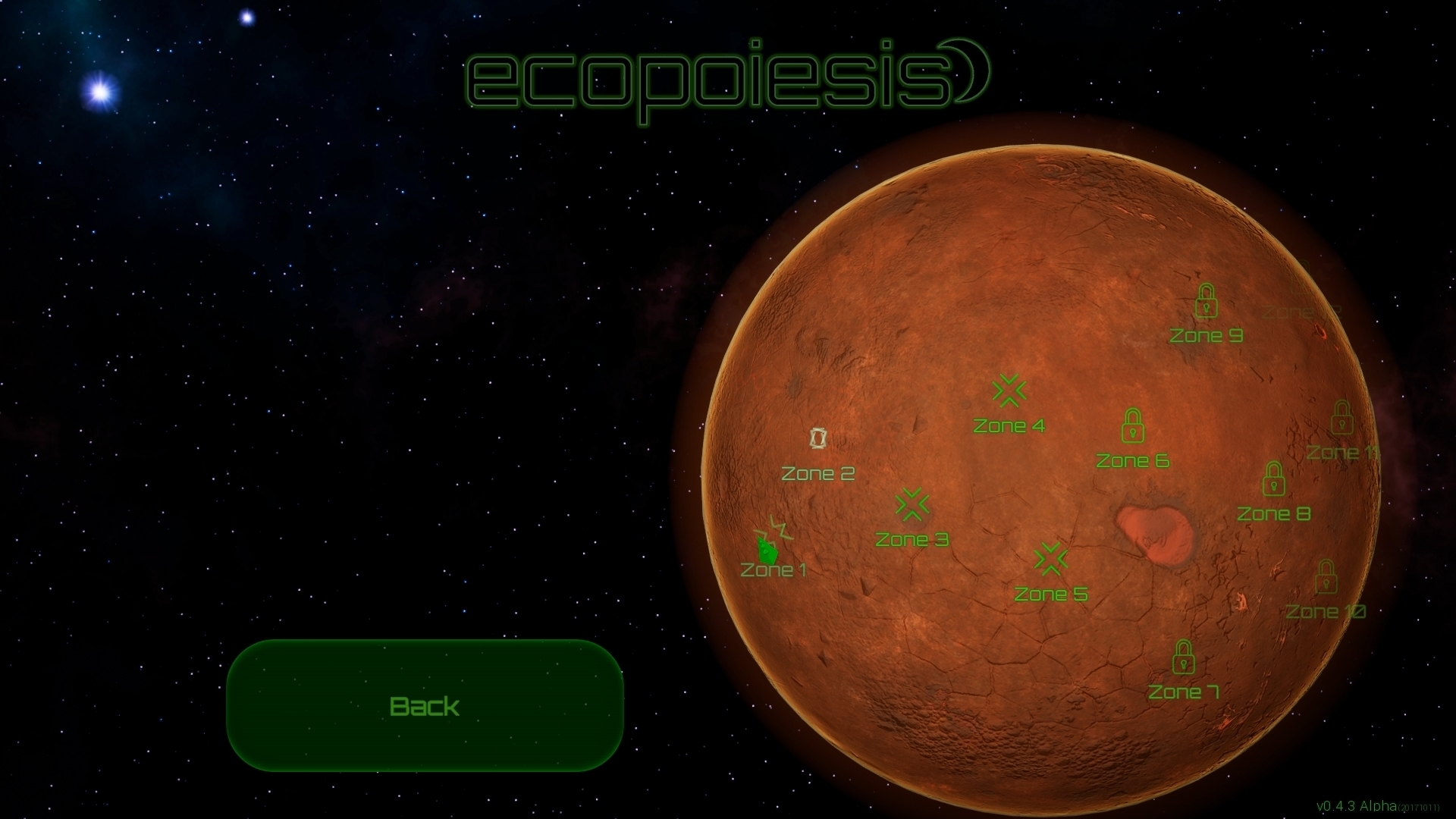 The future of the colony is in your hands!

Currently it is in closed beta state and will be available on Steam (Early access) on 7th December, 2017!

Also, if you like the game, please support us on Indiegogo