This week I have began working modular difficulty system.

This week I have began working modular difficulty system.
First thing I have to do is to make mission overview screen and I have spent this week trying to make it.

Yes, whole week for one interface.
In my defense, it's really hard to make interface that's both informative and looks cool. That is exactly what I want from mission overview.

Modular difficulty system is big, complex, awesome thing and I need to show that in mission overview screen.
I need something cool to represent it, hopefully I'll get that next week.

I'm about a week away from being able to update game with one of the most ambitious features, so I figured I'll write shorter echo this week and work longer on the game!

Until next week! Or game update! 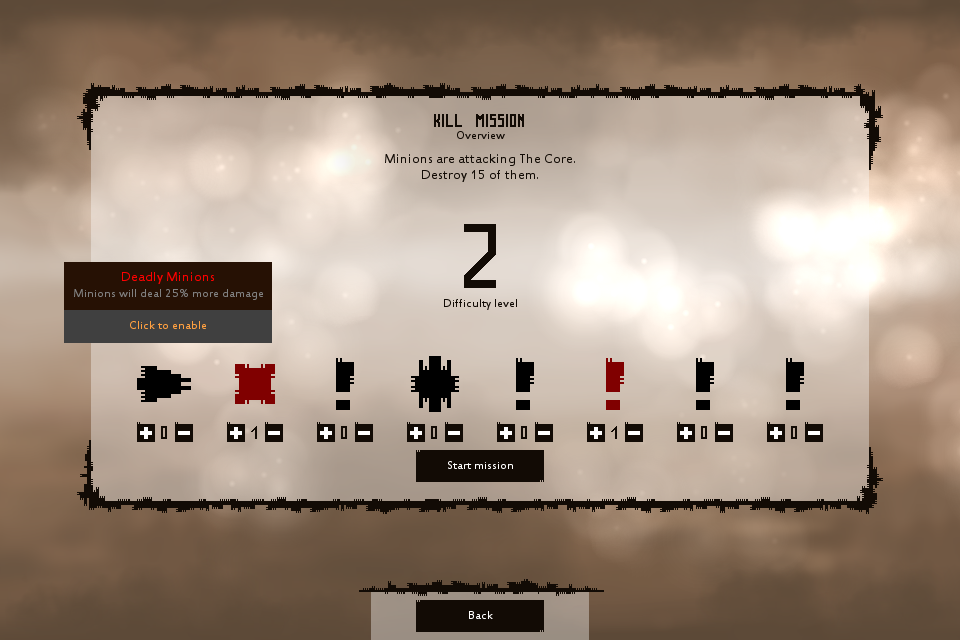