A showcase of new and reworked Star Bases as well as a new feature that has never before been implemented into a mod for Empire at War...

Welcome everybody to our 15th News!
Today we are going to show you our new and/or reworked Star Base models as well as a WIP feature which has never made it into an Empire at War mod before.

Since Star Bases in the original game never posed a real threat, we decided to give them a lot more firepower as well as increased shield strength and armor. This makes them capable of withstanding the attacks of large fleets which you're going to command in Space Addon.

This is a reworked version of the standard Empire at War imperial Star Base. 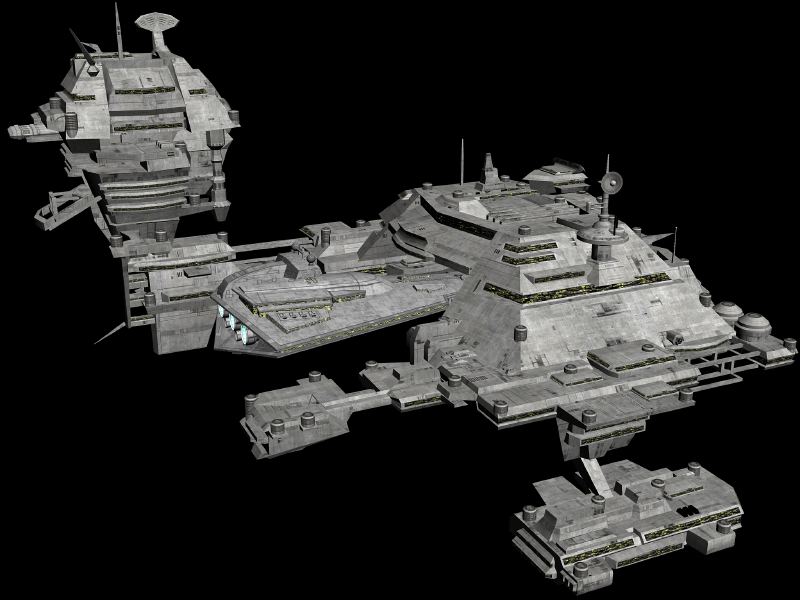 The following image shows a modified version of Warb_Null's Family Star Base, which is based on the Home Base from the game X-Wing Alliance. In Space Addon it will serve as a replacement for the original Rebel Star Base. 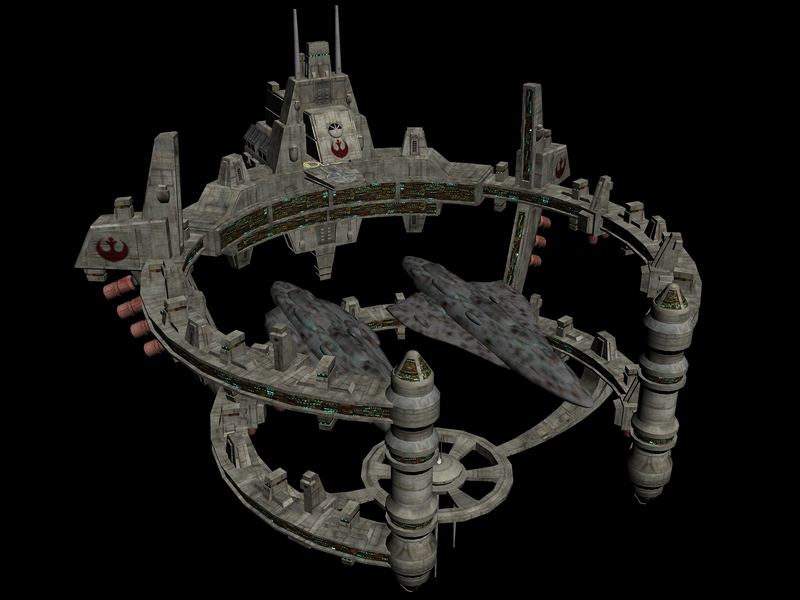 As you may have noticed there are ships docked at both Star Bases. We are currently discussing whether we want this in-game as well. If we attached these ships to the bases they would provide additional firepower for the Star Base, however they would be stationary and not controllable for the player. As I said we are currently unsure whether we want to implement that or not, so maybe leave us comment with your thoughts.

At this point I would like to introduce our new game play feature, which is currently still WIP:
The Diplomacy and Influence System

So how is this going to work in-game?

We will divide the Galactic Conquest map into Sectors. Each sector will contain at least 4 and at max 7 planets. All the planets have an Influence Value that represents the influence of the current owner on a planet. If a player loses a planet to his enemy it will decrease his influence on all other planets controlled by him in the same sector. This works of course also the other way around: if you conquer planets you will gain more influence on your planets.

If the influence value of a planet drops to 0 its owner will change to neutral. All structures on the planet at this time will be destroyed, however all units and heroes will be transported to another planet controlled by the player.

This system also offers a new possibility to take over a planet. Each faction has a Diplomat unit which is able to decrease the influence on enemy planets and eventually take them over. However the player needs to occupy at least one other planet in the same sector to use a diplomat.
The sad news is that we can't guarantee that this system will run when it is finished. The game has to handle a lot of information at once, so we cannot be sure until the system is completed.

That's it for today! Stay tuned for more!

i have a sudgestion you could have the ships at the bases as an upgrade option either more shielding/armor of more firepower/docked ships? just a suggestion

Thanks for the comment!
That is actually a great idea! I hadn't thought about doing it this way yet :)

I'm Not sure if you can do this but what about an un-dock upgrade for them? so if you need extra help you can just undock them or have them jump in and dock like bartpp7 said as that would be good oh and i love the idea of the diplomacy thing that sounds an amazing idea. :) Keep Up The Good Work!!!! Promie

I agree. It would have looked a little weird if the ships that were docked would shoot, becouse if they are docked they would most likely not have any crew in them

What do you mean by a work in progress? Do you mean you already have some of its mechanics working or are you still trying to see if you could find some way it could work? This definitely sound innovative and I really like innovation. :)

Yes, the basic functions are already working. At the moment the game is able to notice changes in planet ownership and it already manages influence values accordingly.

Will their be diplomatic sabotage and propoganda?

1. What do you mean by diplomatic sabotage?
2. We are currently discussing several ways to increase the influence on your own planets, one of them could be propaganda, however we are not sure how it will be implemented in the end.

i think he means "diplomatic, sabotage and propaganda"...

I like the original idea of star bases getting an amount of reinforcement ships over X amount of time. Maybe have a repair facility at the starbases so docked ships will contribute their weapons only as their shields would be offline to repair them. This would be the flip side to docking ships as enemy raiding partys could target them independently so you wouldn't want to many docked at once turtling at your base making the place unattackable.

Please make this; I remember when this started off as an itty bitty ship addon for that other filefront site (in which the creator kindly added my favorite tie-wing, the Tie-Droid, after requesting it!) and now you guys are seriously amazing.

I absolutely cannot wait for the next release.