After almost six months of silence, the new version is ready to be downloaded!

It has been a long time since the last announcement we posted. After several months of silence, yet working non-stop in the shadows, we prepare the release of the new version. A lot of things have happened so let's begin with the bad news so we save all the good stuff for the end... 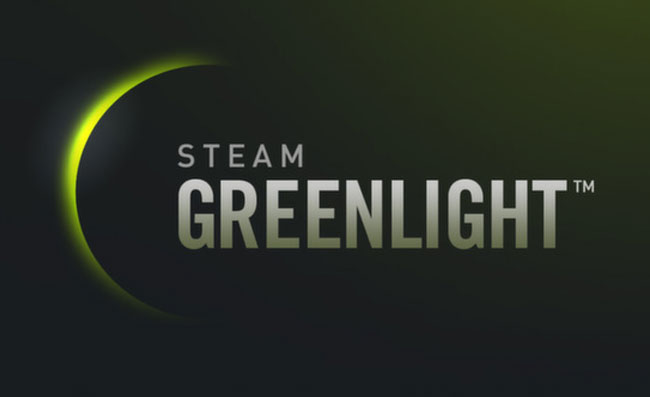 At the moment we are still working on bringing Eastern Front on Steam. So far we have some build to test, but unfortunately Eastern Front cannot run as a Steam game at the moment. Thankfully Relic is helping us with this and they have supported us during all the Greenlight process. Let's hope they bring good news to us soon :).

Now let's focus on the rest of the announcement on the good news!

Changes for this version

As we said in our previous announcement, the Soviet and Ostheer armies got several changes for balance's sake, in our internal test the gameplay was improved, so we hope you can agree with us. We decided to call this version internally the "Pre-Steam" version, because it will be the last version we release only in ModDB. As such, it is intended to be like a beta of what the Steam version will be, and you shold expect some stuff not properly finished so, please report anything odd you find so we can fix it for the Steam version. This version already works with the latest version on Steam.

The ZiS-3 field gun will be added in the Support Barracks replacing the ZiS-2, while the former will be unlocked when picking up the Propaganda Strategy Tactics Tree second upgrade in the right hand side.

The Commissar call-in was replaced by a "Commissar" upgrade. When you unlock it on your Propaganda Strategy tree, it will enable an ability that allows you to select and instantly upgrade a conscript squad into a Shtrafnie squad. This new squad gets three PPD-38 submachine guns, increasing their firepower in close combat. Regular Conscripts also got an improvement so early game combat against enemy units is better. The most easily things to spot in this new version are: 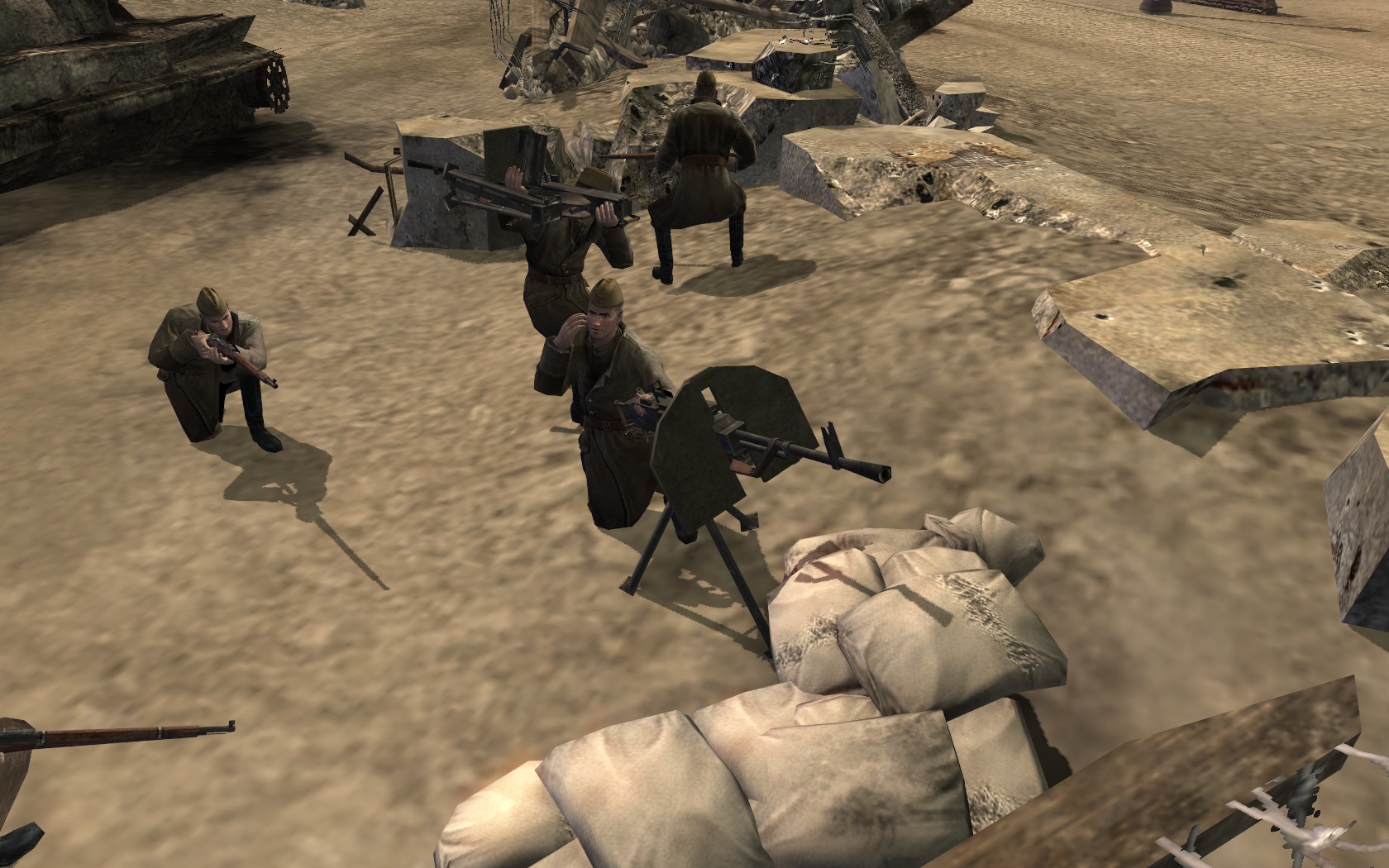 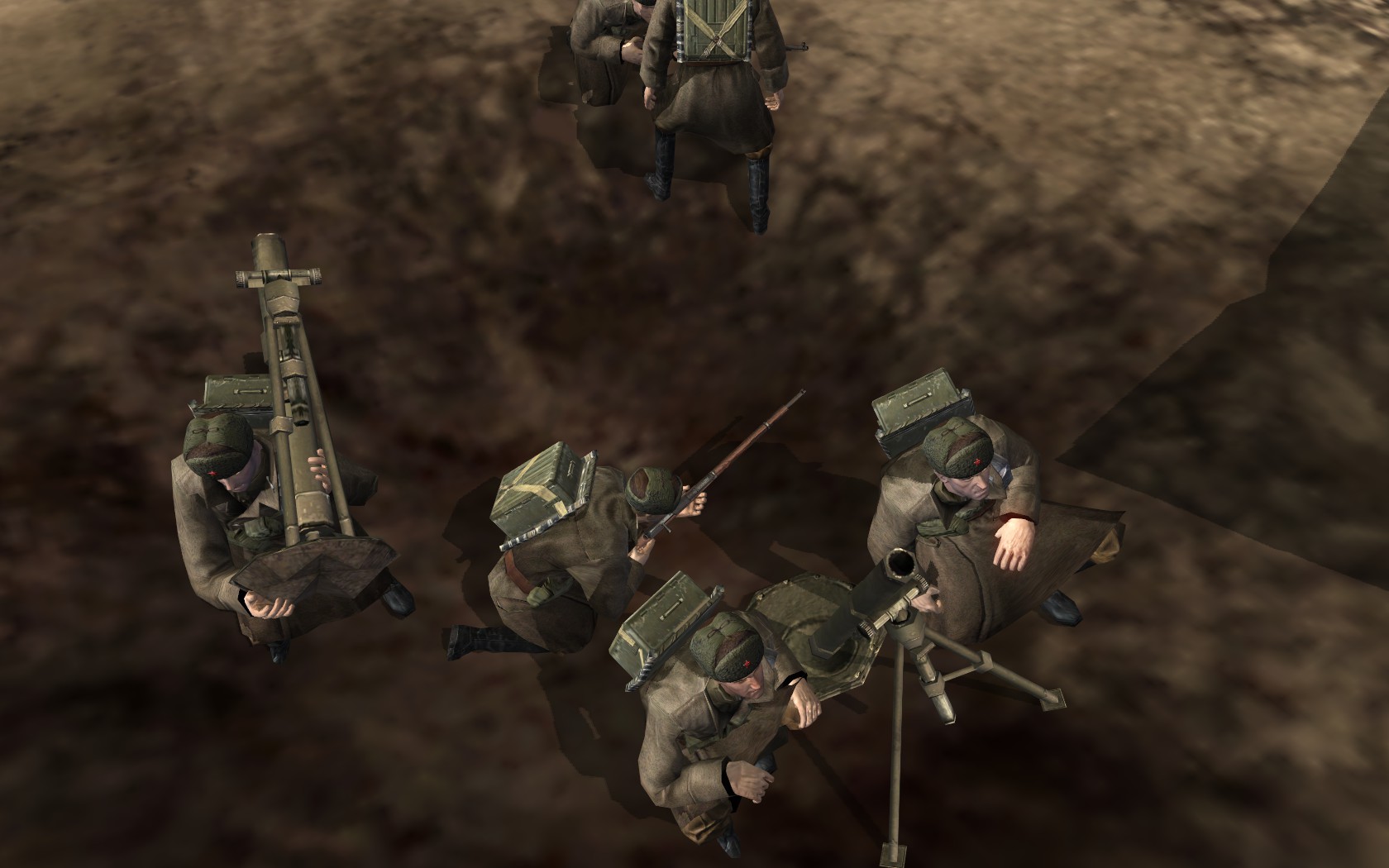 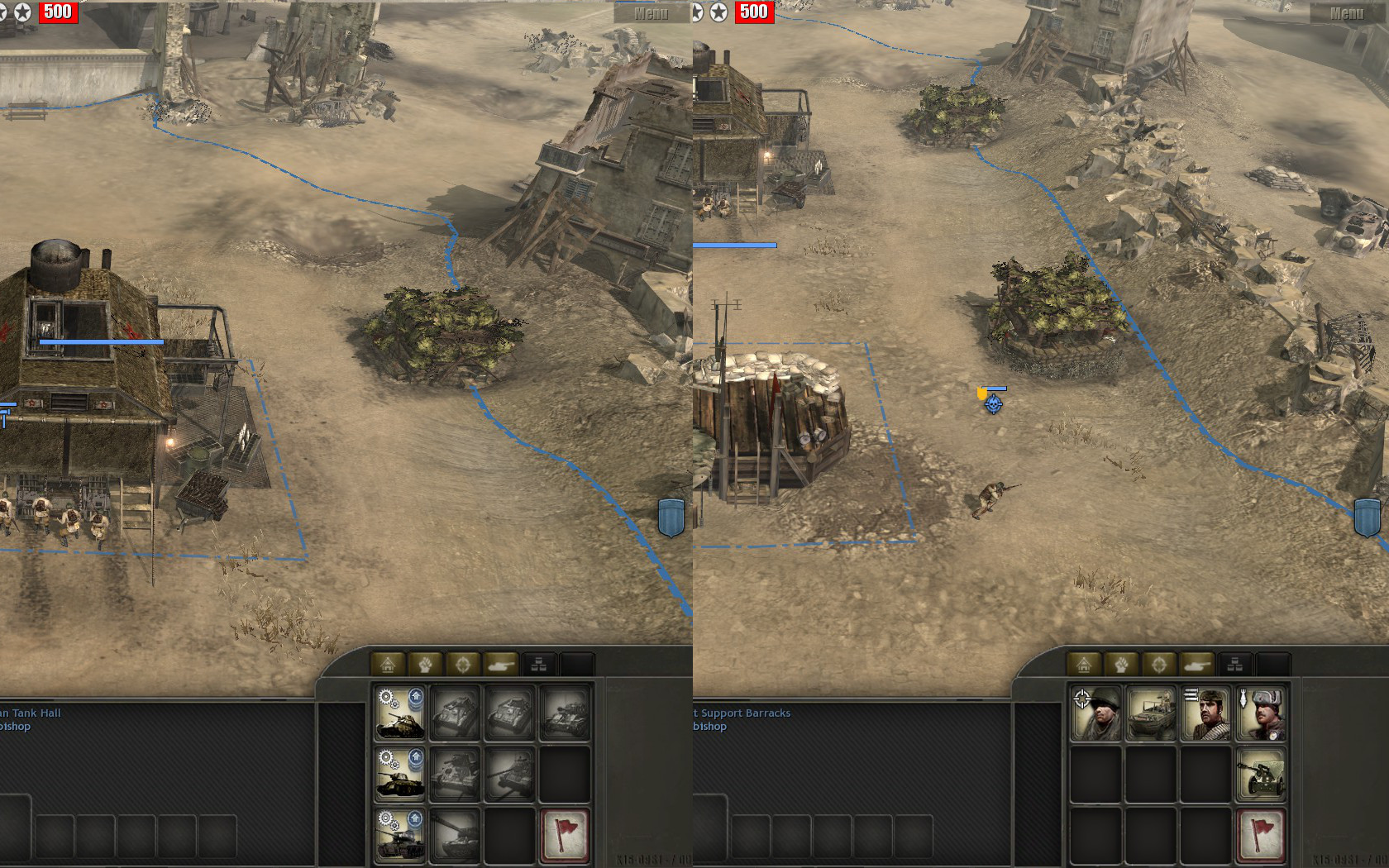 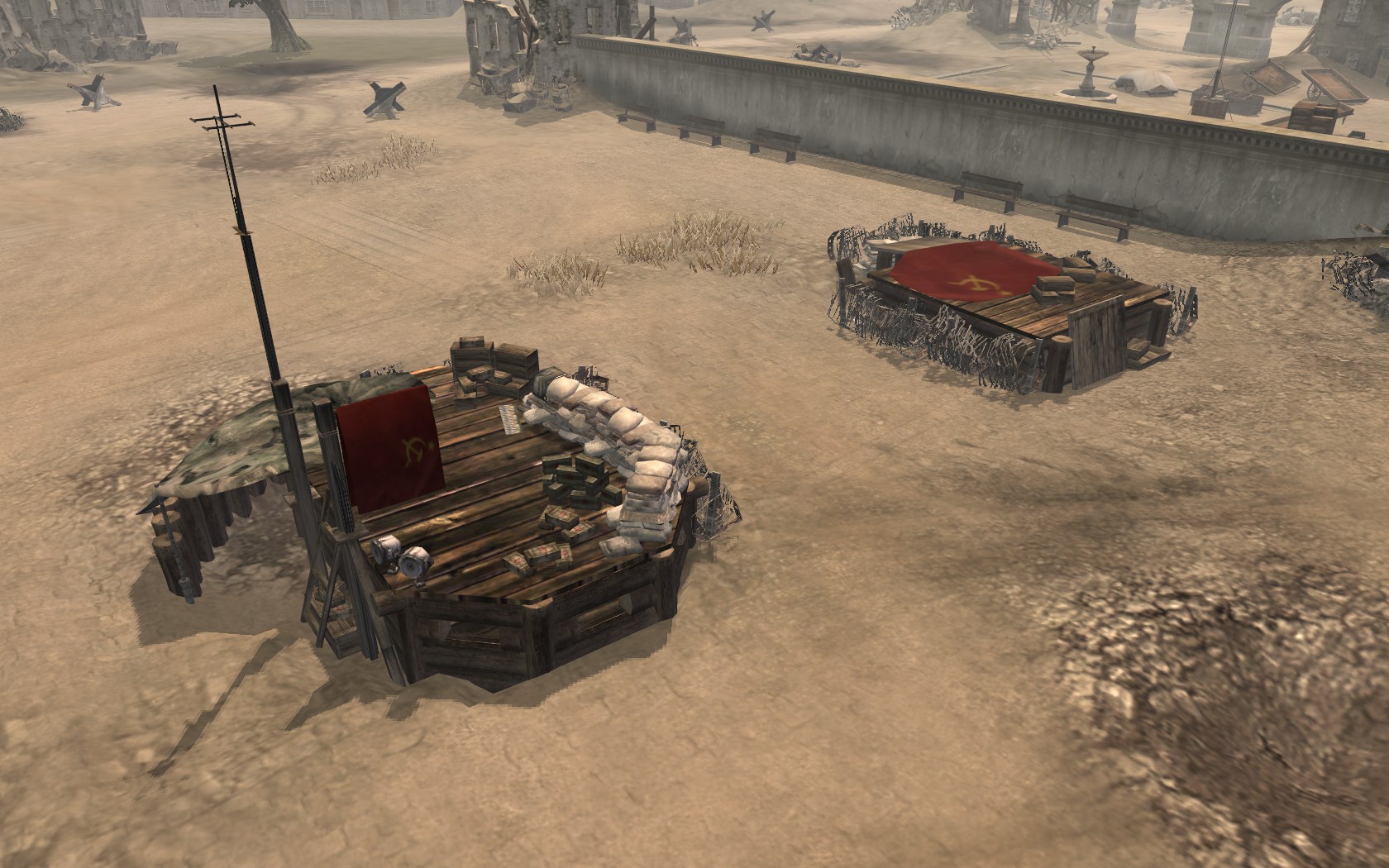 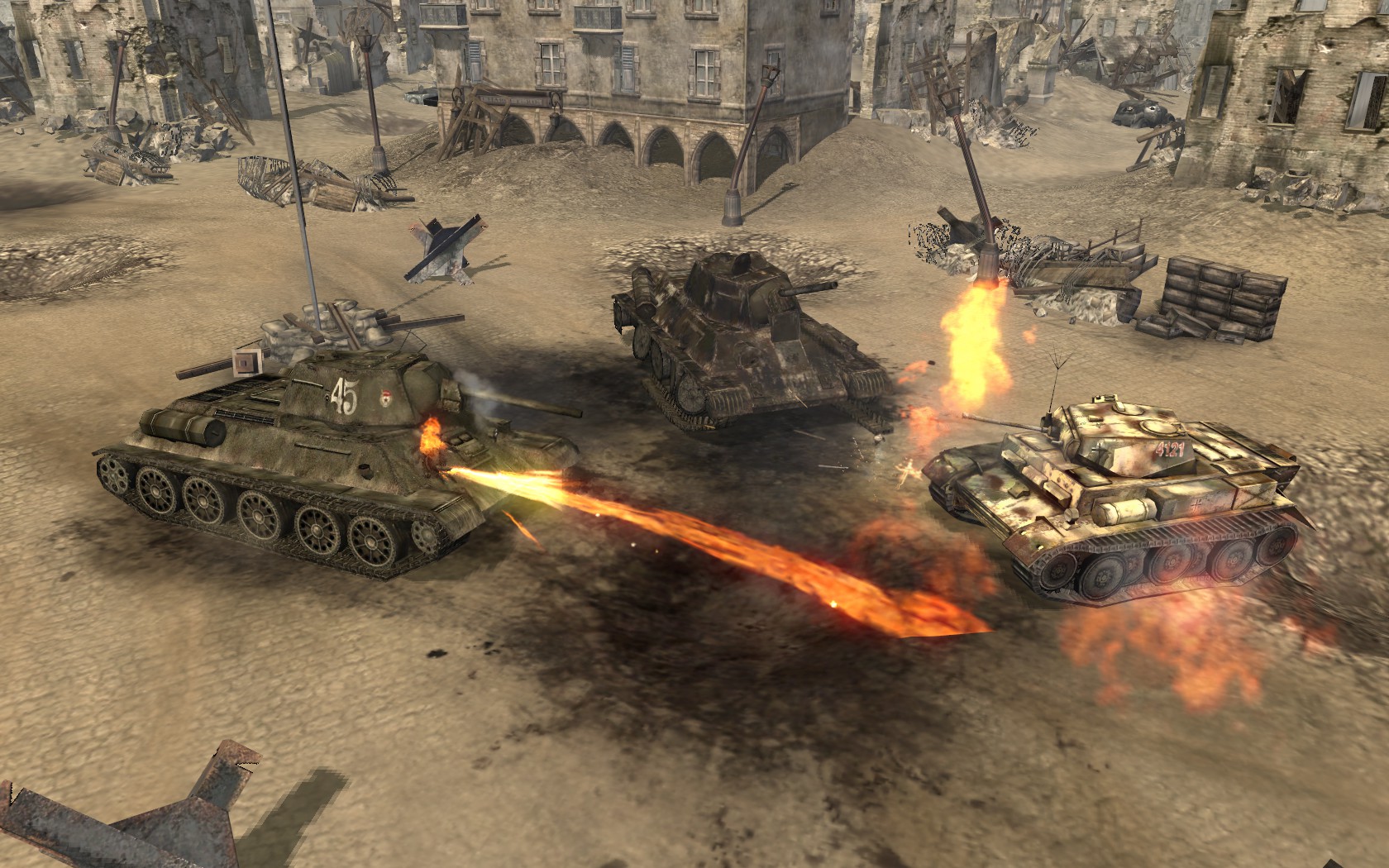 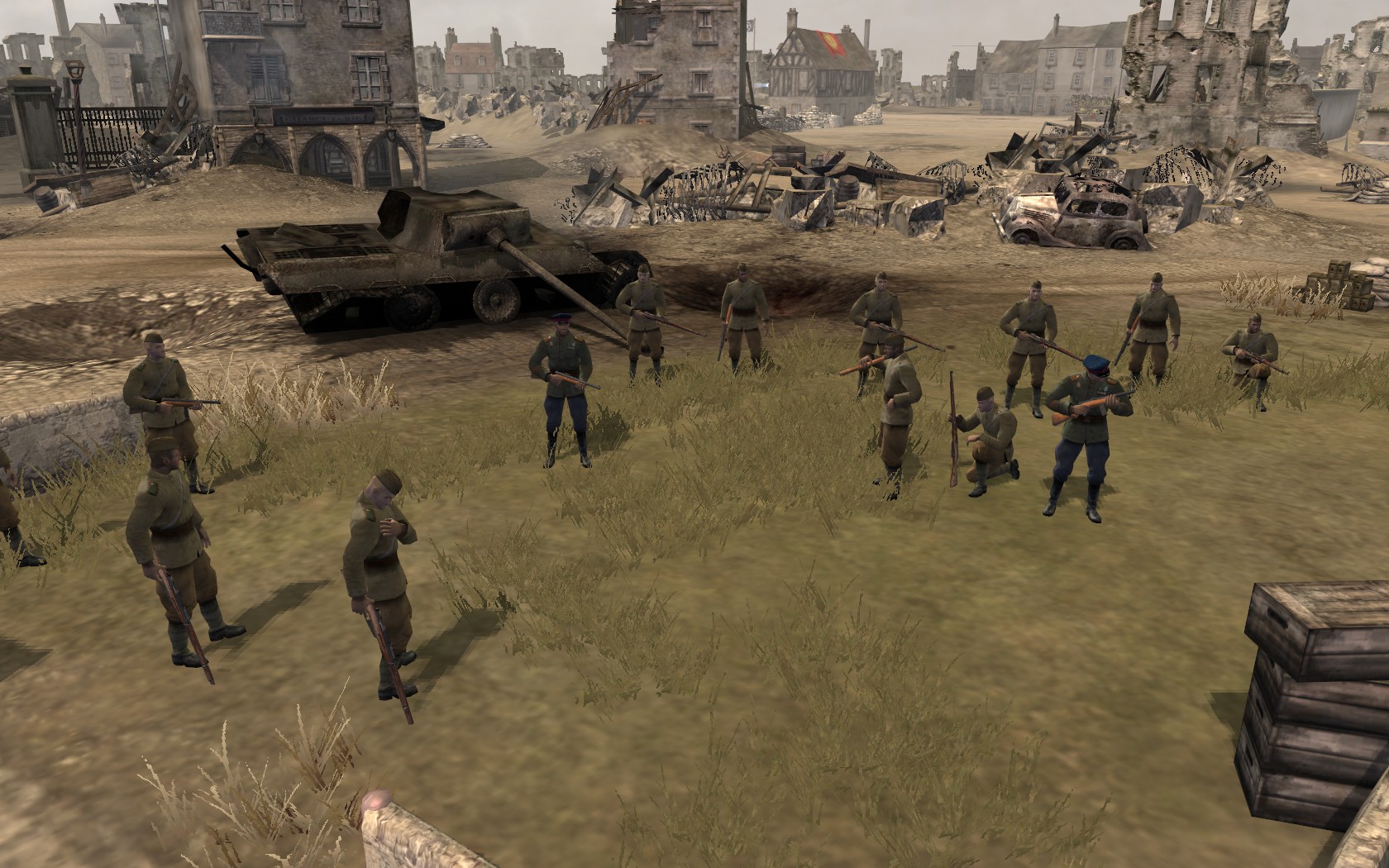 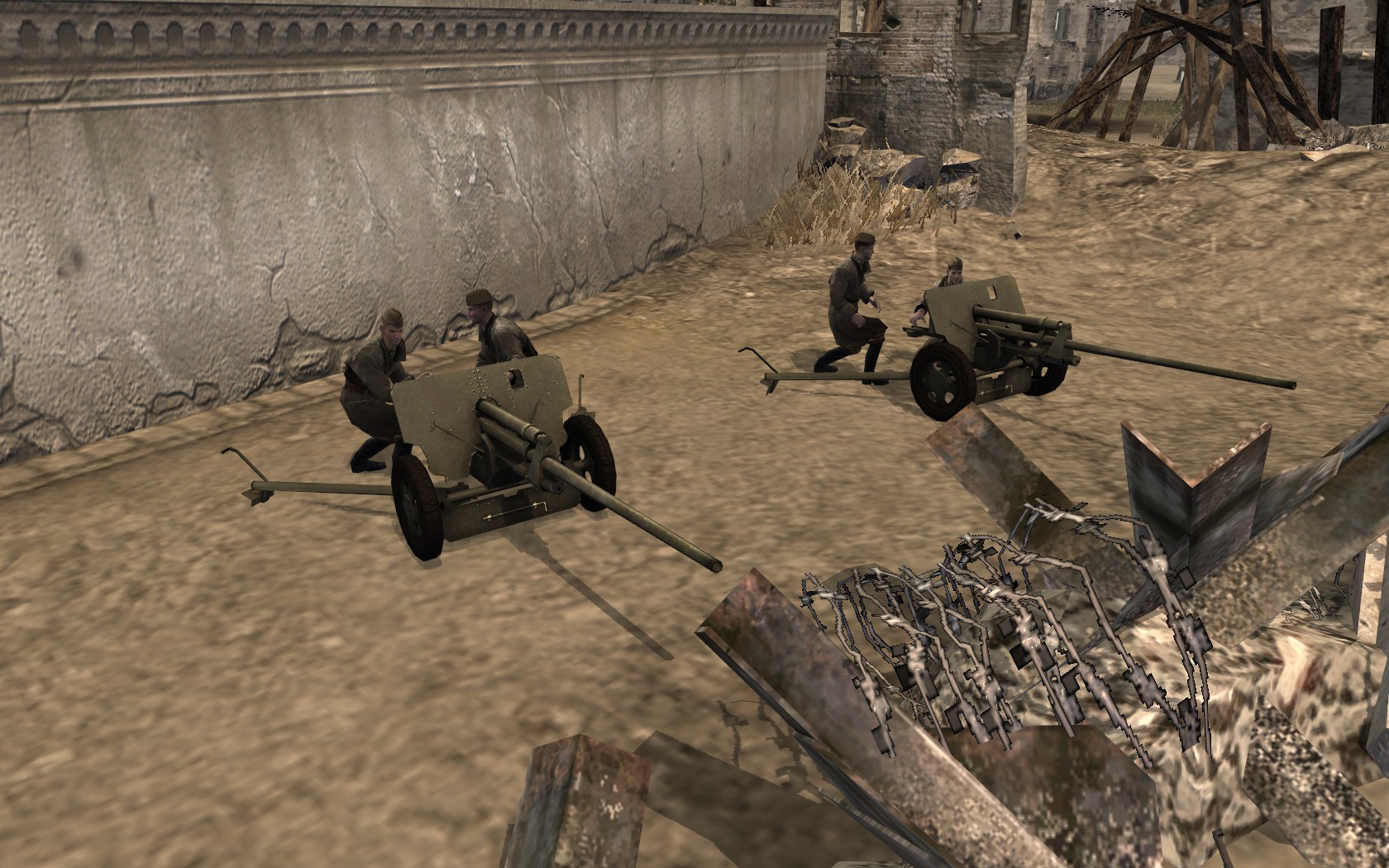 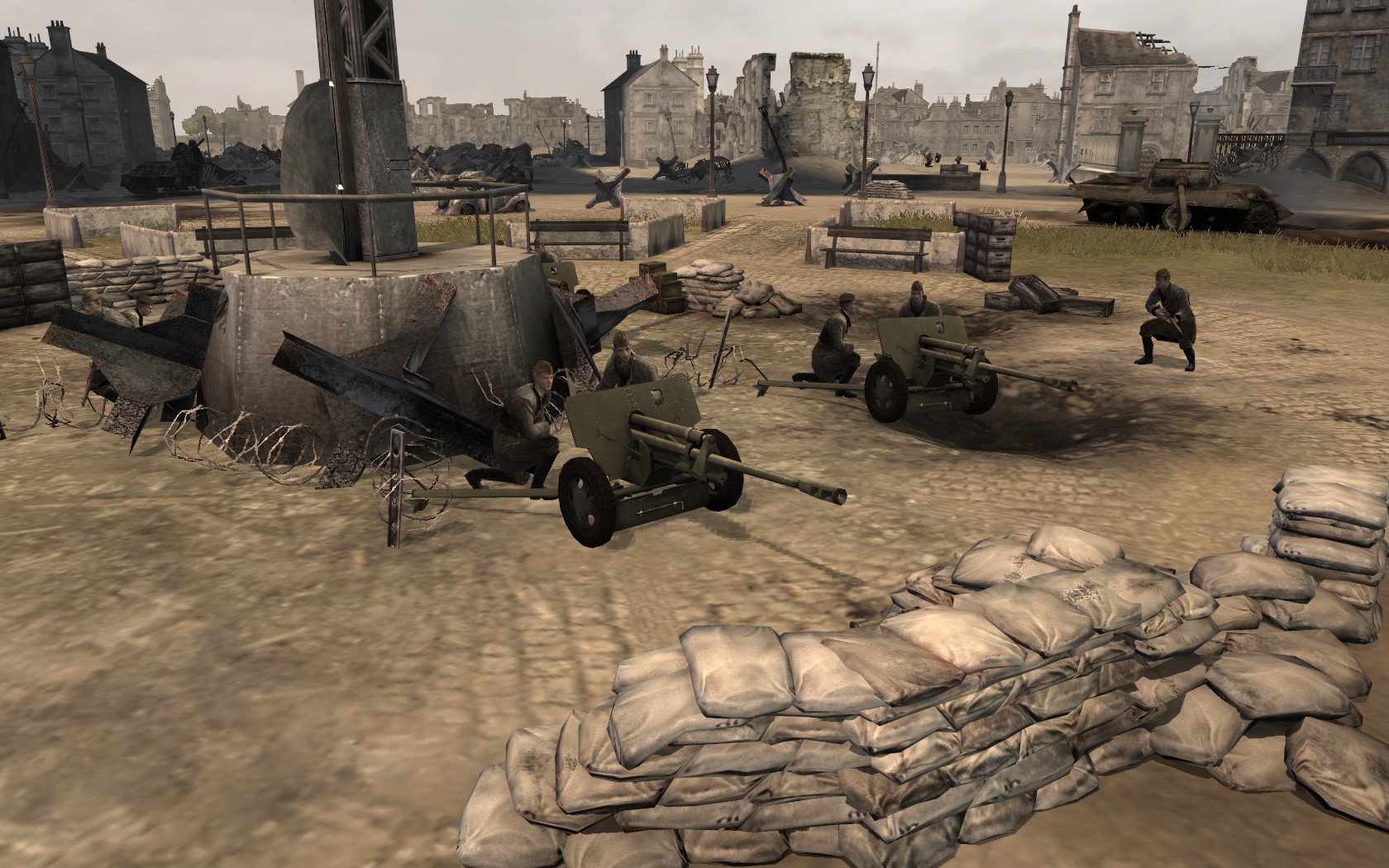 And for the Ostheer army, they also had several improvements, first of all some units were reallocated to another tier and some Command Tree abilities were modified. There is no medic halftrack for Ostheer (at least in this version) and the veterancy has been tweaked according to the feedback received and our internal tests as well. We have changed some infantry squad upgrades to other type of infantry units to create a better gameplay as well, in example: No more light MG 34 team, but Panzerfusiliers can now purchase these ones instead of the submachine upgrade and Landsers now use the MP40/II and at the moment they get the squad leader after they get the MP 40 upgrade(that will change for the Steam version to "when they get Seargant Promotion"); Jagers no longer get the MP 44(or StG 44 as it is known as well) or Gewehr rifles, but now they get a Mkb42(H) that is customized to do both weapon's job.

The Support Army Troops command tree received several changes: the first ability available at the left hand side is a medic kit airdrop. These will be airdropped just like paratrooper units are and you need to "capture" them before using them and they have a fixed time of use before they are depleted and "die"; they can be targeted by the enemy to avoid giving a break to some injured infantry troops or can be captured if the opponent manages to get to the landing zone first and then it will heal the enemy infantry until it is depleted or destroyed. Wespe now comes in it's own call-in at the end of the Support Army Tree, and the Luchs was removed from the Schutzen War Camp along with the Panzerjägers from the Infantry Gefechts Kommand and are now available as group call-in in the second upgrade in this very tree in the right hand side. The Ostheer Halftrack also got some visual improvements and we have a new Elefant model(which still needs to be scaled up btw), but you will see this by yourself soon. Now, we also present a small gallery of screenshots with some visible changes they got: 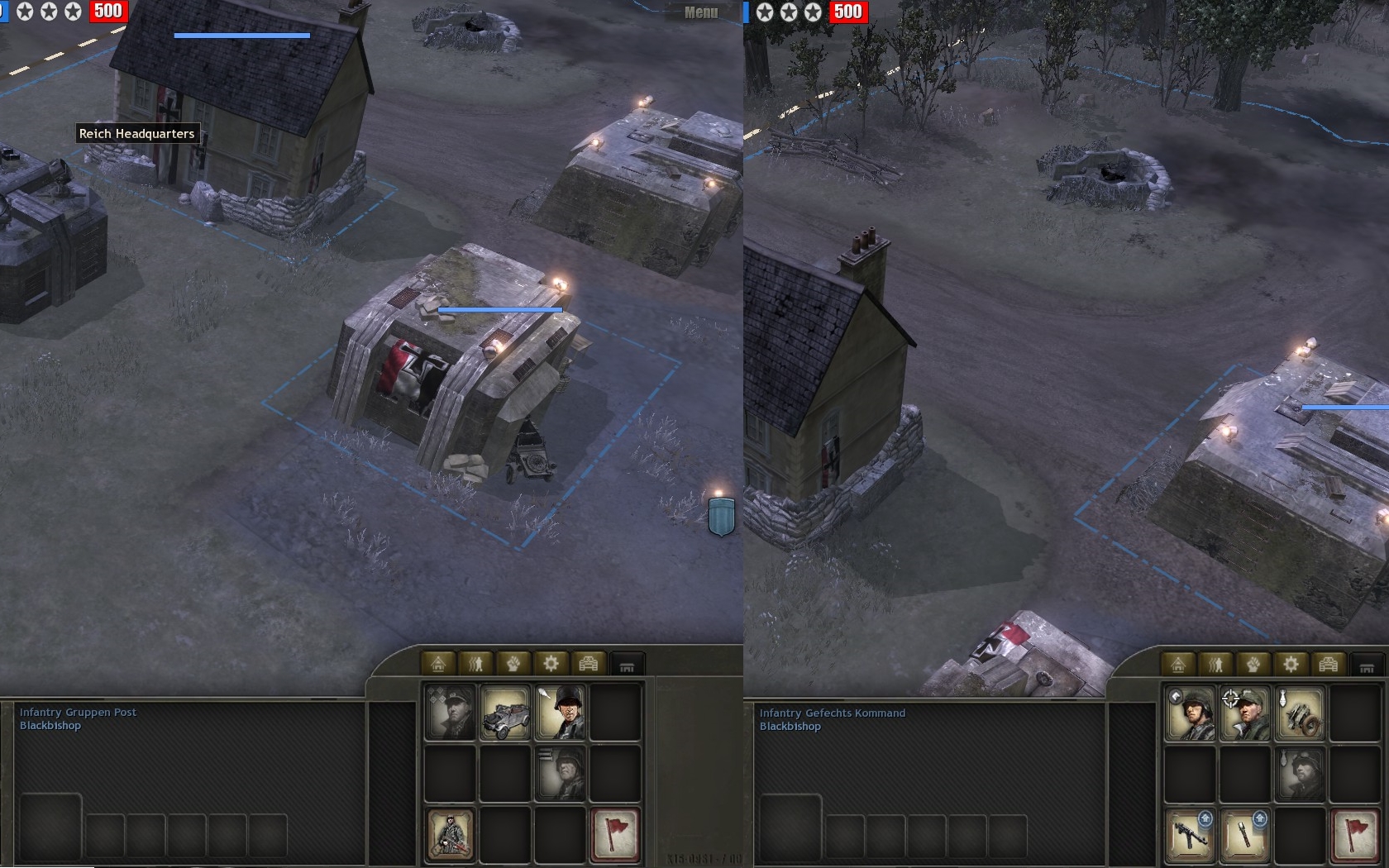 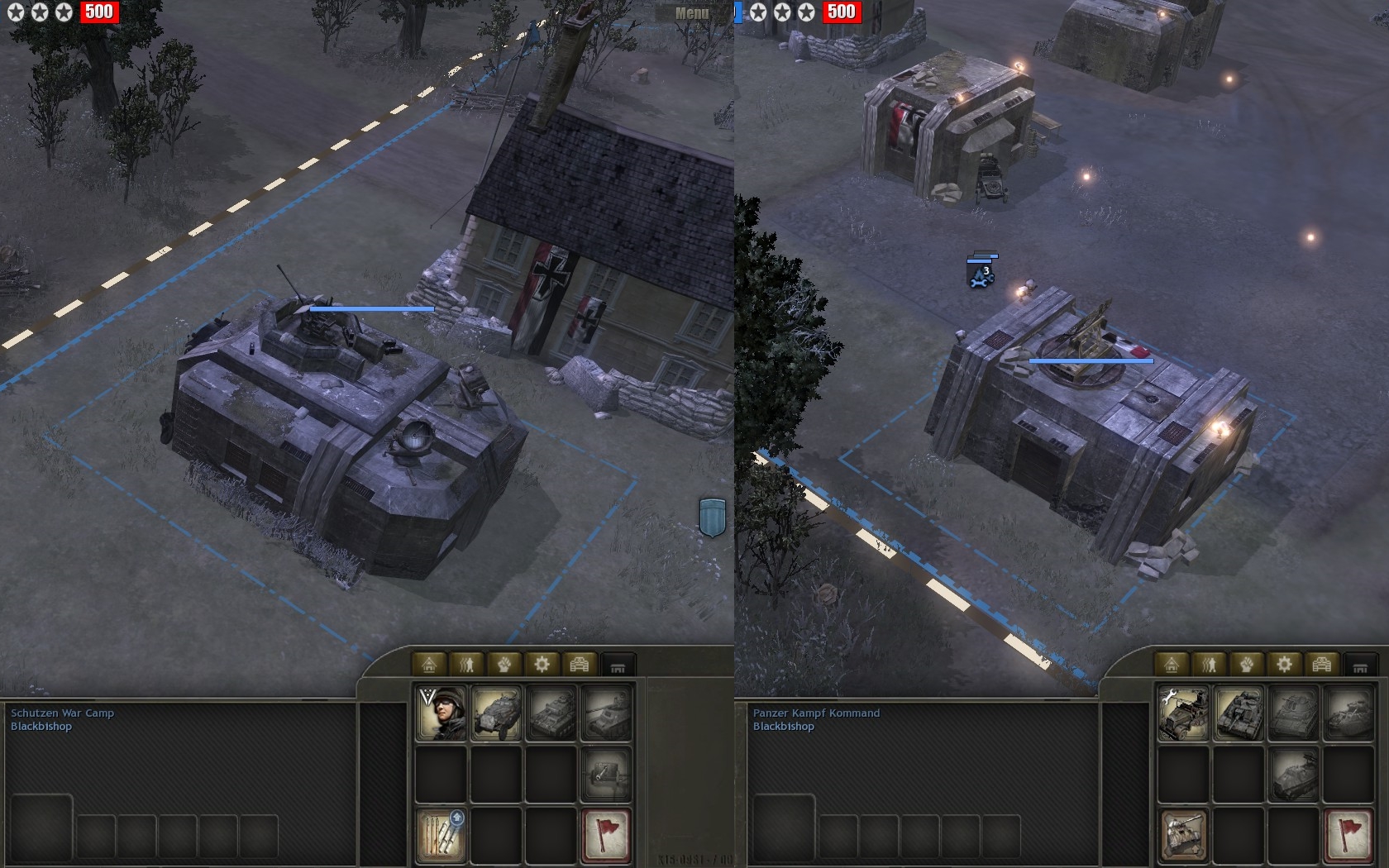 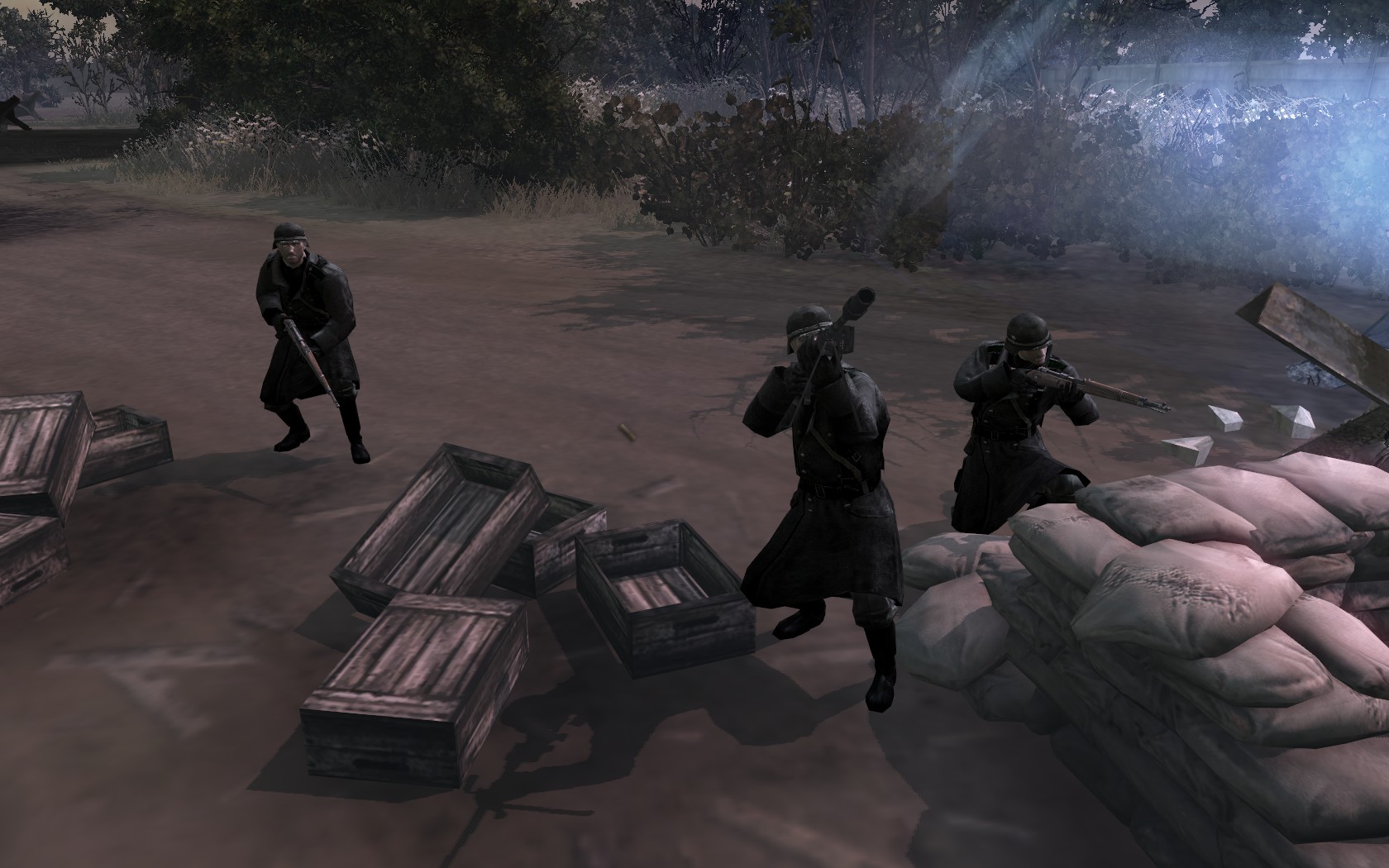 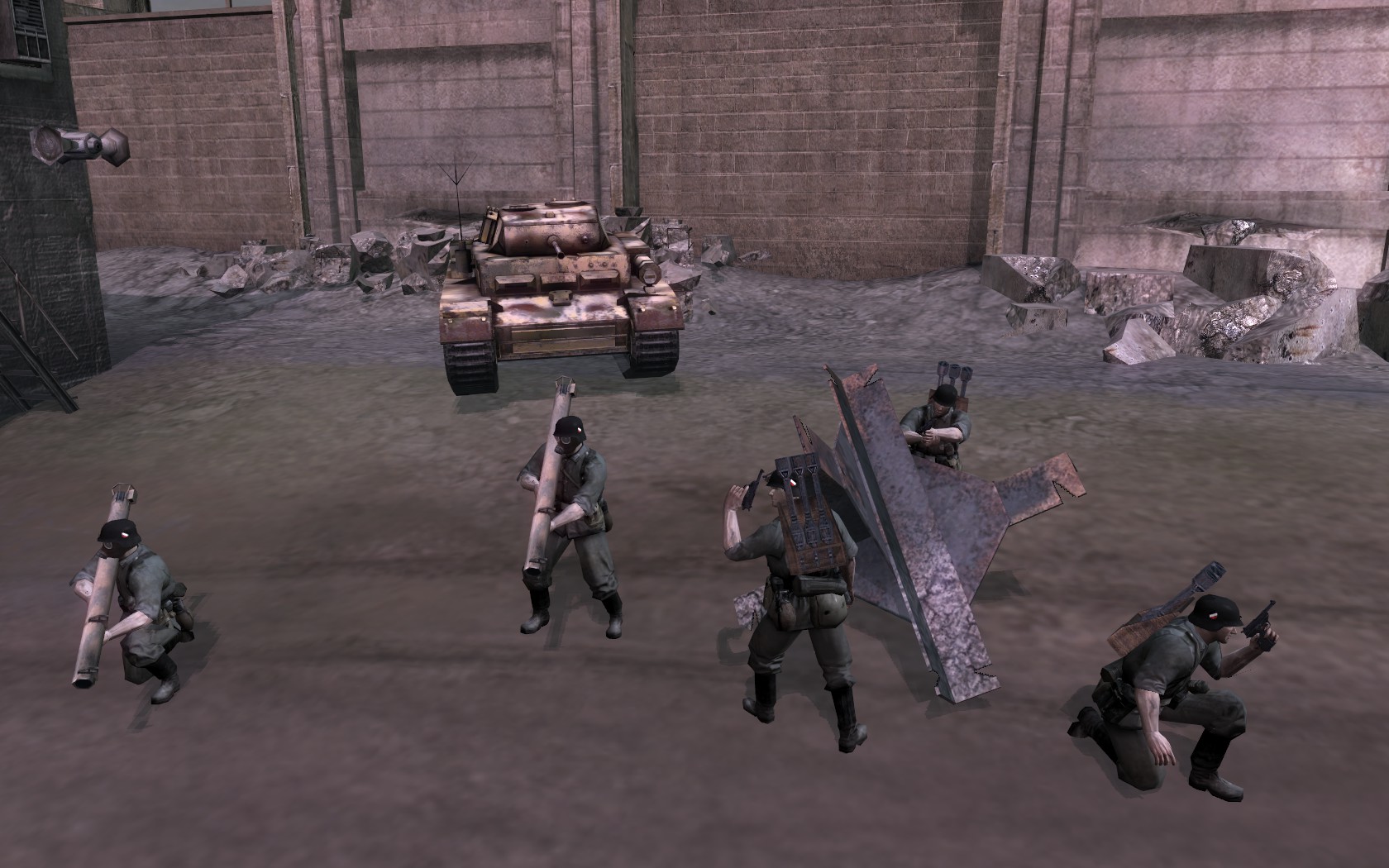 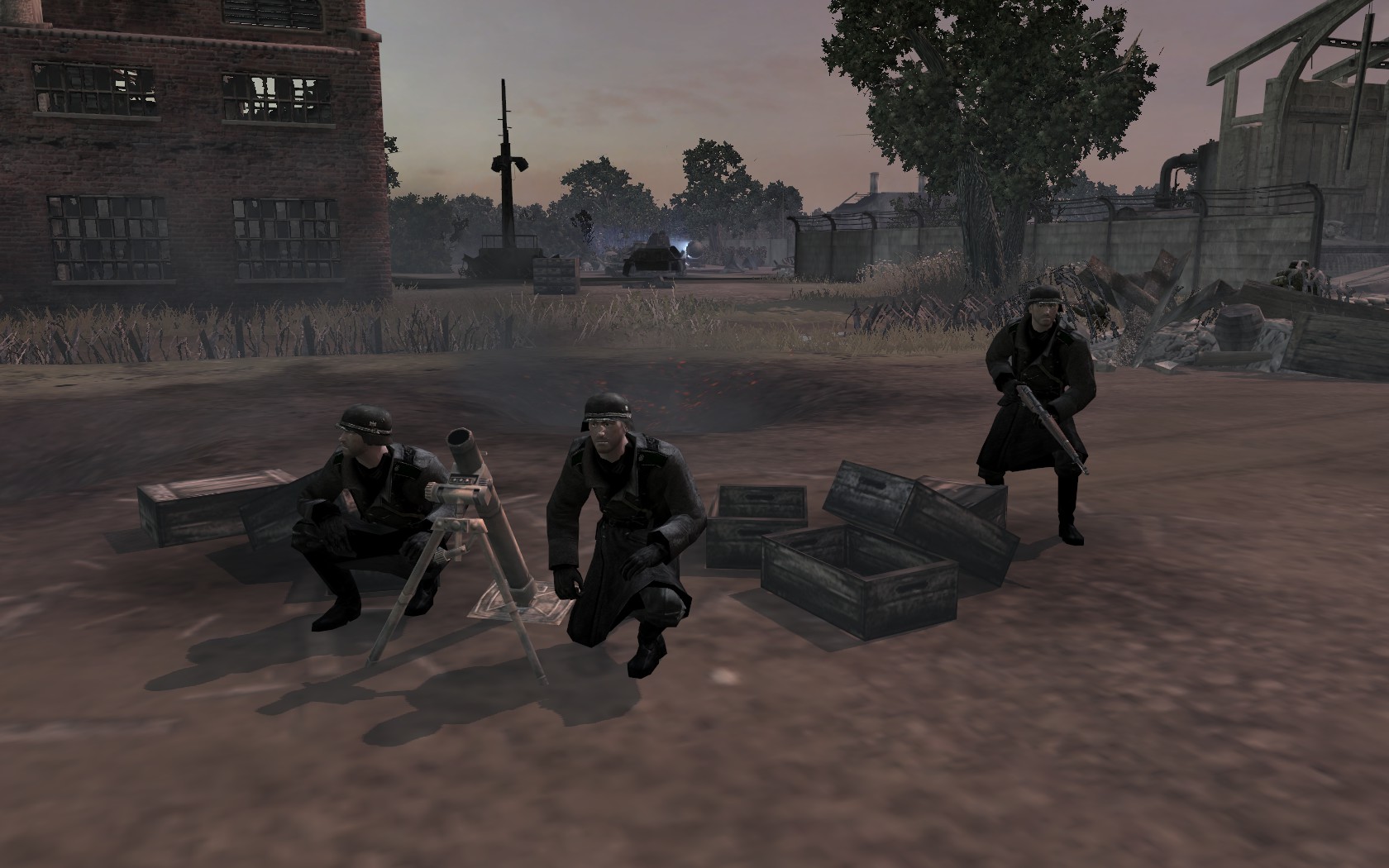 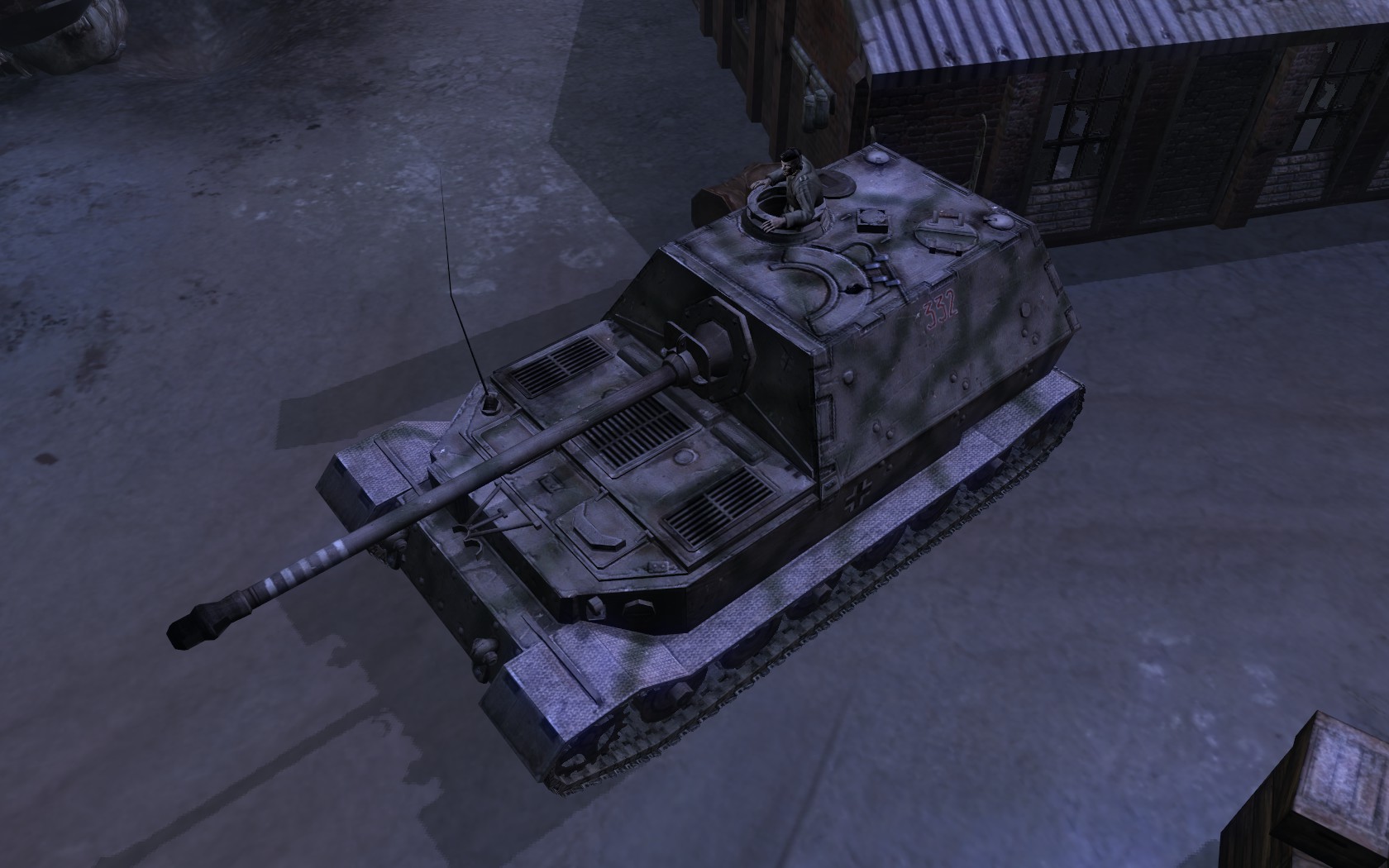 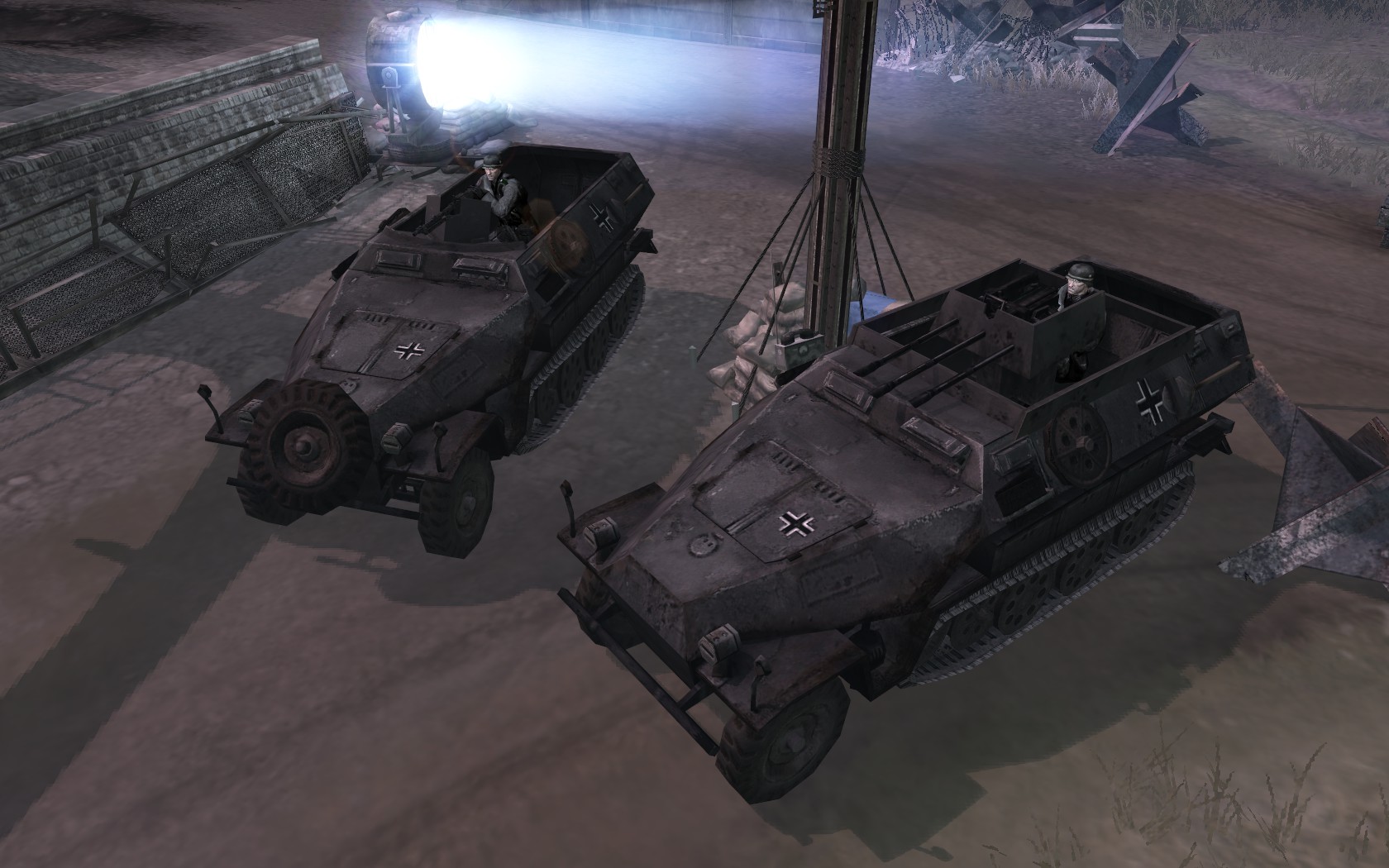 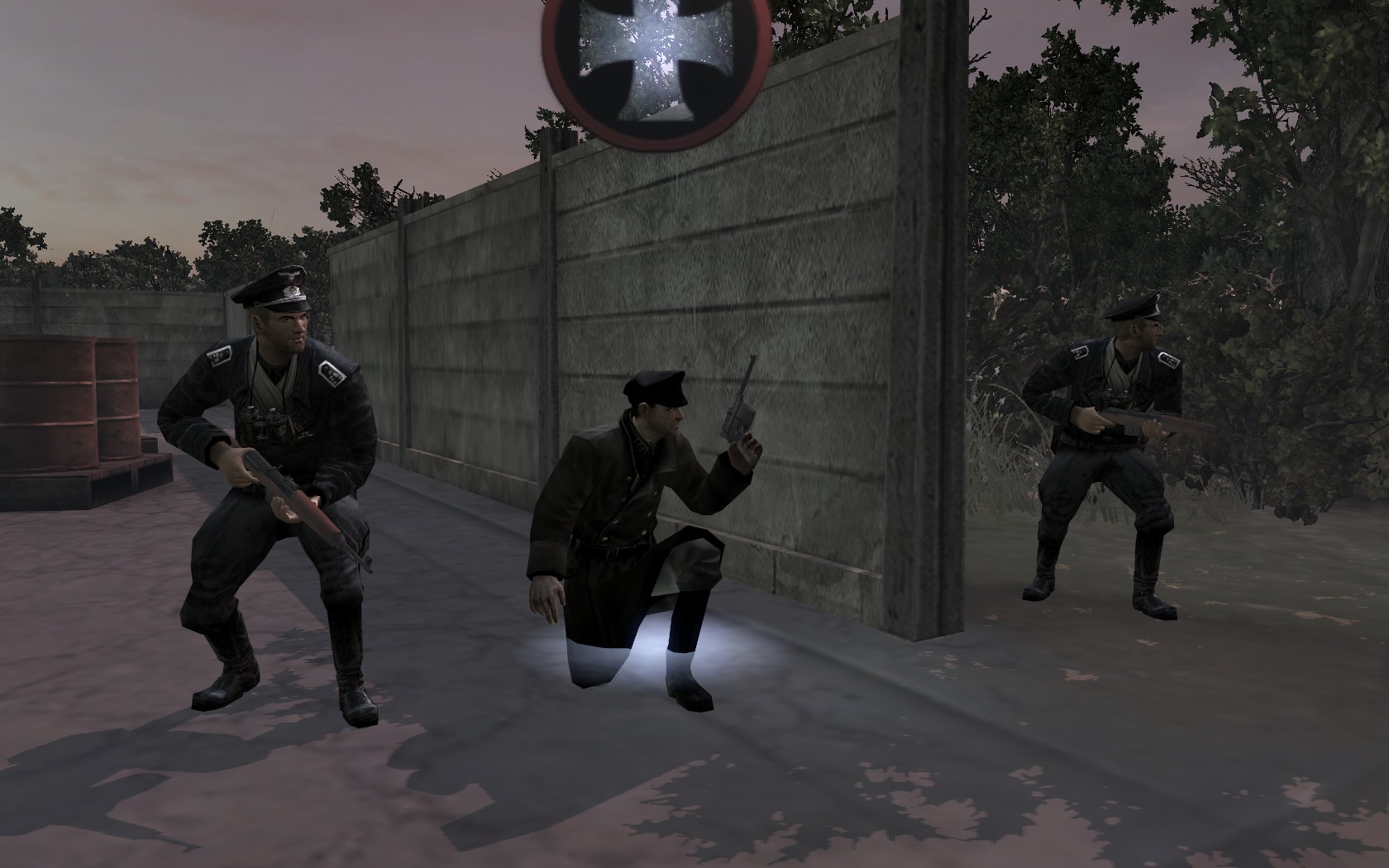 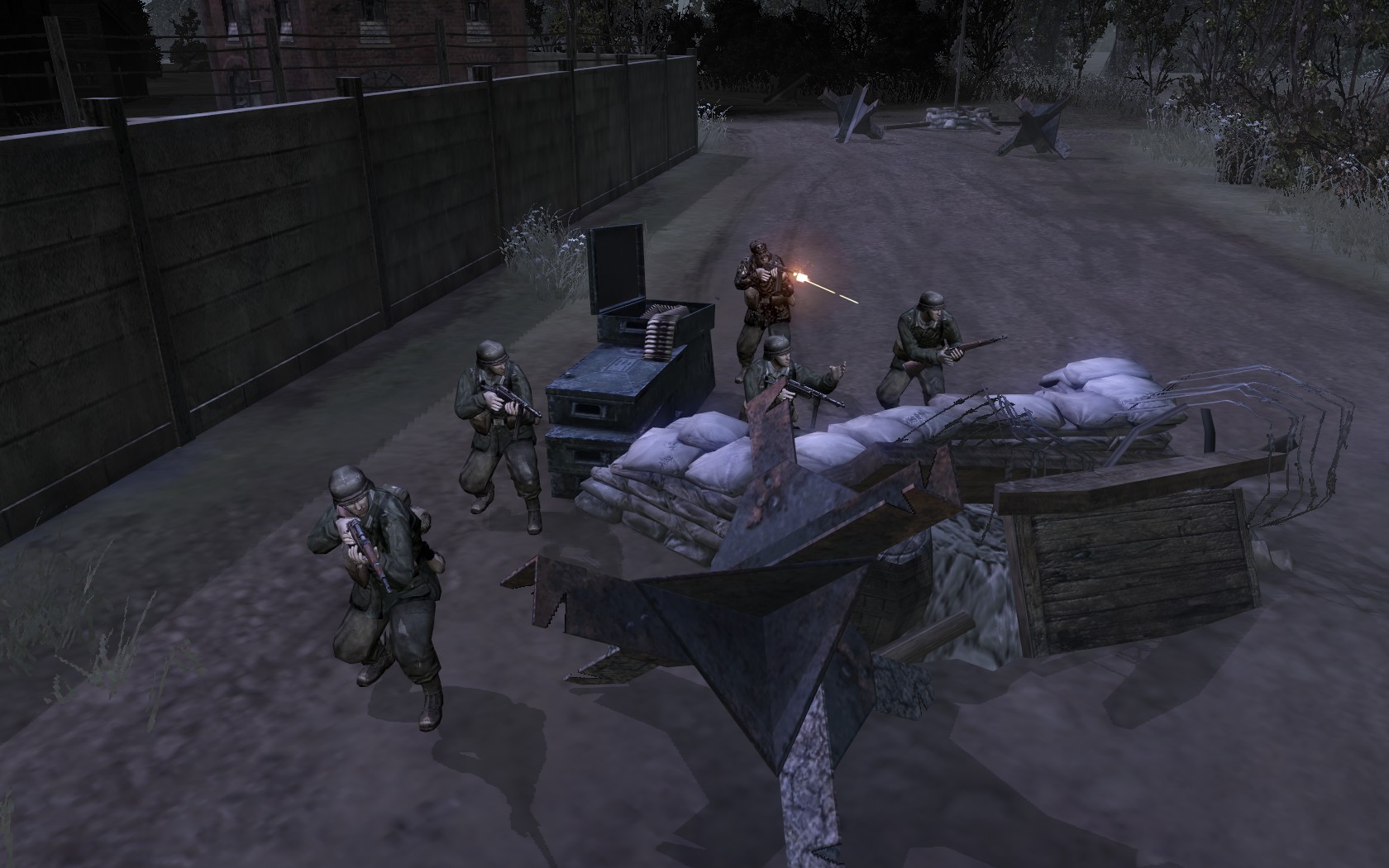 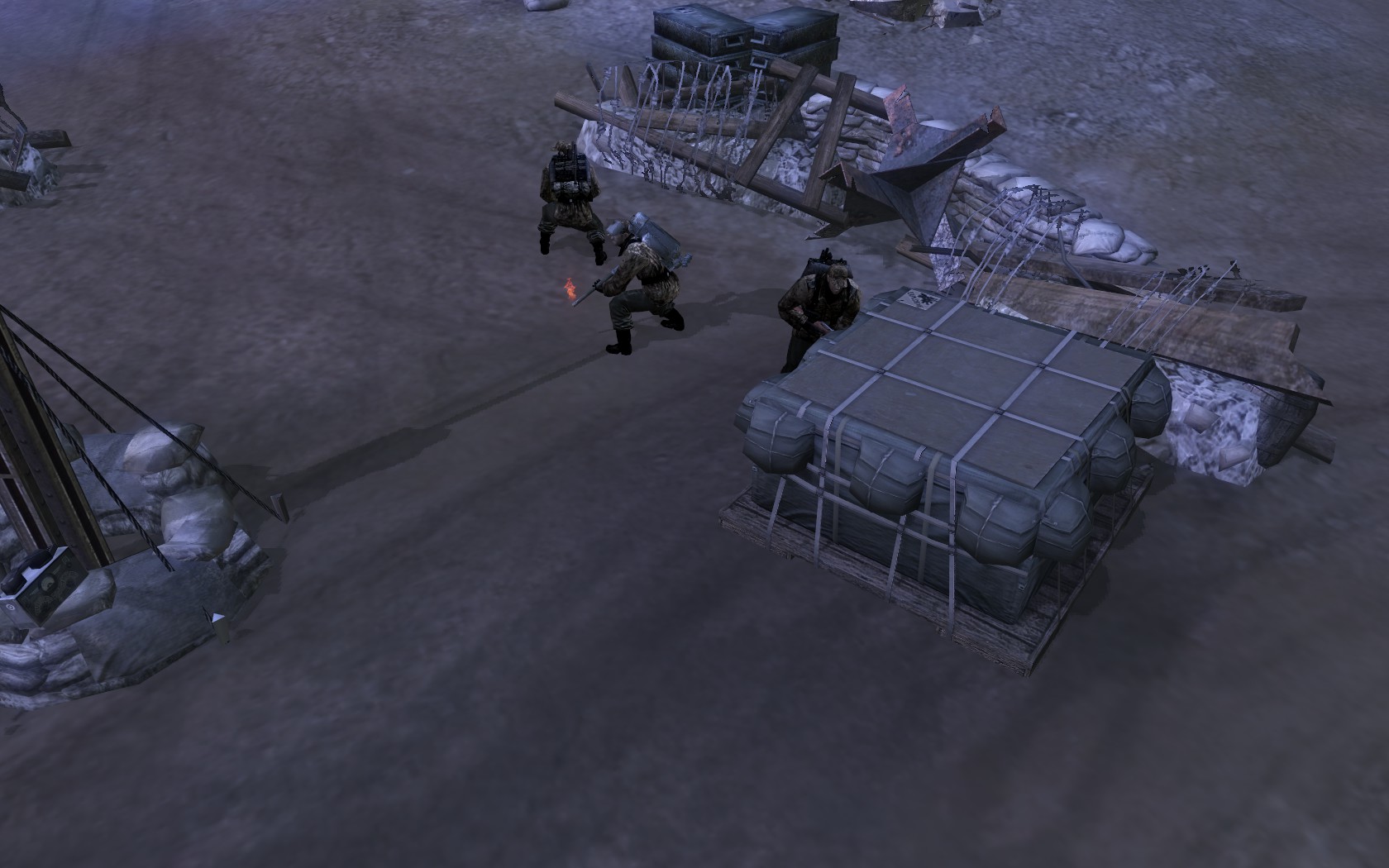 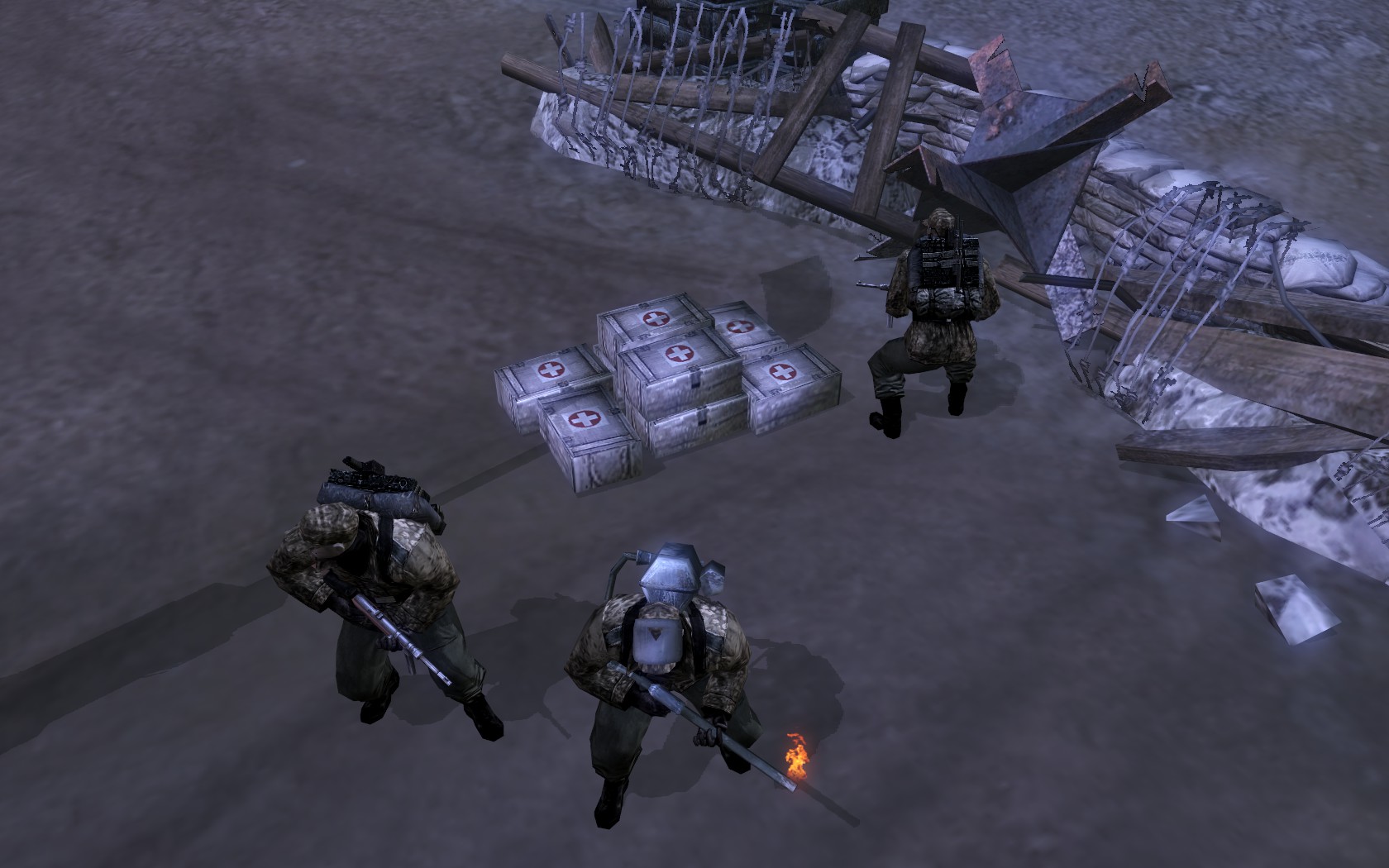 About the incoming models, we have some pictures of the new T-60:

Once we have more to show, I'll post them here.

Hopefully, they will be finished before we sort out everything on Steam.


At the moment we only have a full installer version, so the launcher is not going to detect it. We will add the mirrors as soon as we can.

Happens most of the time when playing on "Ultra" texture Setting and/or with no popcap mode. Try Setting texture Details to "high" and do not Play no popcap mode.
In case you have further question I advise you to post on our technical Support Forum:
Easternfront.org
greetings

It is indeed. Had a rate of fire on par with most machine guns, hopefully we can capture that rather than copying the slow burst of the German 20mm.

how long will it take for you to add the mirror for the installer?

Nice! What role will it fulfill? AA and anti-infantry like the Wirbelwind?

@CadianConscript
It will replace the T-90, so yes, it will fill that role :).

NOOOOOOOOOOOO! You are about to remove the T-90?

Why do not you add Sturmtiger?

@Стрелок
Because it is not time to release it.

Top Notch work :D, although failed multiple times to download the mod, I finally manage to get the complete download!

I get crashed so often in this version, but i finally solved it by downloading the previous one.

@justinpatrick1011
Then it means you don't have the latest version of Steam and there is nothign we can do about it... just like I suspected from your earlier post in the 2.300 download page.

OK,where can I find a complete download for EF ostheer for 2.602 non steam COH,am going to start again

@yerfdude
There is not such thing. You need to download the latest full installer and then install the compatibility patch for 2.602.

how long people with low donwload speed will have to wait until they will be able to download it directly from the launcher?

@Guest
We don't have plans to make a patch of this version. I suggest you download it from the mirrors. Mega has always good download speed and you can resume it later. I recommend using JDownloader as well.

So far we are working fixing the bugs reported to make the new patch for this full installer.

Please dont use Я letter for R. Я is pronounced as "yea" and its painfull to read for all people who speak Russian and similar languages.

I suggest to write "Восточный Фронт" on your logo and english "Eastern Ftont" underneath it.

I hope you undeyeastand what I mean by "painfull" to yead.

Singulayeaity is a teyeayeaiple example. That game even has Я letteyea for R in the HUD elements.

Half of this stuff is on lost PSD's and busted hard drives, so instead of asking me just to turn the letters around you're actually asking me to redesign the entire logo? Sigh... I'll add it to the bottom of my 'to-do' list, it should be ready by 2025.

That Soviet Mortar, Is the only weapon in the whole mod that feels slightly unbalanced for the Axis team. Also do you guys plan to add that mortar trail to it when it fires?, that'd be cool i haven't commented in years but keep up the good work!

P.S I Really Miss the IS-3 Tank

By the way what are the advantages of this mod going on Steam Greenlight? What are the pros and cons? I don't think this question been mentioned a lot, but thanks!

@Red-Jackal
There are no cons, the pros are that you won't need to update it and you don't need to worry about installing it in a wrong path.

sorry, but the current release is borderline unplayable. some times i can (rarely) play for over an hour with my friends without a single problems, most of the time the game CTD's 2-35 minutes in. the content is awesome, but until the stability issues are fixed, id recommend holding back and waiting for the next patch/ hotfix

Either that or he just has the shader settings on Ultra or he just got the compatibility patch wrong.

Hi, is there a torrent link for this one?

I'm having a hard time to download it since internet here is pretty unstable which completely disrupts the download.