Time for another announcement, because it has been a while :).

It has a while since we wrote an announcement, don't worry, we are not dead but just a bit busy ;). Since it has been a while, we have some points to cover, so let's begin: 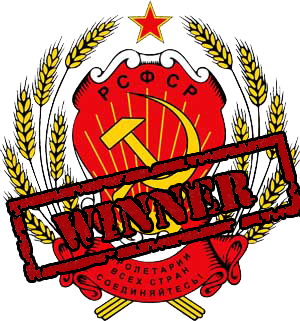 Congratulations to all the players that joined and played in this tournament! Specially for the winners:

You can watch ImperialDane shoutcast of the finals here.


Thanks to all the mappers than are involved in this event, and for those ones who forgot to join, the deadline has been reached(February 28th), and it is time to finish your map and upload it to the mapping section of the EF forums. For more information about the contest, you can refer to this post.

Good luck to all the contestants :).

Now to the main business. We have some parts of Ostheer left to unveil, like the Command Trees, and we will be showing them soon. Meanwhile, I leave you some screenshots of units than Ostheer is using but haven't presented them before, at least properly: 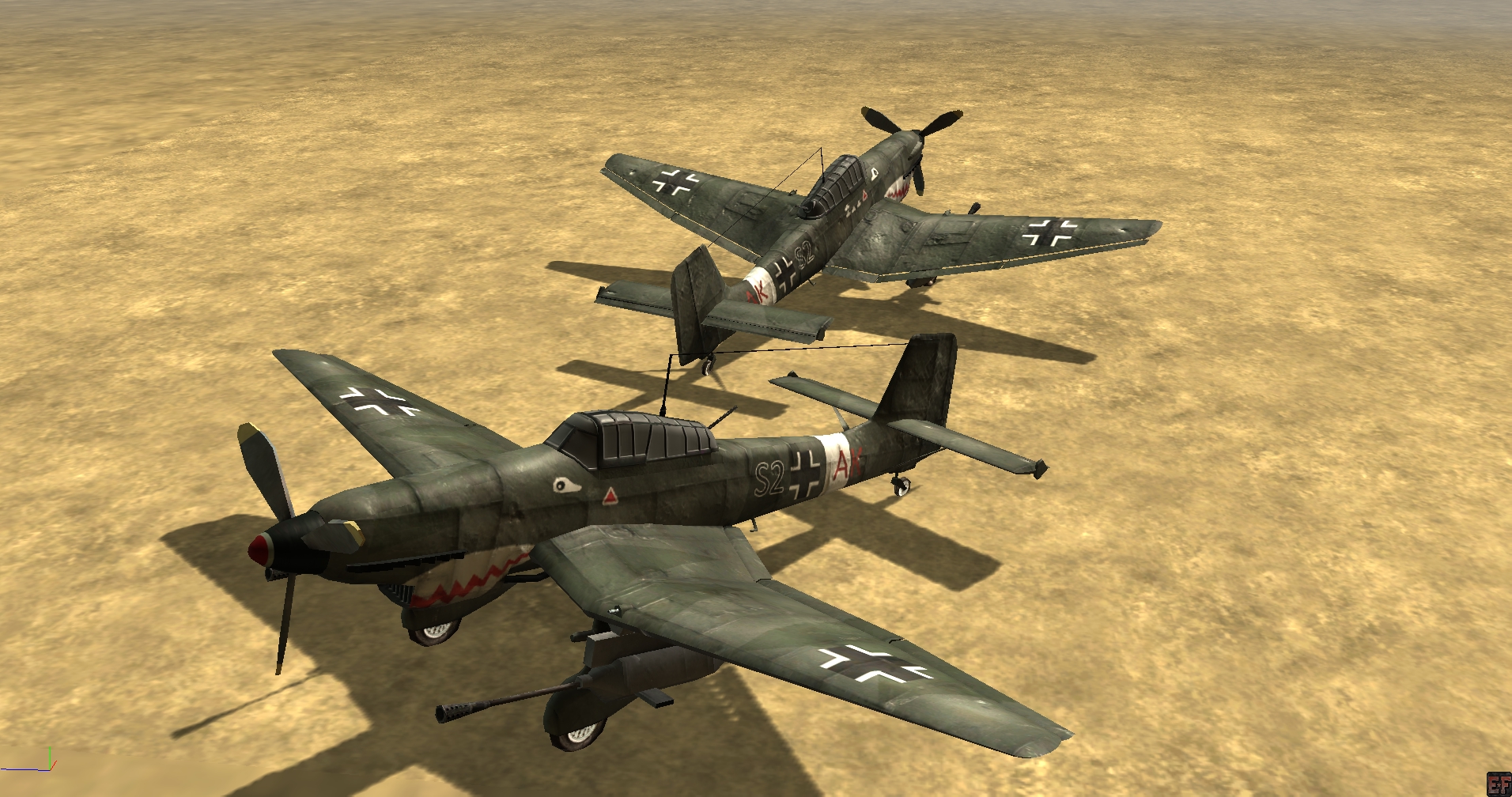 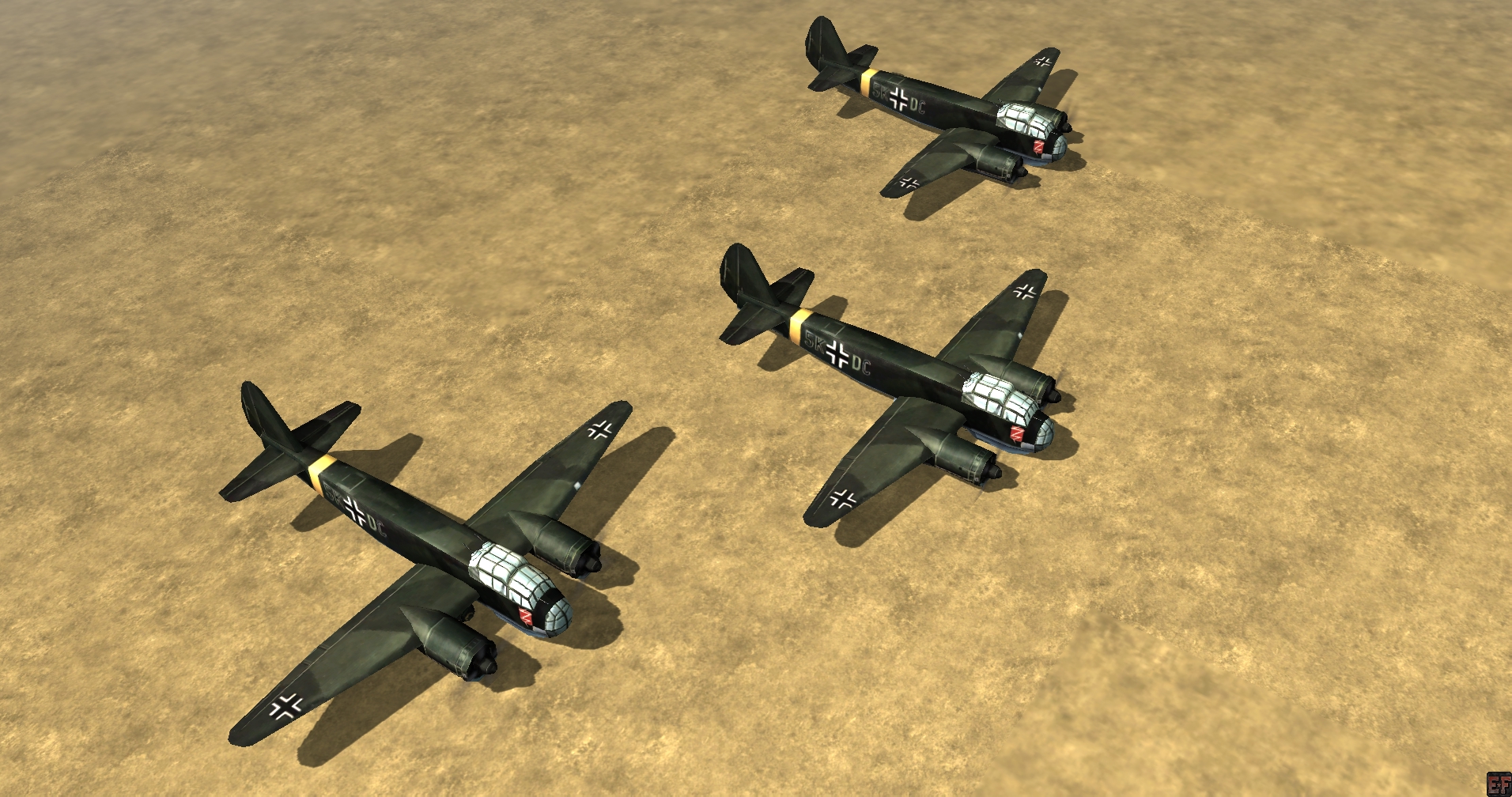 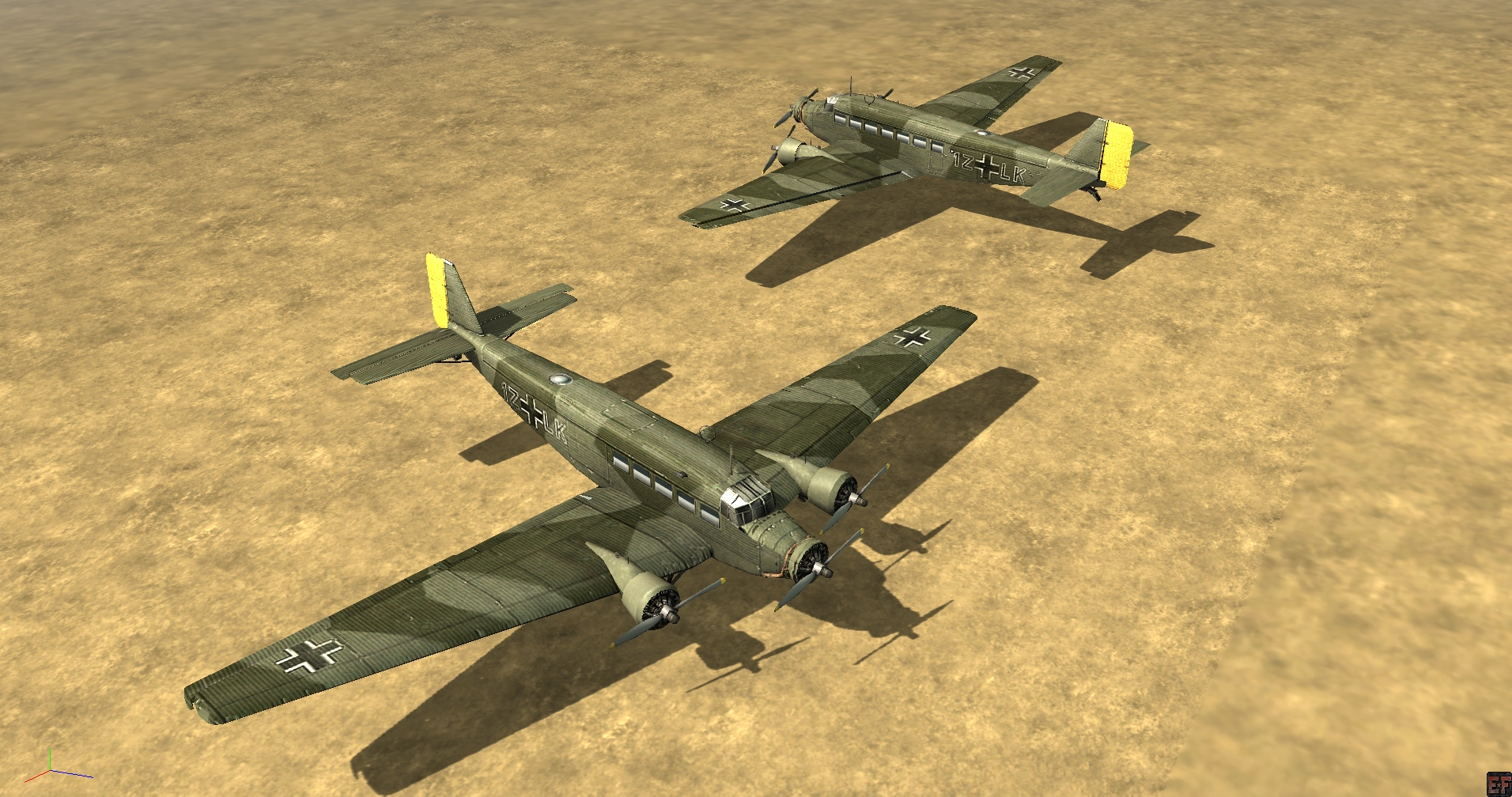 Ostheer will use some aircraft units as well, more than Soviets or US; the JU87 "Stuka" is a Tank Hunter unit, JU88 is used as heavy bomber unit and the JU52 "Tante Ju" is a logistics and transportation plane. These units belong to the Army Support Tree, so I won't say too much about them, because we will talke about them in the next week :). JU52 original model by MrScruff, finished by Halftrack and Tankdestroyer. JU87 original model by MrScruff, Kanonenvogel 37 by DMz, textures by Slayerknecht, model finished by DMz and Beefy^. JU88 model, textures made by DMz, animations by Walki. 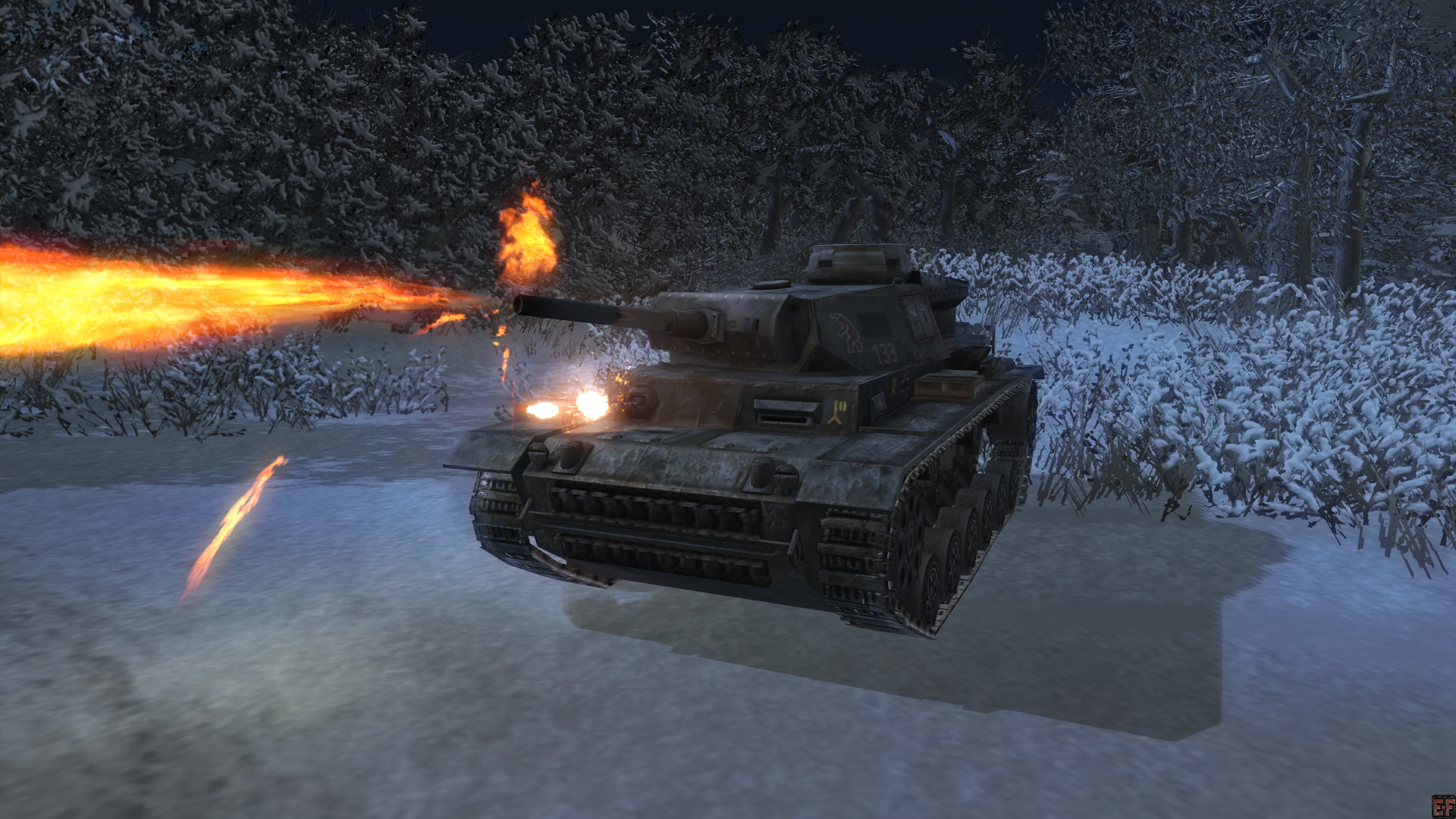 Flammpanzer III is the upgrade that replaced the stubby, we opted for this one because flamethrower tanks are useless in CoH, so we wanted to give a chance to this baby giving it a proper balance of course. One more reason, was to make different the role of the Panzer III and to make it more original, because an armoured unit with a low velocity gun was already present on Panzer Elite(their Panzer IV F1) but not an axis flamethrower tank. Flamer gun and animations made by Walki. 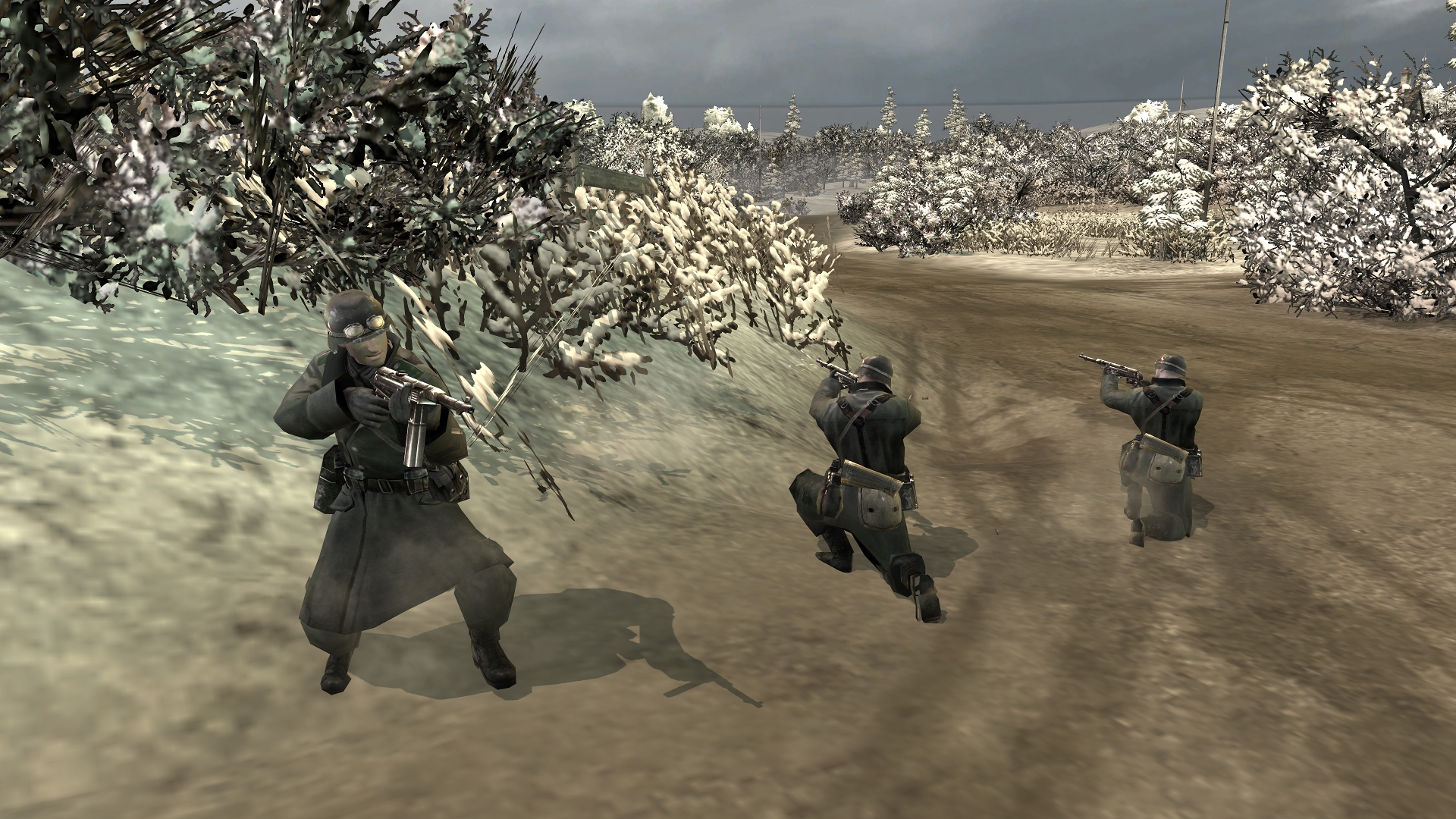 At this point you are probably wondering either about being a "meh" decision or a bad decision or an obvious decision due to the small weapons available to choose, certainly we had another reasons to get this weapon, and some old fans might remember it now: if you look at the weapon they carry, it is not a MP40 but an MP40/II. These weapons were manufactured in limited numbers so, Panzerfusiliers now have the option to upgrade their regular MP40 into MP40/II, giving them double fire rate but double reload time as well.

Here is an additional picture for a close look: 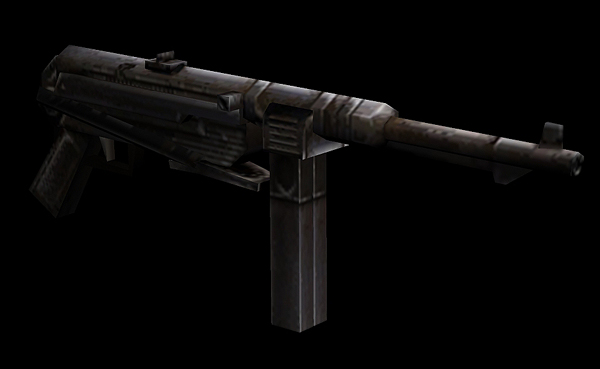 Original model by Relic, modifications by BurroDiablo and animated by Walki.

As additional note, Panzerfusiliers can fire panzerfaust, but unlike Wehrmacht they use the Panzerfaust 30 "Klein". If you are interested to see the different types of panzerfausts, click here. 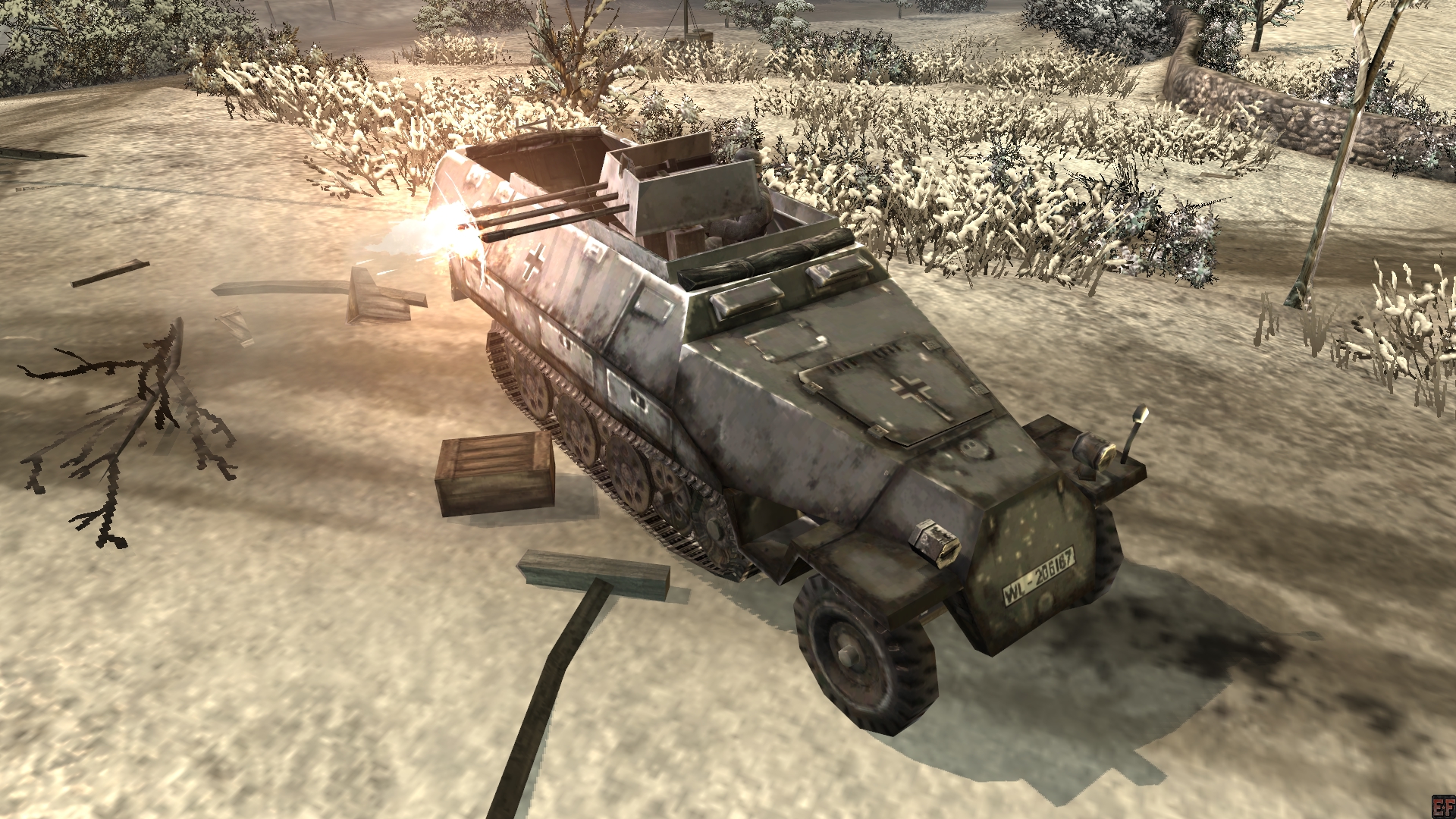 Ostheer will have access to the Sdkfz. 251/21 as a possible upgrade for the Halftrack. Known as "Drilling"(which is a German word that means triple), this HT has a triple-mount of MG151. Works as AA unit and also works wonders against infantry. Model, textures and animations(and OE job) by DMz and Beefy^. 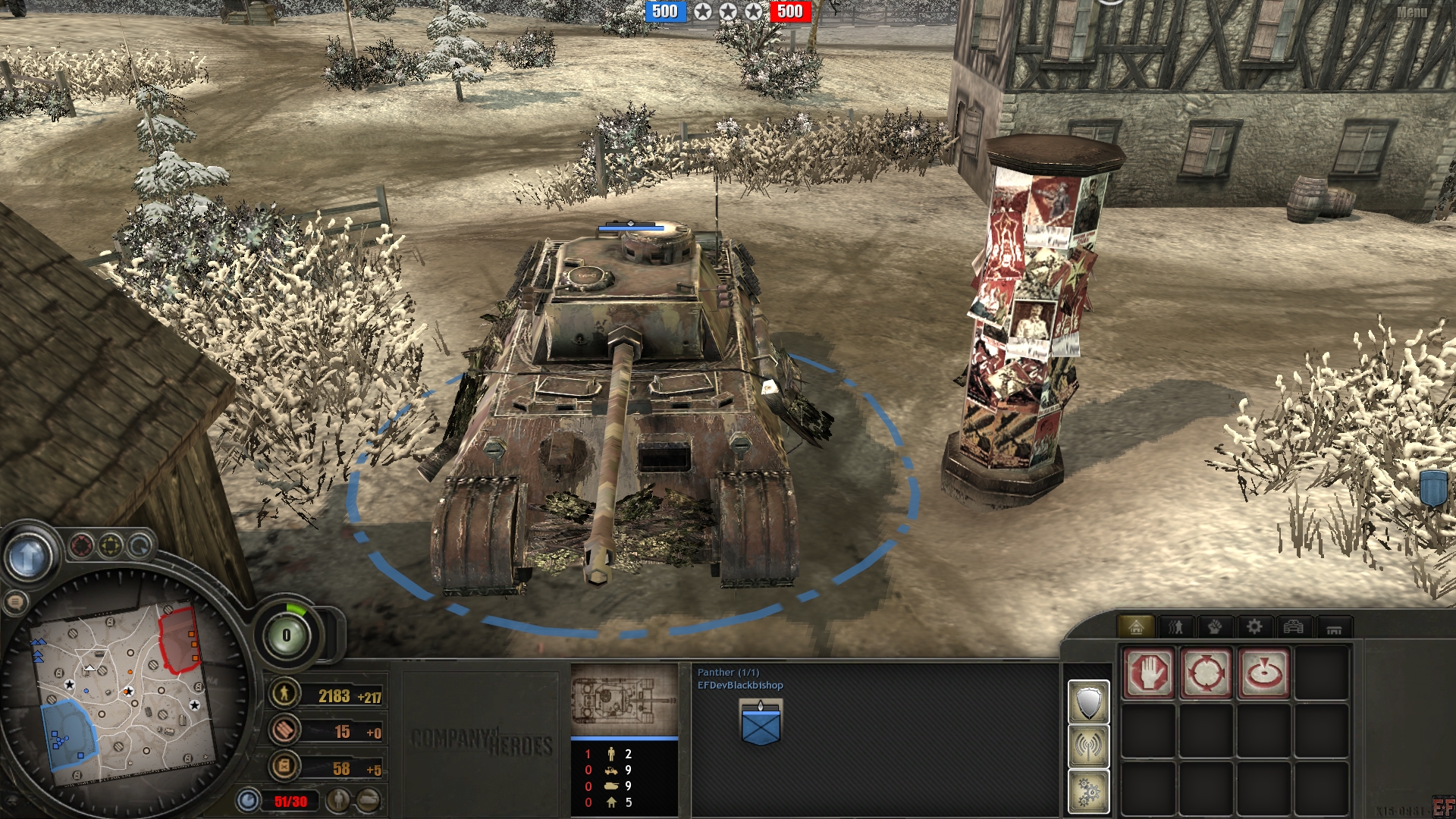 The only objective of this screenshot, is to show how the vet system will be for vehicles. Some tanks and vehicles will have access to this upgrade system, which represents three options: armour, commander, engine. Each one improves the tank over a specific area, and once you choose one, every time you get a new veterancy level the bonuses you get are related to the upgrade chosen, which means that once you pick one you stick to that.

As armour implies, it improves the armour of the unit. For the commander one, it gives the unit a commander(which becomes a cupola gunner later and improves the performance of the main gun also as a late vet bonus) while the engine vet improves the vehicle speed and acceleration. The only armoured vehicles than get these three choices so far are Panzer IV, Panzer III(yes it has a gunner), StuG III, Brummbar, Tiger and Panther. The other units get engine vet. 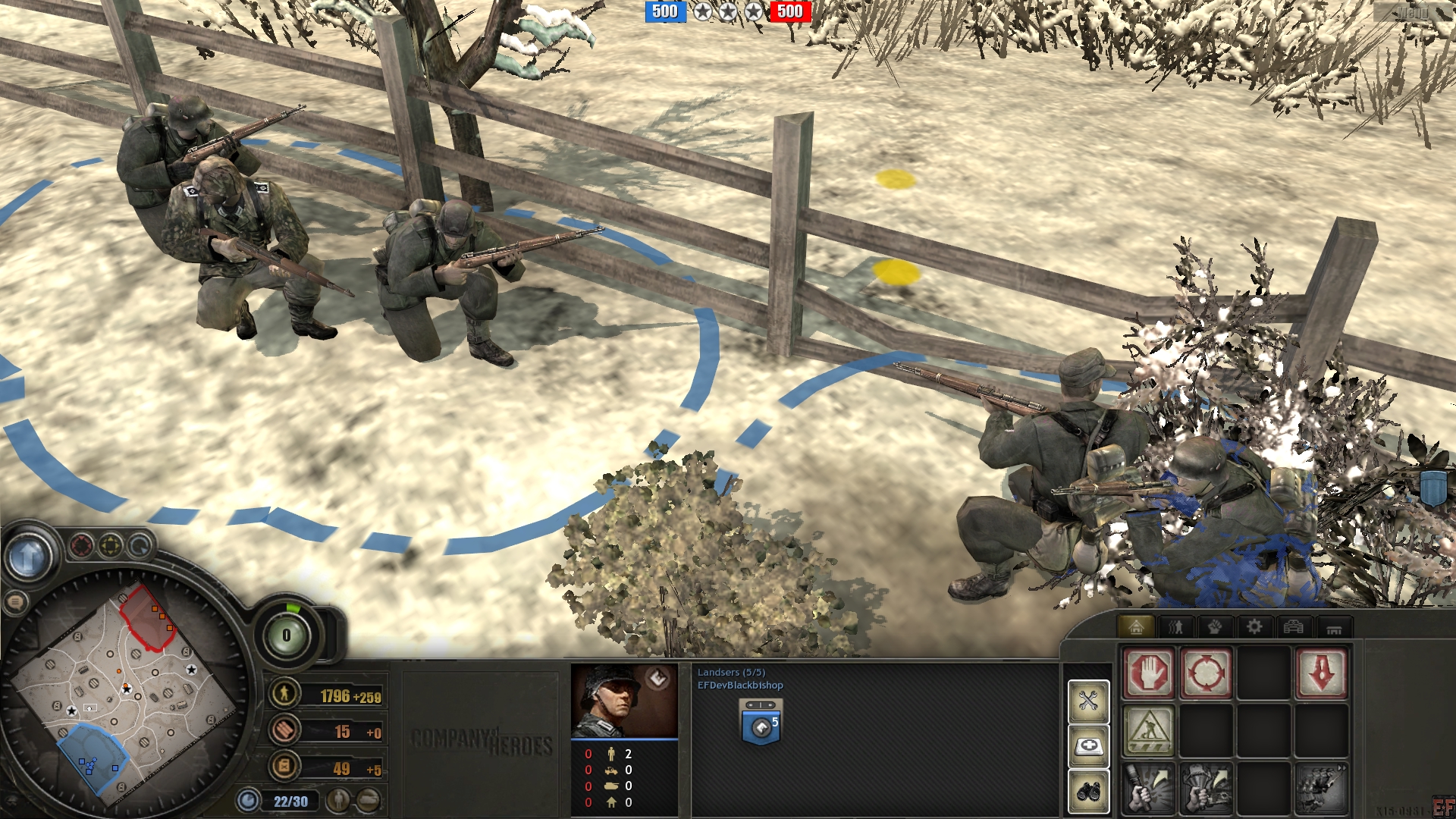 The same thing can be said for the infantry upgrades. Infantry units can get Mechanic, Medic or Scout veterancy bonuses... the first one makes the infantry unit able to repair vehicles and makes them better once they get more vet levels; Medic makes them able to heal allied infantry soldiers and the ability becomes better once they get more vet levels; the last one is Scout, which help them to
move and cap faster, allowing them to take less damage as well.

Future Patches and the Beta

And the last point we would like to talk is about future patches and the beta, while the beta is close, this doesn't mean we will stop to fix issues until we release 2.0.0.0 (which will be the patch were Ostheer will be released to the public), the latest released patch should fix the nasty AI errors everyone was getting since the last update.

We are working on the last details for the beta, however, while we still have a lot of work in the 2D/3D areas because most of our models are not final, we are in conditions to start the beta. And thanks to the effort of all the active Devs the beta is very close. So stay tuned ;).

Also, AGameAnx has joined to our team as AI coder, to help us with the Ostheer AI(and maybe if he has time to tweak the regular AI even more). This doesn't mean Jojo resigned, he is also part of the team, however, he had an accident last november and he still needs to recover. Good luck comrade!

In the next announcements we will cover the Command Trees and the Veterancy with full details, so stay tuned ;)!

Keep up the good work comrades!
We all look foward to leading the Ostheer and the Eastern Battalion to victory!!!

Awesome! I actually I'm a bit jealous of the winners because they get to play both CoH2 and Ostheer while the rest of us have to sit and wait =)