We are excited to announce the official Early Access launch for Rocco's Island: Ring to End the Pain.

Hello!
We are excited to announce the official Early Access launch for Rocco's Island: Ring to End the Pain. 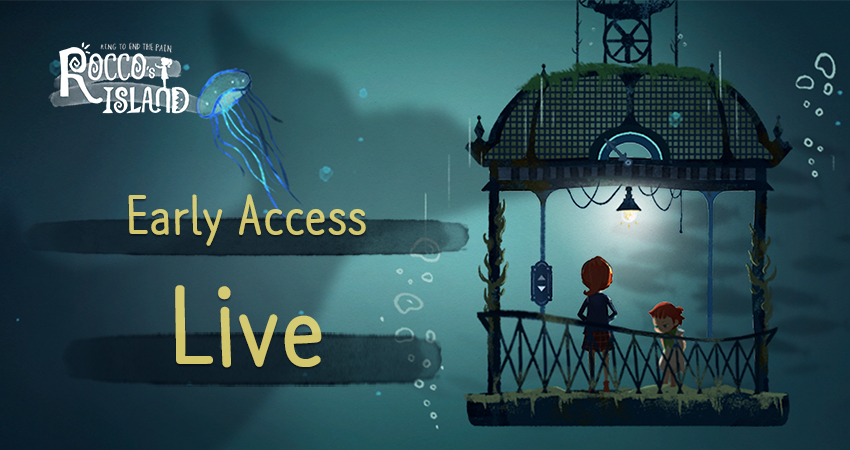 Rocco's Island: Ring to End the Pain” is a saga that spans many centuries and takes place within a unique universe. As of now, we are working extremely hard to finish the story in its full breadth and depth without compromise, thus have made the decision to present the game only up to its second chapter in the initial Early Access version, with the third and fourth chapters added episodically through later updates. We would greatly appreciate feedback and suggestions from the community regarding the look, feel, level difficulty, and gameplay mechanics to ensure that players of all skill levels can pick up and truly enjoy the game and story.

The main purpose of Early Access is to make sure that "Rocco's Island: Ring to End the Pain" becomes a highly polished and well-rounded product for full release. While we have definite ideas for what needs to be done before the full release, player's feedback and opinion is always important to us as well. In the meantime, we are on schedule to finish the full game within the next few months, as well as a spin-off game that further elaborates upon the tenuous relationship between two of our major characters.

As such, if you find any bugs or would like to make suggestions on how to improve the game please let us know! You can reach us on any of the channels below.

EA Launch Discount
Rocco's Island: Ring to End the pain will initially be priced at $14.99, and will be discounted by 20% at launch.