After almost a year of development, Nomad Fleet is finally available for purchase on Steam. I also talk about the process and a small controversy.

With the game now available for Early Access comes a lot more work but I think I'm ready for it. My biggest enemy at the moment is obscurity not criticism.

The base price of the game is 14.99 and there's a launch discount of 15% for the first week. I think the price is fair, the game is stable and playable from beginning to end but it needs more content at the moment. 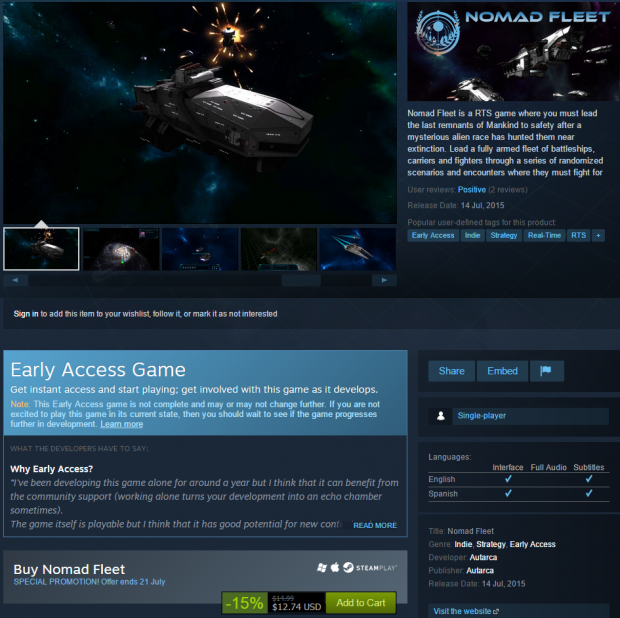 I'm receiving a lot of useful feedback and apparently there's no crashes so far only minor bugs and annoyances. I have received several requests of small youtubers and there's already a few gameplay videos and blog articles out there. Its pretty early to make any definitive judgements but so far there's a few positive reviews that give me hope for the future of this project.

I also started to work in new content. This first content patch should have a few new ships and levels, if is possible I would also like to add some extra control options since the camera and controls are what needs more polishing. Check some images of the new content: 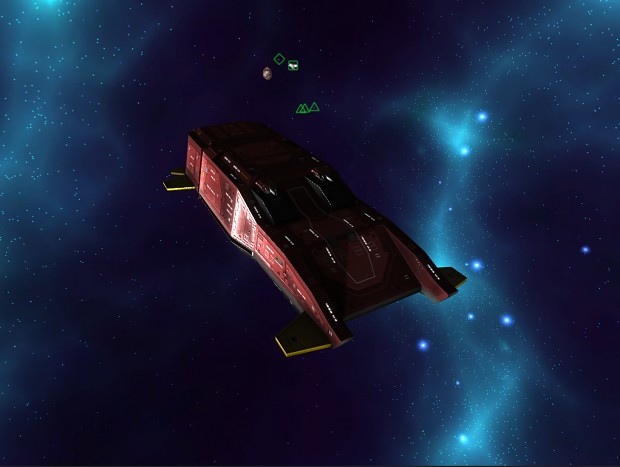 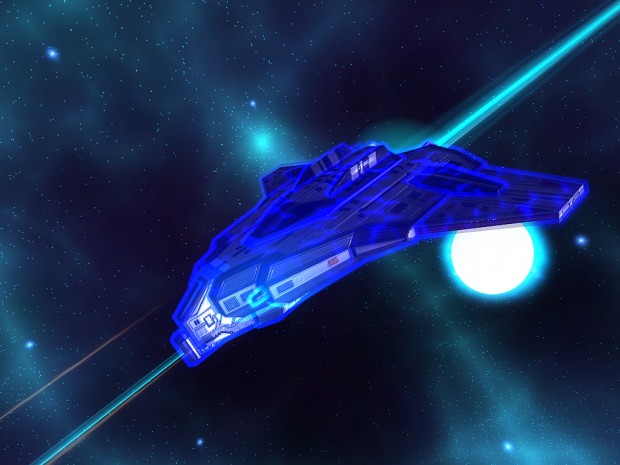 I sent a lot of keys to several major press websites two weeks before launch and only a few answered back. Worse, only small blogs and youtubers have actually cared to make an article or video about it. I understand that the market is crowded but I think my game deserves a bit of attention, here you have a single man new indie dev that takes the time to make a game that doesn't rely on retro graphics and forced nostalgia, that dares to take the risk of making a complex strategy game despite having no support of publishers, crowdfunding campaigns (not by my choice, of course) or false controversies... sorry for the rant.

Well, I knew what I was getting into and I know that I will have to work harder for everything I get (story of my life). 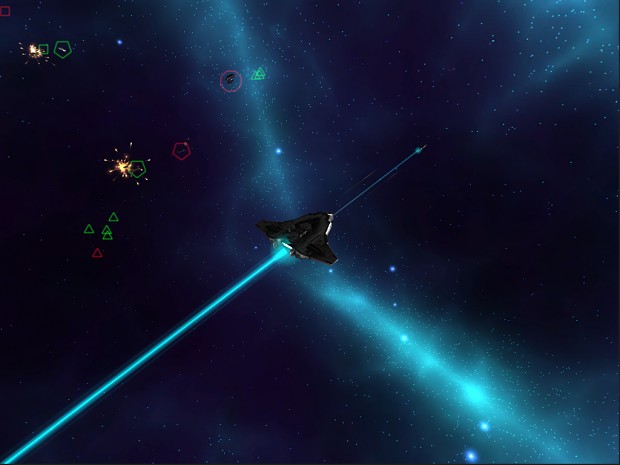 When my game reached the Upcoming list in the Steam home page I got a lot of exposure so that got me my first "critics". Mainly some people were upset about the game looking too much like Homeworld, now I already said in other article what I think about it so I'm not going to waste more of my time on the subject (I'm here to work not to talk) but luckily other users came with logic arguments and pretty much buried the "controversy" with their arguments. If you want to discuss more of the subject, you are welcome to visit the Steam forum of my game: Steamcommunity.com

Now, this is only "ugly" not "bad" because I rather have people arguing about my game instead of just ignoring it. Like I said at the beginning my real enemy is obscurity. 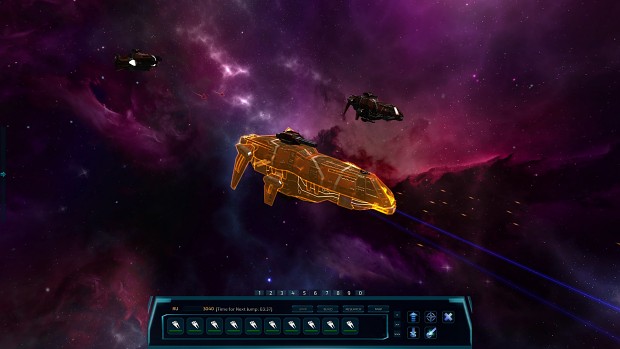 Well, that's it for the moment, despite the problems I'm happy, I made my first PC game and now I can say with confidence that I am an indie game developer, no one can take that away from me.

I will be very busy working on patches and trying to promote the game with my limited resources but feel free to leave me a comment.

Good job mate! Kepp doing what you love most!

Hey your game is awesome.
Dont be sad about not being super successful, remember games like grim fandango were epic but not recognised until years later.

I know you are the only developer, and that its a gigantic effort you are making here. But you cant give up now, good thing take time to make, epic thing take more.

Just focus on the positive feedback, and keep finding ways to promote the game. New forums, and new social media. Keep your game followers close, keep updating and fixing what needs to be fix. Everything else is a waste of time.

At the end of the day, what really matters is that you are making your dream game, and that in its own is epic. Keep up the awesome work.

Yeah, I plan to keep improving it. Even if it doesn't sell much maybe I can use it to gain some good reputation in the industry and be part of team with talented people in the future.