This week we look at the Rival and Ally system, and how they influence how players interact and coordinate strategies in the heat of battle!

We just launched a sign up page so you can apply for a Steam Key to participate in the Pre-Alpha Preview of Jump Tanks! It's a great way to check out the game and talk with us about what you like and what you think we can improve. We will run this for a limited time so we get feedback and polish the game, so please sign up today at: PlayJumpTanks.com

This week we want to discuss the “Ally and Rival” system, which is one of the core features of the game and is based on the Pilot you select for each tank you build. 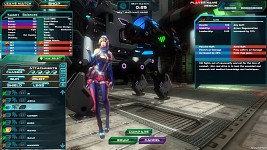 Pilots not only add personality to the game through their backstories but also add a layer of strategy. Each Pilot has passive ally and rival abilities as well as providing the HP stat to your tanks. We will go through each ability type and how it is used.

In the Garage you can select your Pilot to view their abilities. Here is an early implementation of the UI and some test abilities.

The Passive ability is the ability that is applied directly to the tank the pilot is assigned to and can help support or improve your overall tank's performance. You could choose a Pilot that has a buff to a specific damage or defense type. This can help offset a weakness in the tank build or to focus the tank even more directly towards a specific strategy. As an example, if your tank has low Armor, you may want a Pilot that shortens the Armor recharge time to help compensate.

We need a way to remind the player of their specific Passive ability in the HUD during gameplay. If you have any suggestions let us know. Currently, we are thinking of putting a buff icon near the player portrait area or near the HP/Armor bars.

Your Pilot’s Ally ability is is granted to a teammate fighting alongside you. To activate it, they must remain in the blue Ally ring that they can see around your tank. The player can find out who their Ally is by looking for the blip on the radar that has an “A” on it. Since you get the Ally ability of your Ally’s pilot, that means it will be able to experience many different abilities, depending on what pilots they are using. If your Ally dies, the next tank they spawn in may have a new pilot, so the ability you are granted can change.

We are considering simplifying Ally ability system so that your pilot’s Ally ability is granted anytime you are in the Ally ring. The pro is that you will always know what ability you will get since it is based on your Pilot. The con is that you will not have the same variety of abilities and unique match ups created by getting an ability based on your teammate’s pilot. Let us know which one you would prefer and why, as your feedback on these systems is valuable! 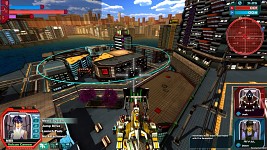 You can see the player approaching their ally in the screenshot above, as well as what Pilot their ally is using on the lower right side.

When active, the Ally ability is displayed next to their portrait. Voice alerts you to the activation of the ability and what type. For example this one allows the player an additional Jump. The Rival ability will appear next to your Rival’s portait sho you can see what makes them extra dangerous to you.

The final ability is the Rival ability. Each player is randomly paired with a Rival before a match starts. You want to avoid your Rival because they get a special ability specifically against you that is based on the Pilot they are using. Your Rival will appear on the radar with a big “R” over their blip when they are near. Currently you cannot see which opponent has you as a Rival, meaning you do not know who you are strong against. The pro is that this keeps you from picking on that player unless you are keen and can see who is constantly running away from you to get back up.

We are also considering changing the system so that your Rival is the person you want to hunt down because you get to use your Rival abilities against them. The reason changing it might work is so you know more specifically what ability you have and how it can benefit you in battle. Once again, please share your thoughts or opinions. 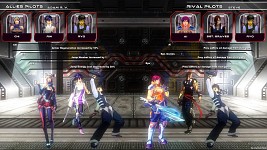 You can see your Allies abilities before each match and what pilots they are using as well as your Rival and their ability details.

We are also working on adding some other events and conditions around the abilities, such as abilities that activate when your Armor is depleted or your health is at a specified percentage. We have a whole list of fun and different ways abilities can be triggered and the ways they can augment your tank, stats and gameplay.

Feel free to share your thoughts or ideas, we value your feedback highly and will make a point of reading comments and posting back! Also, sign up today for a chance to get in on the Pre-Alpha preview at PlayJumpTanks.com! We'll be waiting for you!