Posted by RasmusLjunggren on Sep 3rd, 2014


Dwelvers will be released to Steam any day now, until then we have the offer that anyone that pre-order Dwelvers before the Steam release will get three free steamkeys.

What do I get by pre-ordering Dwelvers?

Why pre-order?
This pre-order option is a limited time offer. Once Dwelvers gets released on Steam, Pre-Ordering will no longer be available. So don’t miss out on the chance to become a part of a very special group of people that helped us with the development of Dwelvers, and get recognition from your account here on Dwelvers.com.
Pre-ordering the game directly from the website will allow you to become more involved with the development of Dwelvers than if you bought it on any other site.

This means that those who pre-order Dwelvers will get access to game content that is hidden for those who just simply purchase the game on Steam. The reason for this is not only as a thanks for your support, but also because it will be a lot easier for me as a developer to give a smaller group of people the chance to try out new features before releasing them to everyone that has bought the game. Before a major update of Dwelvers is released on any other site it will always be bug-tested here first. Also, more funding will go directly into the development of Dwelvers because no other parties will take a cut of the transaction. 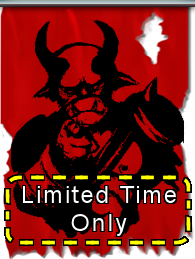 Some of the upgrades since v0.7e


I know, this is the third time I change it... But as long as I am not happy I will keep changing it. So this time I have backtracked to DK's way of creating creatures with some modifications.

The idea is simple. There will be some buildings in the dungeon that attracts certain creature types. When these buildings are built the creature that are being attracted will get spewed out by the Dark Mother. From this point the player will have to make sure that this creature (lets say Orc) is happy. Because when all the Orcs the player owns are happy a timer will increase (that is the cyan colored line in the screenshot above), but when one Orc of all the Orcs is unhappy the timer will decrease. This is represented by a green (+) or a red (-) as seen in the screenshot. The challenge here is to keep all the Orcs happy, and the more Orcs the player gets the harder it will be to keep them all happy at once.

The reason I want to limit the creature production is because I want the player to focus on equipping and training the creatures and not to mass produce them.

I will of course make it a lot harder for the player to keep the creatures happy by giving them more demands. The Orc for example requires:


From now on I will release a demo with every new version of Dwelvers released. The demo works exactly as the full version with some limitations: