Today we take the first look at a new feature that has been recently added to Dungeons of Daggerhelm: random world generation.

We've been very busy this week with some brand new features we're adding to the game. We'll make a list of them for you here:

- Several new world objects that bring the world to life.

- Animated trees that sway in the wind at different intervals.

- Patches of dirt/dry grass that gives the world depth.

- Randomly placed enemies that do not spawn directly on the player when the map ends loading.

Current bugs:
- Some boulders are placed directly on top of trees that interfere with depth parameters.
- A ton of dirt patches overlap, causing a cut-off sharpened edge. This will be amended by reducing the amount of dirt patches placed in the level.
- Sample enemies (evil rangers and shadowsouls) get stuck in between peculiarly placed boulder formations due to their AI.
- Trees appear too stretched out and the graphics become blurred. Will be amended in the sprite editor.

Here are some screen shots showing how the world is randomized: 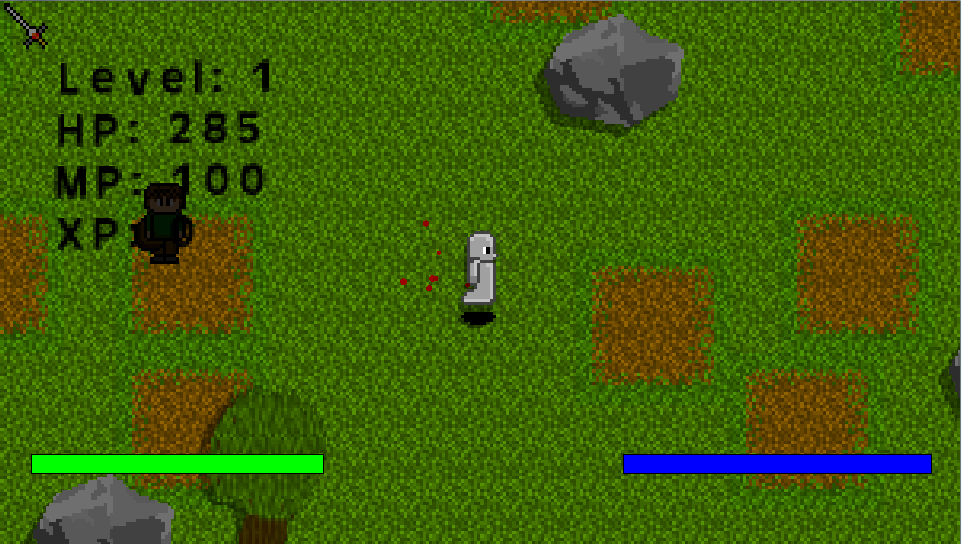 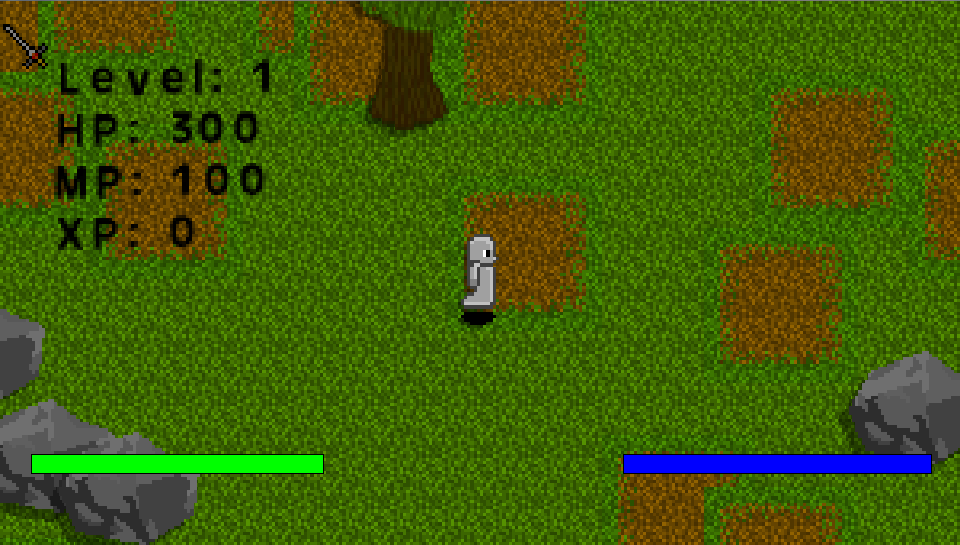 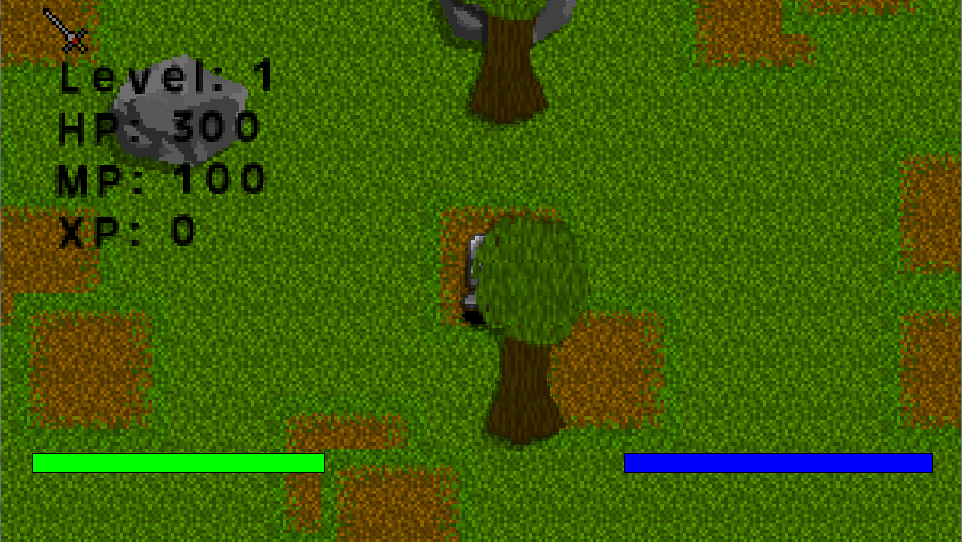 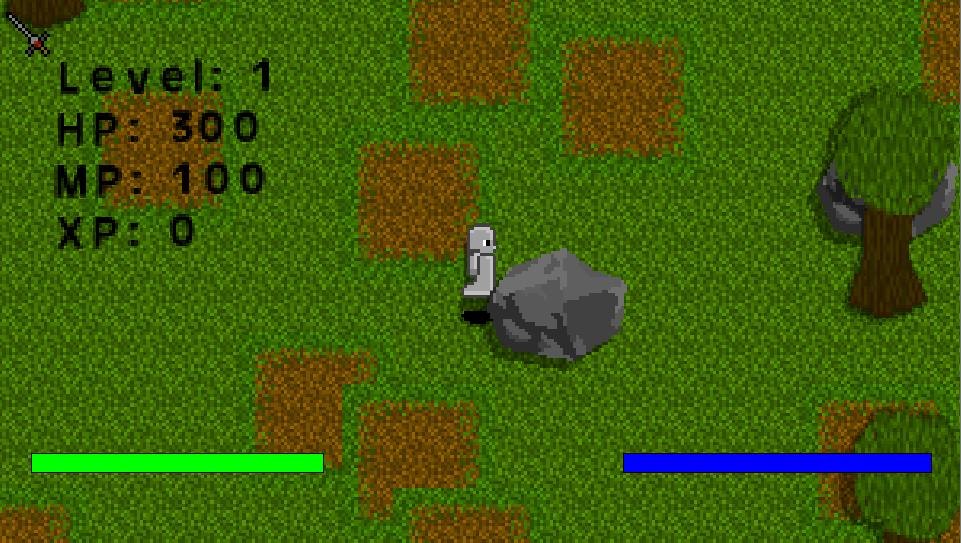 Obviously, the world appears incredibly bland as it stands. However, the system by which the world is generated is now up and running and is stable enough to add many more ground-clutter objects and enemies.

We would love your suggests as to what other kinds of ground-clutter objects and enemies to add to this level. Now you know what the level looks like, please write a comment or send us a message explaining what you would like to see here! We would greatly appreciate some advice and suggestions.