Posted by RenderedWorld on Feb 3rd, 2015

We're really proud of what we've done in this next update! And I mean really proud, because it will bring a bunch of new aspects and changes to the game that were in dire need of attention.

The first biggest and obvious change is the fact that we've scaled the screen resolution to better fit the kind of visuals we're trying to achieve. Here's a screenshot of that new resolution (900x900):

It's a huge picture, but it represents the actual size of the game screen. The rationale behind picking a screen size such as 900x900 is that it offers a simple way to make our graphics appear smooth and pixel-perfect on a moving, active screen. At a resolution like 1280x720, certain graphics look choppy and broken. We realize that certain screens may not be able to support 900x900 resolutions, we'll tool around with this a little more to see if we can get to something a little more satisfactory.

What this large screen size also offers is more room for the new HUD setup. For now, until we populate it with more flashy nice things, it sports the same EXP, health and mana bars that we had before, a cool little place where it shows you what class you are currently playing as.

This picture shows something different. Here we have a few of our core player stats drawn next to the health and mana bars. They include Strength, Wisdom, Fortitude, and Armor. These stats increase slightly every time your character levels up. What do they do?

We're thinking of adding something like INTELLECT to boost the Sorcerer's abilities, and DEXTERITY to boost the Ranger's. At any rate, we're working on this. It's far from a done-and-tested system.

As the next step in this revamping process, we've begun remodeling our enemy objects so that they are easier to manage; bringing all of their stats under one roof, buffing and changing anything we want to quickly and efficiently. This is what's next on the list, so more information to come later.

Next up, we'll be talking about the next brand-new world that we are envisioning (but not building quite yet): the Death Foundry.
This world will have a frost-themed background and environment with that graveyard-like feel to it. Risen dead everywhere, some fresh and some long gone.


(We'll be adding more skin and muscle on this guy later)

Frost atronauchs roam free to patrol and protect the evil necromancy going on in the Foundry. 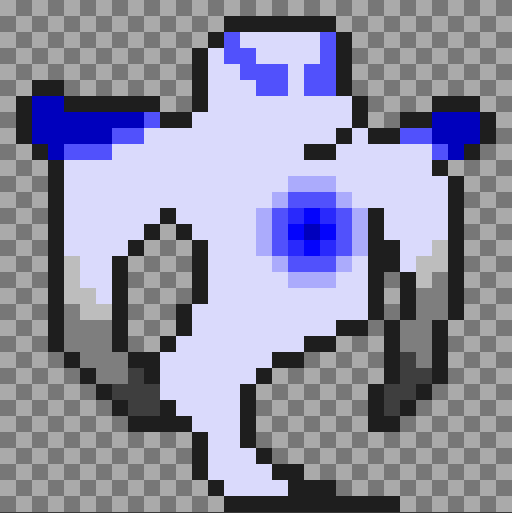 And the Valerikye, fallen angels that do their Master's bidding. 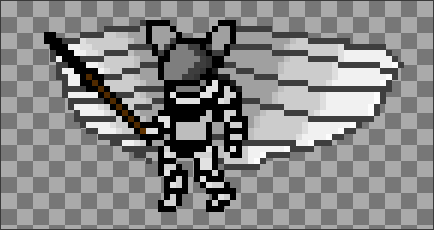 This zone will introduce a cool new feature that may be exclusive to this zone depending on how well it works out: we may consider adding wings and randomized dungeons to this zone because it fits well with the aesthetic (And by wings, we mean different areas that can be accessed, in addition to the 6400x6400 worldmap, each including their own separate boss fights).

And yes, before you get all bent out of shape, we were thinking about Icecrown Citadel from World of Warcraft in shaping this zone. (Just so that you guys are aware, we think its fun to add in small cameo appearances of certain popular/beloved video game characters from our own past. Has anyone found the "Solaire the Sun-Bro" look alike yet???)