We’ve started our Early Access with a bunch of new mechanics, to make our first commerce version as much feature-rich and and interesting as we can. First of all, we got new playable character - barbarian Ironbraids! He’s unlockable after a few runs and differs from Sir Bucket with lower speed, tougher armor, inability to conjure magiac and count. Also he got different active ability - Battle Dash in which he charges at his enemies, pushes them around and inflict sirious damage. Oh yes, we have active abilities now - for Bucket it’s Dodge-Roll, that makes him invulnerable for duration of rolling out of danger. Poland can into roll too!

Enemies are ready for heroes and their ambitions - every couple of levels one of the monsters becomes King of the Rift, that make him tougher and gives him a fancy crown. “Fanciness” of the crown is determined by monster’s level. In future every monster will have a unique ability for his moment of royalness.

Steam Release, even in Early Access, is a giant step for us. Thanks everybody who supported us during our alpha-development - positive feedback and interest in our game is a best reason to complete our project into a full game. We’re hoping that you’ll like DungeonRift and we will continue improving it. =) 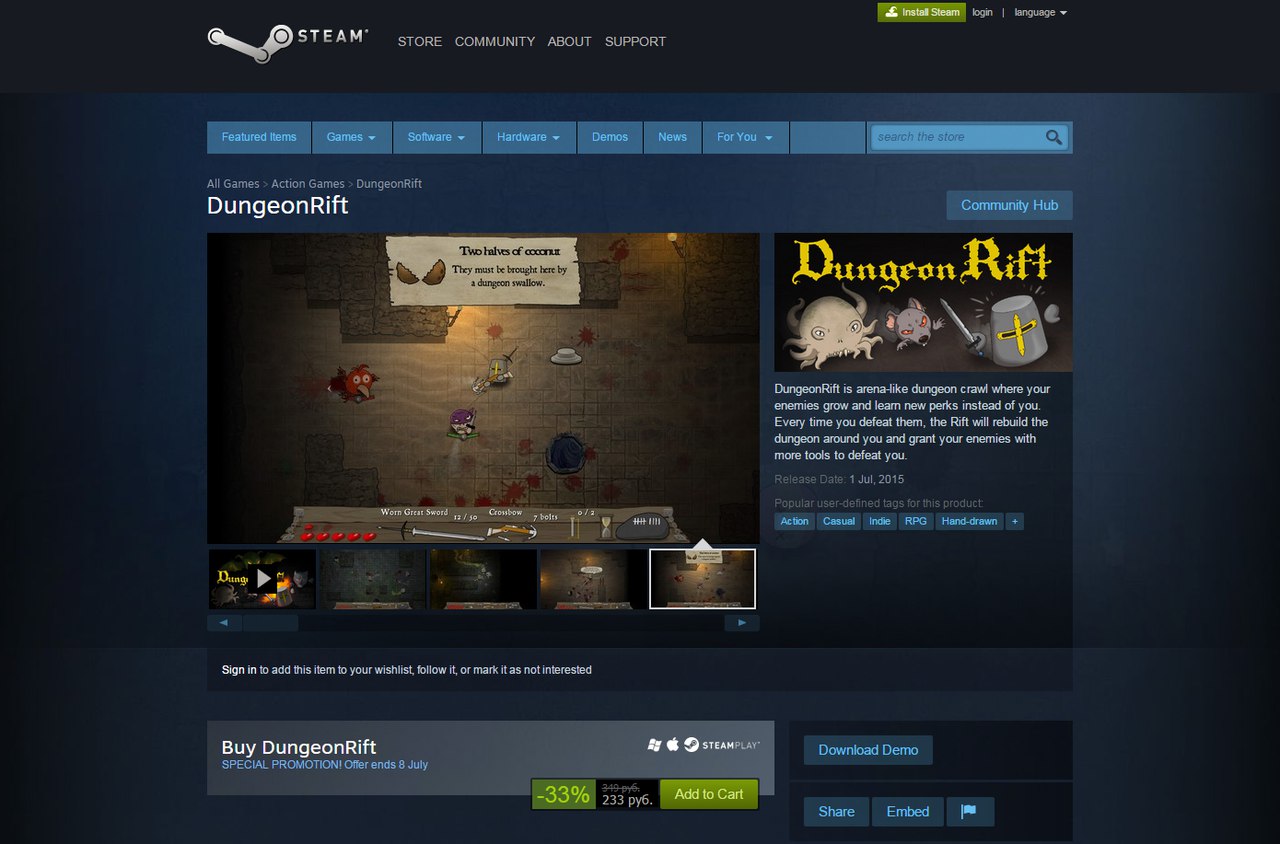