I have began working full time on Dungeon Dwellers, which is now called Dwelvers. part of the result of going full time, is the recent emphasis on building the art style - lo and behold!

I bring forth happy news, at least for me :)

I was contacted by a group of developer who have offered to help out with the development and thanks to them, i can now work on the game full time!

So, i have had a very busy last few weeks, and here i am, finally confident enough to list some of the new and exciting progress i have had.

Dungeon Dwellers has become Dwelvers
The first thing i did was changing the game's name. although i feel the former name was good, i believe the new one, which is shorter, would be easier to remember. 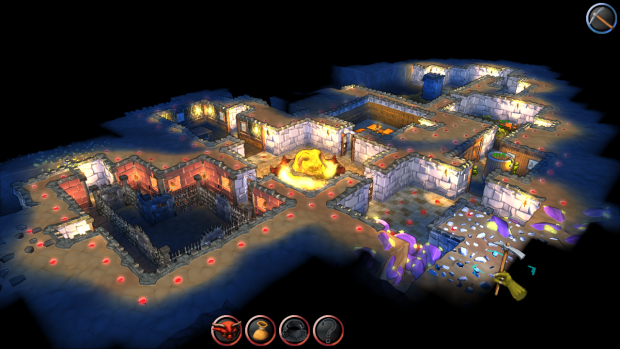 As you can see in the screenshots, i have completely changed the graphic style the game has to differentiate the game from other, similar games in the genre. i am extremely happy with the direction its taking and positive that as i'll refine it and add details, the game will be a marvelous one to watch, as well as play.

UI - I have improved the interface, both graphically and in terms of its functionality. instead of a big panel of various icons, the game now has a ring interface that is "summoned" while right clicking anywhere in the game. this makes the screen much less clustered and allow for a faster interaction with the game. 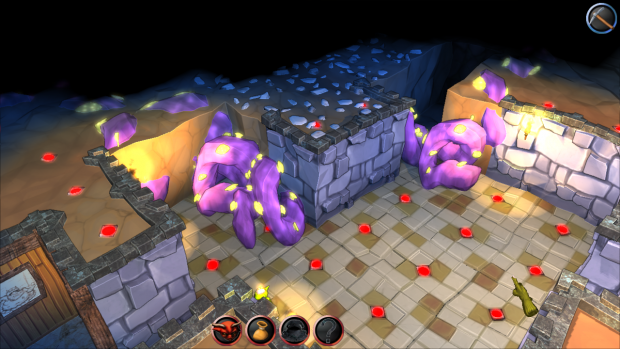 Rooms - rooms are now not just designations on the floor, but actually built rooms. this means you will need materials to build them and you will need free imps to do so. 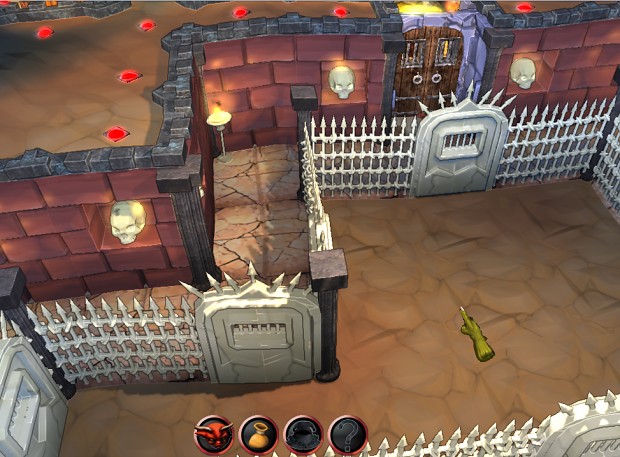 Fishing - i have added fish and fishing to the game. imps, as opposed to us mere humans, do not fish in the ordinary way. nah, thats just too slow. what imps do, is head dive in the pool, catch the poor fish with their bare hands, and dive right back, all ready to enjoy a good roasted fish. 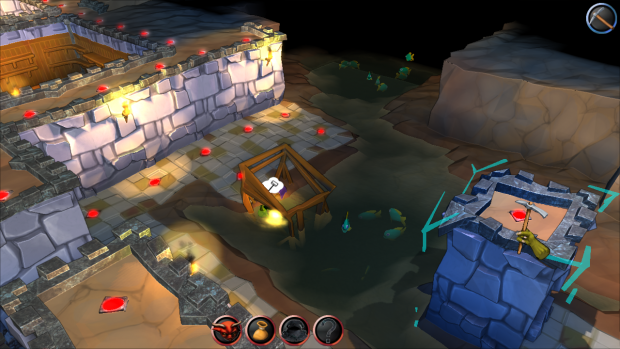 Possession - thats right! the famous possession spell is now alive and kicking in the game. you can use it to just follow an imp as he does his ordinary day to day duties, or you could manually take over his little brain and walk him all over your impressively built dungeon!

Dynamic Heat map - the game nows calculate how heat spreads in the dungeons. right now, it serves as lighting wizardy, but in the future, some monsters will prefer the cold places, some would rather roast in the comforting heat of a sprawling lava stream. 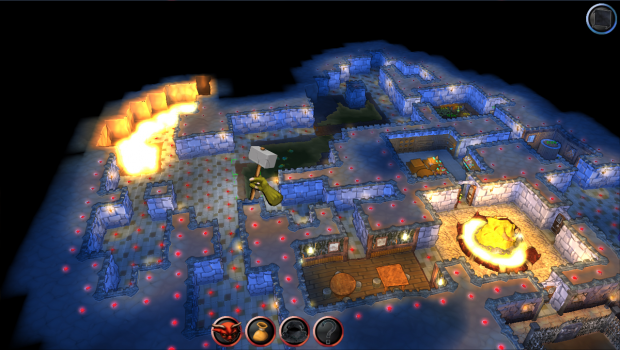 In addition, i have improved and further enhanced the code behind the game engine, so the game runs much smoother now!

that's it, i guess. while it doesn't sound much, mostly because i have detailed a fraction of the improvements done to the game, it is going to be a pretty big update next time you guys launch the game and you will realize it on your first glance!

thank you very much and cya real soon!

Very impressive! Your style looks fresh and interesting while still being faithful to DK. Good work. I look forward to further progress!

nice texturing and awesome rendition to Dungeon Keeper!! Keep it up!

The game looks very similar to DK and there is nothing wrong with that.
Please keep going at it as I really need the DK feeling back !