Two dungeon-themed mods and an entirely new, original mapset this time. Ever wanted to be a young spellblade fighting an evil warlock, or a tourist out to kill Hitler? No? Shame, it's all you get.

Yeah, I'm very late again, the delay being a compound of multiple reasons (one of them being very bad for the community in general) and I don't want to discuss them all, so apologies, but hopefully the mods ported this time around are worth the wait. There's two new conversions - a small one and a big one - as well as a piece of original content, so let's get going...

The big one is called Dungeon Quest Part I: Barons from the Underworld. Long title, long game: this mod by Alan B. Clem gives us 23 maps for the Third Encounter and is basically a total conversion; maps are all new and nearly every audiovisual resource in the game is replaced. There's even some new music! It's a major, pretty epic undertaking taking place in a suitably epic fantasy setting.

The story is as follows. Twenty years ago, a villager has gone missing on his way to the city of Tarikana. Some of the more adventurous locals set out to find him, but they all end up murdered by supernatural beigns in a dark valley - or so the lone survivor says, but no one believes him. And yet, over the years, increasingly more people disappear in unclear circumstances. Fast forward to now and these incidents have gradually turned into outright terror raids as demons and witches ravage villages and towns. As it turns out, one man stands behind this invasion: he's called the Flash Deamon and this is his revenge on the people of Tarikana, who harassed and ruined his family.

You are Thorax, a young adventurer skilled in both magic and blade. You have volunteered to infiltrate the Flash Deamon's fortress and defeat the evil mage, but of course he's protected by hordes of magical enemies. But you will succeed, won't you? You always do.

===CREDITS===
Made by Alan B. Clem, "additional image assistance" by Laz Rojas (gee,
he sure shows up a lot, I wonder why?) and Casey Renz, playtesting also by Casey Renz 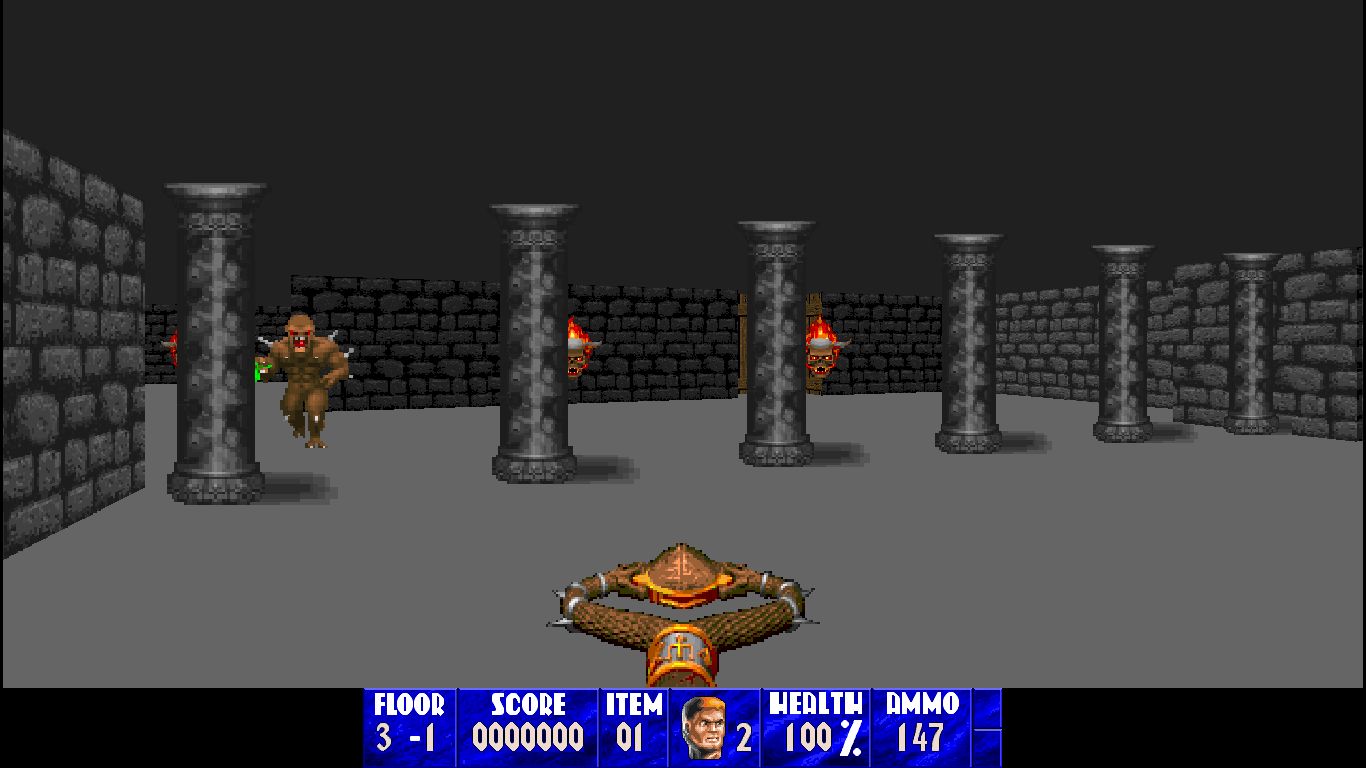 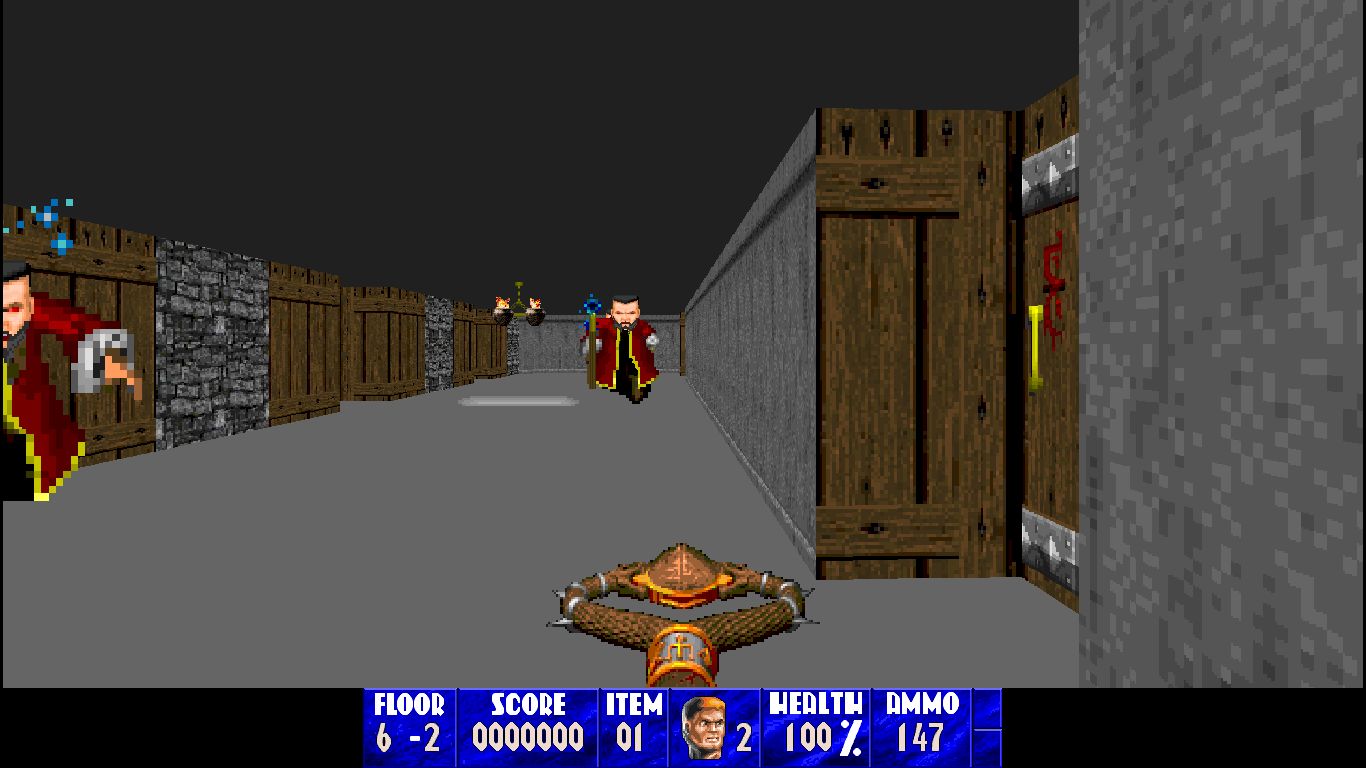 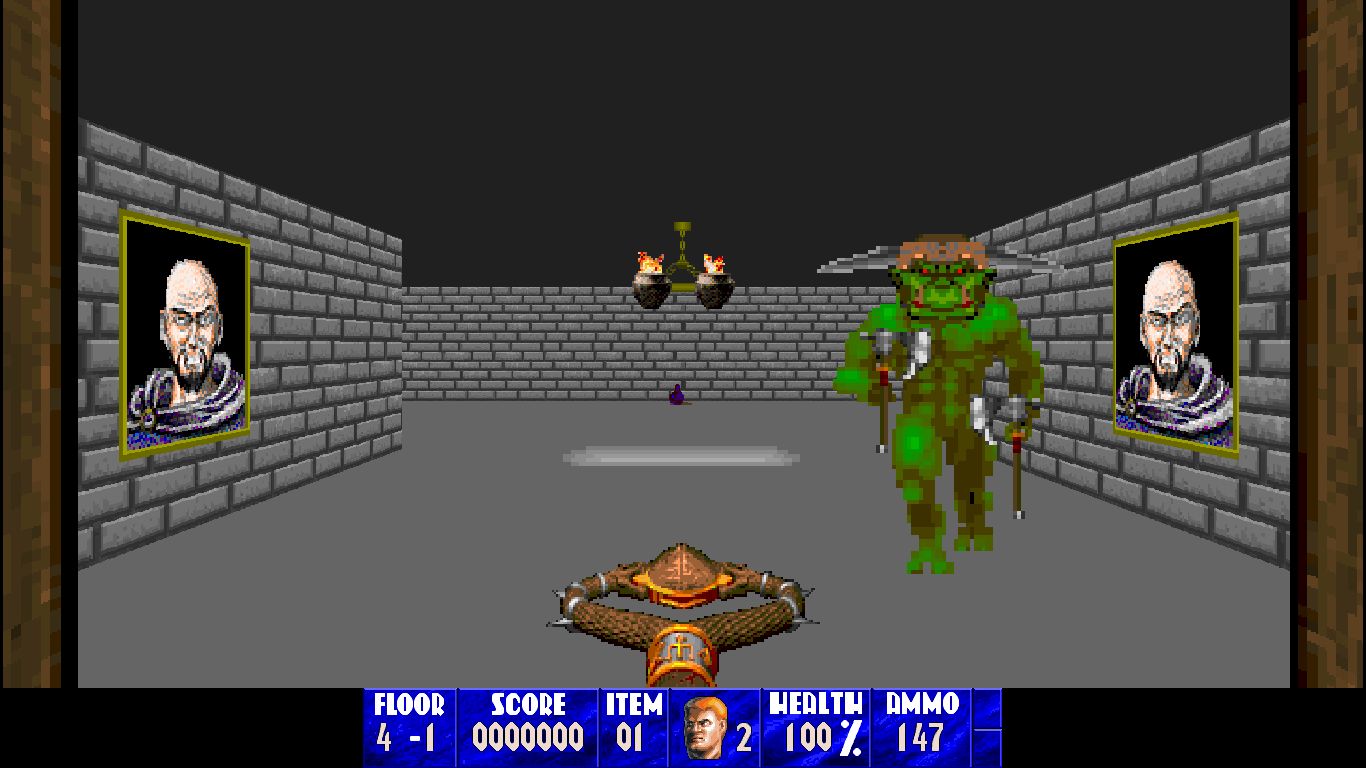 What's next then? It's called Dungeon (why, yes, dungeons are today's theme, how did you know?) and it's a three-level Third Encounter mod by Miguel Faria. There's a couple new enemies and other miscellaneous graphic changes. You are an American tourist (!) carefreely sightseeing the Third Reich when the Land of Freedom decideds to join the war on the Allies' side. You end up captured and placed in a pretty harsh internment prison. One failed escape attempt later, you conclude that military staff is rather incompetent in these parts, and since you managed to stash away a pistol, your real escape should be that much easier. Oh, and according to rumors, Hitler himself will be visiting soon... Why not kill two birds with one stone then? 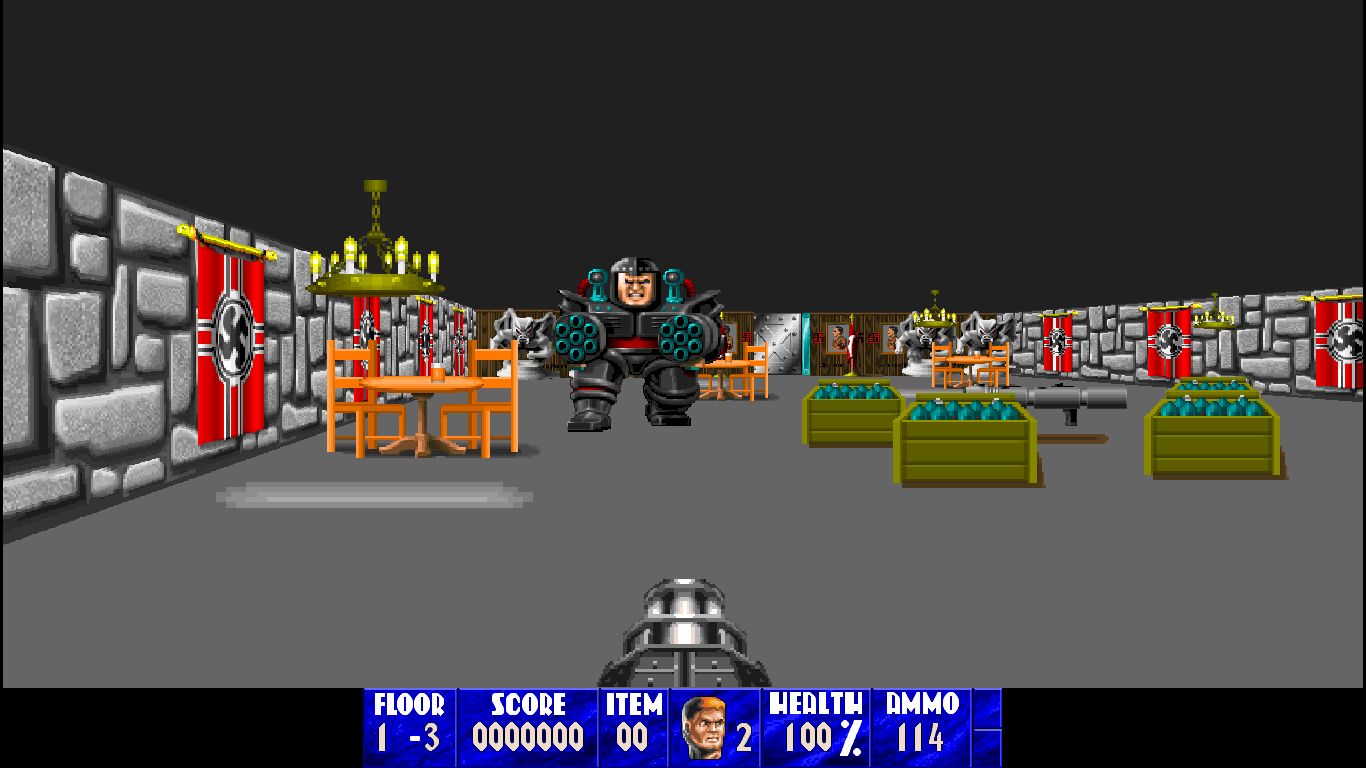 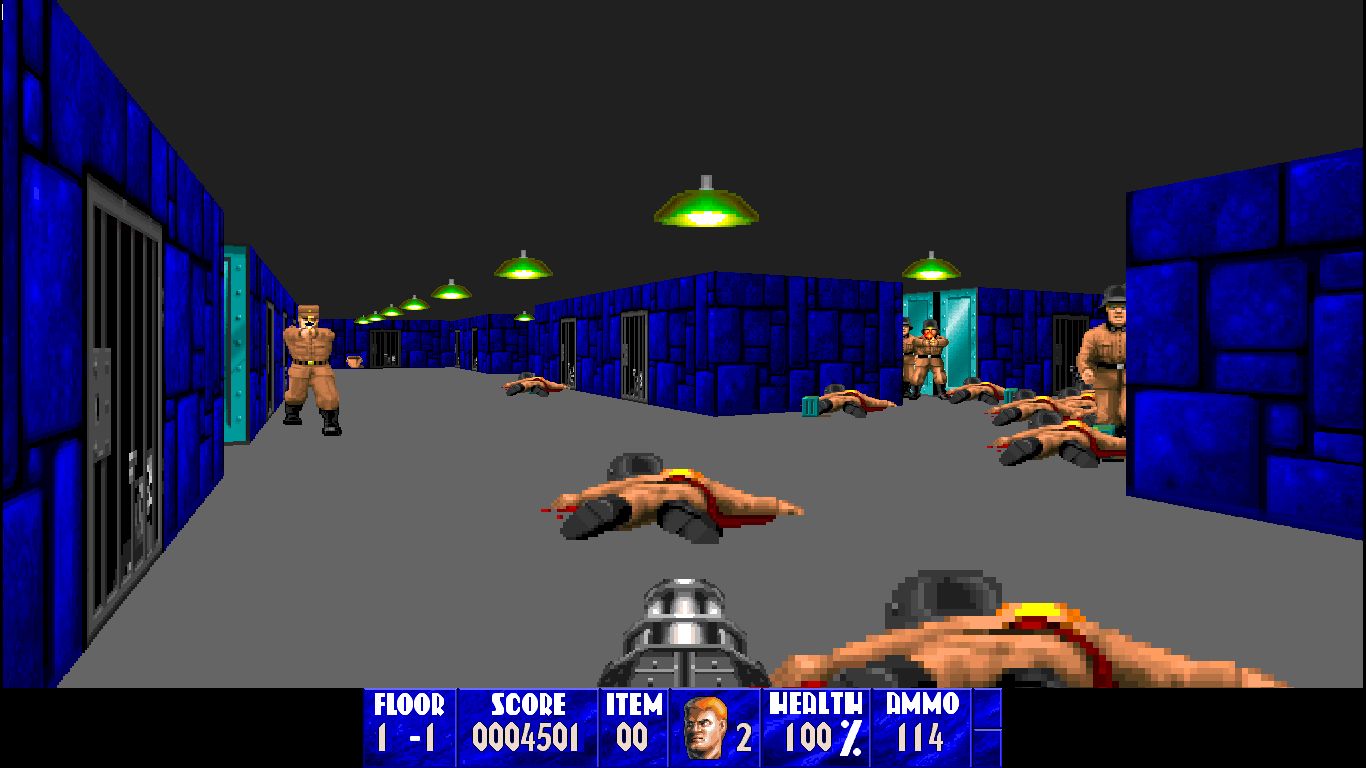 Original content time! AstroCreep is up to his shenanigans again. After porting Gorenstein, he now brings us a 4-level mapset named... A Fucking Mapset. There's not much to it, no story, just four maps, new music and a title screen. The author hopes this can be the start of a veritable *flood* of MacenWolf original content. Go make his wish come true.

===CREDITS===
AstroCreep made the thing, Gerolf tested it. 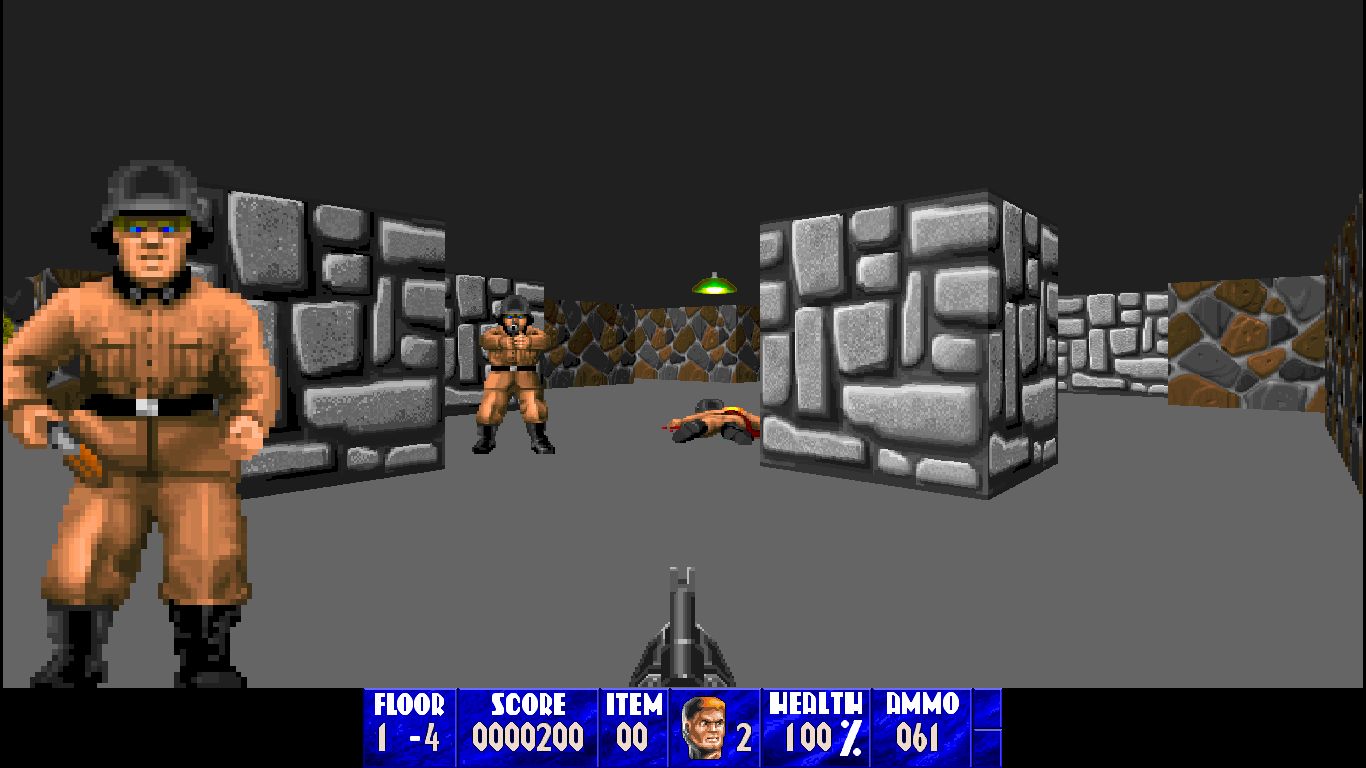 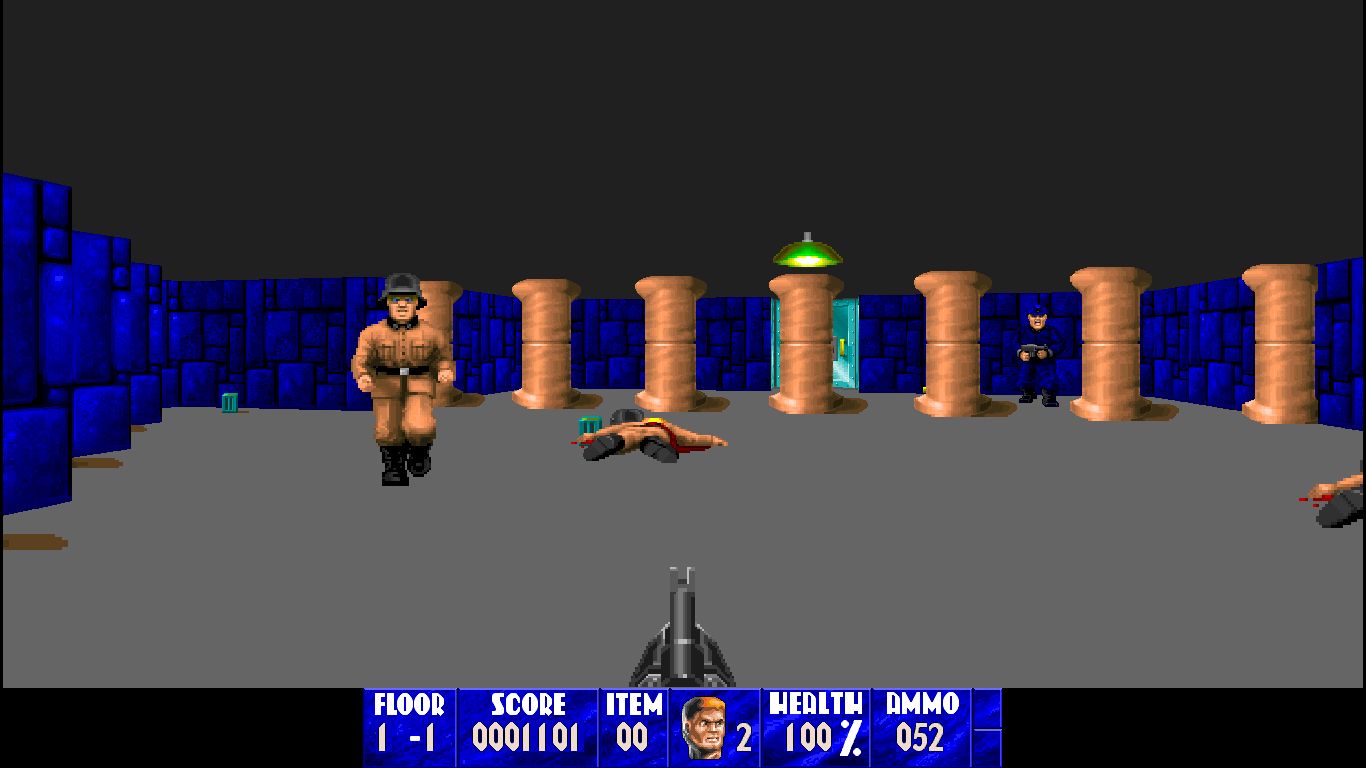 As a closing remark, I had to update the first two Astrostein games again... Last time, when fixing some missing sprites, I accidentally introduced an entirely different problem. Suffice it to say, enemies should now again disintegrate properly. So check your copy and if something seems wrong, update it. Sorry.