Fixes a range of bugs, adds boars back to the game, and also brings new kinds of flowers to the map.

(mirror from my blog:) 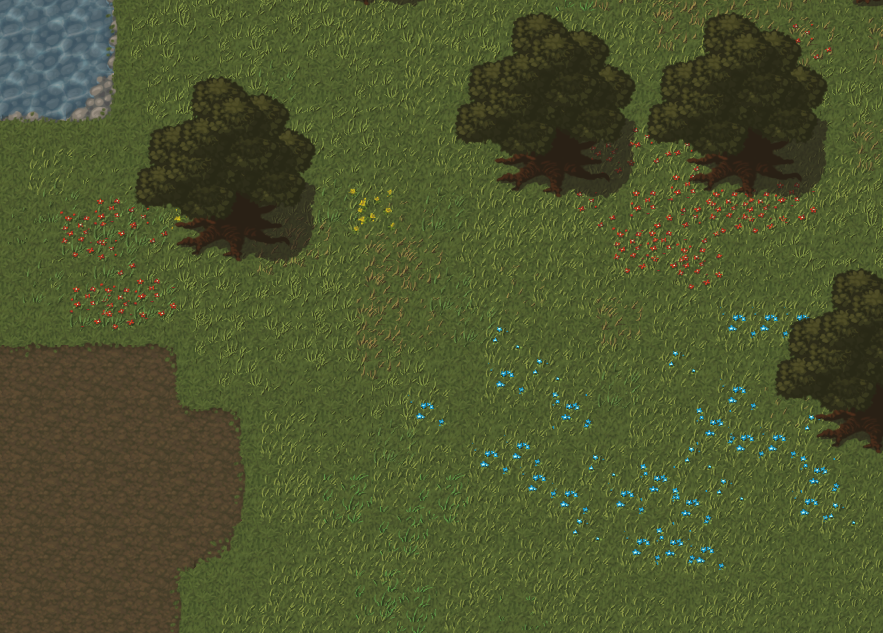 In my last post I released new grass objects so in today's version (v0.1.8.176) I am adding to that some new flowers (see above screenshot).

These flowers grow only in thick grass areas. There are several rules behind the growing behavior. For example, the flowers use the surrounding plant types to determine if the flower can spread there or not. This allows the game to generate larger areas of the same kind, but also limits these areas to reasonable sizes, meaning, the map should not be able to fill up completely with the same kind (though, impossible it is not). Boars now also like to eat flowers.

There have been a lot of bugs again this week which were reported by my alpha testers. Thank you again. I have seen an increase in the number of people play testing the game, and that seems to also correlate to the increase in bug reporting. But there are also some silly mistakes that I have made to increase complaints. For example, in one of last weeks releases, players mentioned that they couldn't find any boars. Well that was because of my change to test boar eating behavior, where I turned down the number of boars generated by the game to only '1' and I did that in order to see how much grass a single boar would eat over time. Or course I forgot to turn that back on. To sum this up, I now use a notepad to mark down changes that need to be un-done before a release is published.