You’ve missed us, haven’t you? No, we didn’t give up, we didn’t die and we didn’t run away. This long delay before an update was caused by a huge amount of work that needed to be done, we had no time to think over any updates, and we didn’t have much to show, as the stuff we were doing was quite specific...

You’ve missed us, haven’t you?
No, we didn’t give up, we didn’t die and we didn’t run away. This long delay before an update was caused by a huge amount of work that needed to be done, we had no time to think over any updates, and we didn’t have much to show, as the stuff we were doing was quite specific...
We’ve made a real mess in these four months: we’ve dramatically changed the building construction system, which also affected the gameplay; we’ve moved from C&C3 to a newer RA3 engine and did our best, but RA3 turned out to be very difficult to handle and we had to move back. At a certain point even I was afraid for the future of the project because of the numerous arguments we had about the gameplay, but we’ve managed to hold out…
Oh…enough about problems, I think it is time to show something.
This very update does not have any certain purpose. Today we’ll just report on our work for the past four months. Let’s begin, I hope you’ll enjoy it =)

[1] - At first let us introduce you our newcomers and their works:

At first it was textured, but the texture was rejected later, what you see below is only a first scrapped version that is to be changed. 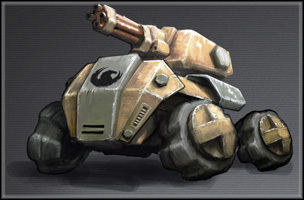 Here you can see a new Harkonnen harvester, the one that we were asked about many times after we rejected the first version: 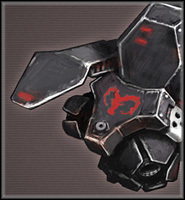 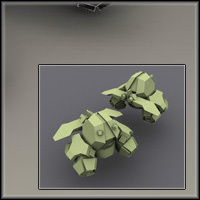 *note: the Atreides harvester will remain true to the classical Dune*
Yes… we are still growing =)

Speaking shortly, the main differences of the factions lie in what they rely on. While the Harkonnen put their trust their armoured vehicles and their firepower, the Atreides and their Fremen allies rely on the strength of their soldiers who have already brought a whole empire to its knees
All this should bring enough good differences into the gameplay as well. But this is merely the top of the iceberg, almost every unit will have unique abilities – this should bring even more diversity between the factions.
You will be able to see complete descriptions of the factions in our next update which will follow soon – stay tuned, we still have something to show.

Something we’ve spent a lot of time on =)
Some information: 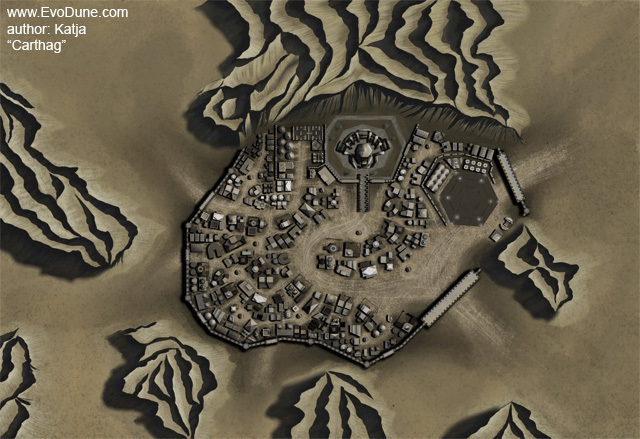 The House Harkonnen organized a very active construction about 40 years ago when Spacing Guild manipulations had given them Arrakis as a quasi-fief to govern. Carthag was built in surprisingly short period of time, the very construction showed what man can achieve in his desire. Blocky buildings were constructed of substandard materials. The buildings’ appearance stressed their functionality, no one ever thought about elegance and architectural extravagance. Carthag was like a square peg in a round hole.
All this time it had been the most secure foothold for the Harkonnen on Arrakis, but now it isn’t a very safe place. Those Harkonnen who have managed to survive in the recent chaos are hiding behind the tall city walls and desperately count their last days… all their former allies have abandoned them and no one will be able to help them. They won’t be able to run away from the planet as well - The Guild is too frightened to risk, no matter what the House Harkonnen can offer.
The noisy city, which looked so odd in the landscapes of Dune, was silent, awaiting the retribution. Now it reminds a cemetery, the gladiator fights and workers can be heard no more… the production stopped completely, a huge spice silo is now standing without any purpose. Once large harvesters were dumping their load here, but now there is only a strong scent of cinnamon and a devastating feeling of despair.

Unfortunately, we cannot show anything else about this mission, as the map and its details are not finished yet, but when it’s done, we’ll show you a nice trailer, believe me, there will be something really worth watching!

by our ladies Durochka & Lenore
no comment* - just watch...

And a couple of works, some of them are humourous, some are serious, but they are still connected with our project. The author is someone called AnderP, one of our official forum visitors, and at the same time a very creative person – you can be certain here:

"Soviet Dune" (Ku! for those who know what’s the deal) 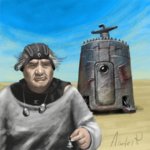 A caricature with one of our team members, Kiwi
"Kiwi is a real bird, he’s not afraid of Shai-Hulud" 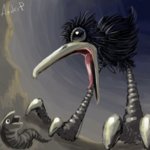 And some serious arts:

Some time ago FreeON and VolkovGeneral contacted us and gave us their remix of a very famous track:

And in the end we wand to present two videos.
"Мotivation" – this one was created spontaneously, I just had nothing to do.

Well, perhaps that’s all for today – the [ADVENTURERS] wish you happy Christmas and New Year! See you next time! We’ll have more!

Is that thing that appears to be a syringe spewing blob involving the Tlailaxu?

would be a lot more easier to work together with the other dune mod, and make an epic mod...but this looks too epic already :D

I don't blame you about going back to the C&C3 engine. RA modding is a lost cause (makes C&C4 a lost hope. Going to SC2 myself).

I noticed that on the top of part 4 the middle image is not linking.

Overall good work so far, I am glad in see ingame shots!!!

C&C4 will not have MOD SDK cuz online oriented game

No, avoid to spit these words again! :-P

So what? It only means that they verify servers. What about a server with mods, or officially supported mods?

We would need only to convince them if things had gone badly (they didn't agree).

Generals files were all open, C&C3 had a Mod SDK we had to fight for and the RA3 Mod SDK still does not have AI support. C&C4 may have an SDK but as an after thought. So, it is almost certain that it would be extremely limited. SC2's built-in editor will rival Half-life.
Gametrailers.com (there is a small ad before the video)

Hmmmm, we'll see. :-) Anyway, C&C4 must be moddable... everything else can be given up, e.g. base building and resource gathering, but making them impossible to bring back would be... catastrophic.

DAMN YOU FOR GIVING ME REPEATED EYEGASMS!!!

I meant Img199.imageshack.us (From the picture above.)

It´s good to bring this classic back.

I must say this is an impressive media release, very well done.

Looking great... all of the concept art, models, textures and game play are coming along very well and better than some professional game design studios. Top job...