Check out the Closed Alpha preview for the new features on Tactical Action Turn Based Mech Game "DUAL GEAR". See a new videos and screenshots about mouse support on STEAM version and Tactical View feature to make the game have more tactical element!

Sorry for a long time no update after the great new year has begun. We still working about the new features, mechs, new missions, and also a better things for PC player. For now, we have a little progression showing to you all about "mouse support" and "tactical view" the feature allow player swith and ordering the units. Let see a WIP videos. We are showing Mouse system working on Hangar mode and short clip about tactical view. Let's check it out!

We adding a mouse system to make a comfortable more for STEAM version.The rollover effect are able to use when the player move a cursor to any buttons.
It's showing the overlay UI box on any clicking locations. Also, player can use a drag and slide on color adjustment mode. So don't worry about the controller support, it's also working with the same pattern.

Tactical View on Animation and how it's working. 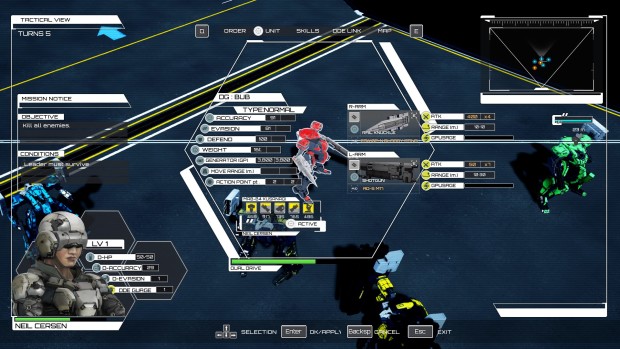 When you going on the mission, the game will switch your screen to the top-down Isometric view. We call this stage with " Tactical View". You can check all about the detail from any unit and able to switch for next or previous units you want to play. So Did you see a DDE link? This feature are about chain combination attack. You will see a Yellow Link Line and Link Rate bar above your team units. You can use a special ability of each skills to make a chance for create more damage from chain attack. We will integrate to the game soon(not for next version) 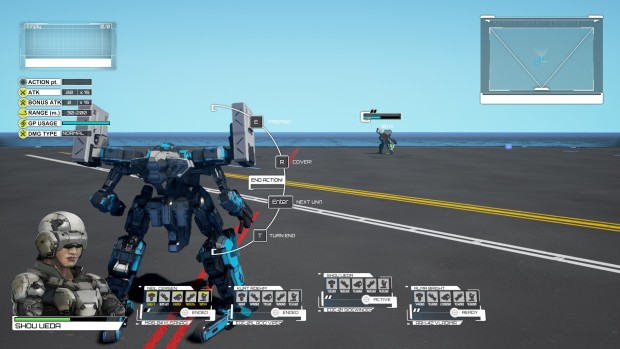 We adding "End Action Order" when player stop the unit and need to switch or end the turn. Not only about switch or end your turn, player are able to choose a defend or cover. There are a ways to make a different action and when the enemy turn start. 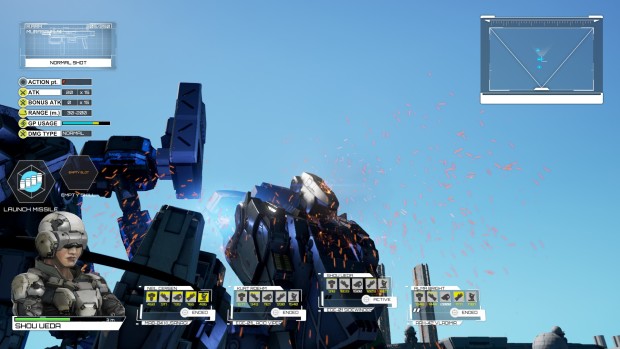 From the lastest earlier builds. All head part can not destroy but the player can see only AP and CP decrease to zero. That's mean the unit has been lost a head part but the head model still appear on the unit. So the next build if you lost any head part, the unit will lost accuracy and evasion abilities. Pls be careful

The Date for a next patch!
The next patch will coming with a little features integrated, Tactical view and some part for mouse support. There are a semi update before last patch for closed-alpha and we will patch up to the STEAM on a first of February!