Some of our latest updates include a new research tree, a way to win the game, visual representation of the city's inhabitants, and other goodies.

Welcome to the last dev update before we start our alpha phase, more on that in the next couple of weeks. Don't forget to sign up to our newsletter so you can hear about it first.

What we've been doing

Other than all the development efforts, some of which we'll describe below, since our last update we've also been working hard on preparations for the alpha phase. That includes a new gameplay trailer (which is ready and waiting to be released!) and other marketing related activities, such as preparing press lists, posts, a website, and so on.

Here are some of the main development updates since our previous post.

There were several options I considered for implementing the research screen. One was a simple list of research subjects with new topics added/removed as you progress, then there were different types of graphs and trees, and I also considered dividing research to categories like we did in Judgment.

One of my favorite options was that instead of researching "Subjects", you would research specific items. So you'd research a "Power Plant" building, or a "Cannon" crafting recipe. I really liked the simplicity of this idea, and it would be nice on the eyes - a tree of simple icons, each representing something that you can unlock.

Unfortunately, I found that it wasn't a perfect match for our needs. Sometimes it didn't make sense to have separate researches for separate items (like wall & gate), and it made it that much harder to build a graph with reasonable dependencies when each node in the graph could only be one item, and every single item in the game (except those you start with) required their own node.

I did manage to maintain the idea for the most part. The idea I went with is a horizontal scrolling graph, a bit like in Civilization 5 & 6 - but for the most part, each research subject unlocks a single entity. However, many of these entities include a "companion" entity. For example, when you unlock the Smelter building, you also unlock the Copper Ingot production recipe. 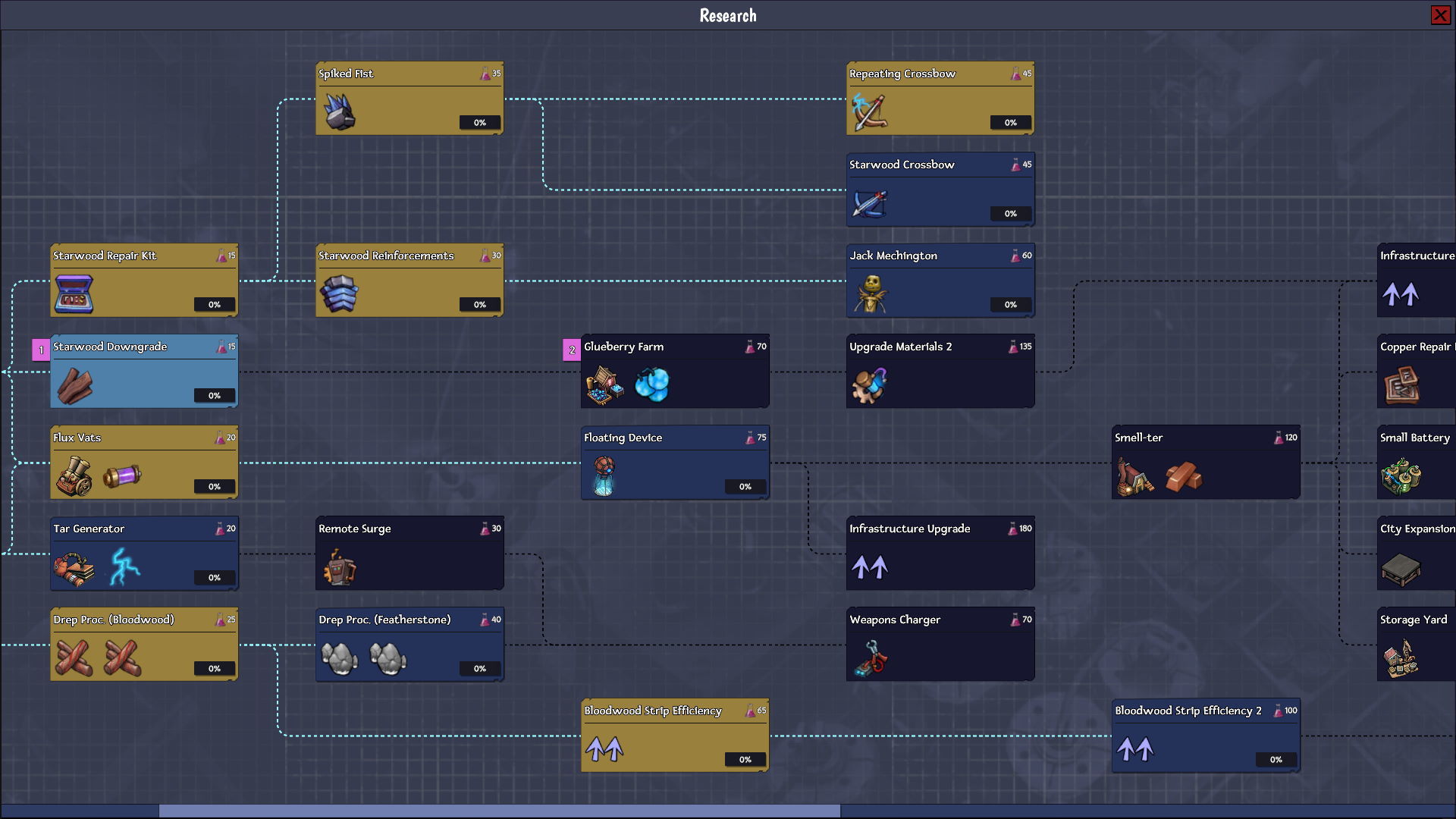 While I do love sandbox games with a lot of freedom, I usually prefer that this freedom be accompanied by some sort of end goal, that you can actually win the game. Even if it's a sandbox sort of victory - Civilization is a good example for this kind of victory - you can theoretically continue playing forever, but there are several goals that you can reach to achieve different types of victory.

So, in the pre-release version of Dream Engines, we added one such victory condition - the Dream Nullifier building. This building is at the end of the tech tree, expensive to build and to upkeep, weighs a lot, and takes quite some time to activate - while having to defend it from enemy raids. But once it is built and activated and fully charged - it will create a safe zone in which you and your people can find safety. You no longer have to fly from place to place.

Later down the road we're also thinking of adding different starting scenarios - leader skills, clan selection, and other things you can unlock between games - so that even after winning the game you will still have new challenges ahead of you in the form of starting over under different circumstances and gameplay changes. 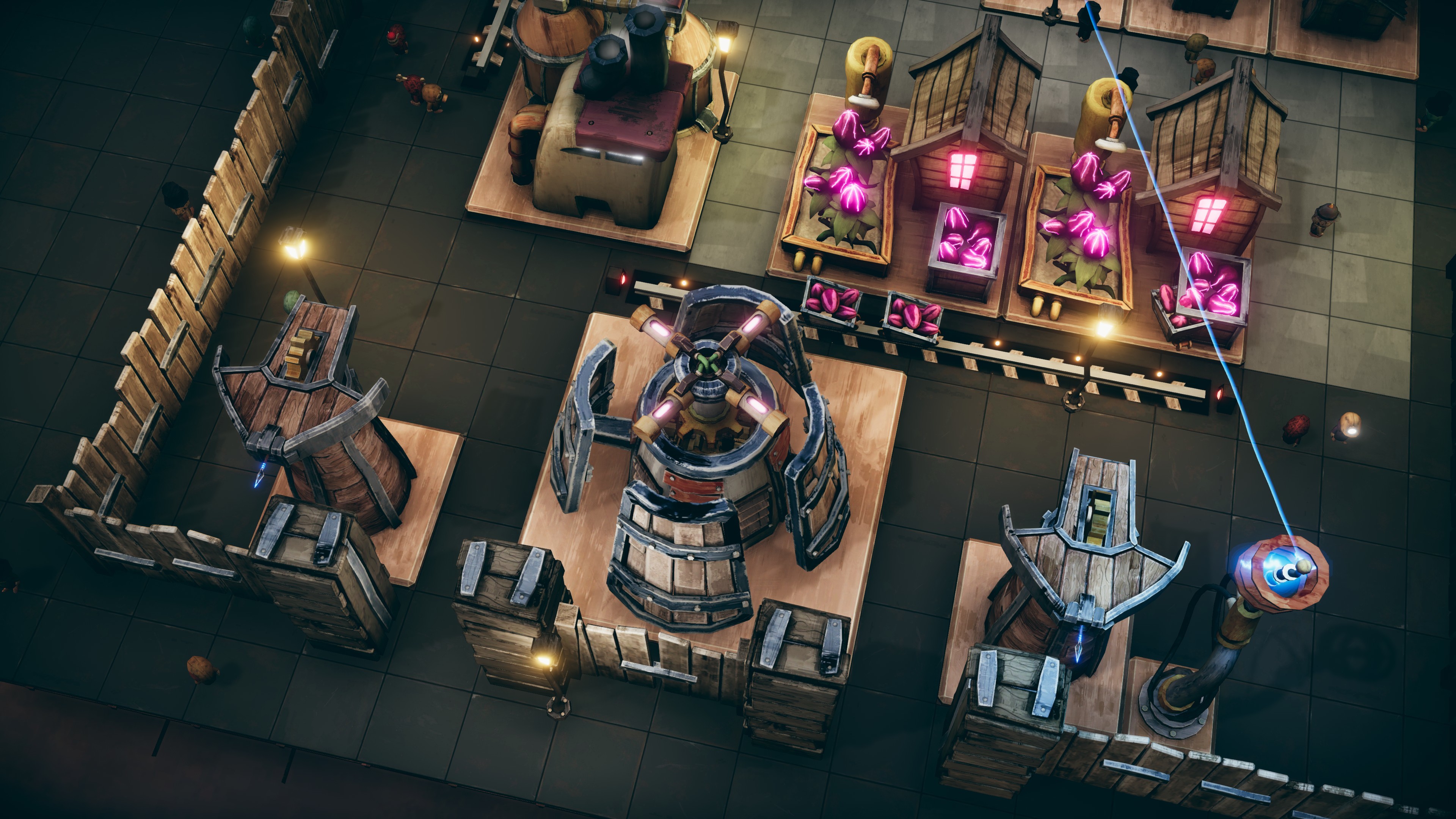 In the visuals area, the main element that gave life to the city were the transport carts that were constantly hauling resources from one building to another. This gave it a factory feel, which is great for a steampunk industrial flying city, but it was a bit lacking in the "city" part of the aesthetics. So we added inhabitants walking around.

These little people help liven up and add some color to the city, as well as provide a better sense of scale. Almost all the elements in the game are oversized (like the transport carts that are the size of a small truck), but it wasn't obvious enough. With the small people walking around, the scale of everything is a bit more prominent. 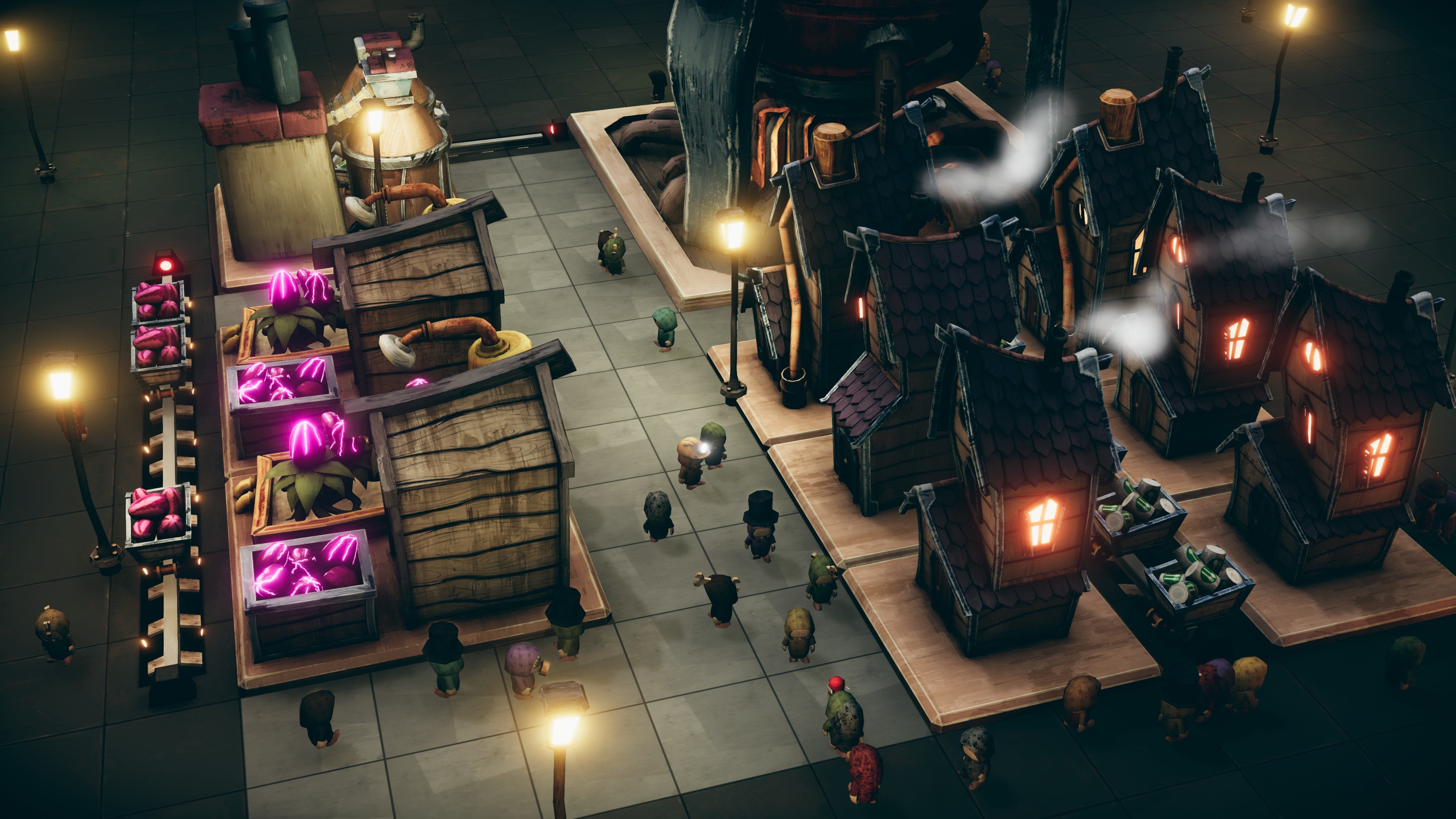 Other changes include many tweaks to balance, difficulty and progress speed, but we also added quite a few changes that improved the general feel of the game. Foremost among these, we added combat sound effects to all buildings and enemies, and three new music scores. Loot from destroying enemies and resources is now scattered on the floor when destroying the asset, which you can pick up by simply moving next to it (before it went straight to your inventory).

We also added some animated tutorials, and a "Strategic View" which when toggled on switches to a top-down view and shows the levels of each building, allowing you to quickly upgrade them without having to walk and interact with them directly. We'll expand this mode in the future to include other common operations and different information layers.

There's also a new Milestones system now. This system appears when you finish the tutorial (or at the start if the tutorial is disabled), and it provides several different objectives for you to achieve (the next 3 are displayed at any given time). These objectives help guide you and teach you some of the more advanced mechanics of the game, without behaving like an actual "do this, do that" tutorial. You can choose to follow these objectives or not (you'll likely achieve many of them even if you don't follow them specifically), they're completely optional, but they do help figuring out how the game works.

Last but not least, we modified the appearance of the enemies in the game, to go for a bit of a darker, more grim look. We considered pitch-dark with glowing elements at first (shadow enemies), but that was a bit too limiting and made it hard for players to recognize which enemy they are facing, so we ended up going with darkish but still visible. 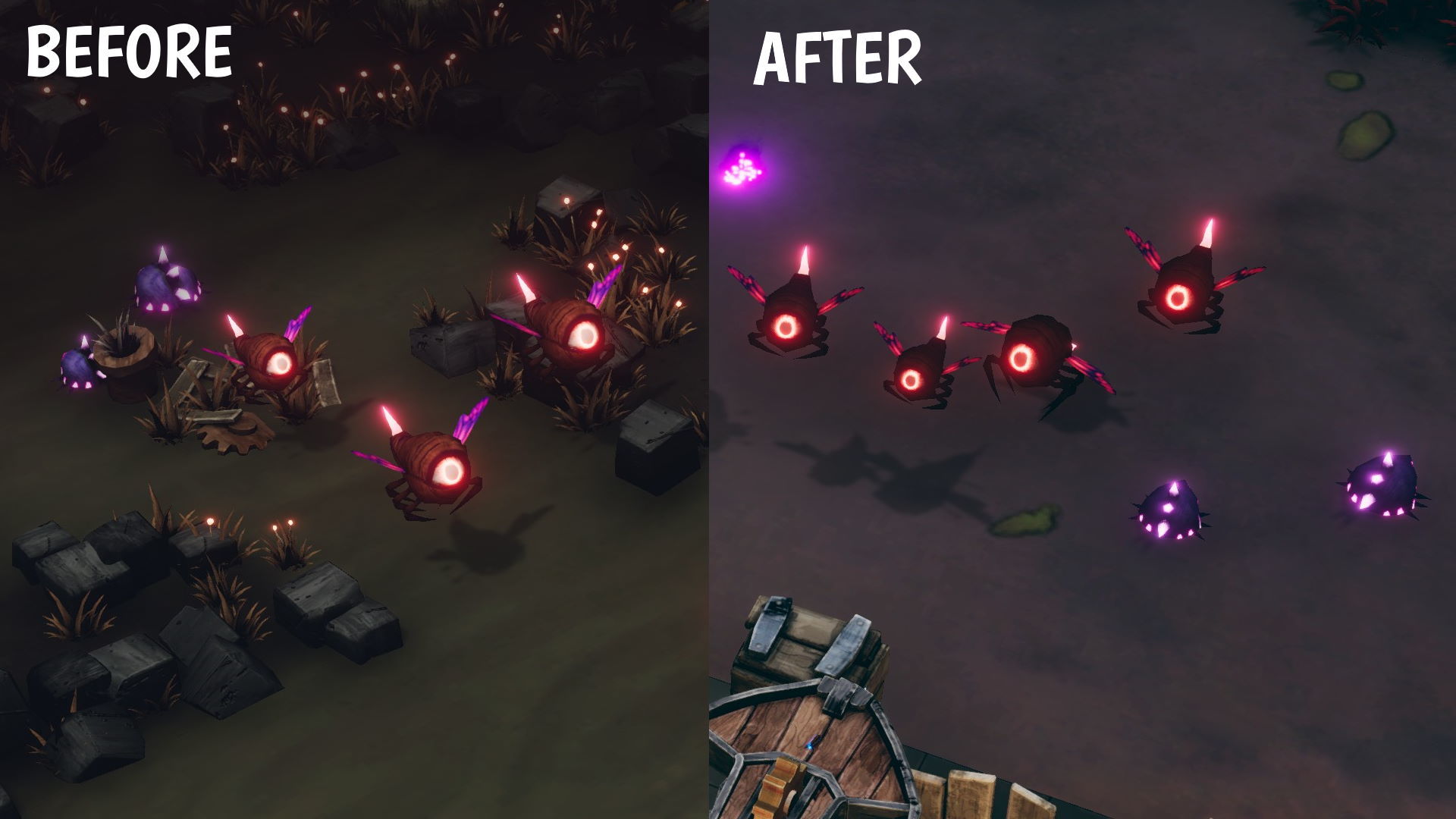 What's next? Dream Engines alpha, and then Early Access. We actually meant to start the alpha phase already, but then the Steam Game Festival came along and shuffled all the cards, so we had to adjust our plans. This will be the last dev update before the alpha, so stay tuned and in the next couple of weeks expect an announcement.

If you'd like to take part, please sign up to our newsletter, that will be the best way to remain appraised of developments in this area.

Thank you for your time, I hope you enjoyed this update, and as always, I'm happy to read your comments or chat with you on Discord.