Dr. Spacezoo v0.4 Update is live and may be downloaded from Itch.io or played in your browser on GameJolt!

And please vote YES on Greenlight to help Dr. Spacezoo get on Steam! 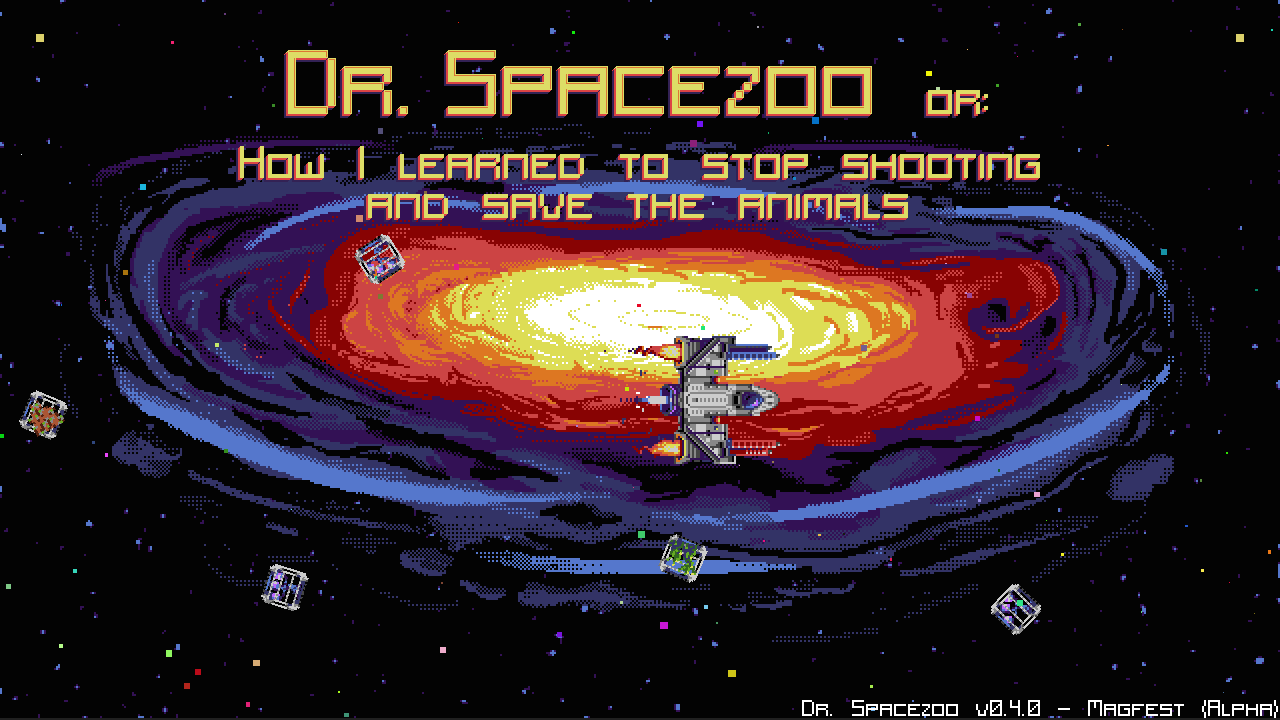 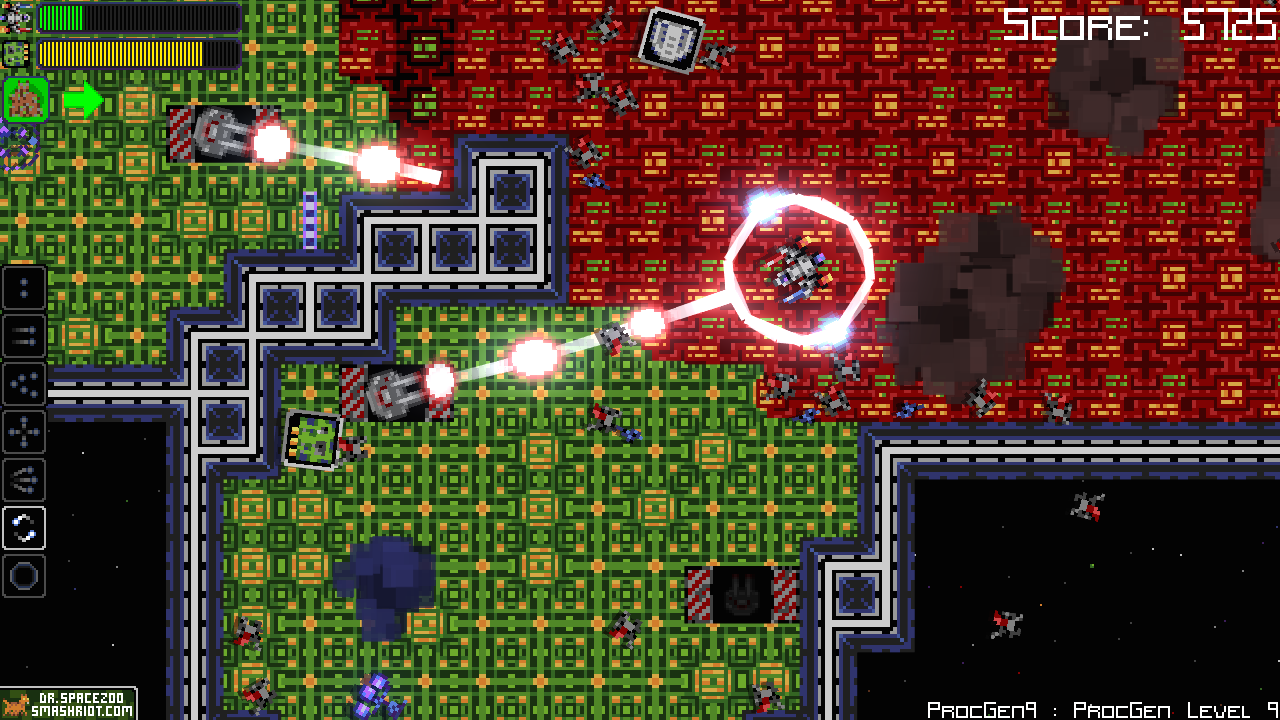 Each animal is now animated as they scamper around the Space Zoos. Here's a gif of a few Buvunos (Space Cats) running around a Space Zoo.

New Mission Select art and updated joystick selection caret. The twin-stick joystick was greatly improved and is the preferred way to play Dr. Spacezoo. So hookup that XB360, PS3 DS3, etc and get saving those animals!

Missions 2-5 now have their own unique tile set which defines the theme and style of each mission. 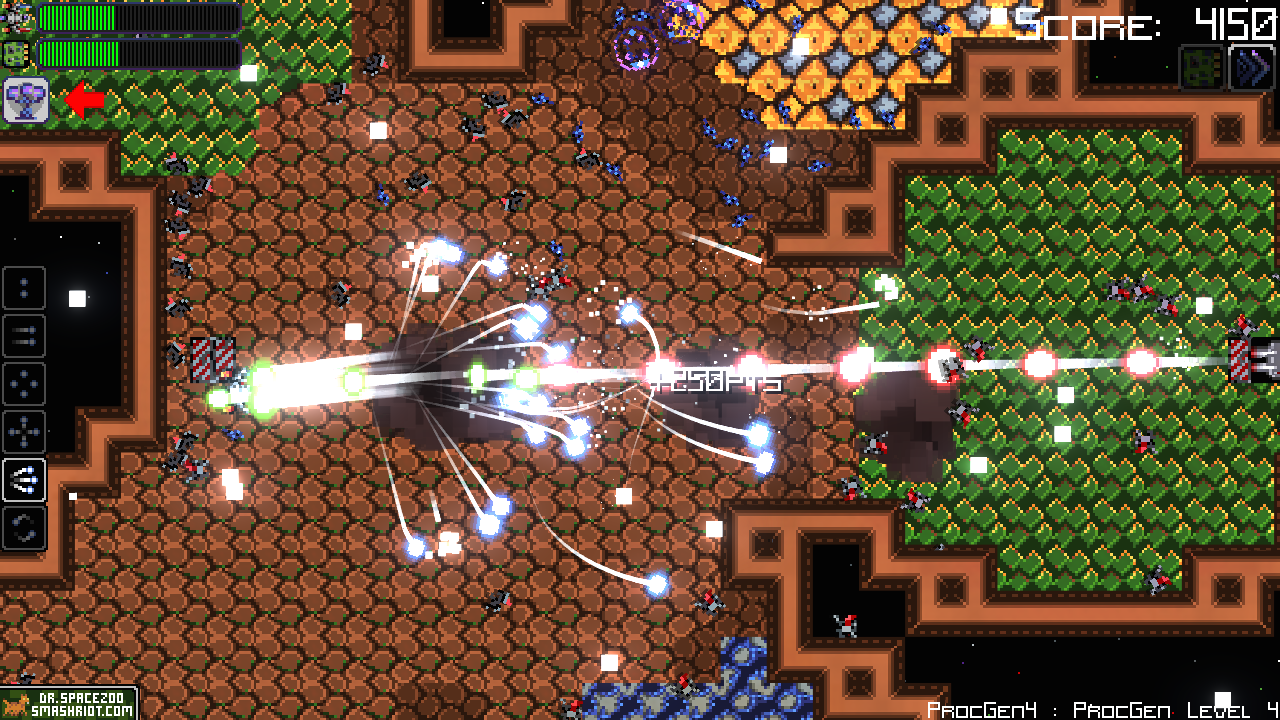 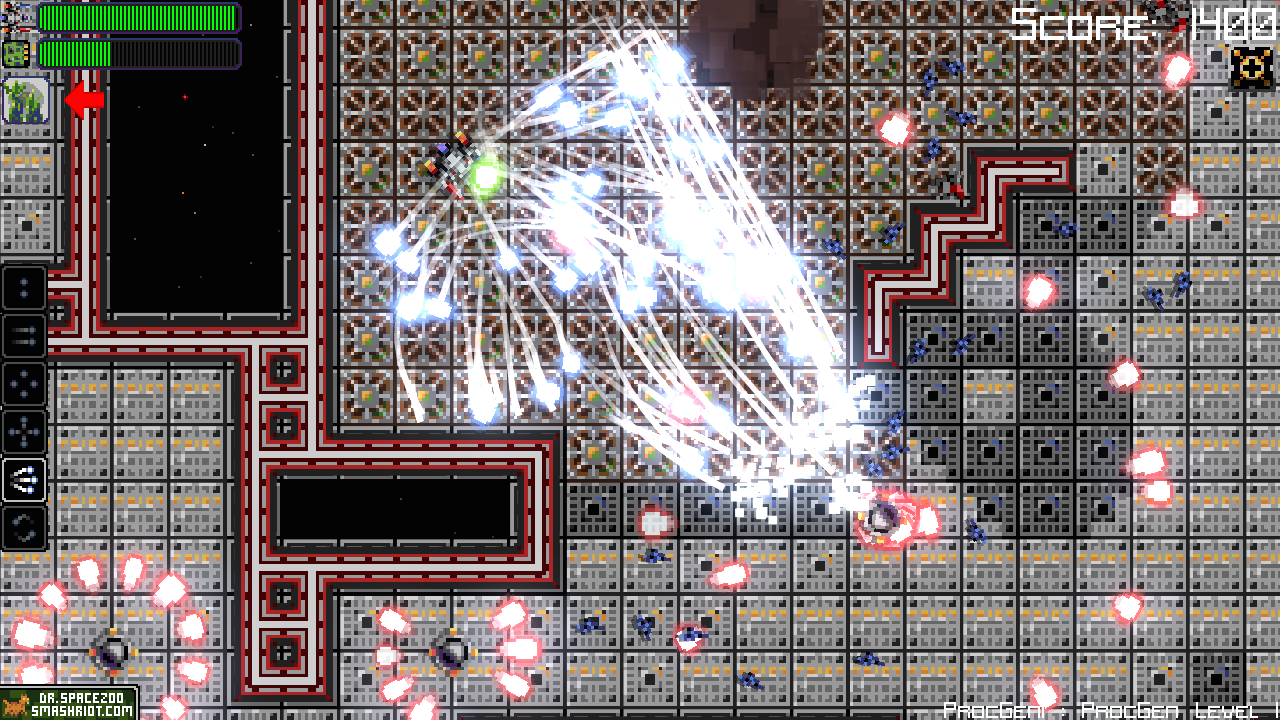 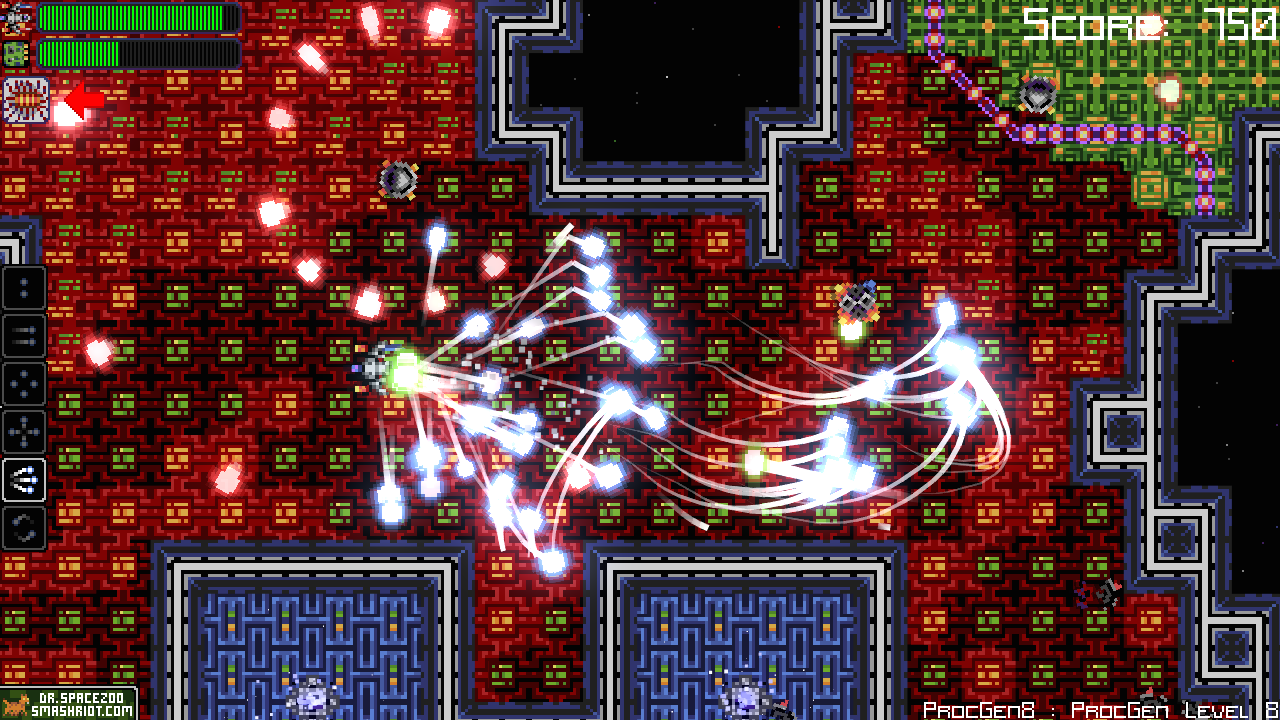 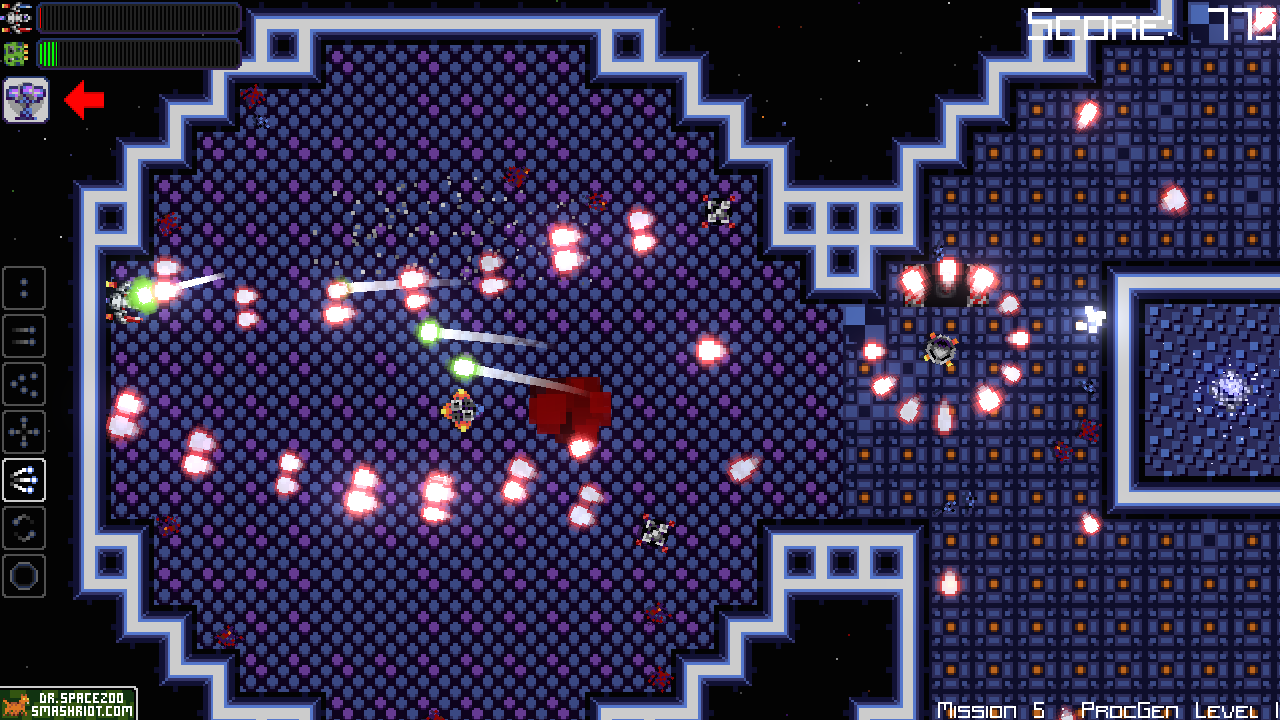 Also, the Mission 5 screenshot above shows the new ranged enemies (Berserkers) shooting their fast bullet barrage attack. Combined with the slowing bullets from the Rambots, it does not usually work out well for the player.

The levels for Missions 2-5 are all fully procedurally generated, and will offer a unique challenging experience each play through. As each mission progresses, the levels will become larger and more difficult and the target animals are placed deeper into the Space Zoos.

The Space Zoos in Mission 2 are all carved into asteroids and other small planetoids and are very organic in shape and layout. 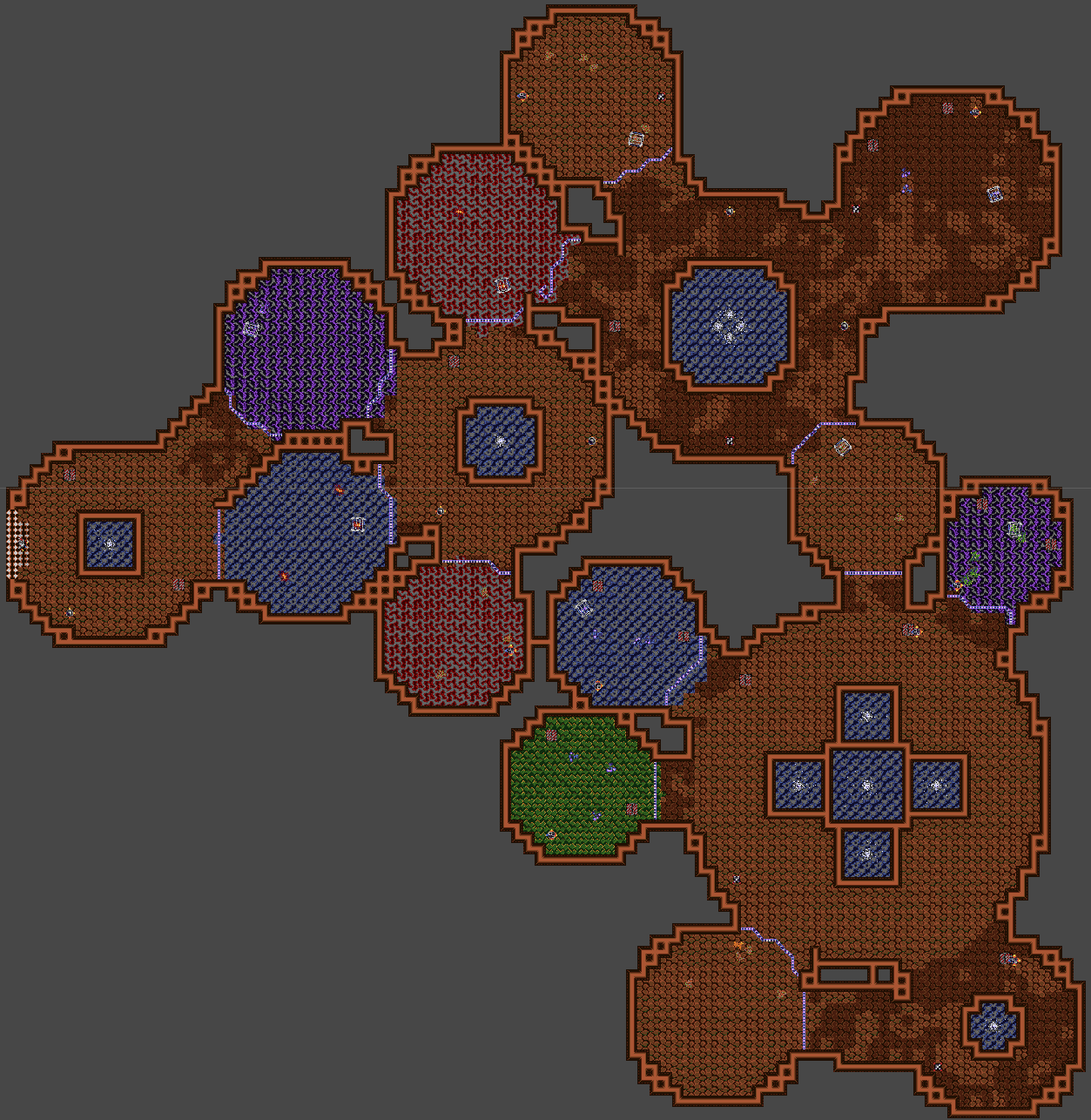 The Space Zoos in Mission 3 are all repurposed space hulks, which are massive derelict space ships rotting in the depths of space. A few of these rusted out space ships may be found bolted together housing an illegal Space Zoo. 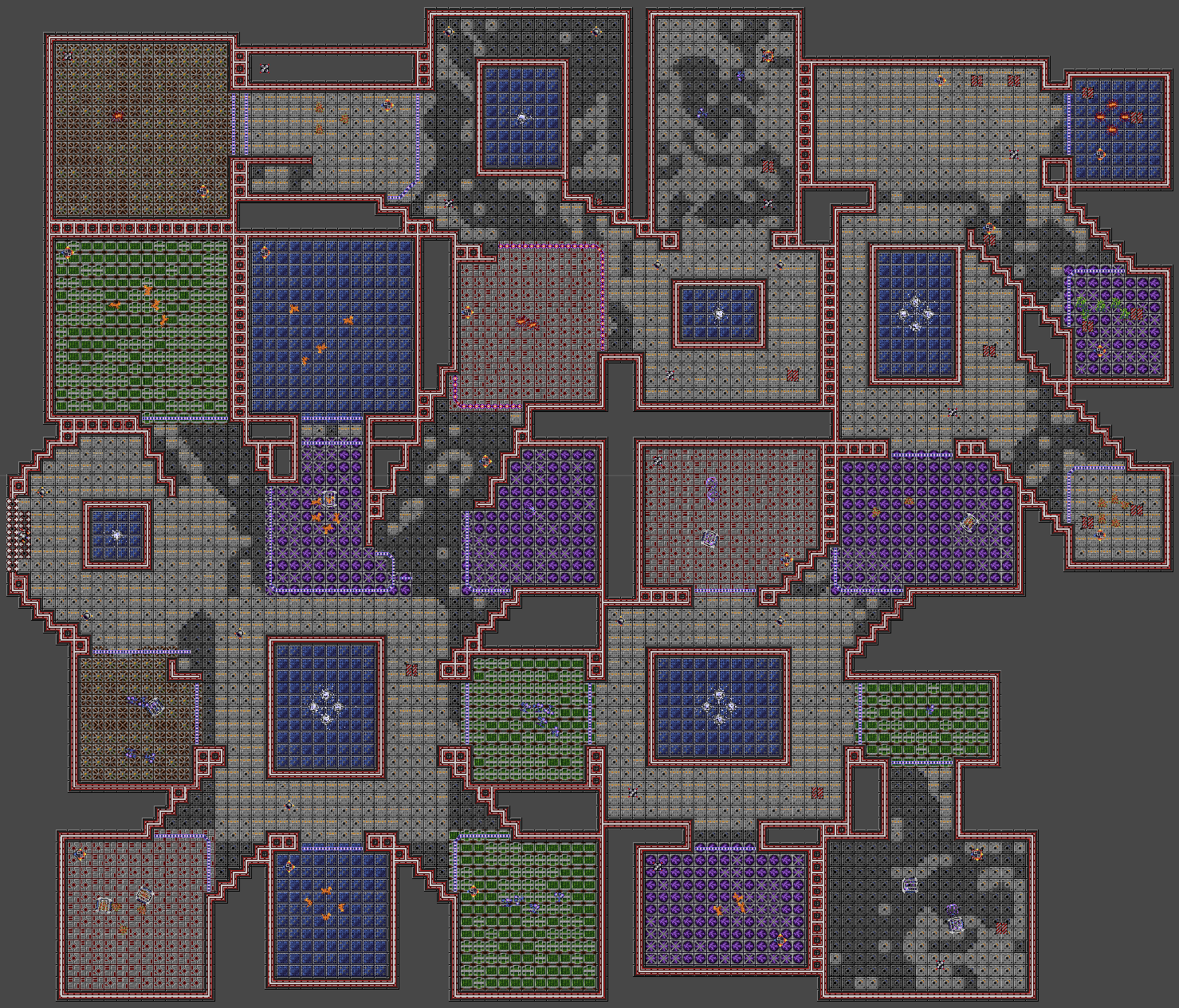 The Artificial Intelligence that handles the daily maintenance and care for the Space Zoos has constructed several of it's own Space Zoos in order to better protect the animals. 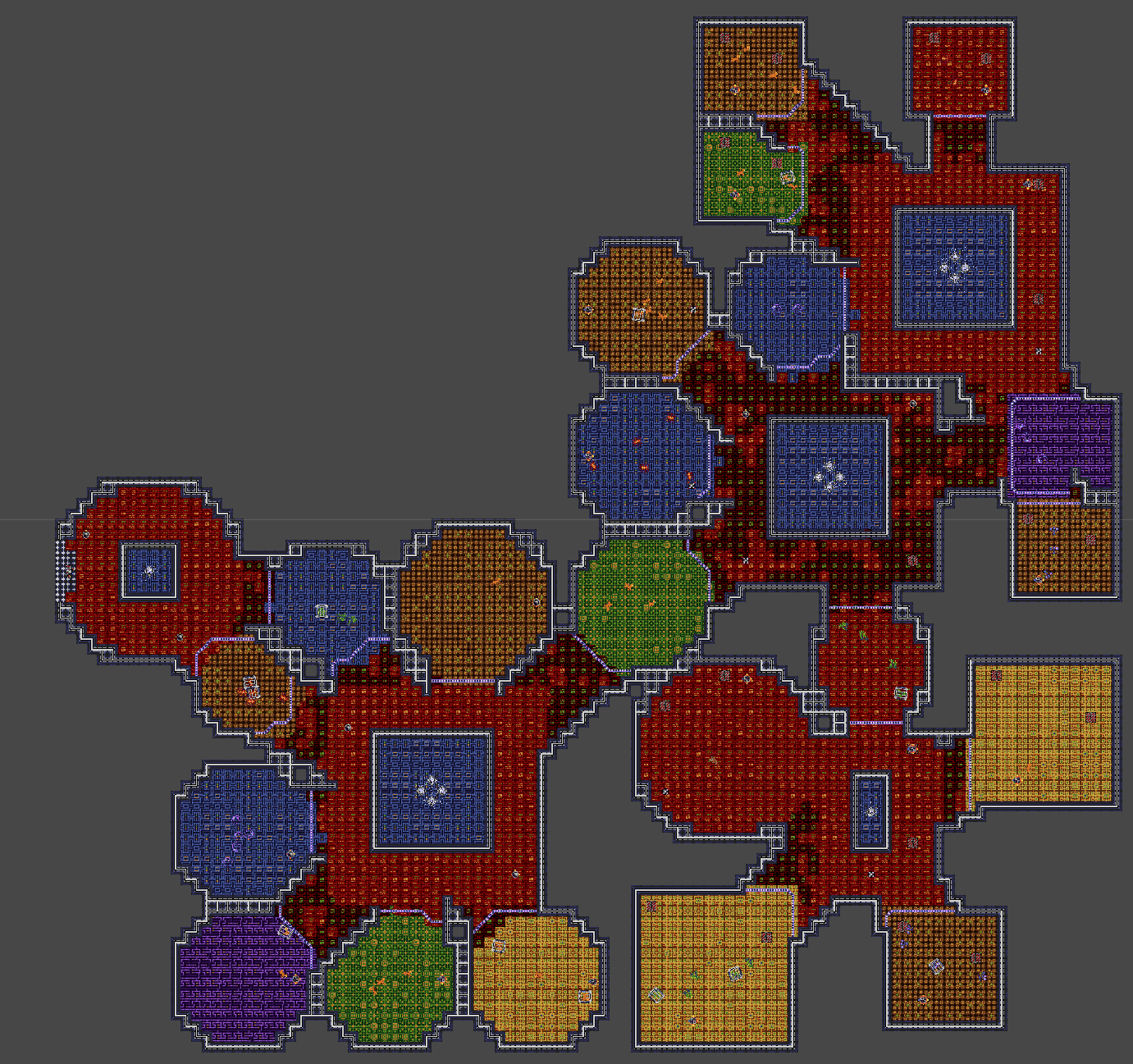 What are these animal labs doing with the space animals, and why is their location and existence kept secret? 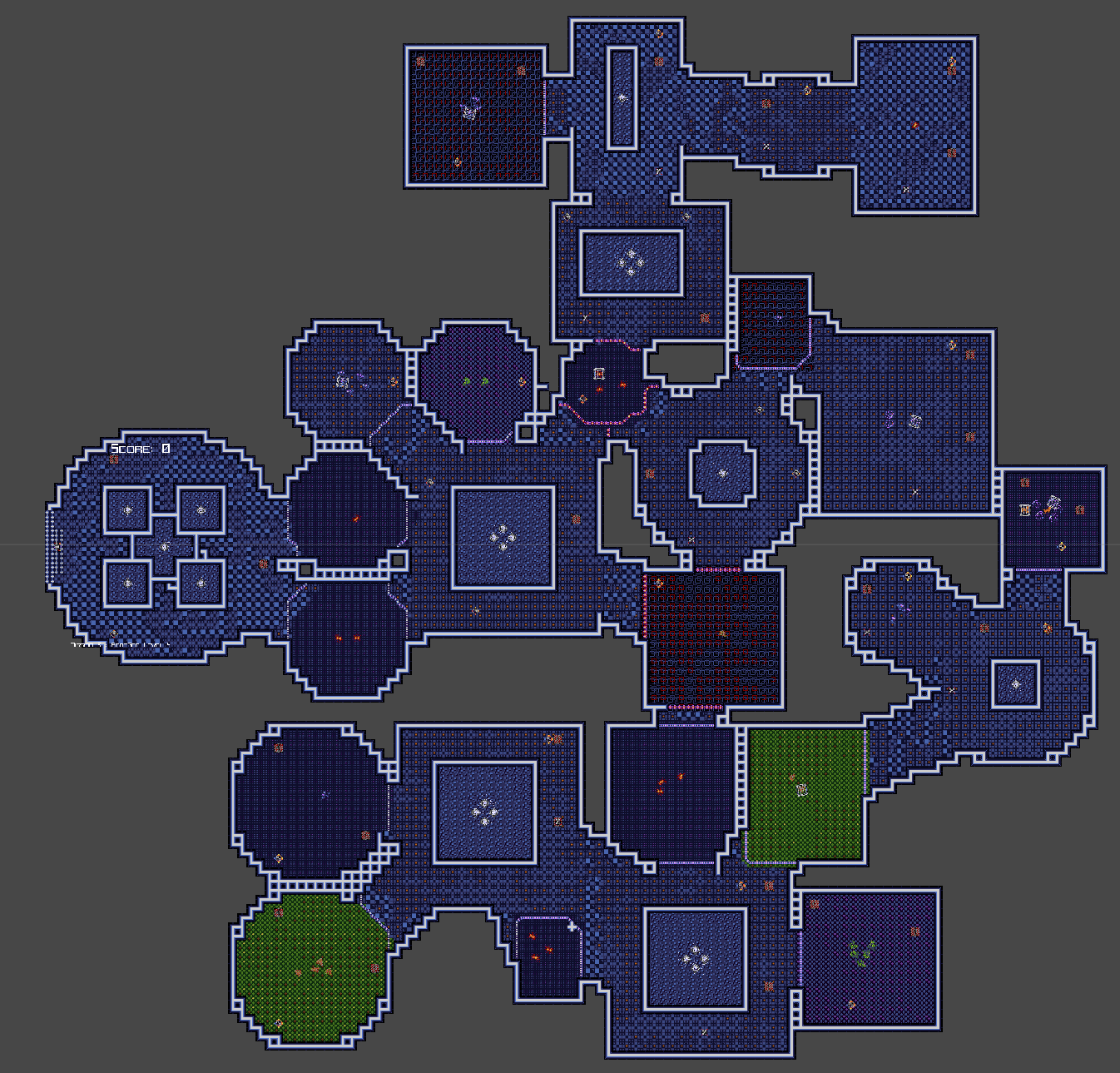 Each day will bring a new Daily Challenge Spacezoo, which a procedurally generated Space Zoo that may be attempted a single time. The Daily Challenge offers 5 rotating difficulty classes: 1-5, where a Class 1 is an easy Space Zoo and a Class 5 is the most difficult Space Zoo. The result of each daily will post to the leaderboards and will offer an option to tweet out your score.

Two new enemies have been added for the procedurally generated levels: Fast Tracking Turrets (shown below) and Berserkers (the fast firing ranged enemy shown above in Mission 5 screenshot). They both quickly track the player and must be dispatched with great care. 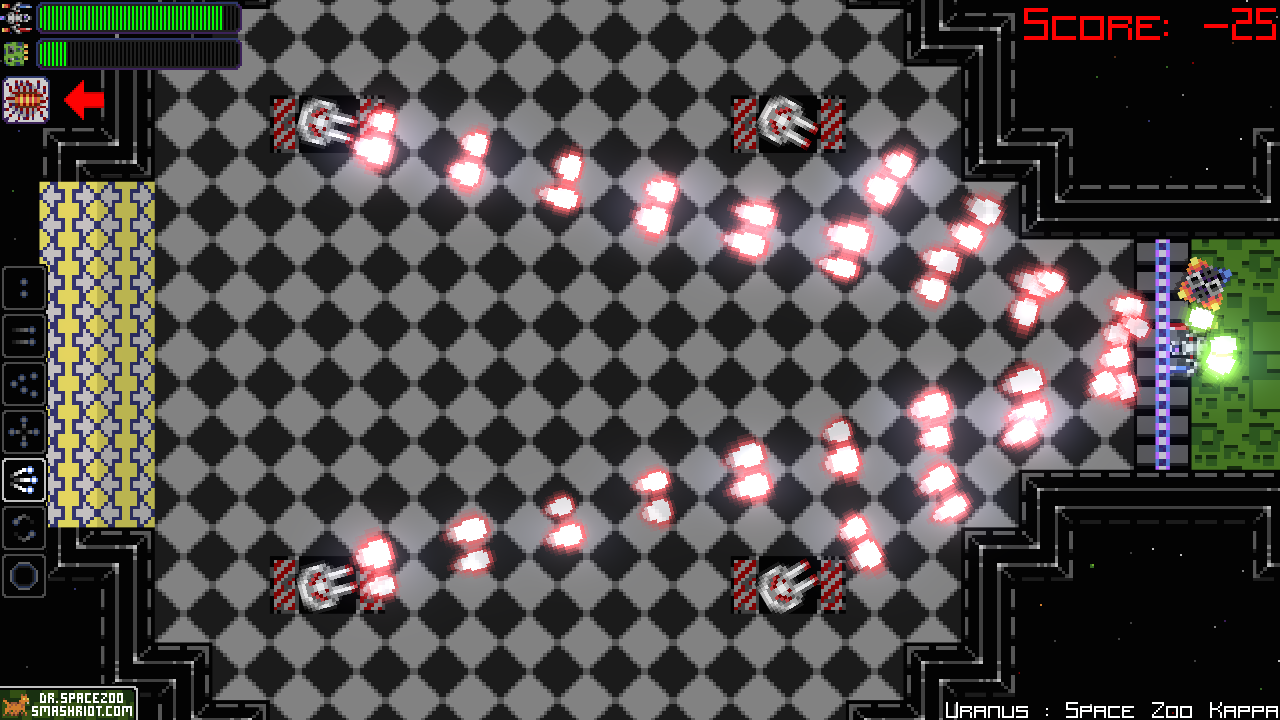 The v0.4 update is live and may be purchased from Itch.io. A demo may also be downloaded from Itch.io or played in your browser on GameJolt. Note that the demo does not include any procedurally generated content.