Genesis Suit is added in this update. Unlock it and get a new special attack by achieving the SS rank on all missions.

We have just released the update (version 1.2) of A.R.E.S.: Extinction Agenda a few hours ago. Your game client should be automatically updated very soon. 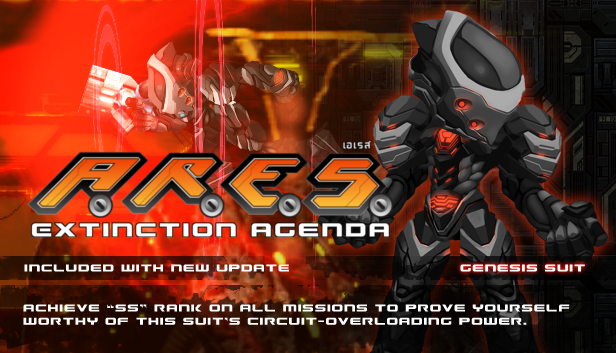