It is finally here after countless hours of play testing and rewriting of scripts. I bring you Doom Exp 2.1. And I know it already now. One day after release somebody is going to find a game breaking bug. >:/ 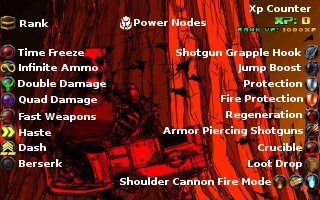 Changelog of the most notable changes since 2.0a :

Feel free to join our discord server for exclusive info or to share your thoughts and suggestions. If you are experiencing problems you might get a faster response there as well. Also get early access to development builds of the mod.