We have some stuff to catch you up on all things Don't Shoot the Puppy.

Posted by reallynotamurderer on Jul 8th, 2015

Hello all, we might be a bit late to the party but we sure can be the life of it. I'm happy to see recognition of the game already across platforms. Now that it is pending release it's only fair that things are updated.

Since the beginning of development I have been updating a Unity Forum thread with tons of juicy detail and if you want to give that a look I'll leave a link here.

If you're the type that needs a tl;dr or just all your information in one place, I've got you covered.

If you want some background, here is some official text from the game page:

Don't Shoot the Puppy was originally created by Benjamin Donaldson of rrrrthats5rs.com as an experimental flash game asking the question "How hard is it to do nothing?". From thousands of comments, Don't Shoot the Puppy proved how difficult inactivity really was by either causing people to move involuntarily or succumbing to the distractions the various levels offered. Despite each level being seconds in length, a great number of people simply gave up and knowingly killed the puppy.

Given all things go well, Don't Shoot the Puppy will release as an app on iOS and Android phones. This will most likely happen within the month. Later tablets and then possibly expanding to more platforms with more levels.

Make sure to give some love to the original developer of Don't Shoot the Puppy as well whose game I am porting from. Here is a link to the page.

All in all, I'm super excited for the release and I can't wait to show you more non-puppy-killing action in the future. Sorry for the block of text. In the mean time, here is a happy sign. 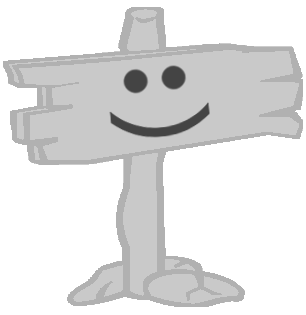