Post news RSS Dol Amroth in Age of the Ring

A short piece on the inclusion of the Princedom of Dol Amroth in Age of the Ring.

Posted by MathijsRevora on Jan 4th, 2017 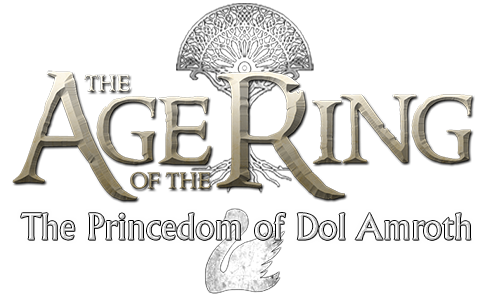 Dol Amroth was a promontory situated on a peninsula in Gondor facing the Bay of Belfalas. The emblem of the Prince of Dol Amroth was a silver-upon-blue banner, bearing a ship with a swan-prow upon the sea.
Its northern shore defined part of Cobas Haven, the small bay into which the Morthond River flowed.

Upon the headland the Princes of Dol Amroth established a castle and thus Dol Amroth referred to this stronghold and to the neighboring port-city, the chief city of the fief of Belfalas. Within the walls of the city was the Sea-ward Tower or Tirith Aear, which had a bell that was rung for the benefit of mariners.
~ From Tolkiengateway.net

In Age of the Ring, the Princedom of Dol Amroth is featured prominently in the Gondor faction. The Dol Amroth Citadel is unlocked from the spellbook, after which it can be built on the map. 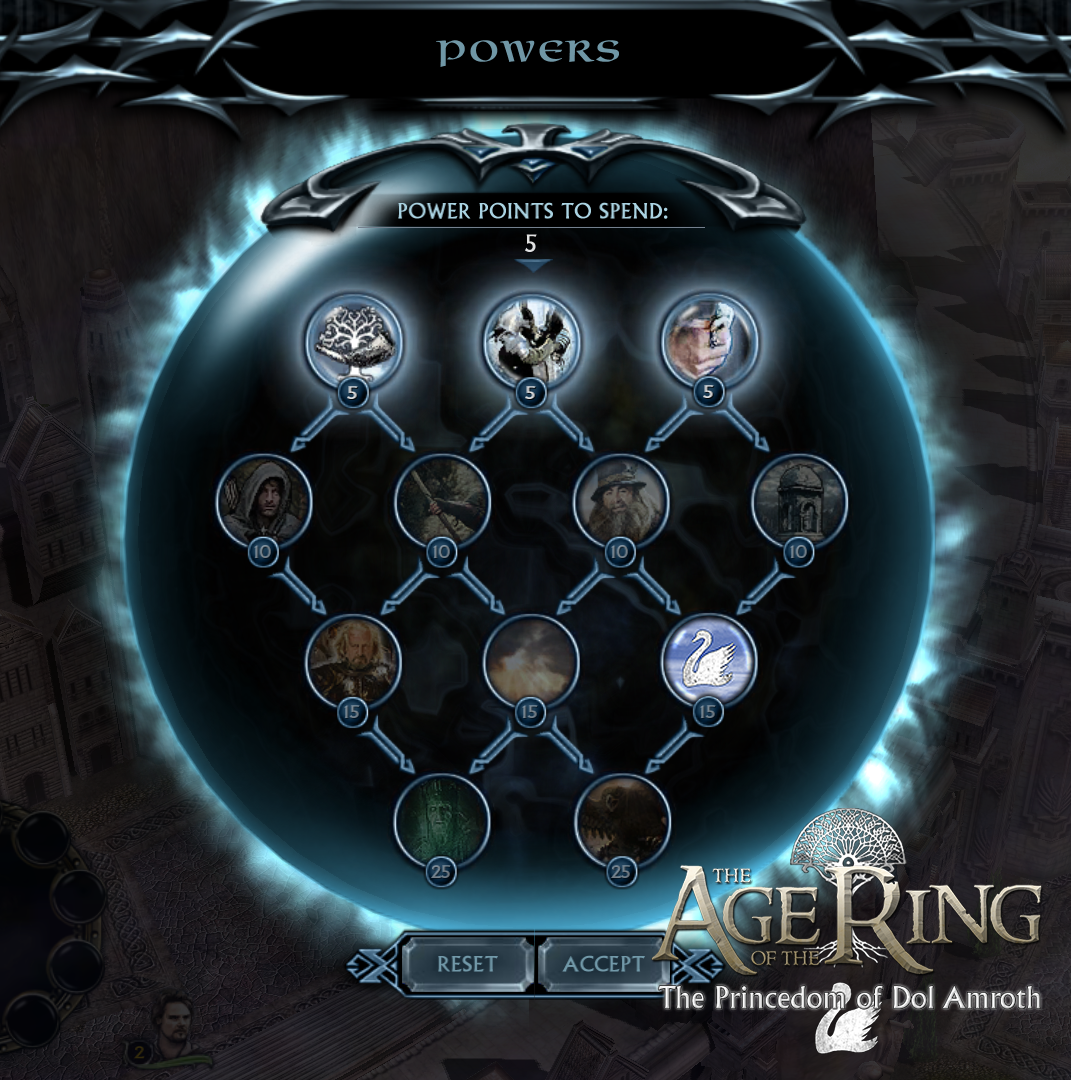 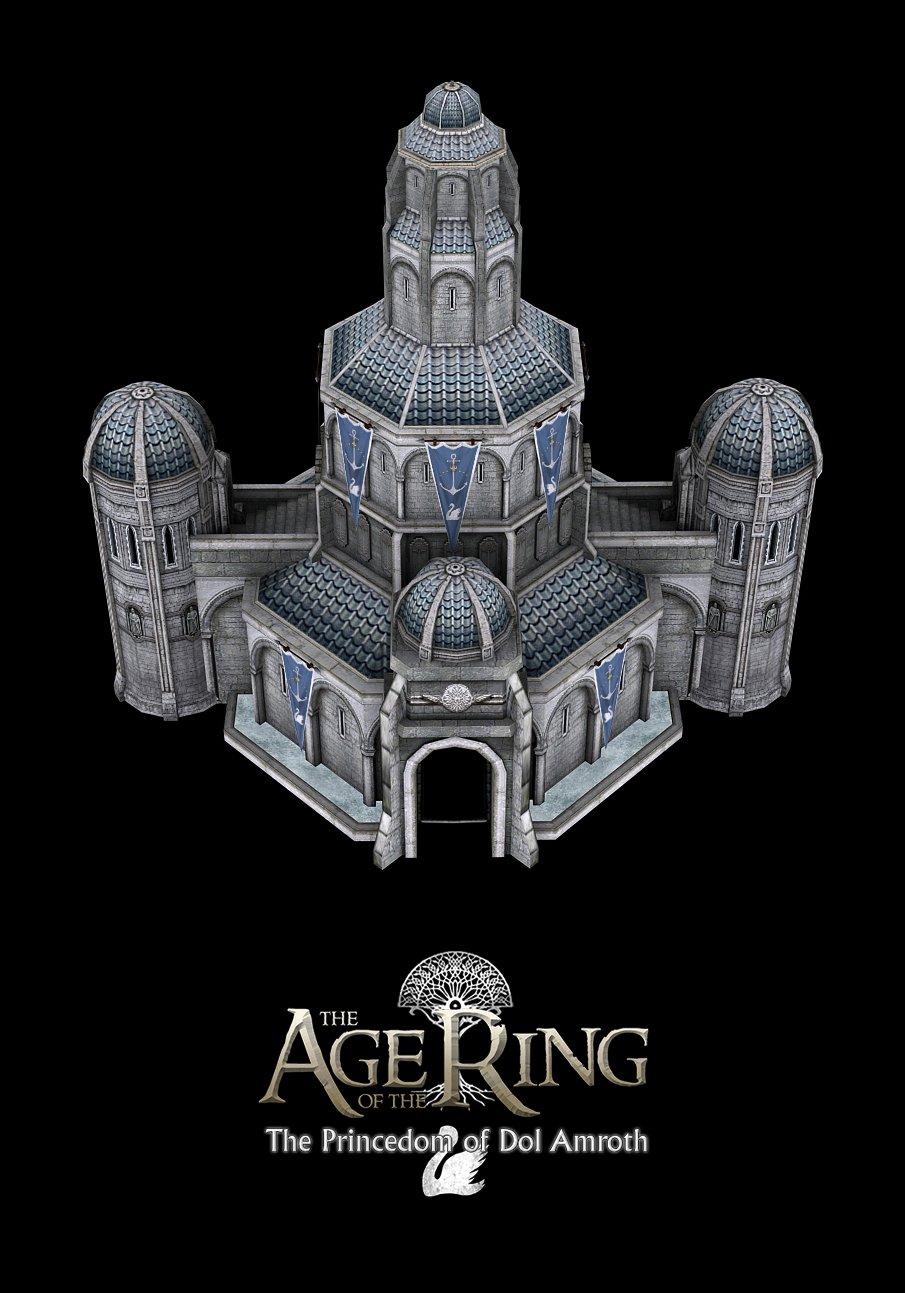 It can recruit Dol Amroth Men-at-arms, Knights of Dol Amroth, and Prince Imrahil himself. These units will be fairly elite. 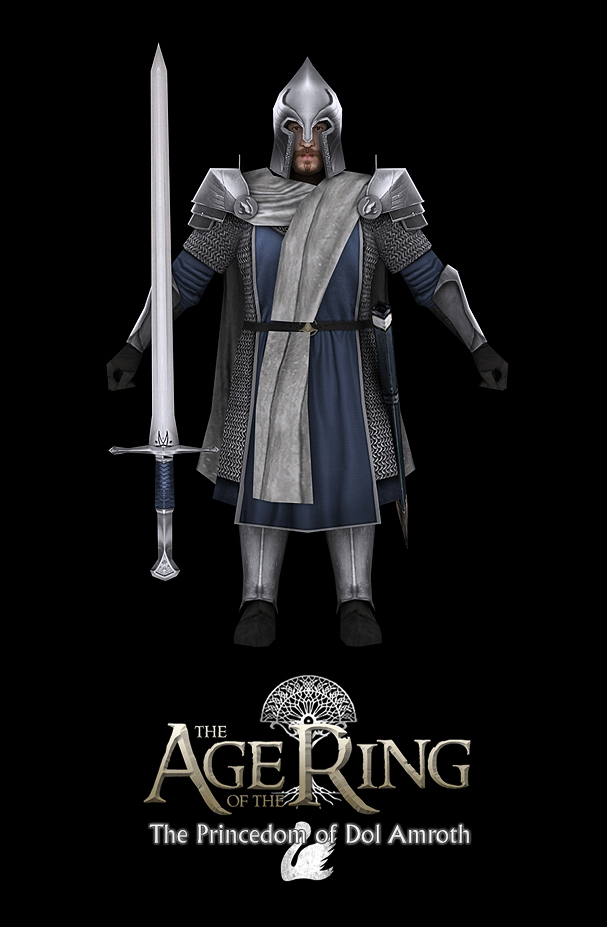 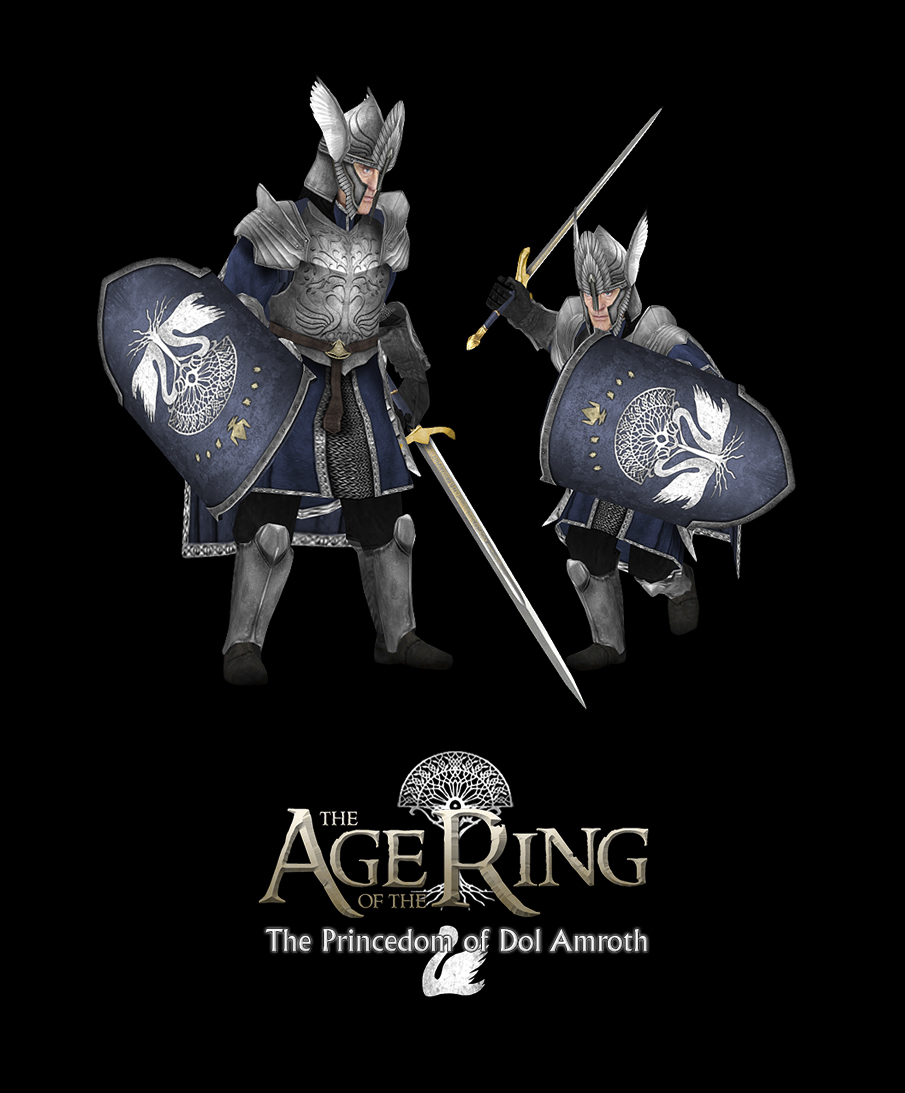 The Knights of Dol Amroth unit isn't finalized yet and will be presented at a later date.

As well as offering new units on land, unlocking the Dol Amroth Citadel also enables the building of the Swan Ship, a new ship unit that can both transport units across open water and attack with supreme range and damage. 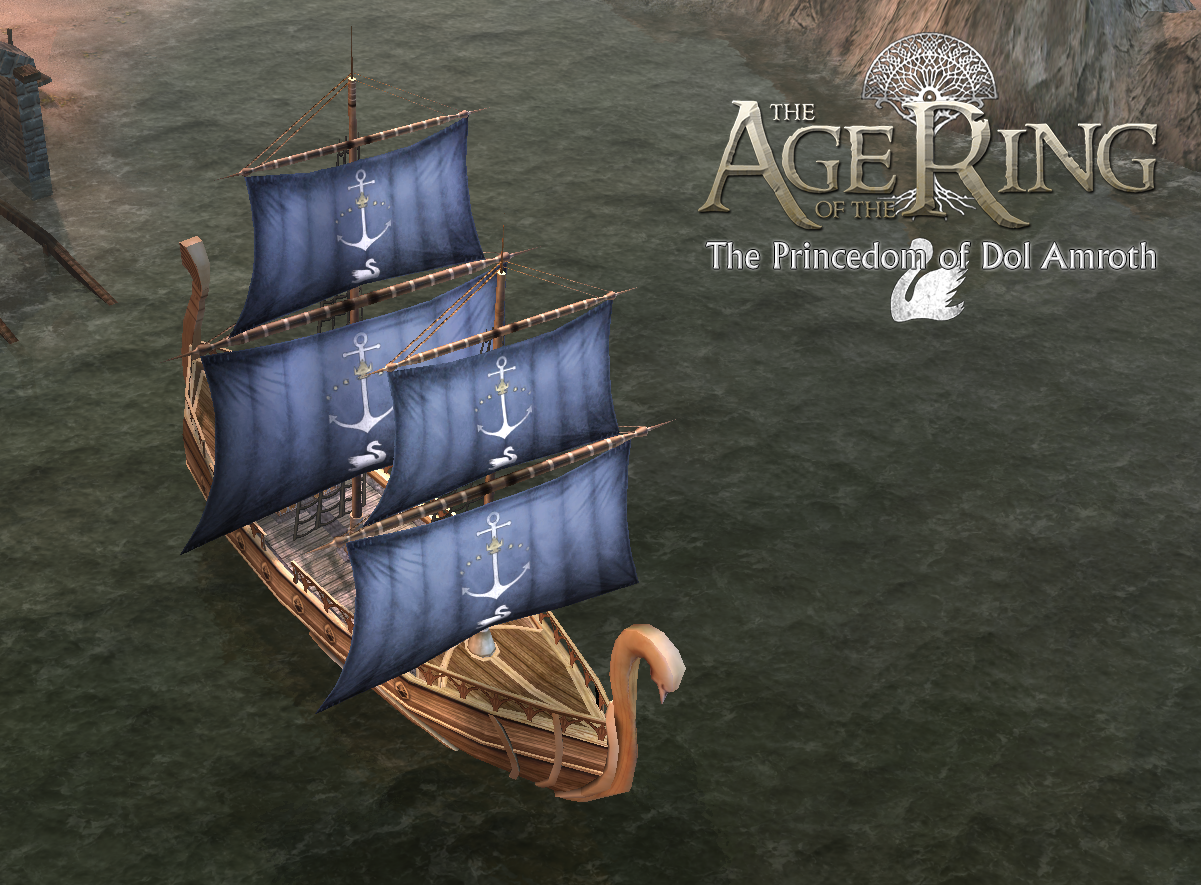 That's all for this article. Thanks for reading!

It's a visual cue, the wide walkways that tell us that those three towers will have animated guardsmen paroling. ;)

I hope you didnt make me weak unit xD Do I have any special abilities? (Its really feels awesome using "me")

You are "fairly elite" man, what did you expect? But you're still infantry so, crushable

Great job, will the army ot the dead summon their King aswell?

Awesome stuff guys! And congratz Balrog youre a badass :P!

I am sexy and I know it!

They are cool, I waiting for the new release :)

And a new attractive naval unit come up they did indeed...!

i did just play gondor and i did build the dol amroth citidal, but i couldnt make the 3 towers that are standing in the picture and like the test says.
is that still something you have to put in or we just cant make the towers anymore?