Where I talk about the upcoming new version, as well as what Is planned for the final version, when, what, sneak peek of the improved content.

What is the alpha fix, what's inside ? :

The french translation is ready ! Something that was clearly missing for a french game...

Alpha or not alpha ? The upcoming new version could be considered as a beta, but almost half of the scenes are still missing (though, completely planned for the final version and started for most of them).

So, it's an alpha fixed-version of the 2013 December Release.
I needed to find time for the project, over the course of 2014, I've been able to take a few hours from time to time to polish the game a lot. 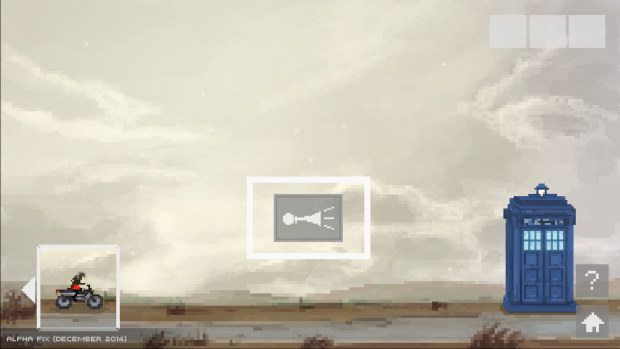 Help for everyone! Every minigame has now an integrated help : 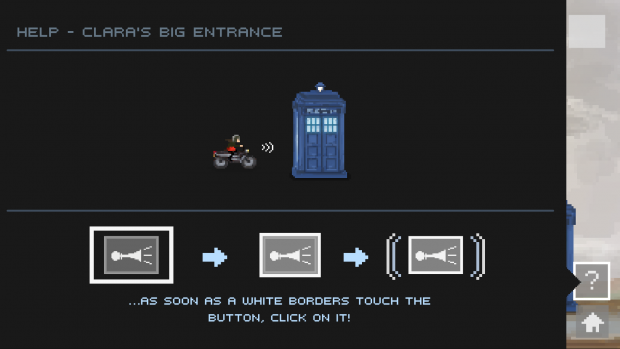 On all the levels, everything is improved : UI, Background Art, Animations, Helps, Dialogs
Every scene has now moving particles which adds life, color gradient to enhance the colors. The dialogs have been revised, for better comprehension, easter eggs and so on. 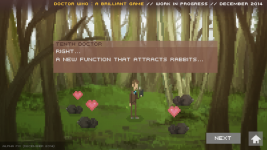 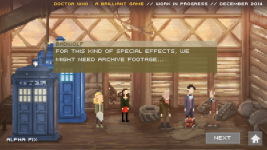 The sounds are still evolving, while the music will only be updated for the final version. Now that the Day Of The Doctor OST is released, it will be also easier to get the music right. 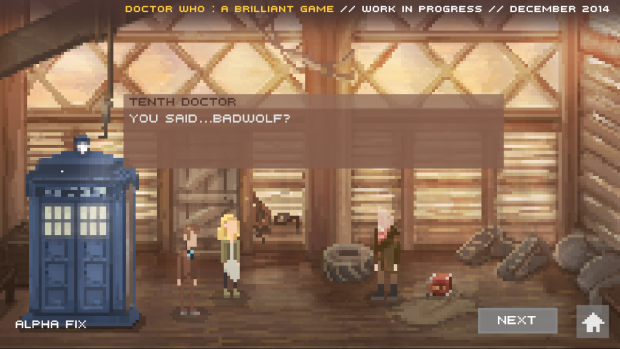 You can also be ready for the new original scene of LEONARDO.

And since every part of a game is important, from the introduction, to the whole continuity, I've been also busy updating the credits scene, as a direct reference to the final scene of Day Of The Doctor : 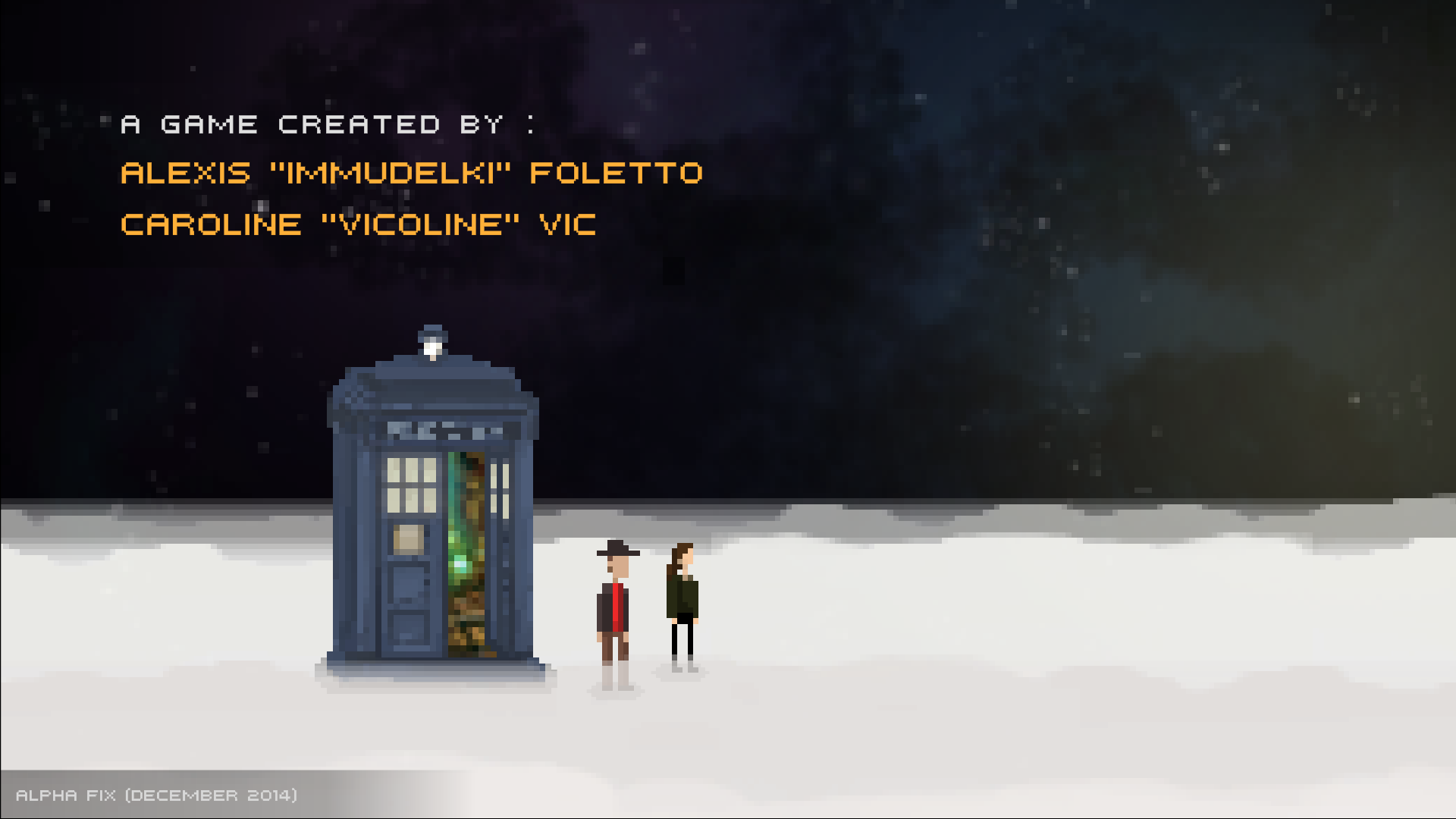 What's left to be done before the release of the alpha fix :

The newgrounds API is still pretty much a pain in the ass on how to save players data (last time I checked, you could add, but not delete saved data from the player. It can only grows forever..) and badly documented on that side.
So be ready for an old fashion doctors password style chapter unlock system.

These passwords shall be revelead at the end of each chapter. Those same chapter being roughly defined from the actual length of the game. The game still has multiple paths for each scene, so it will be easier, for the final version of the game, not to replay it entirely for the scenes that you've missed.

A few other translations for the french version are still missing, a few bugs still fighting against me of course, the volume cursor not working well.

What's planned for the final version, and when ? :

Around 6 other scenes are planned :

> ARCADIA : NO MORE
> THE HELICOPTERE
> THE VORTEX MANIPULATOR
> THE GLITCHING TARDIS
> INSIDE THE ARCADIA PAINTING
> NEGOCIATION WITH NINE

Most of there minigames are based on other minigames already existing in the game. For the record, using a minigame twice in such a small game is still far away from being lazyness. Besides, the context is generally different, at least.

Also, the new musics of course will be ready for the final version.
Transitions pictures will also be planned, like a picture of the earth, one for the wastelands of gallifrey etc... (where the barn definitly is. you can check the whole internet, I've done it, and the barn is on gallifrey, for sure, the sky is blue, but we've got the same variety of skies on earth. timelocked by the doctor of course (and only not accessible for those events, unlike Listen episode), and spared by the red button because of the moment saying this was the doctor's burden to survive).

An ANDROID version is planned, never touch the google market though, so I still have to look on how to add one if I go that way.

The final version is planned to be released for Q1 2015. 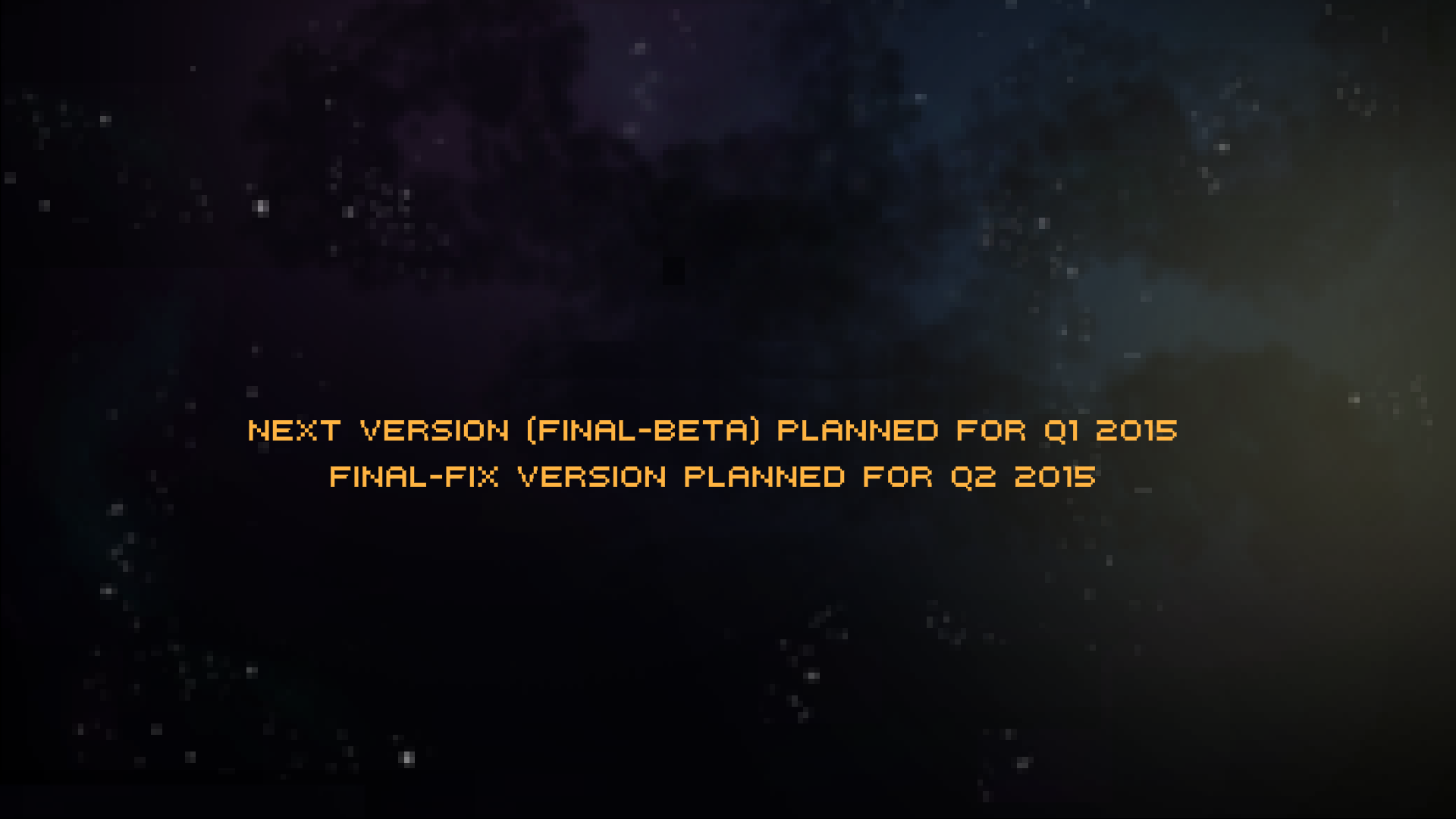 I don't even watch Dr. Who and I'm tracking this lol :D