Sorry for the unannounced break everyone! We'll be returning to our usual schedule in the New Year and hope you all had a good Christmas holiday!

Tying off loose ends is an important part of lore development, but in Aftermath the principle we’ve kept at heart is to ‘tie it off, but leave a few frays”. While tying things off is good for rationale, a bit of speculation leaves room for players to wonder.

An interesting lore piece we’ll be introducing is a score of minor corporate entities as the ship manufacturers of the sector. These organisations will not be factions in the conventional sense, but will help shed some light on where the ships of Freelancer come from. Their backgrounds will explain where some of our favourite ships are made and why we find them in the hands of the people that fly them. A number of them will also have certain political connotations which will create some interesting roleplay paradigms. But we’ve left it open intentionally so people can explore bespoke roles at their leisure. Once we’re up and running, we’ll be excited to see players rally behind their favourite brands and take pride in their principles and histories.

One such firm we’ve created (and destroyed) so far is behind the Bloodhound and Wolfhound models. Here’s a quick look at what we have in store:

Zodiac was a small independent ship building firm famed for its popular Z-2010 and Z-3005 models. The company’s success hinged on the accessibility of it’s designs which offered endless customisation options to consumers. But after rejecting a series of buy outs from several corporate giants, they pushed Zodiac out of the market and it was forced to foreclose. On its last day of liquidity, Zodiac published the schematics for all its vessels as open source. By robbing any one corporate giant of profiting from the patent, Zodiac had made the plans effectively worthless. Instead the plans were picked up by criminal factions like the Liberty Rogues and the Mollys who had already taken a shine to the brand. Since then, the appearance of piratical Zodiac ships has only ever increased; earning Zodiac a reputation as the pirate’s ship of choice. 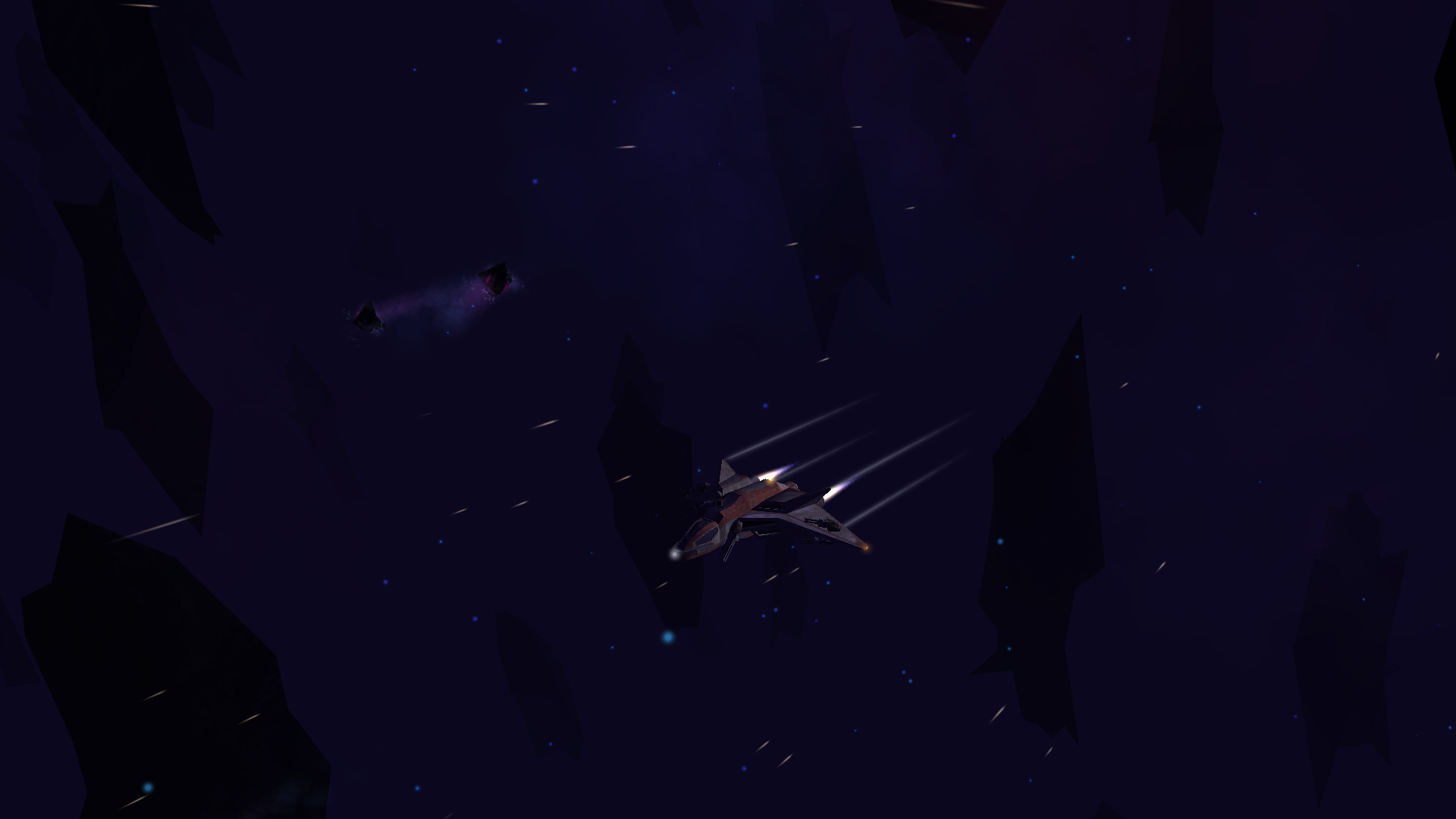 While shedding some light on the nature of pirate ship designs. The unspoken element here is the first flickerings of common ground between the Rogues and Mollys. A relationship which is developed at the same rate as their manic attempts to improve on Zodiac’s designs. There’s a common school of thought here and a sharing of ideas. And while it’s not enough to give basis for a formal alliance, it paves the way for a joint venture in the form of another ship manufacturer which we’ll cover another time.

Vortech is a fiercely independent ship manufacturer which operates predominantly out of the Border Worlds. Despite being petitioned by all four house authorities for exclusive rights at some point or another, the firm is famous for its refusal to align with any of the sector’s superpowers. This has been received bitterly by corporate giants who have done their utmost to marginalise the firm and squeeze it out of house space. Vortech instead relies on a network of freeports and independent stations to host it’s manufacturing operations. This partnership is of considerable benefit to these partners who are afforded a generous premium on their ships. The company is most famed for its exceptional Border Worlds ship line. Though these vessels are growing increasingly popular among the piratical elite. As a result, this has only compounded each house’s distaste for Vortech as both a company and a brand. 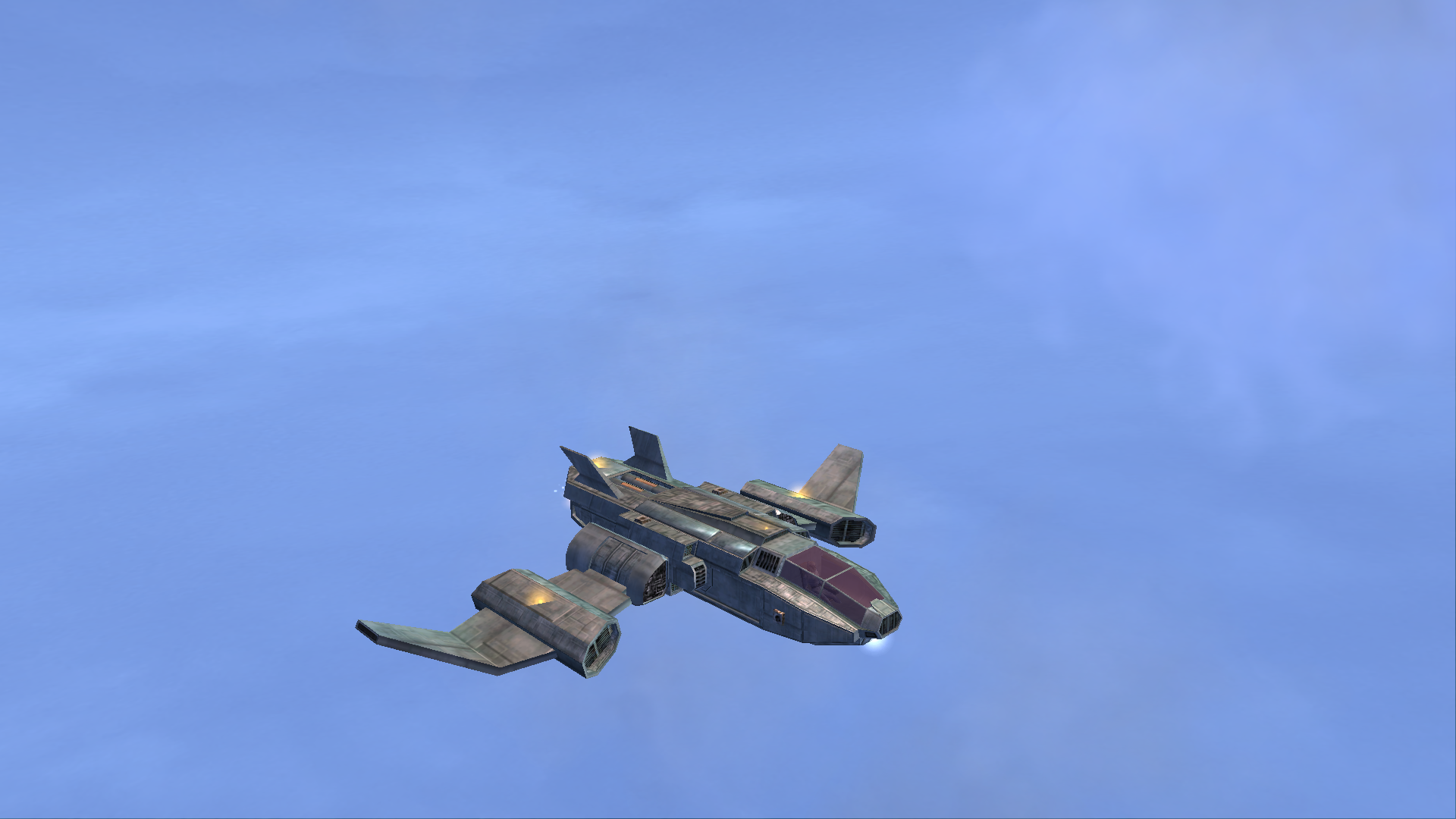 A recurring question about the borderworlds ship line is why specific factions use it. This has been a loose end that nobody seems to have tried to explain beyond its commonality among the Corsairs' enemies. So it’s not unreasonable to take it for the Outcasts’ own ship line. But that theory is host to all kinds of holes and is really just lacking in finesse. Ultimately Vortech as an independent manufacturer opens up the borderworlds ship line for what players need them for - anything and everything.

Shangri La Nautical is the dream child of the late multi-billionaire Vinod Anand. Unwavered by the leasing costs quoted by shipyards, Anand spent his entire life savings commissioning DSE and Samura to build several bespoke luxury liners. The finished vessels were the epitome of decadence and style but not all were completed before his untimely death, after which, the money stopped flowing. With both DSE and Samura waiting on outstanding payments that wouldn’t come, they claimed the unfinished vessels and repurposed them as prison ships. Shangri La Nautical is now a publicly traded company in possession of dozens of luxury liners waiting to be sold. Their largest partner by far is Orbital Spa & Cruise who have so far purchased nearly half of Shangri La’s inventory. 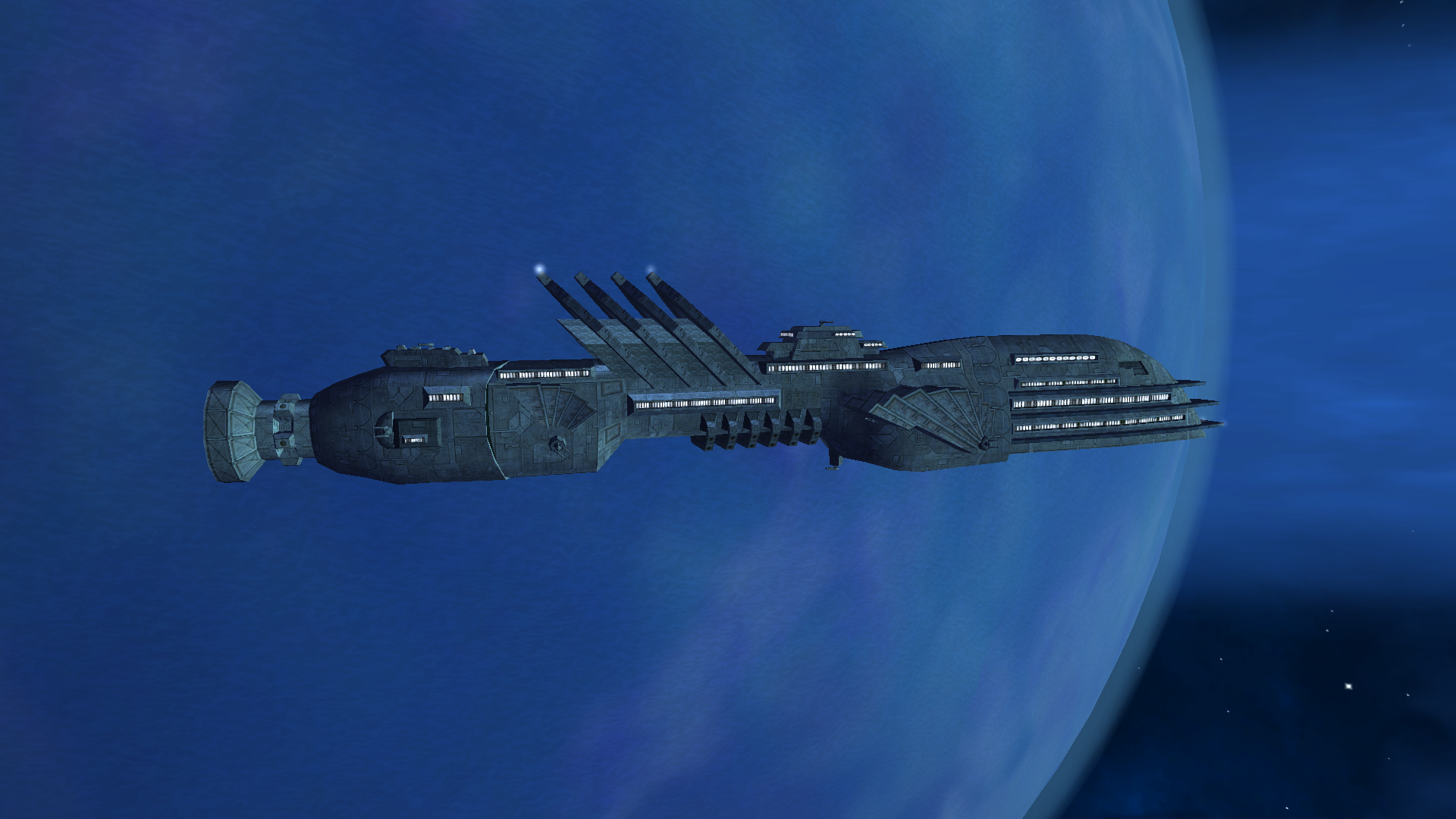 Shangri La Nautical was probably one of my favourite ideas despite its utility to explain a fairly simple problem: at the end of the day, when you count however many liners Orbital Spa & Cruise are supposed to have and add that to however many players will eventually be flying around, no single corporation could possibly have the means to make them all. Then there’s the question why prison liners and luxury liners look so similar despite having connotations which sit on opposing ends of the same spectrum. In addition, I also hope the story behind Shangri La will draw attention to the concept that the Bretonia, at least in Aftermath, was composed of citizens of the commonwealth.