Outline of the Courthouse, Cottage, Barber shop, and the 'Prefect' Ministry in Brunelleschi: Age of Architects. 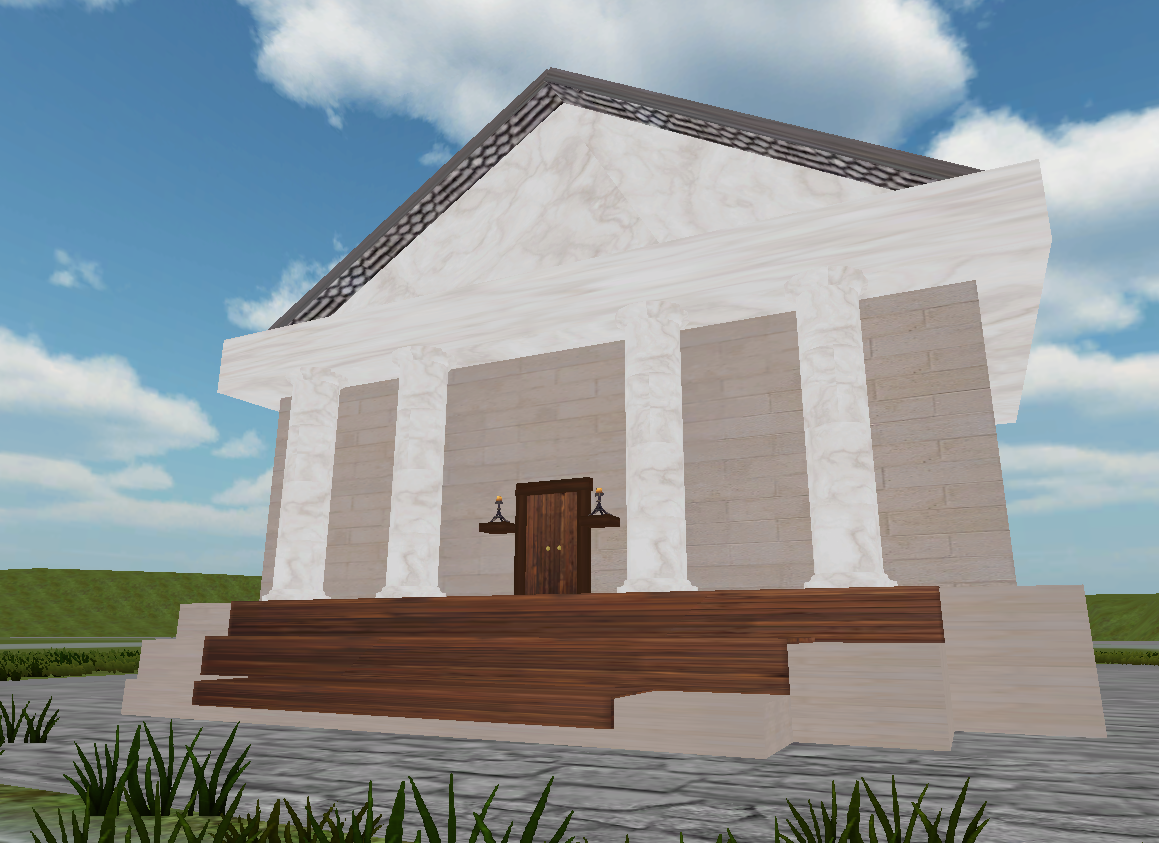 The Town Square is the Default Rank 2 District so you have to build it if you want to build anything more than the five Rank 1 Districts. Fortunately, it's an incredibly rewarding district to have. It's main building is a Currency boosting Infrastructure building, it's Exclusive is a happiness generator and it's linked is residential. 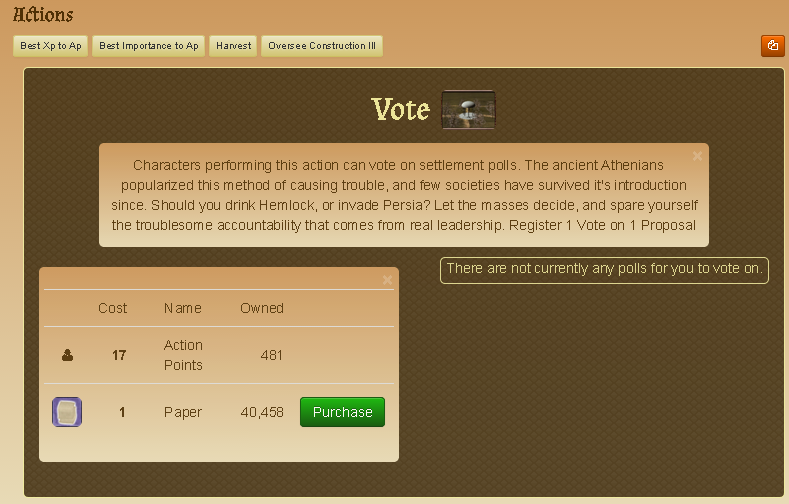 Voting is only available in Settlements that are with Government and Society systems that allow for participatory Government. Depending on a variety of things including your Level, Rank, Class, and Social Position, you may be able to Vote on matters of Diplomacy, Warfare, Taxation, Immigration, and the changing of Economic, Social, and Political Systems. 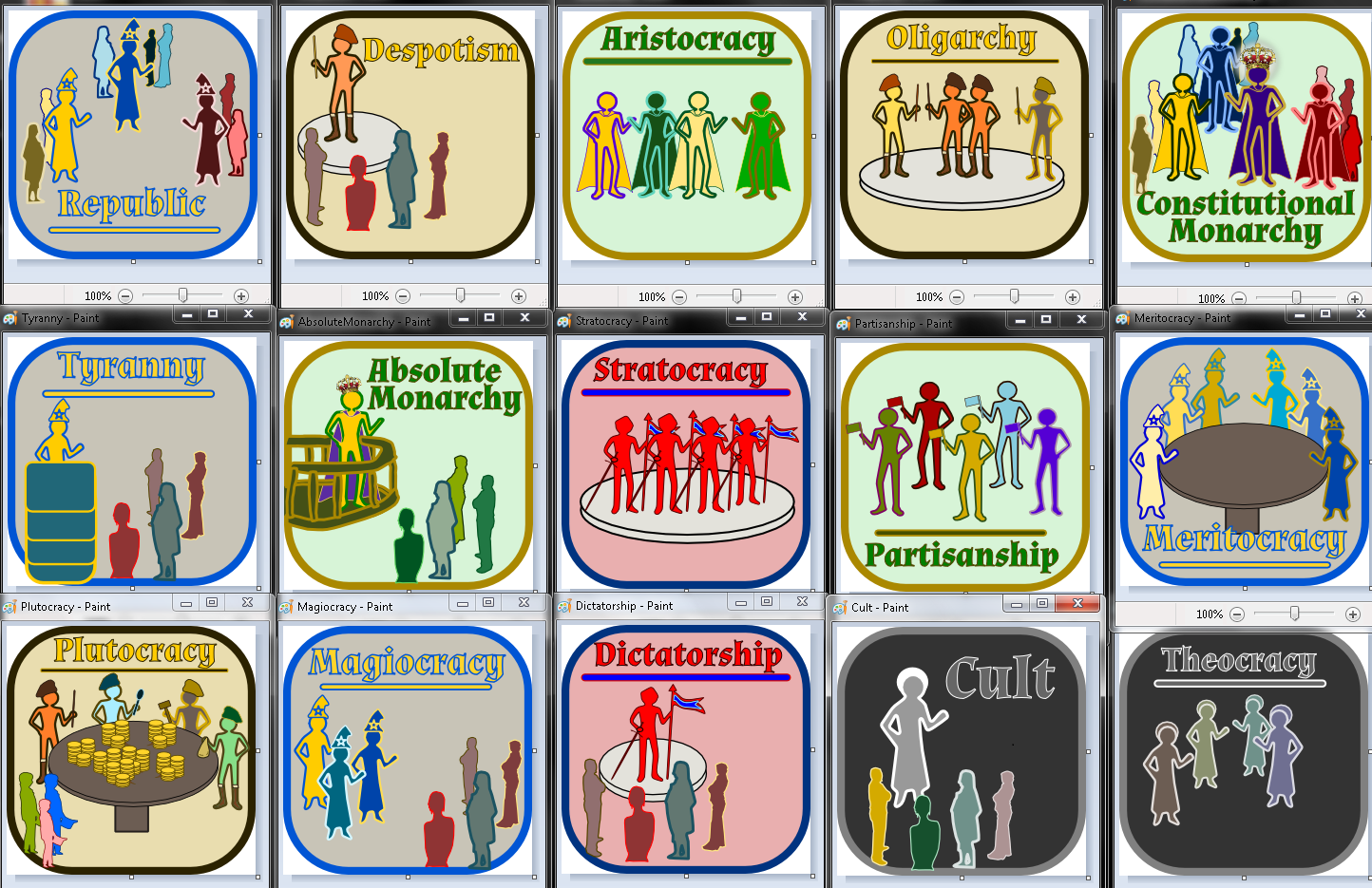 Citizens rejoice as justice and peace are brought to the land! The Courthouse brings both happiness and security. It increase currency income by 2% per level within the Town Square and by 2% for all Districts in the Interior category Settlement wide. It also increases by 2 and by 1% throughout the Settlement. There can only be one, so you might as well build a really big one.

The Cottage is the natural linked partner to the Barber Shop, as it houses Peasants with relative efficiency, which will in turn stack the Barber shop bonuses per Peasant. Cottages are lovely Sandstone constructions that can house up to 100 Peasants per level. They don't mind being packed together so tightly if everyone is clean and well shaven.


The Prefecture is the first Ministry of the Religion Department. It is therefore naturally mainly responsible for the happiness and welfare of the people. Managing this residential and happiness district in a way that balances other, less happy districts in the overall Settlement will be enough of a job for any talented Minister.

Naturally the Minister to take up both the Courthouse and the first primary Religious district must be a head, shoulders, and moral standing above the rest (or at least perceived as such). Prefecture is a hold-over from the Roman systems of the past, and the Lord holding this position is responsible for the safety of those living within.