A profile of one of the most profitable additions to any Settlement: The Canal District, which is actually a distributed network of canals throughout your entire City! 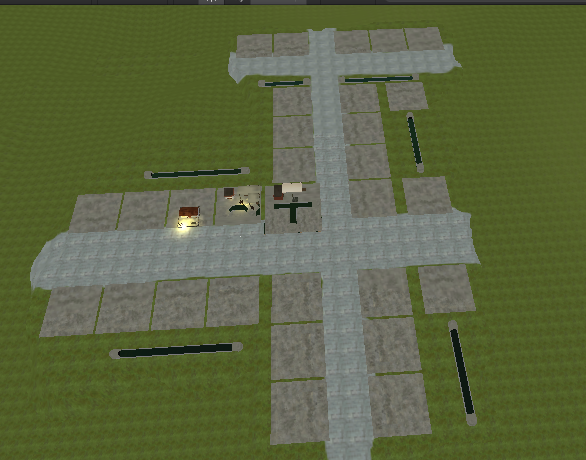 The Canal District is a Rank 3 District belonging to the Interior Department. It represents all the smaller waterways that run throughout a Settlement, facilitating shipping. With the canals comes interior water based trade and much easier transport of heavy but not unreasonably large cargo. 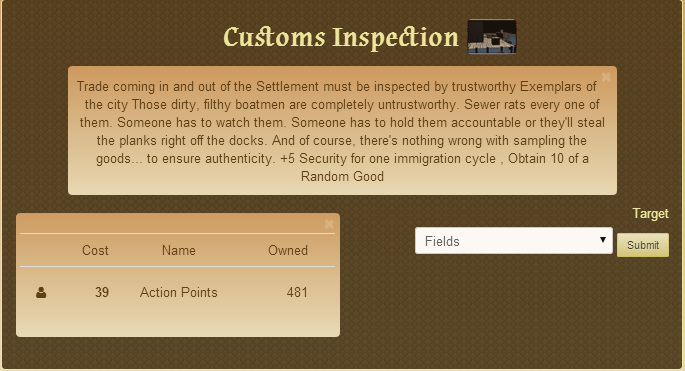 Customs Inspection is accessed through the Commerce Action menu. Every time a player uses Customs Inspection, they increase Security by 5 for an Immigration cycle and get to keep 10 of a Random Good that may have been on the boats inspected. 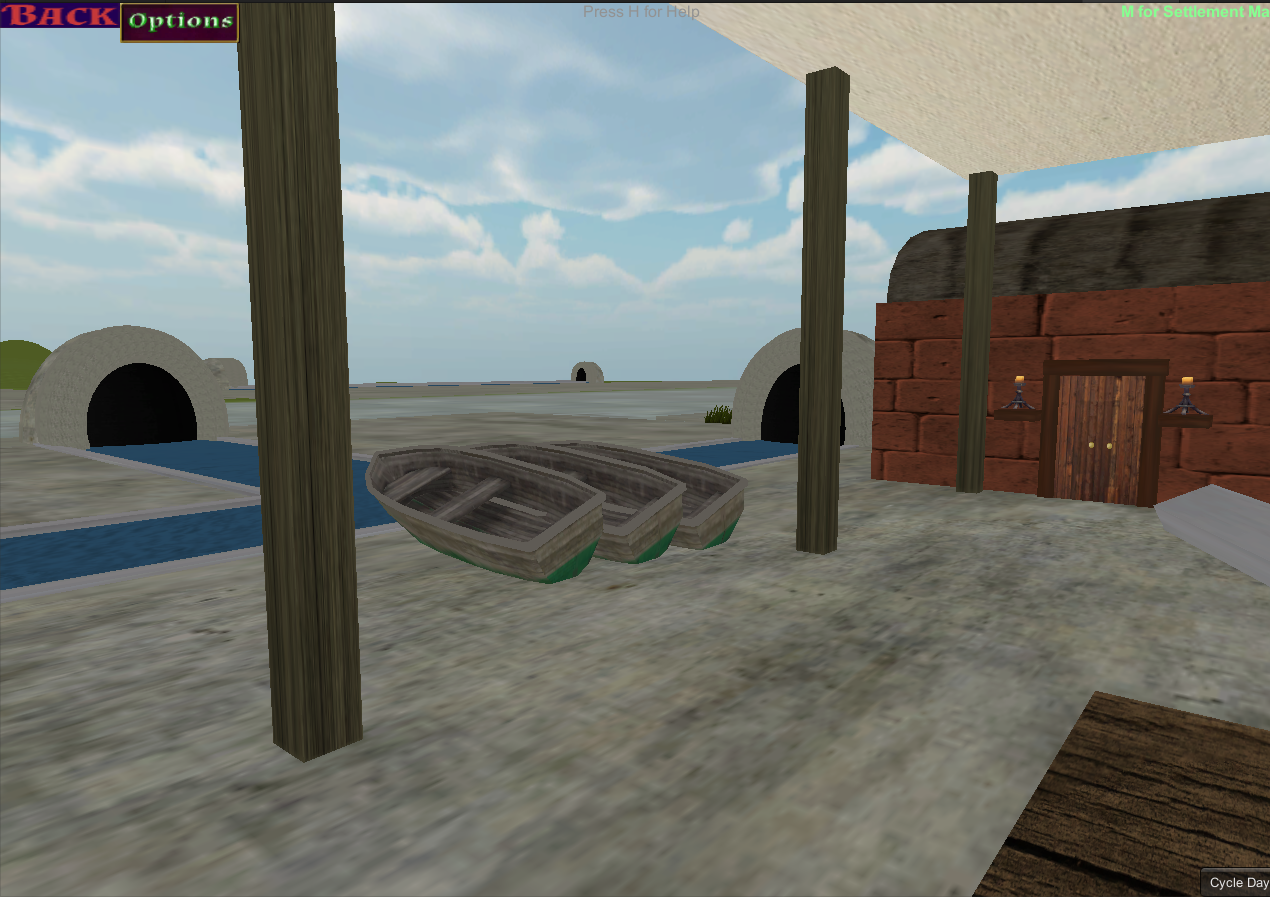 While the main building of the Canal District, this building is also classified as a Rank 3 Productivity and Processing building. It has an excellent set of bonuses, providing 0.25% production output per level of the Canal Infrastructure to Settlement wide Processing buildings. It also increases Boat income by 1% and Prosperity by 2 throughout the district. However, these extra passages through the city also decrease Security by 2 per level throughout. 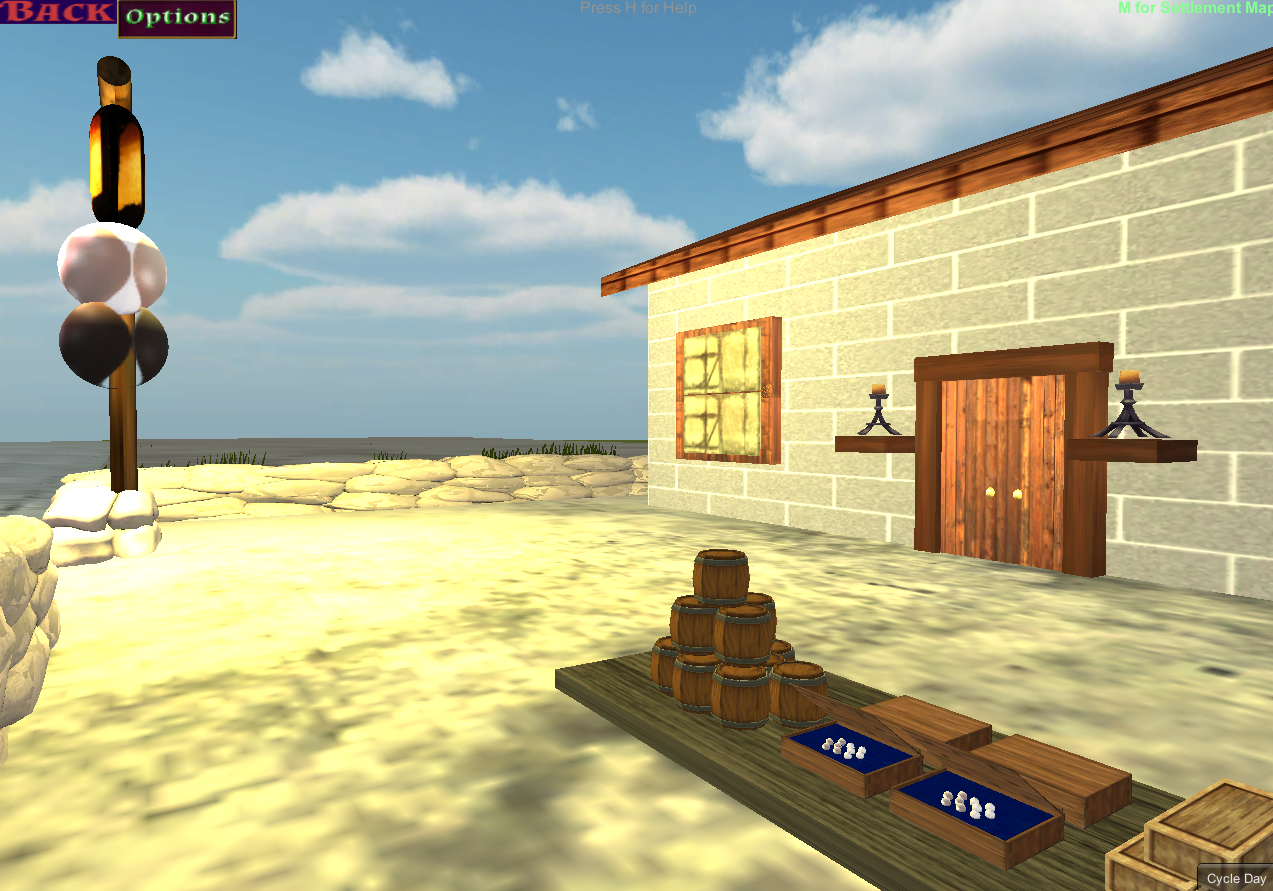 The Fishery is one of the most important buildings in the game, though one could say that about many of the harvesting and processing buildings. Here is where the Mollusk, Fish and Oysters get processed into valuable Dyes, tasty Fillets and magically significant Pearls and Black Pearls. Unfortunately, all those fish guts decrease District Health by 1 per building level. This building can be built anywhere, but gets bonuses when inside the Canal District. 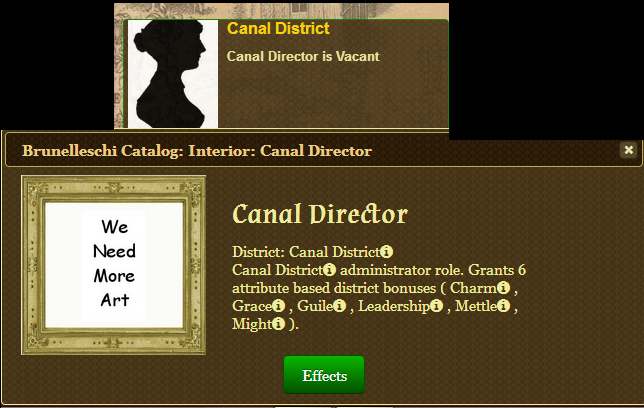 The Canal Director takes charge of the management, storage, and building ownership of the Canal District. All buildings within the district by default belong to the Canal Director and they are responsible for all Taxes both they and their Sovereign choose to collect. This person must be part Coordinator, part Bureaucrat, and part Watchman to keep the busy Canal District running smoothly. 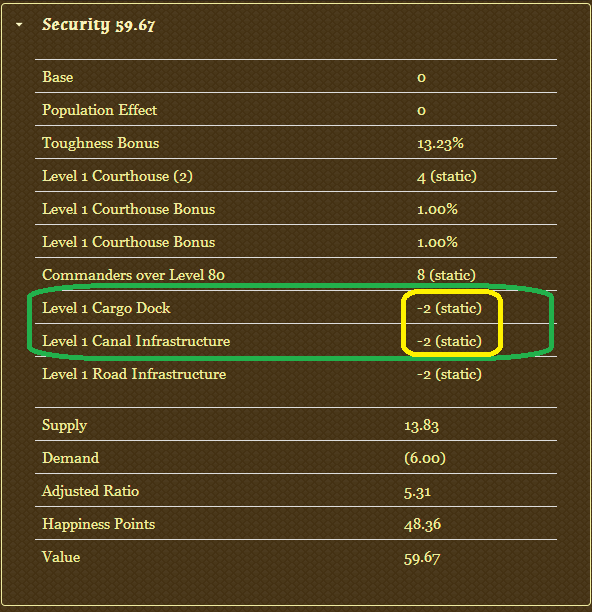 Consider how busy a well run Canal District might be, and how many easy canal-based escapes might be achieved? One might as well take note that both the Main and Exclusive buildings lower Security with every sweet Prosperity raising level. Sovereigns and the Canal Directors they employ would be wise to consider a few Security buildings, and regular patrols will be needed to prevent smuggling and crime.