Hey everyone! Thanks to everyone who downloaded and tried out the game; without your help the game wouldn't progress. For all the new users, I'd like to invite you to join the regular players and more new users on the scheduled event nights to have some fun! Events are posted and most up to date on the official game page; however you can always invite your friends on! :D There have been lots of changes and additions from A1.3 to A1.5; and I've been really busy with work and setting up the new internet service, so, I do apologize for not being online with new users or regular players. 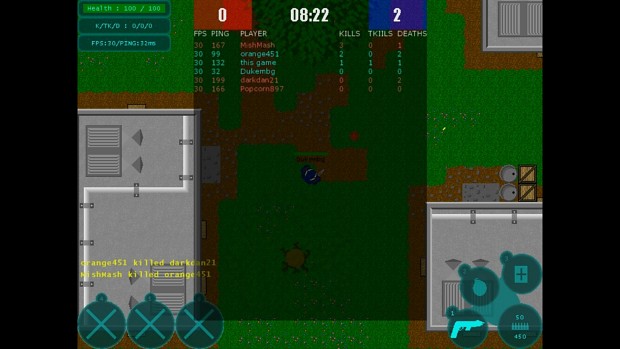 Please join me online for these events until a community is built.

To sum up A1.4, this update was mainly experimental for diagnosing those losing connection with little progress. It took a while to get all the information about those losing connection, but I had to be sure. For all users with a dialup speed, this game is not for you; but after much hard work to get the game working for a tester, I was able to keep a dialup connected and playing in game for longer periods of time. The connection between a dialup and the server is fine, but the data sent back and forth needs more speed and bandwidth; and communication loses some emphasis. The results of having a dialup in game may crash other clients, so, this issue will continue to be dealt with in future updates. 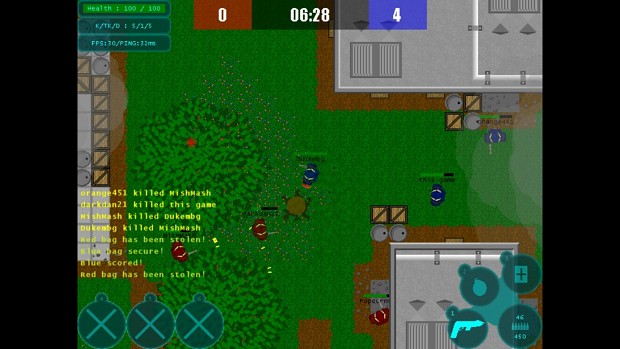 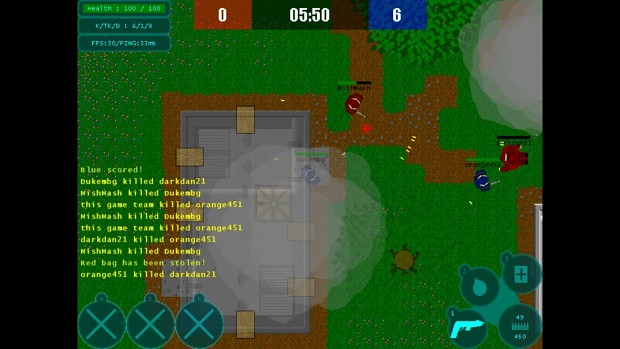 Version A1.5, I feel, was a big layer of finishing touches and polish for what is done so far for the game. Although the game will never be feature complete, the basic features are almost done and the server has (at this point hopefully) all the kinks worked out, so we'll be moving to beta probably in time for Desura release.

The most notable feature in A1.5 is the leveling system that brought with it the XP gains and notifications. For now the leveling system is a show of experience; but in the future, we'll find ways to make use of the higher levels such as unlocked weapons, maps, and game modes.

This game will never be feature complete, instead it will continuously grow. For version A1.6, I plan on fixing any issues that arise from A1.5, implementing your suggestions, and adding the rest of the basic features to the game that include more options controls, player tags and password change, 2 more small maps, join game menu displays more information about the game, create game menu will have a name text field to identify a unique game and password text field for private games. These are not set in stone, and may be added in different updates.

Changes A1.4
+You cannot block spawnpoints with mines
+You cannot have more than 10 mines on the field at once
+Timeout increased to 20 seconds
+Laggers will be paused and the timeout clock will display until they get a response from the server
+Smoke grenade smoke spreads less
+Shotgun damage decreased
+Deathmatch game menu only shows player instead of blue and red
+Deathmatch player color is green

Additions A1.4
+Digits 1..6 change to corresponding weapon
+Incorrect version error will trigger a dialog asking to download new version (pressing yes will give you a direct download link to the latest version)