Dimension Drive code and art have been redone from scratch. Videogames and comics will meet!

Graphics and code redone from scratch!

As you probably know we’ve been working hard for more than a year on Dimension Drive. Many of you have already played the last beta we released on September, you’ve seen us in game conferences and we’ve had our fair share of chatting on all social media channels.

The new year came and we decided to go back to the drawing board. The code of Dimension Drive was quite polished and the gameplay mechanics were tweaked thanks to you all. But we still felt that the prodcution value of the game needed a push.

So, we’ve teamed up with a gang of fantastic people to make Dimension Drive the game of our dreams. We want to make it bigger, better and prettier. And this is what we've done. Check out some recent screenshots to see how much the game hsa changed: 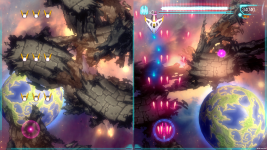 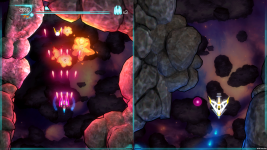 Besides all the new art style we are expanding it further and blending videogames with comics. We want to tell the story of Jackelyne and the Dimension Drives and for that we'll use motion comics. Hope you like it: