How about playing Dimension Drive, right now? Yeah! We know you can't wait to get your hands in the game so we decided to release a very early alpha build FREE for everybody. Pass it to your friends and send it around to everybody you know. And tell them to come back to our Kickstarter and make this game a reality. We count on you guys! 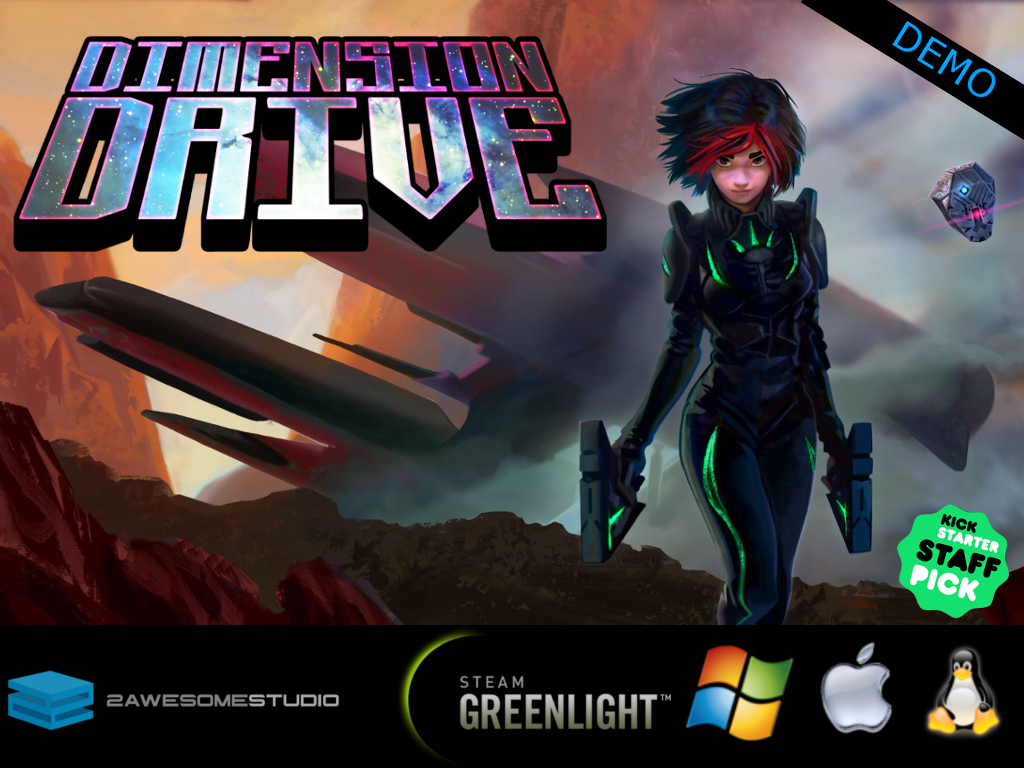 Big boring disclaimer now: this is an early alpha build that only showcases some of the gameplay. It may have bugs, placeholders and tons of missing stuff. We promise it will not break your computer. We can't promise the game won't break though...