Article by author about Dawn of Immolation Diasporex Invasion (Battle for Rodina) and new cool things in this mod. 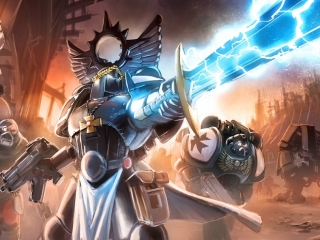 Hello friends. Now i decided to release beta version of this mod. Yeah, maybe some of use thinks that this mod is not good, but i promised you to release. I don`t want to close this mod. I worked with it over a year. So this is the release of Diasporex Invasion. Second name of this mod is - Battle for Rodina.

-Races Diasporex and Renegades are playable.
-White Scars and Ju-Vath races was deleted
-Some bugs was fixed
-Red Scorpions race was replaced. Now they are Exorcists SM order
-Some texts improvements
-No CTD errors