You probably know about Issac Newton right? The man with the apple who defined the laws of motion and universal gravitation. This week the focus was on it. Not on Isaac, but on gravity.

If you follow our project for a little while, you know that Sprouty is a platformer game. And guess what? Gravity is the core element of a platformer game! I can hear you saying something like "Thanks captain obvious!".

I will not talk about how to manage gravity in a game but doing it right is a matter of fine gauging. The rules to get gravity working are not much complicated, but finding the proper adjustments is... hard. It gets even harder when you want to create a game with non realistic movements.

This week, the core gravity system was laid down. Some movements are still not managed, but the most important part of the job is done. Sprouty can move around, jump and even bounce on walls! This part of the gameplay was badly managed in the flash prototype. You could move during a wall jump making possible to do strange things and the classic "wall jump" was hard to perform. This is now done, correctly. The input feeling is also nicer and a lot more efficient!

New assets are also getting out such as crystals and some decoration props. Enjoy! 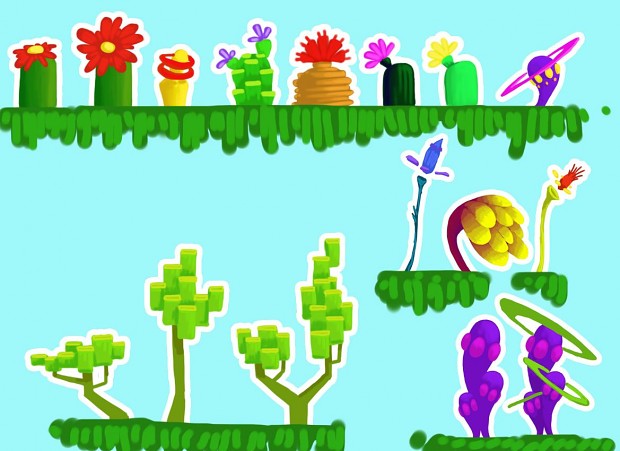