This week, let's talk about the hidden part of the game. You know, all those creepy line of code, the tools and all that stuff players don't care about!

Every project starts with a simple idea, a core gameplay, a theme or even a character. As said in the first article, the game prototype was made as a submission for the One Game A Month contest. The theme was "grow".

After brainstorming to get a completely crazy idea, we got the plot : You are a sleepwalker acorn dreaming of awesome adventures. But when you wake up in the morning, you're lost in dangerous places and have to go back home. 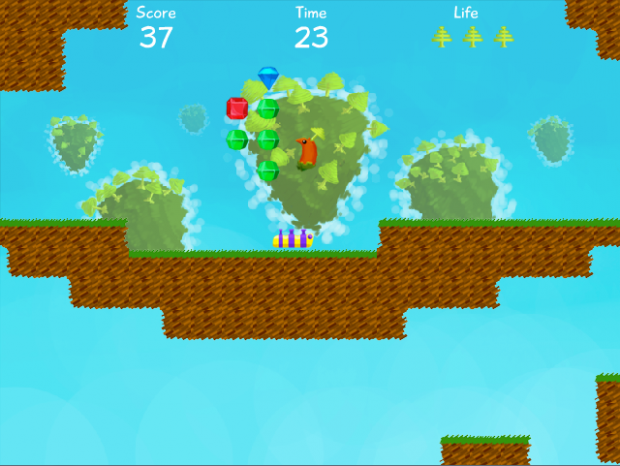 We decided to go this way, with our cute sleepwalker acorn.

The prototype was made in Flash. Flash because the production pipeline is quite fast and the distribution is easy on the Web. Nobody downloads a game developed in 1 month, except enthousiasts. Our goal was to have as much feedback as possible to improve our global game quality. And publishing this prototype on Mochimedia catalog gave us a lot.

In the Flash prototype, we used Flixel engine but almost everything else was handcrafted. And some bugs / strange behaviors were here. To create a bigger story, we needed a stronger core engine, that's why we jumped on Unity, giving us the opportunity to really focu on the gameplay instead of the engine.

Using Unity is an awesome editor but we needed some specific tools to ease the development and later debugging. One great thing with Unity is that you can create custom plugins to enhance the base editor (this is so cool!).

So we created custom bindings and scripts to create maps directly in the editor. This is not very sexy for now but it works. This is quite important to have a powerfull editor to quickly and easely modify a map (ie for gameplay adjustment). This editor will also soon make possible to debug a specific level with given powerups.

Did I mentionned powerups? Nevermind...