Many thanks to everyone who played and gave feedback on the V2 demo of Hyper-5. I have released a V3 demo with several improvements including Playing Tips, and UI tweaks!

Hi All! Since the V2 update I have mostly been working away on the last two levels of Hyper-5, which are now coming together quite nicely. I am probably a month or so away from being able to send off to the Awesome Alpha Testing Squadron which is exciting!

I have had the opportunity now to watch a few streamers playing the game and get some more general feedback. It is interesting to compare the experience of players who are less familiar with shmups (“I keep dying!”) with those who are used to the genre. There were also a few issues around understanding the UI. So with this in mind, here are the changes for the V3 demo:

When you die and / or finish a level, the game now shows some contextual tips to assist playing. These are mostly for players less familiar with shmups but there are also reminders about weapon unlocks, “difficult enemy” tips and so forth. This also allowed me to simplify some of the other UI pages. Less clutter = better. 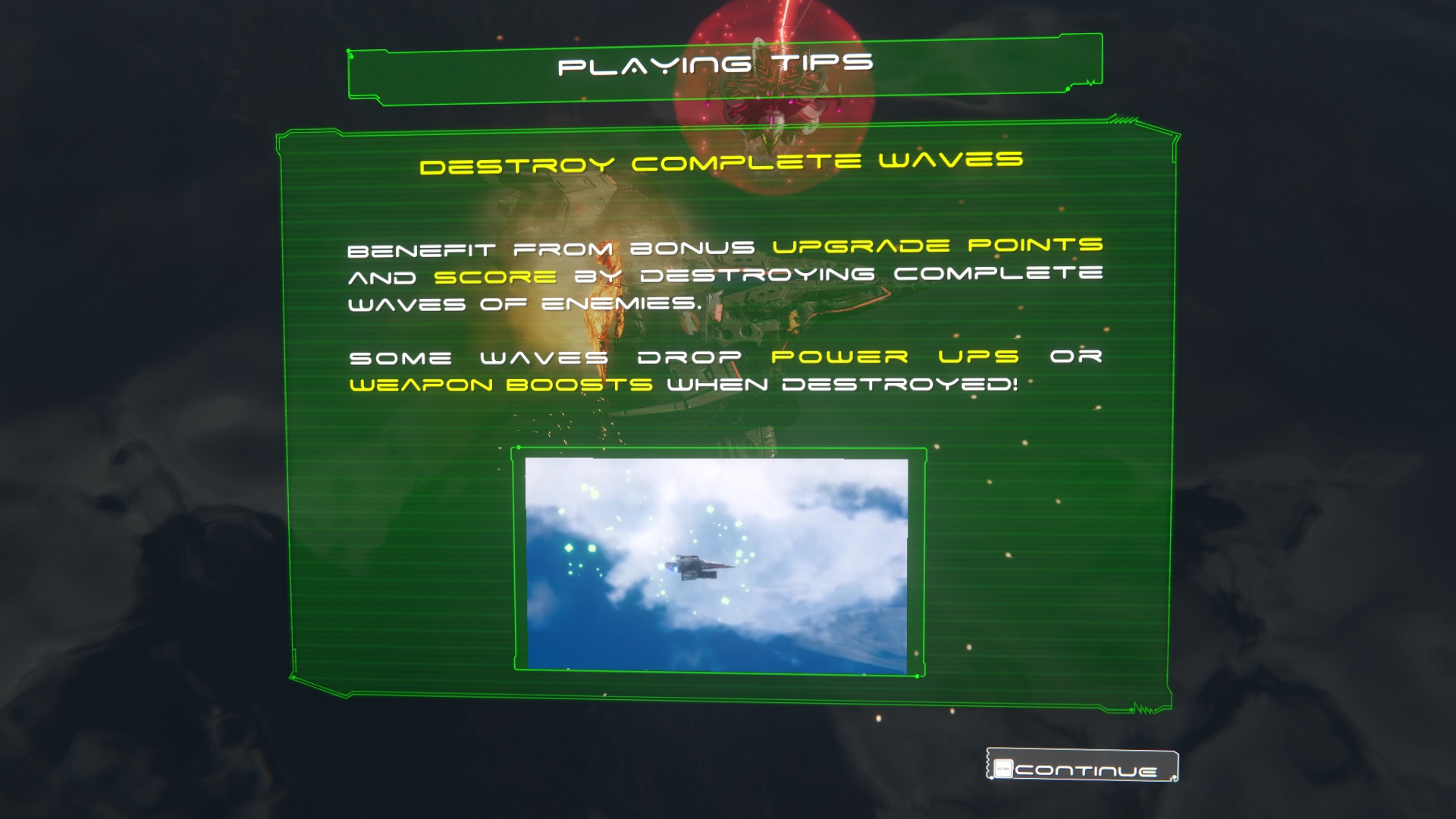 Several people crashed into the terrain on level 1. I have added some footprints from the Titan enemy which should make it more obvious where the ground is. Don’t crash into it! 😊 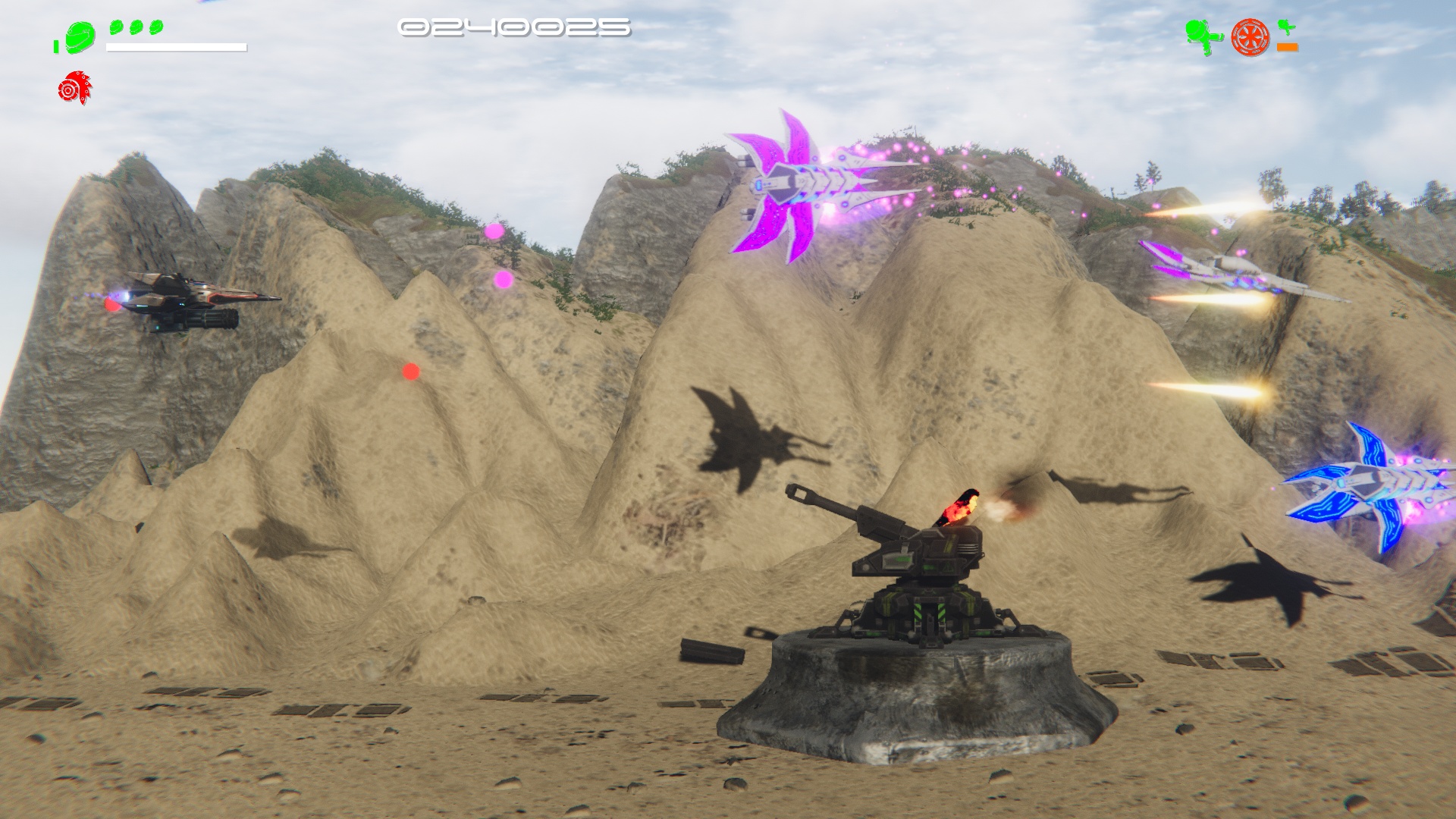 I have added in some “shortcut” icons and a header text to the weapon selection panel. This will make it more obvious there are several categories of weapons / upgrades. “Sell up” was misread several times so this is now “Downgrade”. 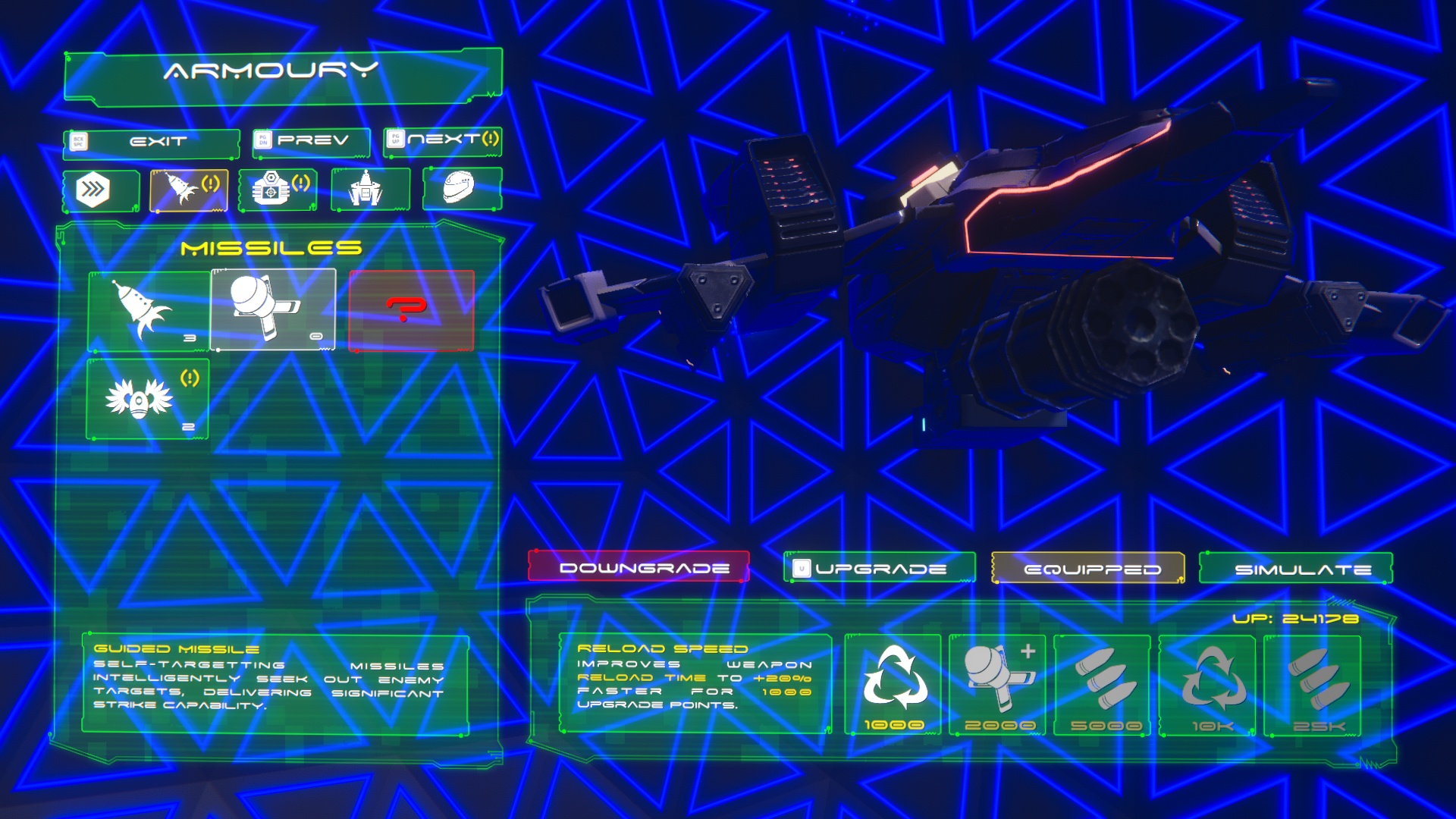 Some of the levels feature branching paths with selection made by moving the ship, however it was not immediately obvious to players how to make this decision and which way the path would go. I have added in “route hologram markers” to assist. 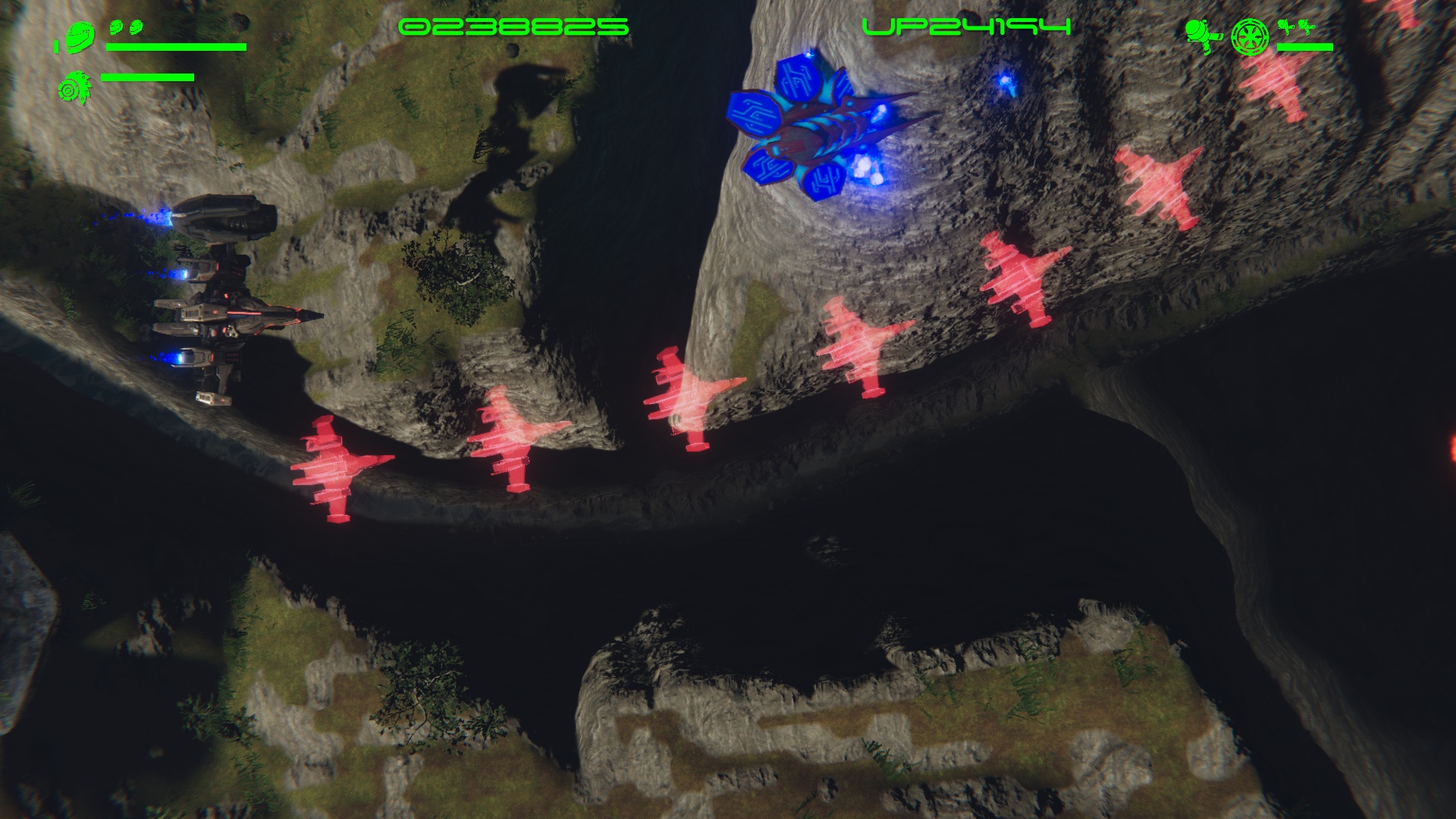 Cool, cool, where are you at with the full game?

Still working on it! Here are a couple of screenshots of Level 5 which is longer than the other levels and set on a strange, toxified island full of giant insects and ancient alien machinery. 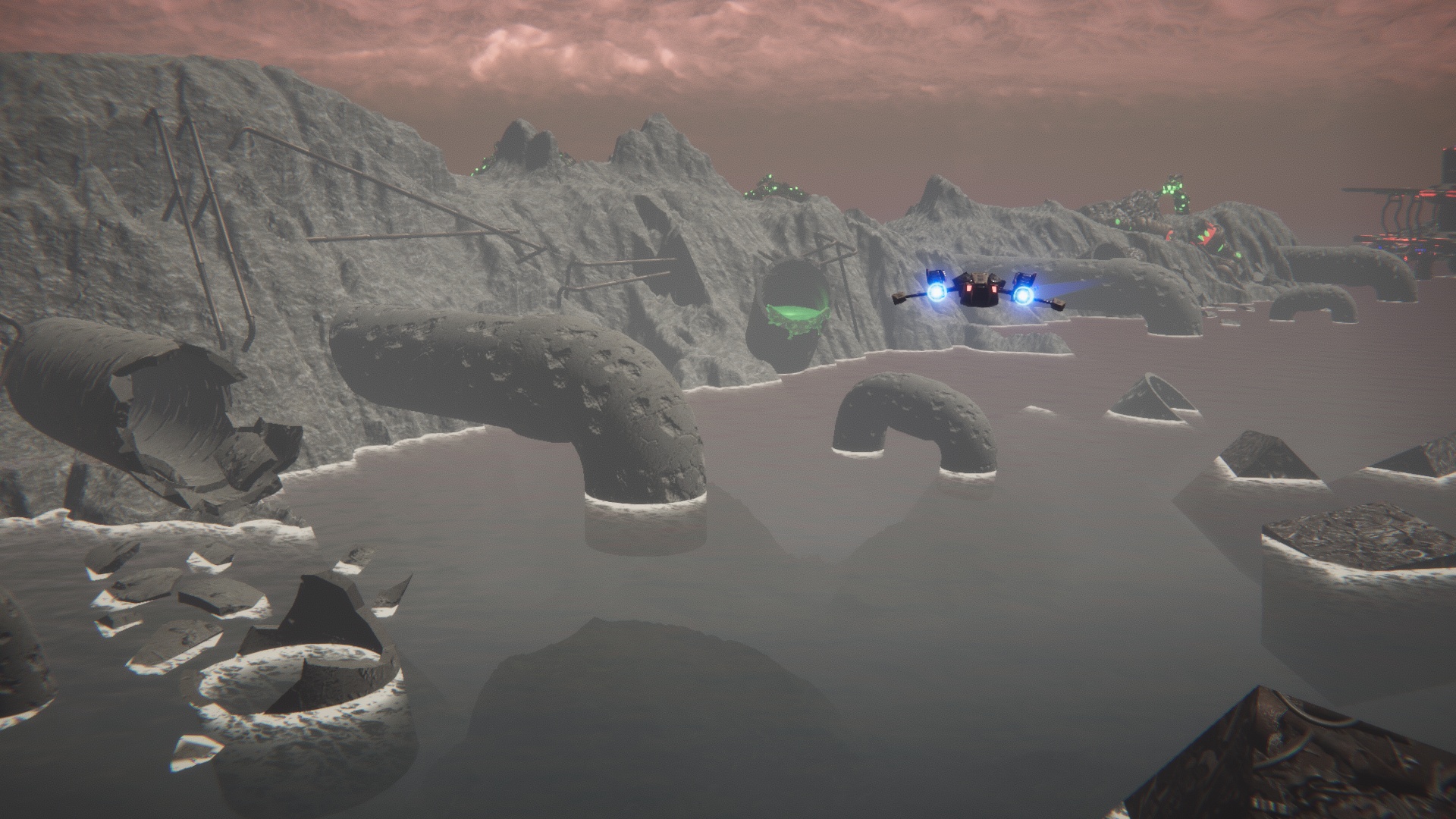 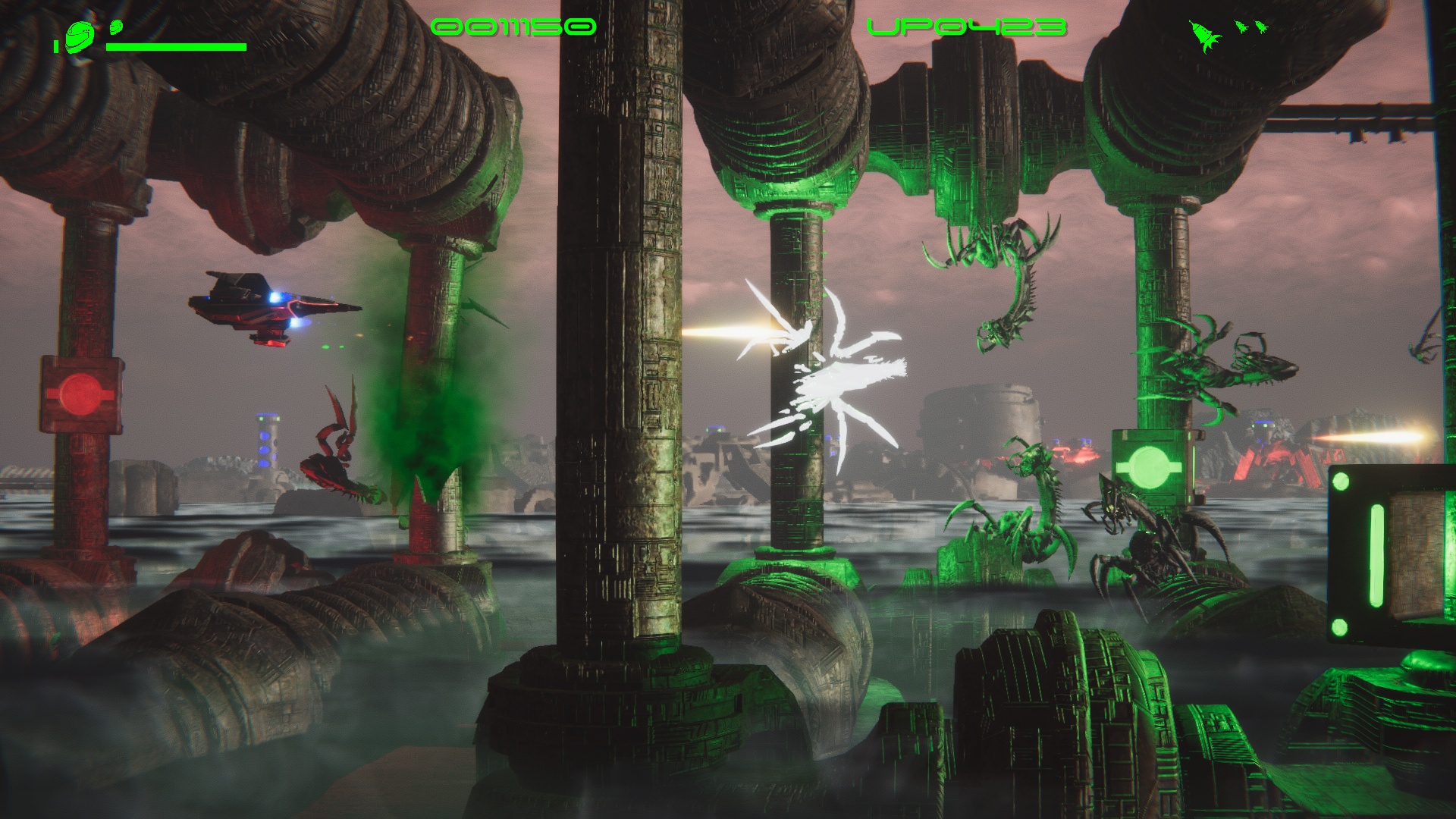