In one of my previous updates I discussed how I had put level design off until I had a solid direction of functionality and overall game play. The reasoning behind this is that, every time I added, changed, or removed something during the early stages of development, it directly effected game play....

I wanted to share some more progress. In one of my previous updates I discussed how I had put level design off until I had a solid direction of functionality and overall game play. The reasoning behind this is that, every time I added, changed, or removed something during the early stages of development, it directly effected game play. Which resulted in me rebuilding levels to compensate for changes. That ate up a lot of time (as level design does) which was frustrating early on to keep redesigning levels... This is pretty obvious for most, but considering this is my real first game with some direction, I wasn't directly aware of it.

I switched focused to player mechanics, enemy AI, art, etc. and took my time polishing it all up. Now with everything in place and working as intended (player, enemies, obstacles, a boss, etc), I have begun to work on level design. Interestingly enough, the early levels were very small and enemies came from everywhere. As development progressed, the levels (or test LEVEL) got increasingly longer, but still very platformer'ish mario bro's style. I assumed this would be the ultimate direction in terms of level design. Long platform levels.

I recently wrapped up on “The Maker” boss, which for me personally was a milestone to move forward with level design and to wrap up all the ideas bouncing around in my head. (or on paper) and get a demo out for people to play. That said... I had 3 level designs that I was going to offer in the demo due to my uncertainty of what works best.

#1 was done (as it was my overall testing level) so I started on #3 the “Metroid Level” over the weekend figuring it would be the most challenging. As I had assumed, it was a challenge. I realized early on that my tilemap art was not created for such a levels, so I had to make a few adjustments. I also had no real way of getting the player from a high point to a low point (or vice versa) without platforms to jump on. So I had to create an elevator. ( A smart one that returns when you are near

) After I took care of the little issues that arose, I began to test out the level. At first I was unsure of the direction, (most likey due to being used to a specific level layout) but that feeling soon went away after I let some close friends play test it. The response for this level was better than I had thought. Seems this layout style really gave the game an extra boost, along with opening the door up for some more possibilities in relation to overall gameplay. Admittedly this adds a bit more to the process but, it's an addition that's well worth it. 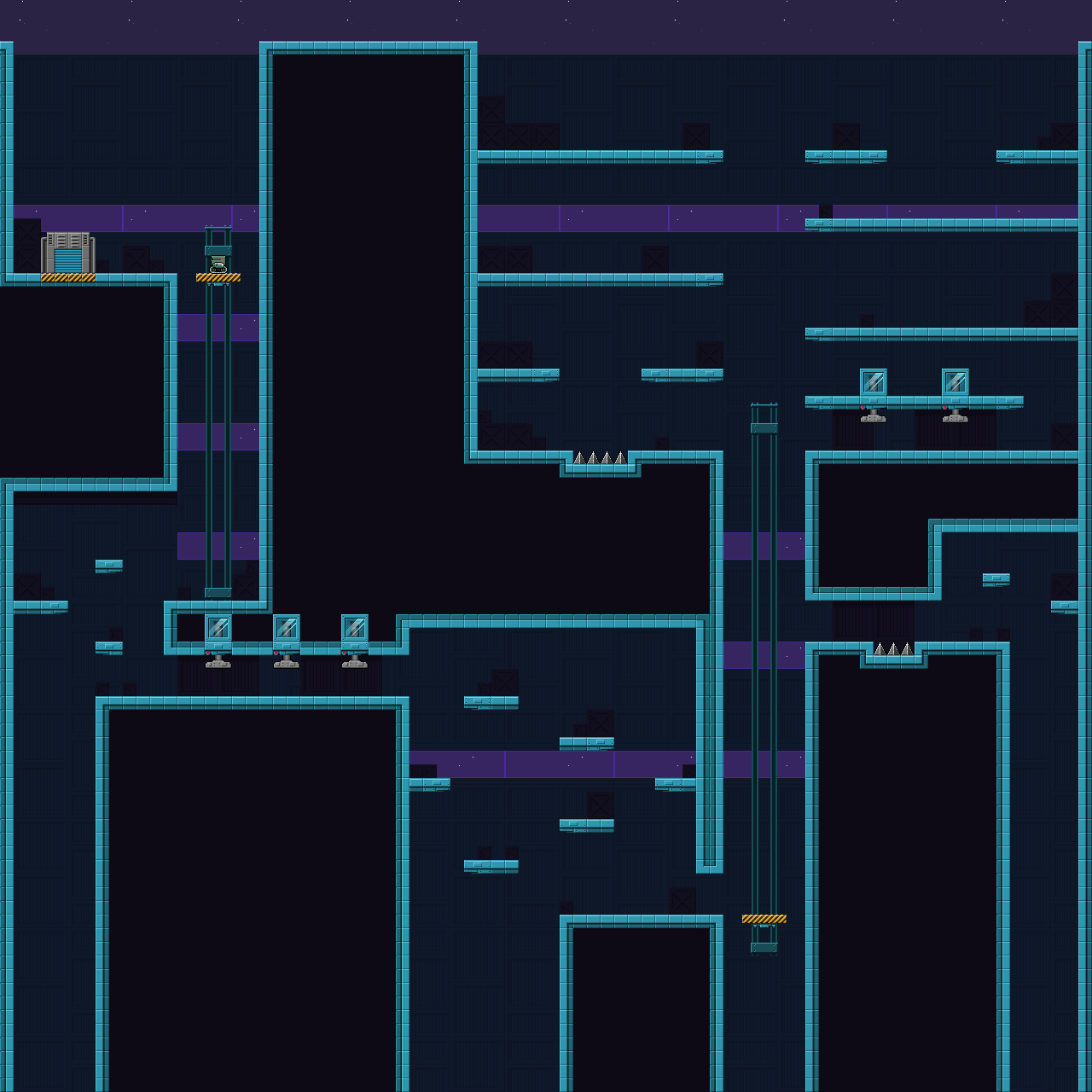 I am pushing for a playable demo release within the next couple of weeks. Stay tuned for more info on Robot 505