Why should it be fun to exterminate mankind again and again? Talking about that in this devlog.

Hello everyone! In this devlog I’m going to talk one of the most essential parts of any rogue-like — replayability.

To make matches fun and replayable I made a system, which generates continents randomly each battle. Their shape and landscape features are created from scratch what constantly creates various situations to adapt to. A few mountains near the ocean? Great natural defenses to place your shrine behind them. Many swamps next to each other? Try to lure mortals there for some extra damage. A mysterious temple with no enemies around? Create your servants next to it and take advantage of the temple’s magic. 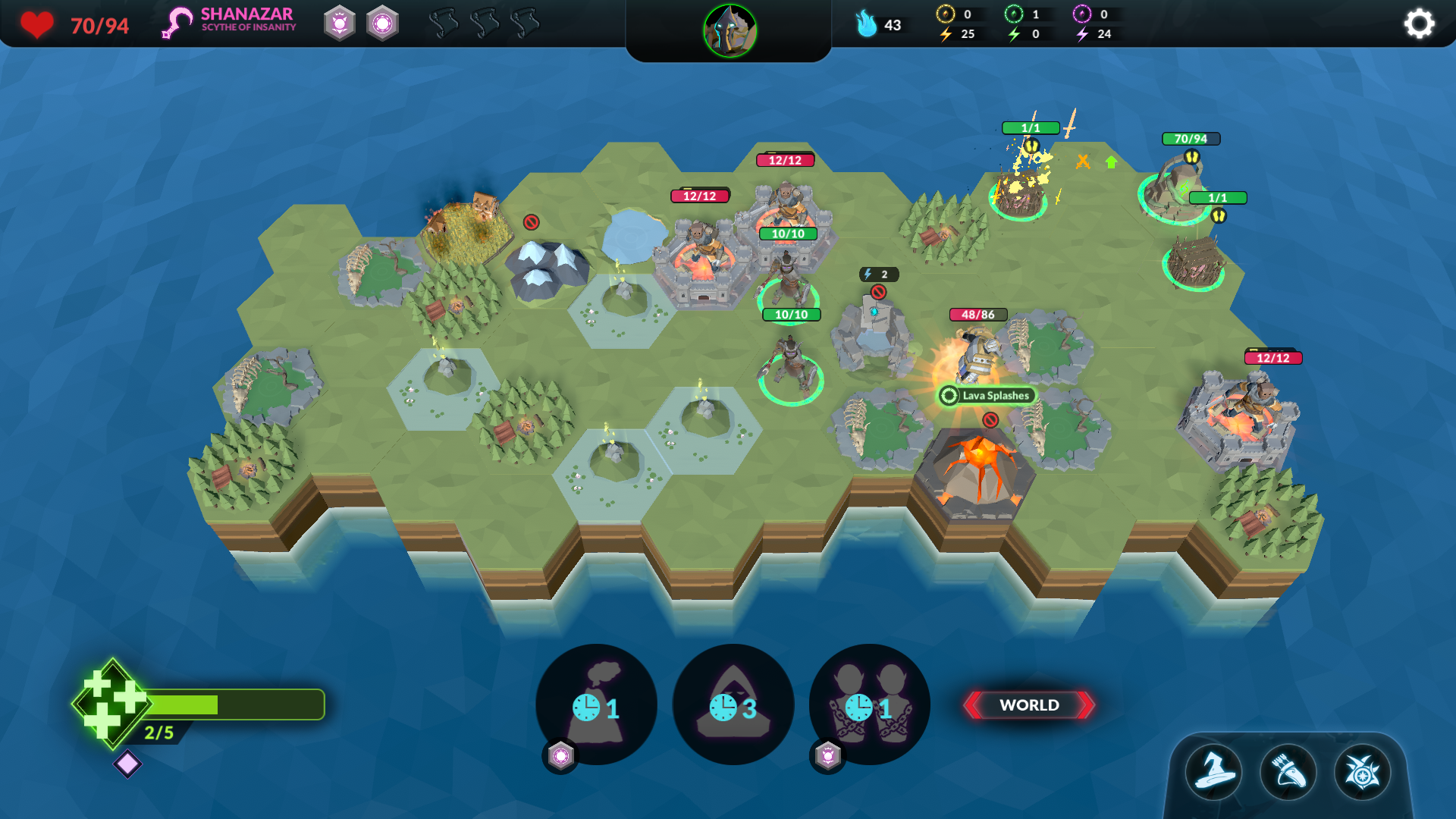 Moreover, after each three continents you enter a new biom (grasslands, deserts, fjords etc.) with its own set of landscape features, enemy heroes and overall battle conditions, which turn the gameplay upside down. I want to go further here and implement the weather system, which affects the battlefield in a different way each time you fight mortals. Heavy rains restoring burnt farms, spontaneous hurricanes moving units to random positions or tsunamis destroying everything next to the ocean. This is still on concept, but I really want the weather system in the game.

Between the continents, you can participate in different events. Sometimes they give you valuable resources, sometimes take your health points and sometimes grant advantage in battles. Types of events are defined randomly so there is always an element of luck. Yet, you can control it since there are three paths to the next continent and you can choose the most advantageous. 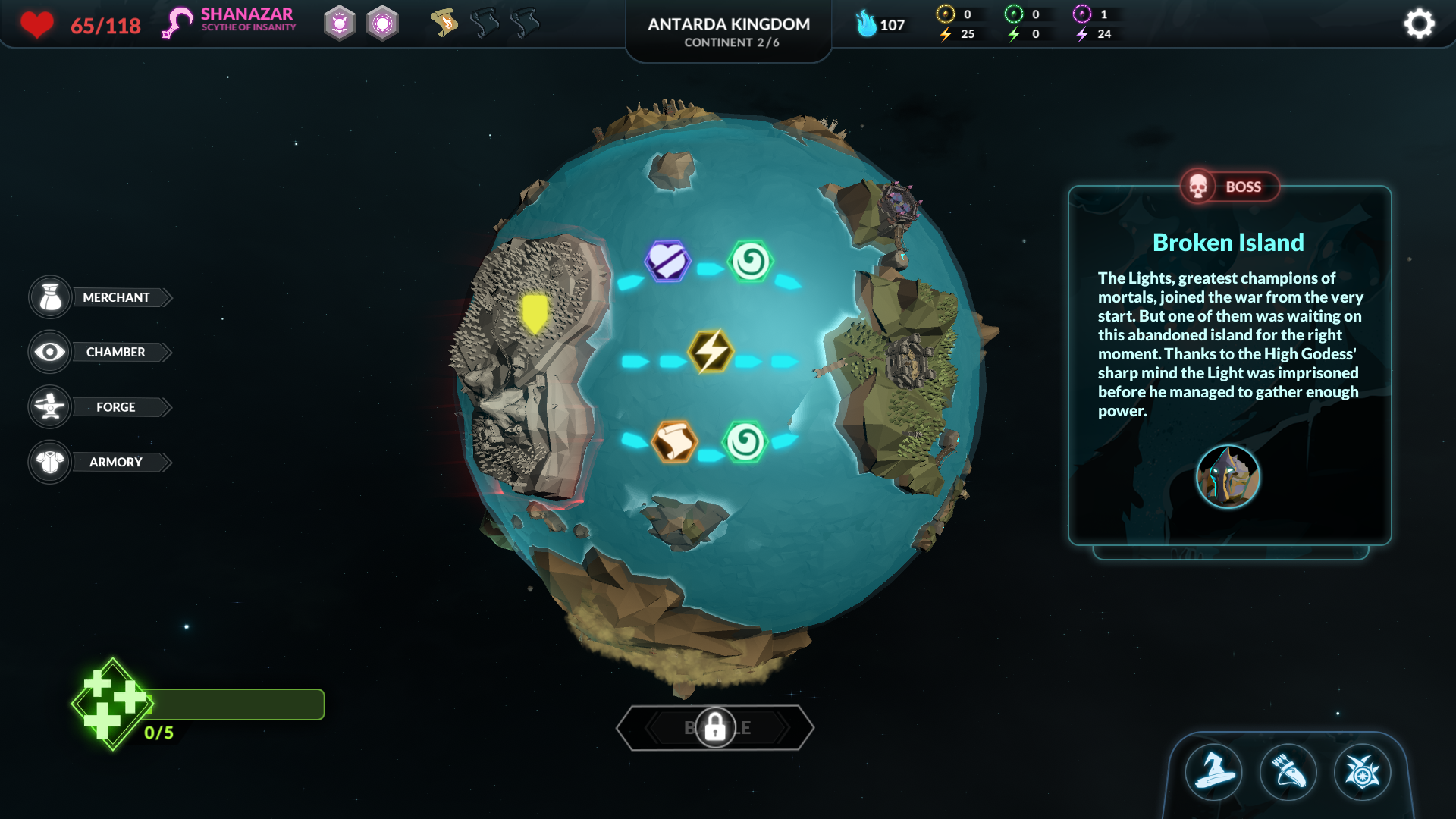 Here is another concept I’m still considering — wandering islands. They are a home for dangerous mini-bosses, which you can choose to battle for great rewards. The bosses would be unique for each biom and require to adapt your strategy to their combat abilities. Moreover, you would be able to choose a minor positive passive effect as a reward for beating a mini-boss. Other than that, they work like regular events — you choose a wandering island icon between the continents and that’s it.

There are more already implemented systems, which help make matches fun and replayable. I will doubtlessly cover them in the upcoming articles. Thank you for reading and stay tuned! :)