How do you become stronger and discover new content between runs? Easily!

Hello everyone! In this devlog, I will talk progress between runs — both in terms of gameplay and in terms of story.

Whenever you destroy the world or lose on this quest, you will get progression points and unlock new content before the next run. For example, you can discover new modes of play, make the shrine (main building of yours) stronger or even unlock new major features. One of these features is the Library, a mystical place where even a god can learn something new. 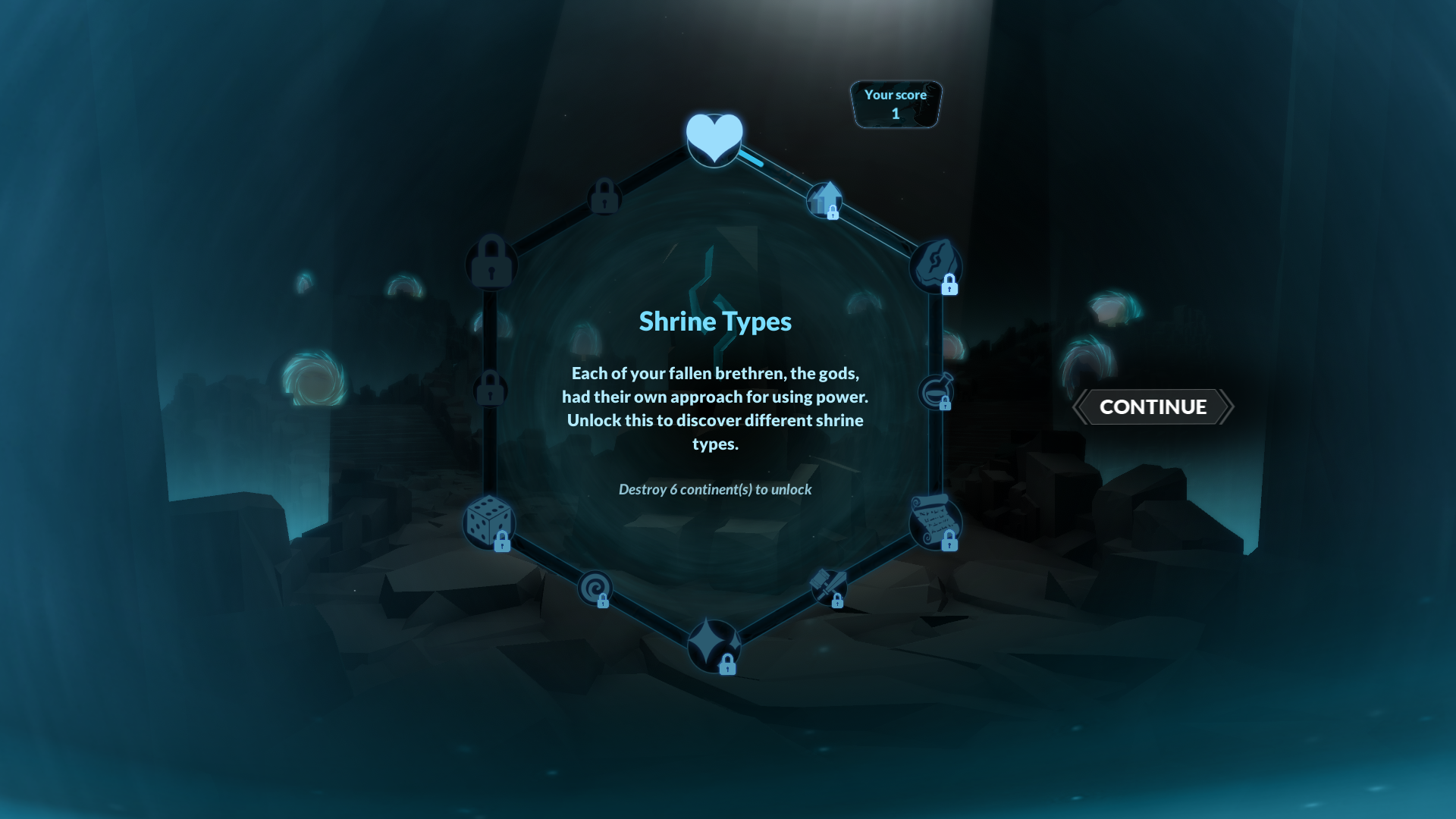 The more continents you destroy, the better your progress.

In the Library, you can unlock tons of content using experience, the currency you get after each run. For example, you can discover new shrine types with unique divine skills, cosmetic features such as colorful destruction effects of the continent or acquire new items. 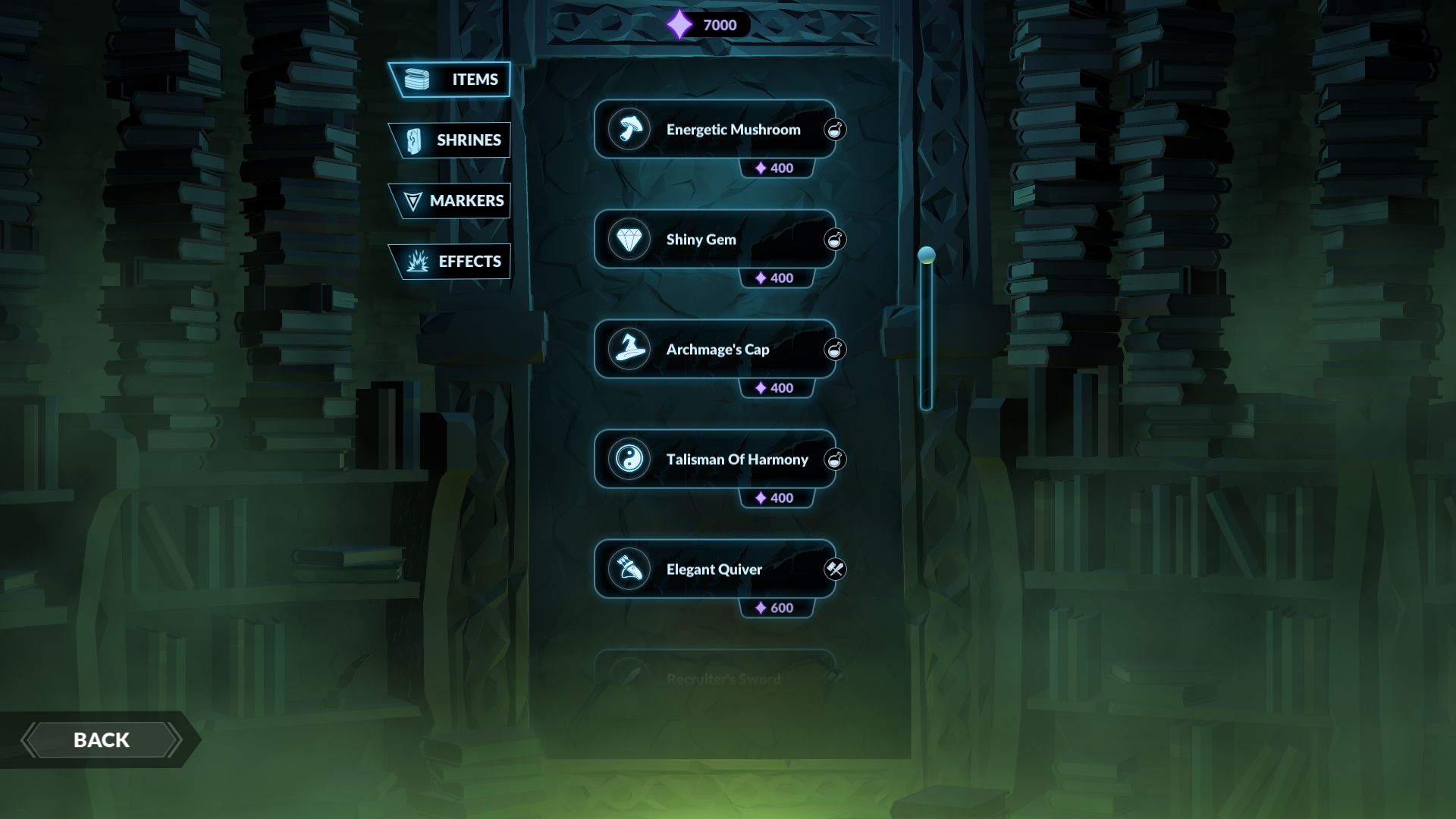 In the Library, you can get fancy markers which represent you on the world map.

You choose items before the run and they grant passive effects for the duration of your crusade. For example, there is a talisman which grants extra resources when you avoid events on the world map. On the other hand, you can choose a sword, which deals damage to enemies whenever you summon a creature. Prefer something more unusual? No problem. Choose an item associated with a deed, a quest that grants resources or battle advantage upon completion. Let’s say, the Ritual Dagger. It fully restores your shrine’s health when you deal enough damage on the first turn in a battle. 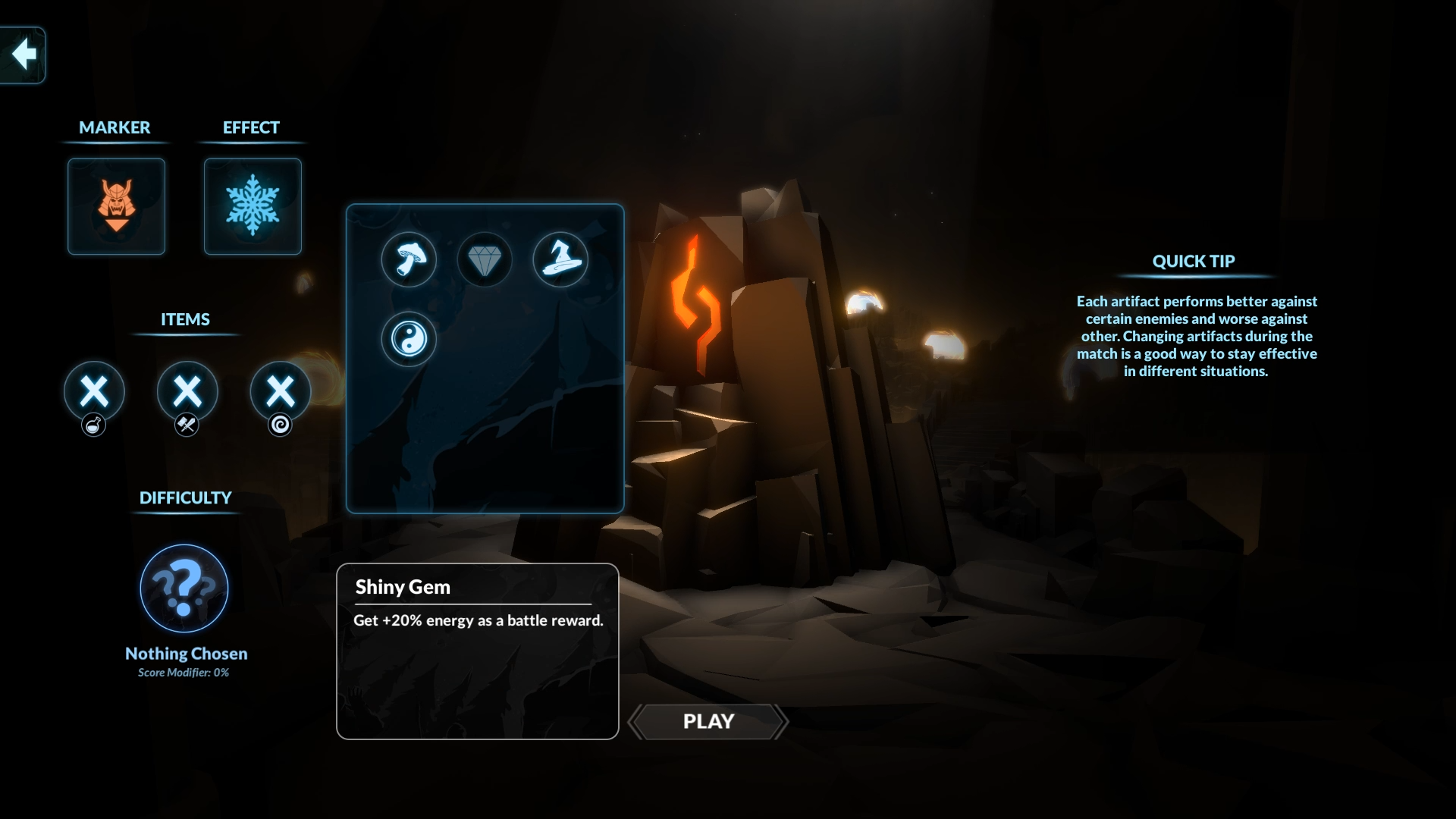 In the Library, you can get fancy markers which represent you on the world map.

Once Upon A Time

Another kind of progress between runs is story-based. I haven’t implemented it yet but I really want to make this aspect as motivating as possible. The idea is the following: whenever you destroy the world, you will see a cutscene, which moves the story forward. Why exactly did mortals decide to murder gods? How did you survive? Why almost no one remembers you? Ending cutscenes will answer these and many other questions one by one as you play. Therefore, you will have another motivation to keep playing, besides new items and other cool unlockable stuff.

Thank you for reading! Stay tuned for more info about the game in the upcoming articles :)