Its been a while since I wrote a DevLog. Quite a bit has happened since then. The Foundation even made spot 52 on the top 100 games on indieDB for a while! Now if I can only get it to stay there. Keep spreading the news and excitement for this game to everyone you know. The more this grows the better it can be.

Now that I am deep into the Groups of Interest code I felt it necessary to explain how I plan to implement each GOI. Hopefully this means if I am really screwing one up the community can slap me, instruct me on the proper canon and we can be on our way to a better game.

With that being said lets begin with paradigms! No really it has alot to do with GOIs as will be seen later. I've tossed this word around in the last couple of videos, but I didn't take much time to explain it. Its a concept that came out of the discussion around the Ethics Committee screen. A paradigm is a mindset and in The Foundation's case the collective mindset of its staff, leadership, and task forces. As the player makes choices and enacts policies their paradigm will shift towards one of three possibilities. 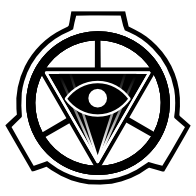 ESOTERIC : An esoteric foundation embraces anomalies. They are the foundation that creates MTF-7, Recruits humanoid scps, builds anomalous weaponry, and makes deals with the elder gods. This all may come at the cost of their humanity but if it helps to protect humanity why not use it? 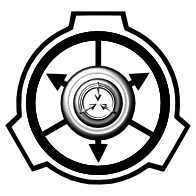 REALITY : A Realist Foundation is dedicated to the containment and eradication of all anomalies without and within. They only research anomalies in order to perfect containment. Science and logic rules their world and they refuse to cooperate with humanoid scps or utilize scps that could be helpful. 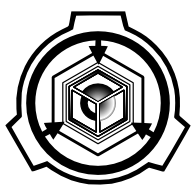 BALANCED : A balanced Foundation resembles the current foundation of the wiki. Anomalies and esoteric tech are only used when necessary. Tech is researched and developed to combat current needs.


During the first part of the game the player's choices will be recorded and alter interactions with other GOIs. An ESOTERIC Foundation is more likely to get along with The Serpent's Hand for example.

Around the midpoint of the game the player will have to choose between the three paradigms in order to unlock the final tier research and policy options. Each branch will have unique technology and policies as well as variations of several techs and policies.

Hopefully this gives a good overview of paradigms. There will be many more details once it is time to talk more about policies and research. 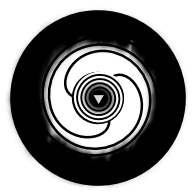 This brings us to the first GOI I wish to discuss: The Chaos Insurgency.

My original plan was to implement it exactly how it is described on the wiki. But a conversation I had sparked a different idea that I am super excited about. Its less canon, but canon on the wiki can be pretty flimsy at times so hear me out.

The CI is a rogue splinter group of the foundation that broke off in 1924. They are basically the opposite of the foundation except for an apparent similar desire to protect normality. However in the game the Foundation can vary in the approach it will take. Making it so the two groups might not differ as much in beliefs as rival factions should.

So I propose that CI will not exist at the start of the game. When the player selects a paradigm in order to unlock the final levels of research the schism occurs. Based on the player's choice, the CI is created with a paradigm opposite of the one the player chose. Staff members and task forces leaning towards this counter paradigm defect. Due to their opposite alignments, the Foundation and Insurgency are unlikely to reconcile their differences and it creates a much more personalized conflict.

The CI will also be implemented as a Global Conflict style GOI. Being global they fight for influence and position across the entire world. Having an focus on conflict they will try to exterminate groups not aligned to their interests. They will have an interest in all anomalous activity and objects. Currently I don't have any other specific behaviors in mind besides their SCP-001 interactions, but that will come later.

Well this article has already grown in size considerably and covered alot of ground. Please leave feedback and suggestions and let's make this the best SCP game yet. Next time more GOI implementation plans including Nobody and Oneroi.