A third graphical pass, tutorial rewamping, the GamesFest, lots of stuff in this one !

Hi there, Restaste again. As you may have noticed, I’ve been pretty absent the past weeks. The reason was a strong rush at my day job, which used all of my time. Nonetheless, we managed to make up for the lost time and push a version 0.15 which we’re very proud of ! Here’s what happened:

We had the general feeling that too much was happening in the game. So we reached out to fellow game developer friends David (@DavidJavet) and Sandro (@Rouxtilant) for some insight.

I felt like their feedback could be classified as either specific tweaks, or as general reflexions. The most interesting one I think was that the game was at a stage where we could either choose to make it very arcadey and fast-paced, or slower-paced, more reflexion/stealth oriented. Our personal preference is to go for the latter option. So, when faced with design choices, we will privilege the options that lead to more reflexion, planning and prediction. What we (gladly) observe though is that the game can still be played as a fast-paced arcade, if you put four players in a small map.

Some specific tweaks we implemented following this discussion are:

And certainly more which I’ve forgotten. A huge thanks to them for their time and dedication! There’s of course a lot more than just that, but this is what we’ve implemented so far, directly following this discussion.

Until now, the maps and lobby were made up of individual blocks that we placed by hand in the level. This allowed fast iteration on map and lobby design. But it created lighting artifacts, because of overlapping polygons.

Now that the map layouts are stable, we decided to export complete meshes for the levels and the lobby, enabling us to make a much better use of UE4’s rendering engine. Here’s what the levels look like as of now: 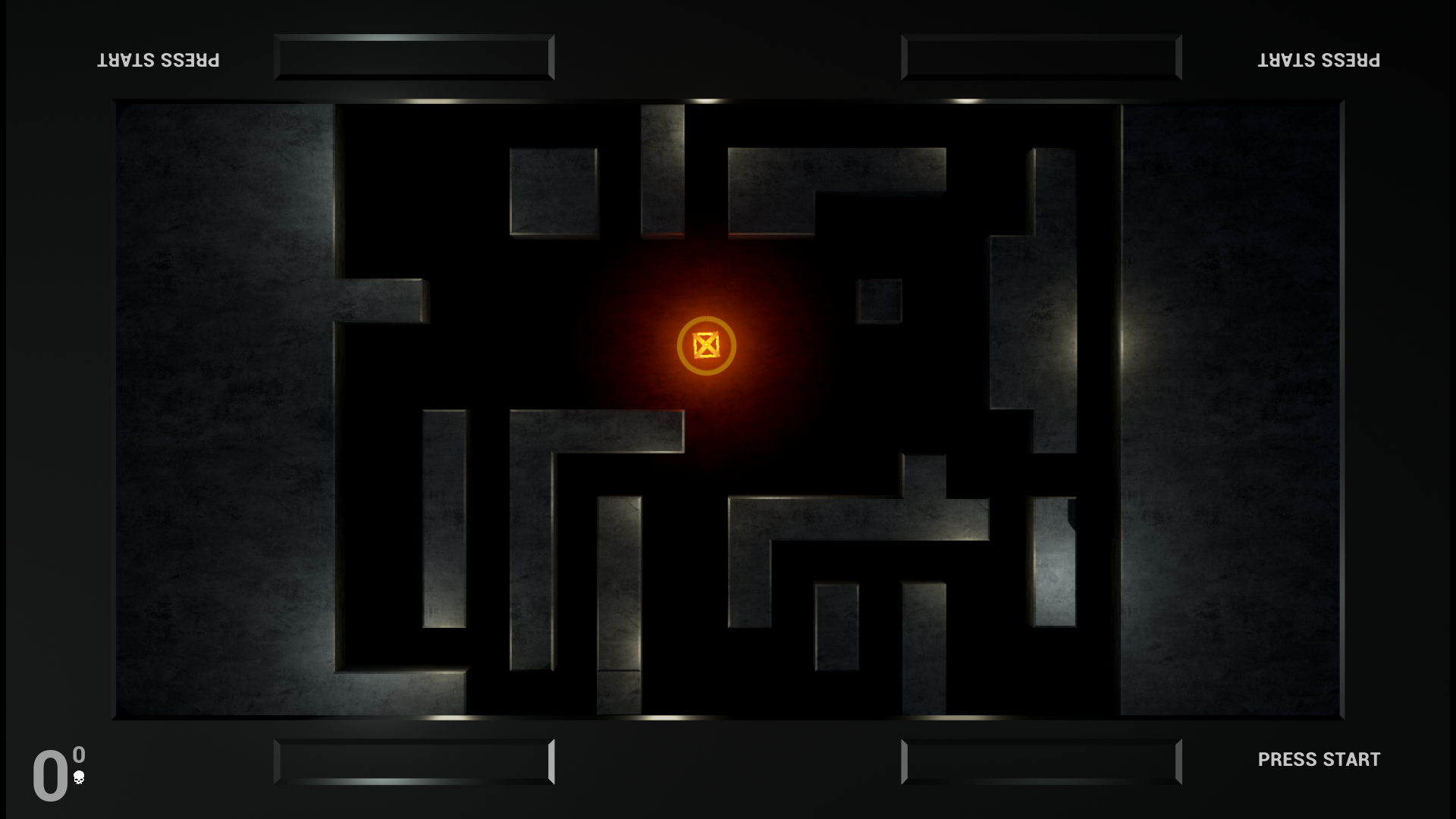 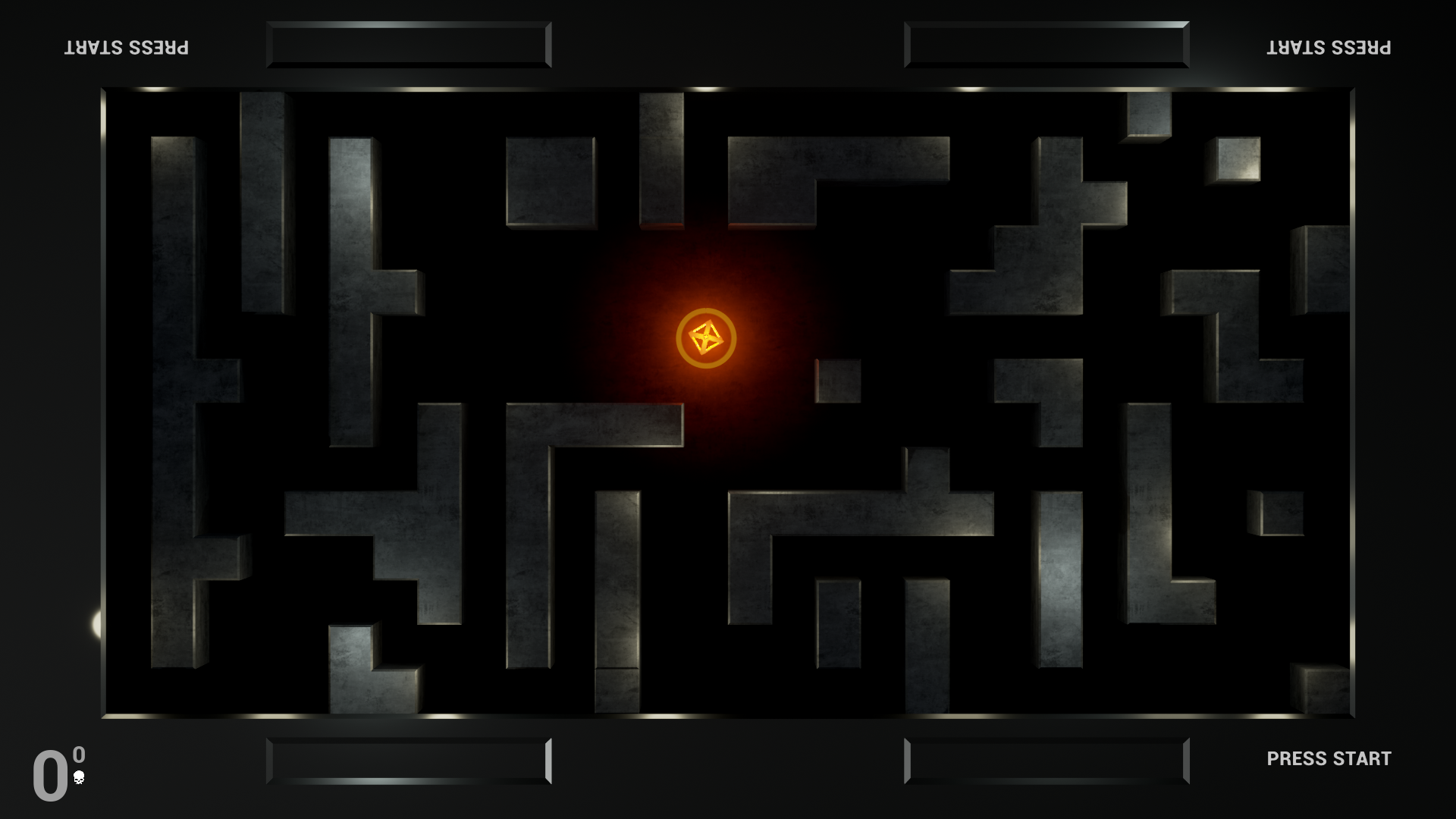 Another objective we have, graphically speaking, is to get rid of as much UI as we can. It breaks the immersion and the feeling of “playing a real board game” that we are striving for. We replaced timers in the lobby and in-game with circular indicators, integrated within the levels.

In the lobby for instance, at one point players must all hold B to reveal themselves for 3 seconds. Here’s what this timer looks like now:

In game, we had a UI element showing the remaining time for a player to score. This had several issues:

We replaced it with a circular bar, taking the color of the player carrying the gold. The result is:

There’s still a bit of UI in the game (the scores), which we’ll get rid of hopefully in the next version.

On November 5-6, we showcased the game at a festival in Martigny (Switzerland), the GamesFest. That was another opportunity for us to connect with people and get hands-on first impressions of the game. 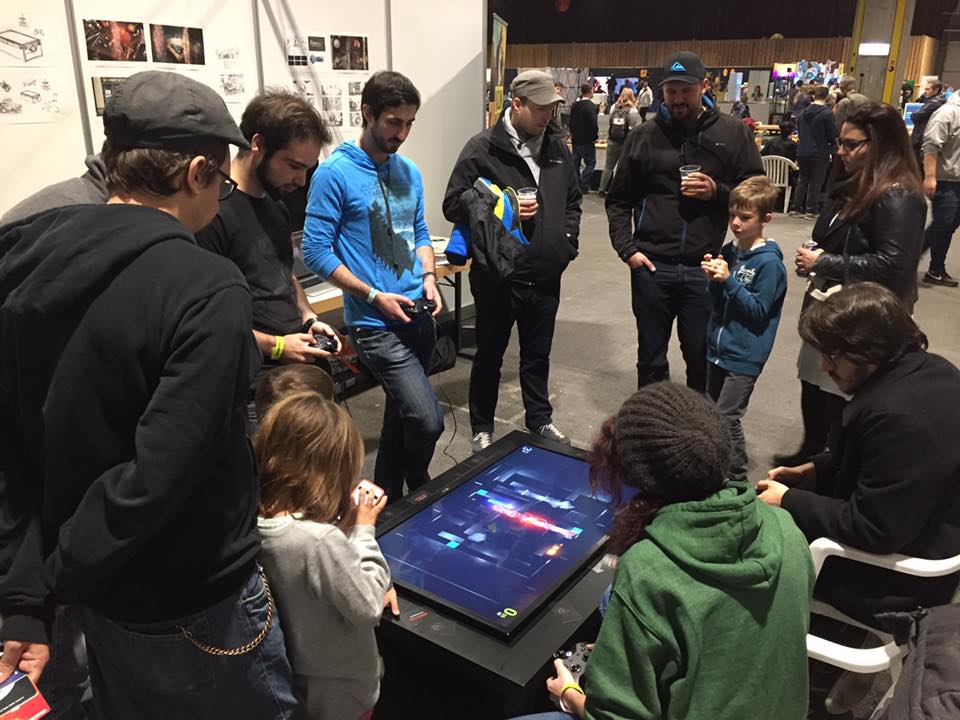 The overall feedback was very positive, always good for the motivation ! We had a ton of new and fresh ideas, the “flat” setup we have (with a screen laying flat on a table) was a really good hook for people. We can’t wait to build a stronger setup (our IKEA table will certainly not withstand another festival). Our artist has already made visuals with what we plan on building: 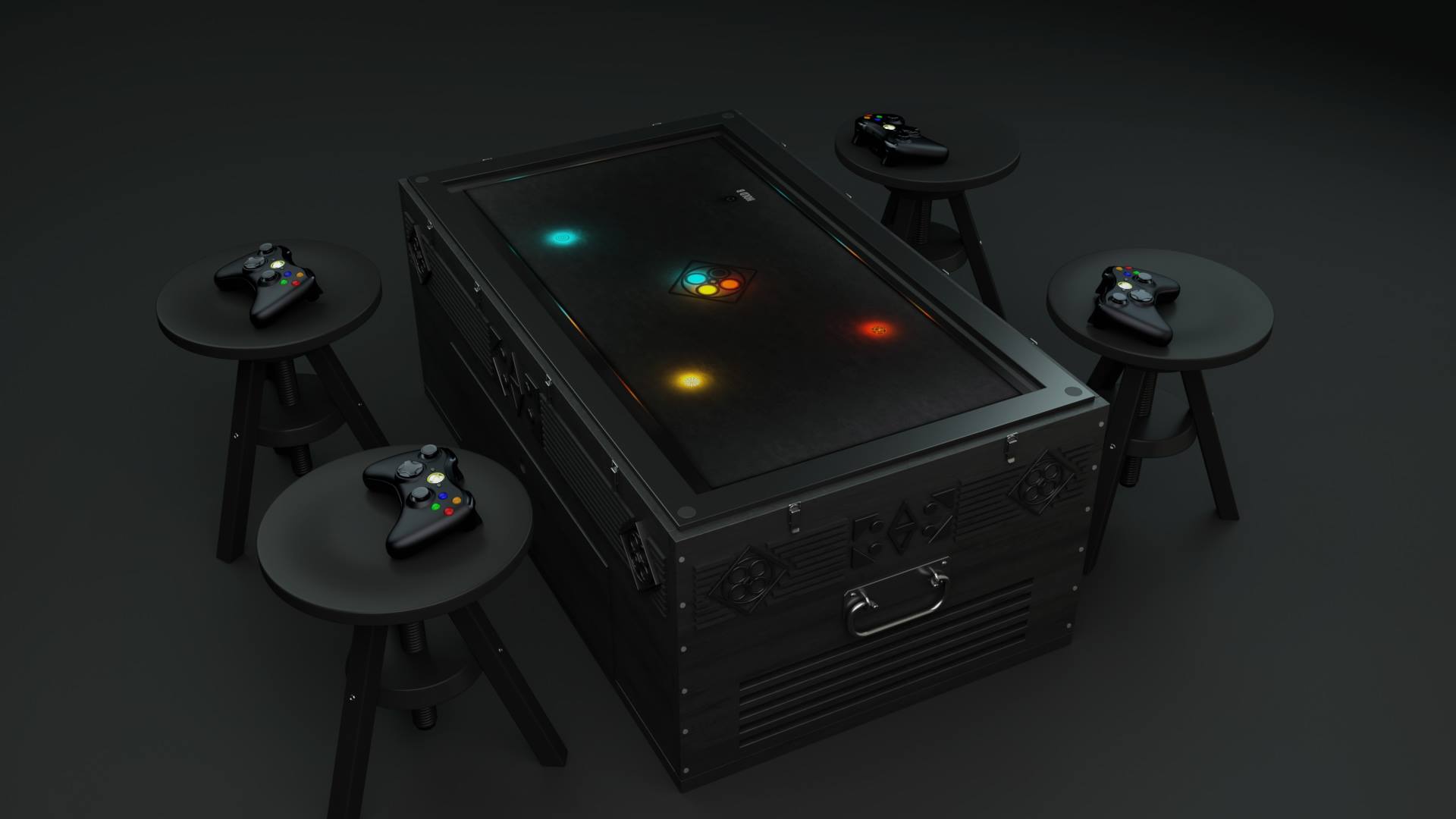 An interesting graphical tweak we did after the festival was related to the implicit rule that “your attack discharges when you use it; once empty, it has no effect”. Visually, we represent that with the attack trails’ sprites scaling down to a size of 0. However the rest of the trail is still too strong visually, and players did not understand that. We significantly reduced the visual effect of an empty attack’s trail, in hope that players immediately understand that rule. I found it interesting: explaining one of the rules of the game through visual effects.

We tried to tweak the lobby again so that we have the clearest, but also the smallest, steps to introduce people to play the game. For this, festivals like the GamesFest are a great experience because they allow us to judge how players approach the game when we’re not telling them how to play it. Also, keeping a distance while watching players take the controllers, go through the tutorial and play the game is a truly terrifying experience. But it lets us understand where the game fails to communicate its mechanics. For instance, on saturday, the lobby consisted of the following steps:

We identified some flaws with this tutorial. Notably:

Because we’d like people to understand the game by themselves when we’re at festivals (to leave us more time for beer), on the night between the festival’s two days, I rewamped the lobby with the following steps:

Here’s a screenshot of each step (note that some texts are reversed because the game was in “flat” mode. 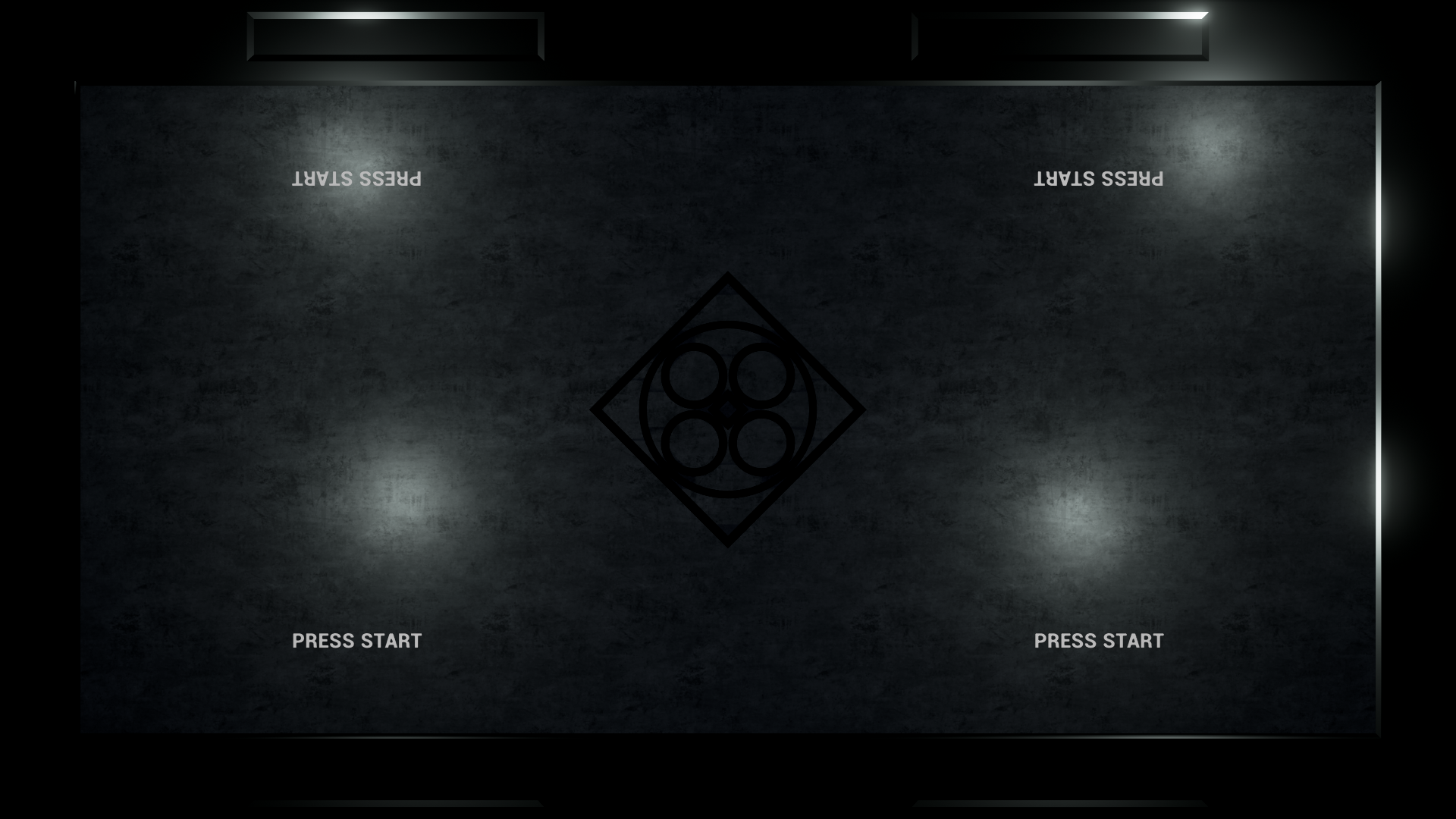 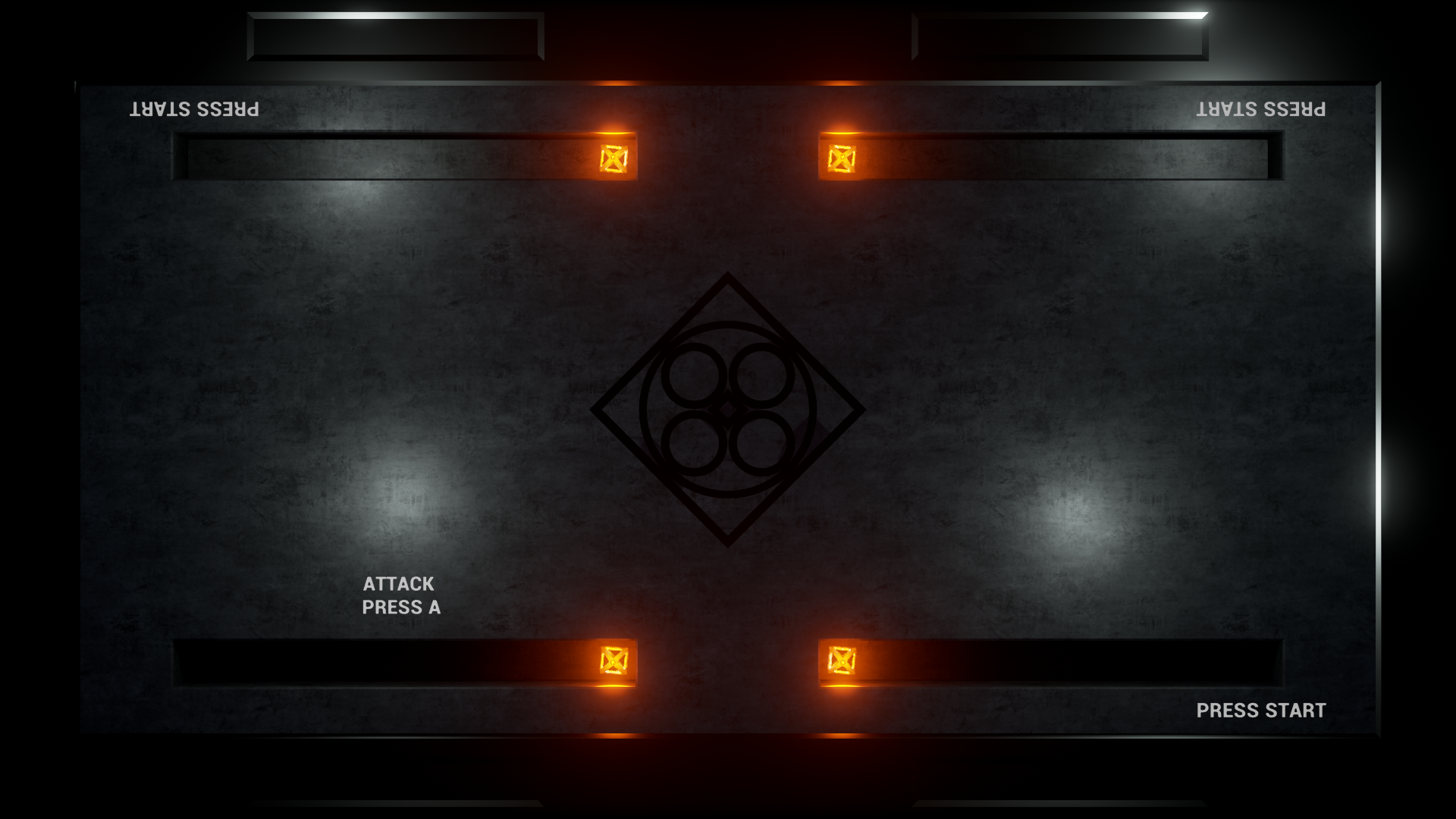 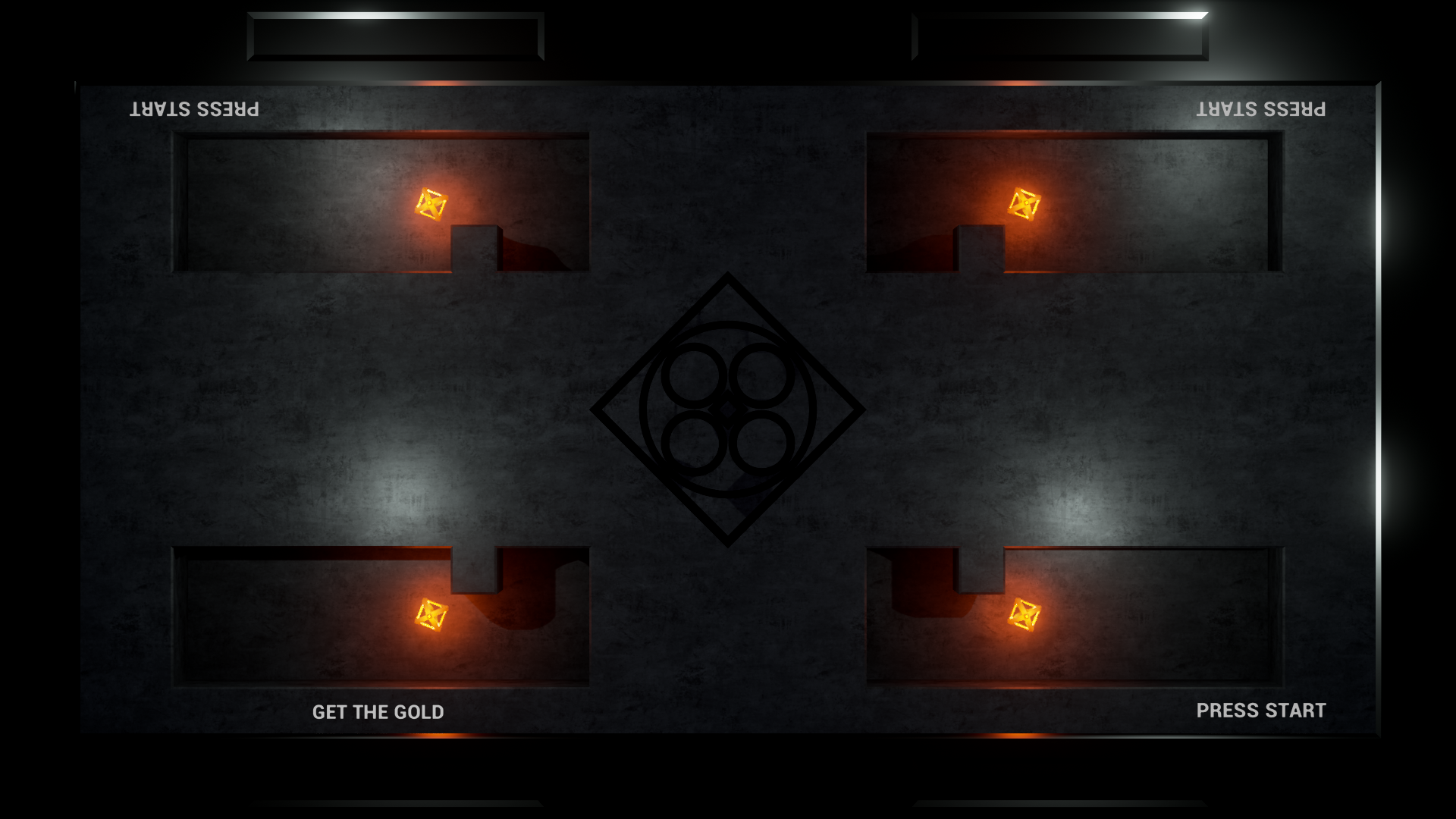 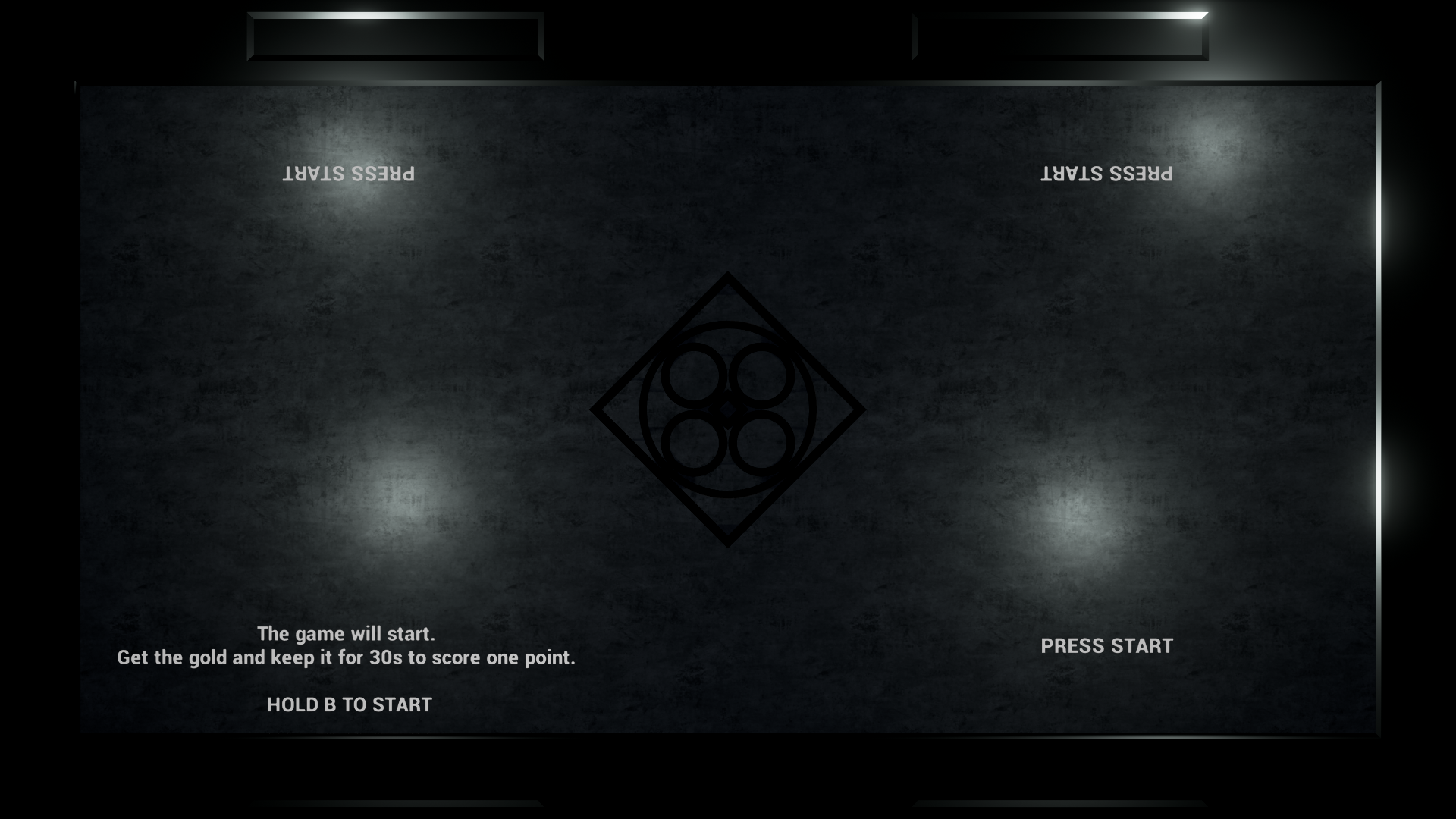 Learning Unreal’s networking and replication engine was a ton of fun. It gave me the opportunity to rewrite a lot of my code to better play with the engine. /s

The spectator mode mostly adds the possibility to see the players when they are hidden. Pressing a key toggles the vision mode. Here’s what it looks like in action (left: the game view, right: the spectator view):

In the team, we have no doubt that we’ll want to have an exclusive release on one of the big platforms (i.e. steam, xbox one, or ps4). We’re still pondering on which, though. This will depend upon two factors:

I must say that I have a personal preference towards Xbox One, because I own one and have been an xbox player forever. So (as I’ve already said), I’ll try and get an Xbox one build running soon. We’ve just submitted the concept to ID@Xbox, so we’ll see where this goes.

We have the goal to host an Everblind tournament in a pub in Switzerland. We’ll bring the box with the game and 3d-printed gold artifacts that the winners will take home.

Watch us on indiedb to get the latest updates, and on twitter @everblindgame or on Facebook.com. Share the love !

See you all next time,