It's been awhile since my last post. The game is still being actively worked on, but my time to post has been limited. (work requests, part time job, etc...) I have been working hard on refining the demo. Smoothing out any minor issues, optimizing, small additions, and the final bits I have been putting off.

On major update is the addition of a minimap. The minimap helps a bunch with gameplay navigation, for it gives the player a bit more to view of the level area. At the moment it's just a map, and lets you know your placement. It can be turned on and off during gameplay by pressing “M” on the keyboard.

The minimap is pretty simple in terms of usage and execution. I exported my level tilemaps via Tiled as images. I then recolored and scaled them onto a sprite strip in Photoshop. Level tilemaps are 6016 x 6016 and the scaling of the minimap is 16X smaller. (376x376) Each level of the game corresponds to a specific frame of the minimap sprite animation. I'm pleased with the results.. It's pretty lightweight and efficient for it's purpose. :)

I put off the story and story art due to changes in direction of the game since day one. I didn't want to have to re-create story elements as the game evolved. With that said the game is at the point where the story and gameplay are pretty well set. I had been mulling over ideas for the story all along, and recently created the story board to help aid with the layout and structure of the story. 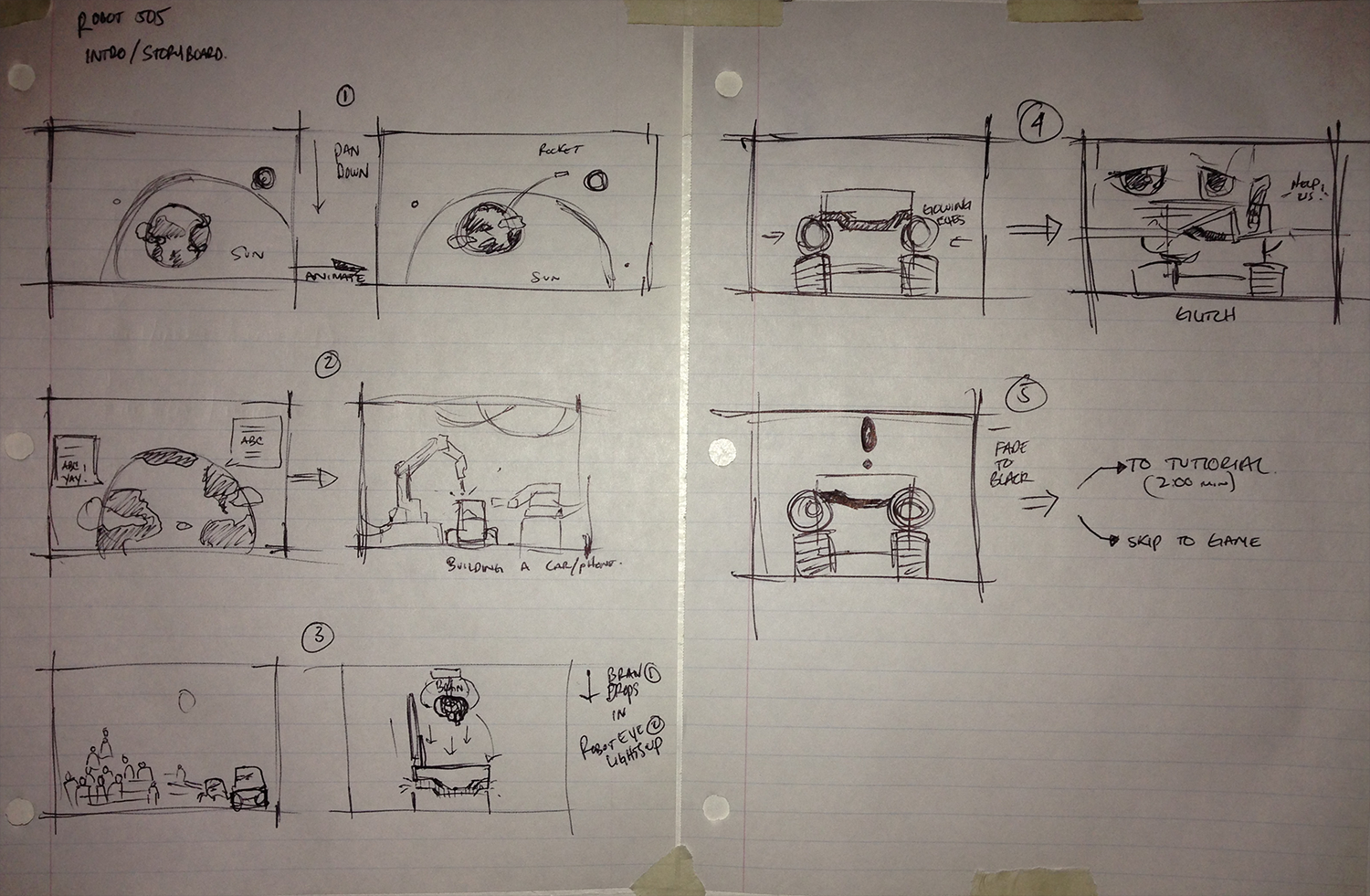 I haven't put the actual story text into the demo as of yet. I'm holding off for the “Official Demo Release” which I plan to have done within the next 20-30 days. Though, most of the artwork and layout of the story is in place. (aside from some fun animations :) )

I'm severely struggling in this department. The biggest gripe from users is controls. I recently updated keyboard controls to WASD and moved the action keys to the opposite side of the keyboard “N,J,K, and L” to help with this... but it seems it's still an issue. I don't play a lot of games with my keyboard, aside from EVE or like first person shooters where WASD and a mouse are key. I developed the game with a controller in mind. It's just way easier considering I wanted the game to feel like an old retro console game.

My only other option is, implementing configurable keyboard controls... Accessible from the start / options screen. I am taking any feedback in this department. If there is a better setup for keyboard controls – I'm all ears.

I was recently approached by Mozilla about bringing Robot 505 to their Firefox desktop app marketplace. Seems the people over at Mozilla really dig Robot 505, which is awesome! It's a neat opportunity to see what kind of traction the game will get when placed on a marketplace with 300+ million users. I'm a tad excited and overwhelmed – for it means I actually have to finish the game ;) Considering this is my first real game that people actually play... The pressure is on. Plus it's given me an added boost of motivation, along with helping me decide on the things in game I was unsure about. What stays, what's a good feature, and what could be added to increase gamer experience.

That's it for now. Stay tuned for their will many updates to follow as I nail down the Official Demo Release.

Congrats on being approached by Mozilla. To be honest I don't really know how big that is, but it seems pretty friggen big and awesome :)

Thanks! I honestly don't know if it's a big deal or not either.. This is all very new to me ;)