This devlog is about how the campaign AI can interact with the world, and the player.

Devlog #9 Deep-dive into the mind of the invasion 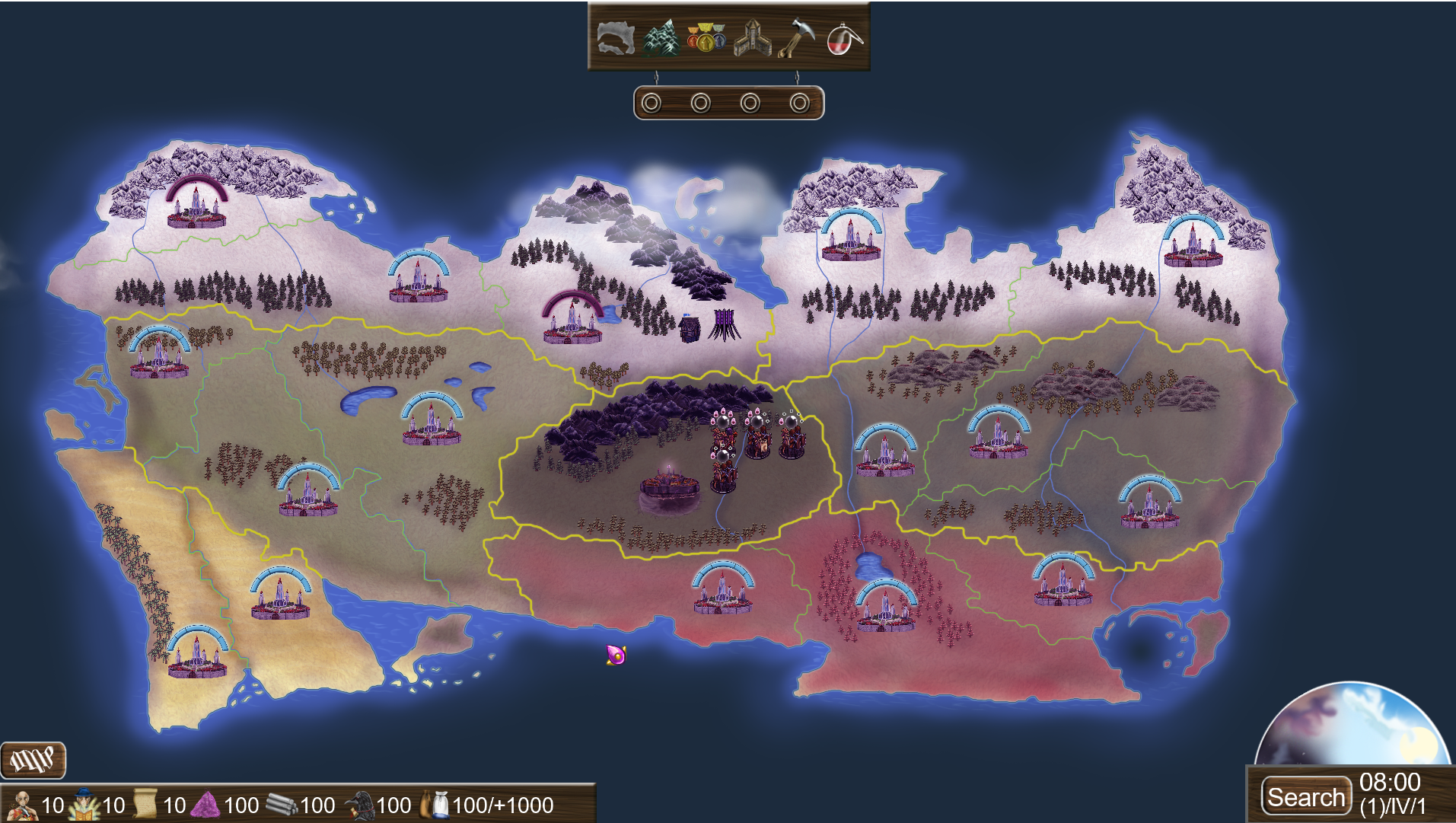 Hello everyone! In the previous devlog laid down the goals of my design on the campaign, and now I would like to show you where these goals led me, and what will be the player up against in their fight for freedom!

The heart of the invasion forces, the armies:

The most important thing the AI has to change the game state is their armies. They all start in their headquarters at the start of the month, and as the month progresses, they are all going to conduct different types of missions. Take a closer look at one of them:

There are 5 small orbs and 1 big orb floating above every army. The 5 orbs represent the army level. The more orbs are burning, the higher its level. You can think of an army level as difficulty, as it describes how hard the mission will be if the player tries to counter that army. The big orb job is just to show if the army was successful (purple) or not (red) in its mission, plus it can be shattered if the army is damaged. Under the orbs, you can see the 3 squadron leaders which represents the type of enemies you can encounter if you counter this army. This largely depends on the enemy science level and the army difficulty level.

The primary conflict zones, the missions:

Armies conduct missions on territories depending on their planning at the start of the month. The AI takes into account the current game state, for example, how much supply it has, what its progress on their agenda goal, and updates how dangerous it thinks the player is. Common mission types :

Other missions which they will only do if they feel threatened:

- Terror mission: This mission cost supply for the invaders. This mission has a big impact on the loyalty of the territory, but the exact size of the impact will depend on how many people the player can save.
- Destroy information network: This mission aims at the player spy network. If the player does not counter it, they lose their spy network. The player can counter these missions which are being conducted by the armies if they detected them, and that leads to the tactical portion of the game.

-The player can build spy networks (left) that increased the detection rate of enemy missions to 100% on the territory they are built, plus gives a bonus to the passive detection chance for every other territory in the region.

-The enemy can build bases (right) on a 0 loyalty territory at the end of the month. This cost supply for them locks the territory down (so they can't conduct missions there) but they will gain passive income. Plus the player will have to destroy the base if they want to liberate the territory.

Science, the wheel of progress:

One important aspect which I have not yet talked about is science. The enemy has a small passive science income, and it will prioritize it if it deems the player too dangerous. Science level primarily affects 2 things. For one, it affects how many armies it can field, and at what level. The other one is the actual squadrons which you can meet on tactical combat. For that, we have a handy screen for the player to always see and check the possible enemies: 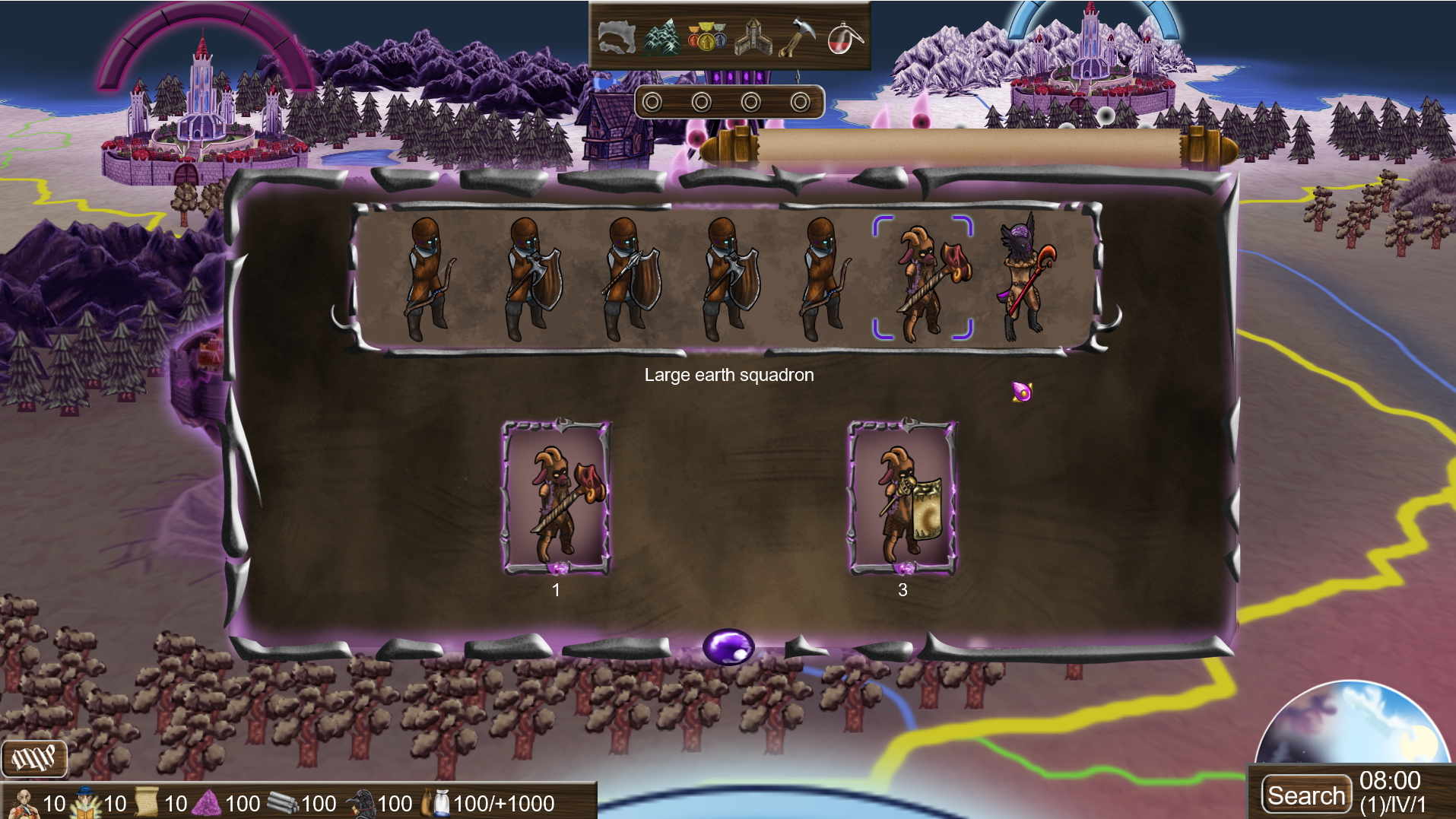 There are 7 squadrons on the screen. When the enemy reaches a new science level, a new squadron will arrive from the right and pushes all other squadron downs 1 step. The army composition depends on the position on this line. For example, against a level 1 army, you can meet with the leftmost 3 squadrons. In practice, this means as science increases, new harder squadrons appear in the high-level armies, and the low-level armies will "inherit" the pushed-off squadrons. So the player will have ample time to prepare for new squadrons arriving if he fights against the lower-middle armies.

The enemy science screen goal is to make it clear for the player what he is up against, so you can check out the squad's composition, and individual unit statistics as well: 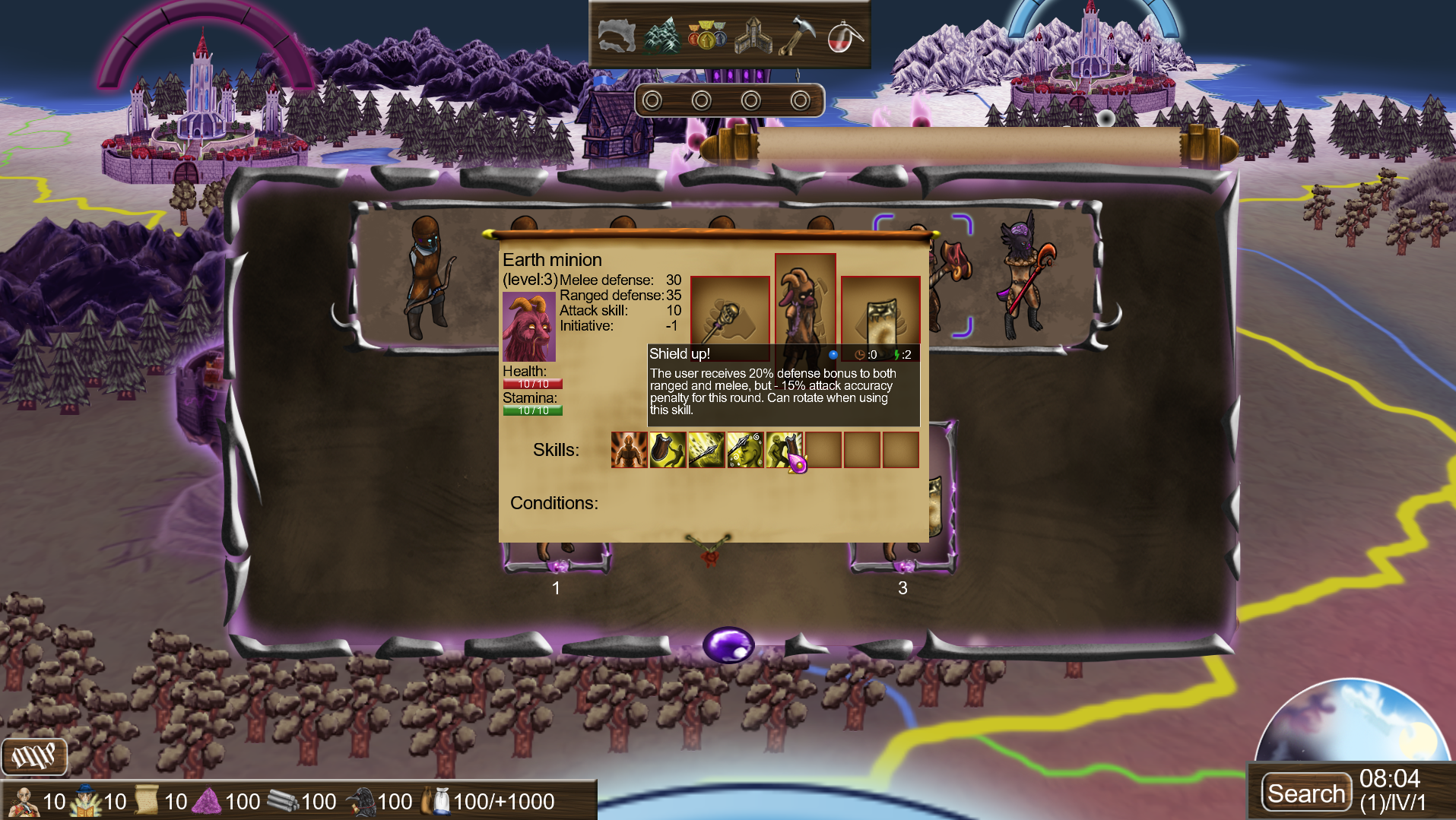 So that's it for today's dev diary. If you are interested you can wishlist the game on Steam here, and see you in the next one!