We all agree that 2020 was special in one way or another. Nevertheless, I made some progress with Shardpunk throughout the year, and I'd like to review the ways game evolved during that time.

I first implemented that feature at the beginning of 2020. Every combat level is put together from predefined pieces to achieve a quasi-random nature.

Some of the level visuals are then randomly placed (lights, wall/floor decoration) to make it look even more unique:

Later on, I expanded this mechanism to handle closed locations (e.g. sewers) - I had to make sure that such levels are passable from start to the end, so proper level metadata had to be added.

This went through a total overhaul during 2020. It started as an airship management thing (as back then the idea was that your team would be drifting above the destroyed Capitol in an airship), with production slots and other stuff: 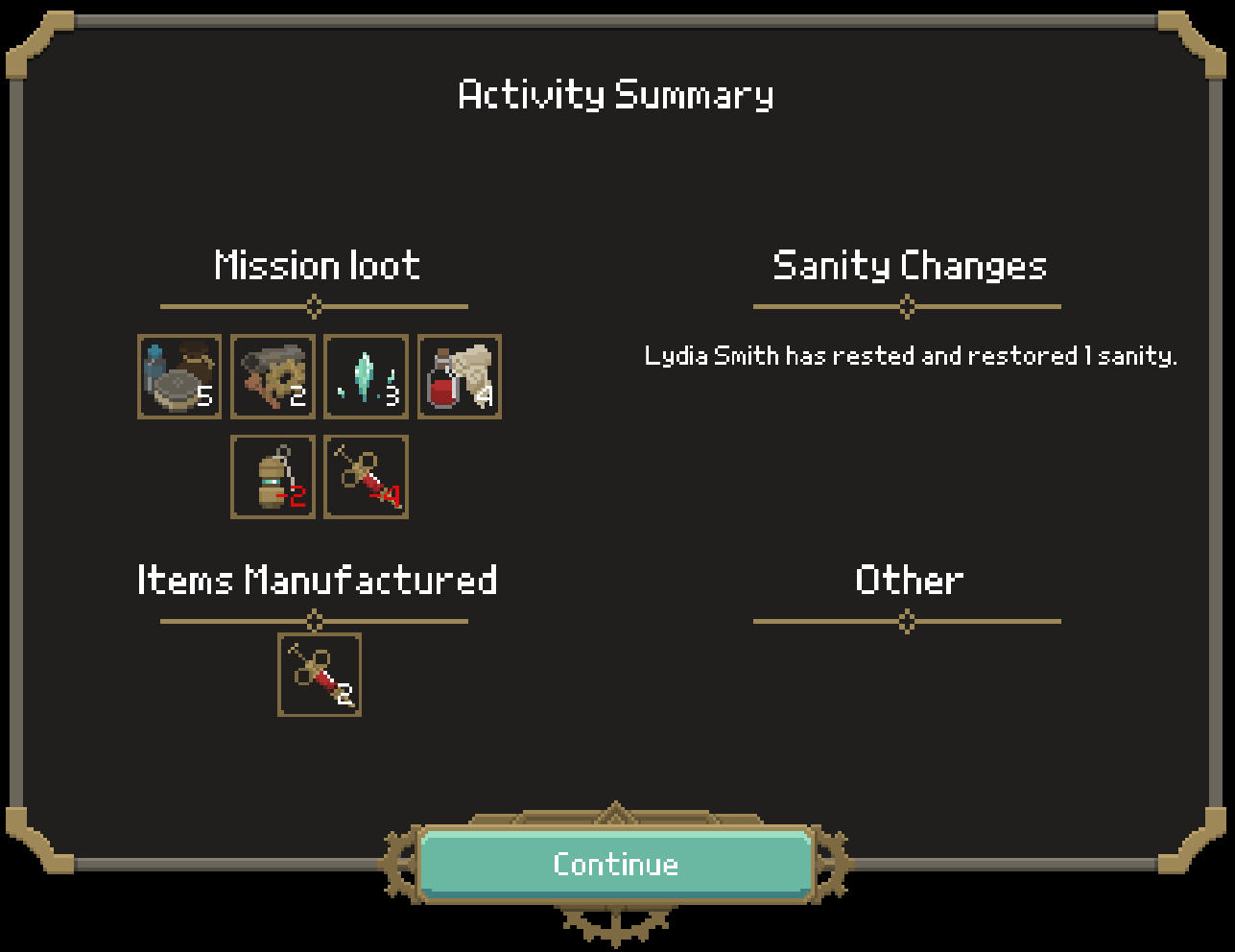 This approach had few major issues (too heavy UI, not supporting the "hopeless" vibe of the game) so I changed it to a shelter layer. Here's the latest shot: 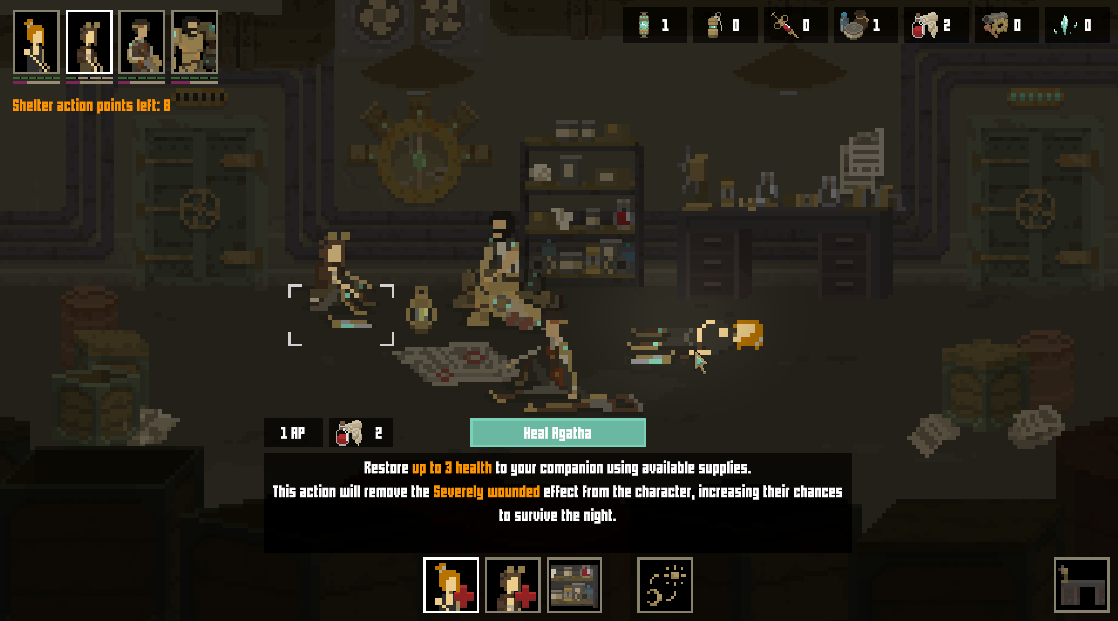 Note that there is a common action points pool on this screenshot instead of individual ones.
I am testing this approach right now.

This is strictly bound to available character types and I will surely write more about it in a separate entry. Long story short, I was experimenting with different approaches to leveling and I believe I will go with a similar approach that Pathway game had (number of unique characters, each having unique skills).

I'm fond of simplifying the inventory management phase and getting rid of the encumbrance mechanism that allowed me to reduce this bulky UI: 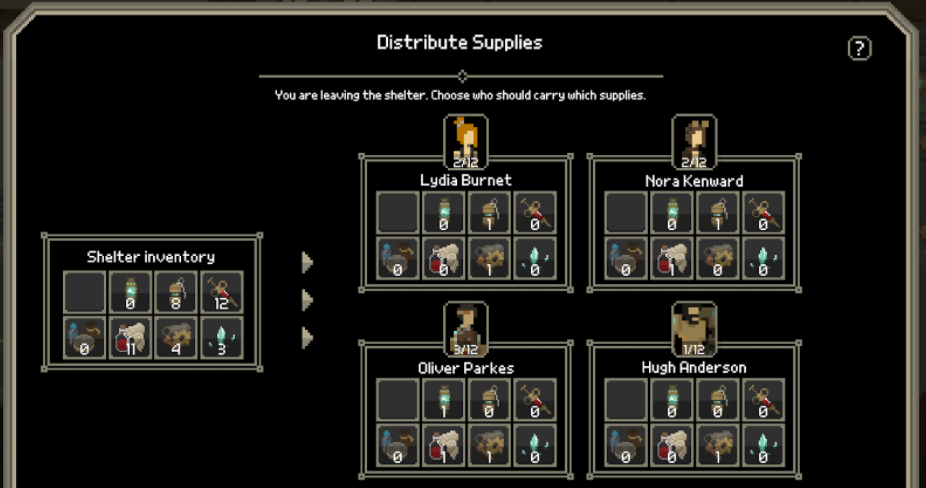 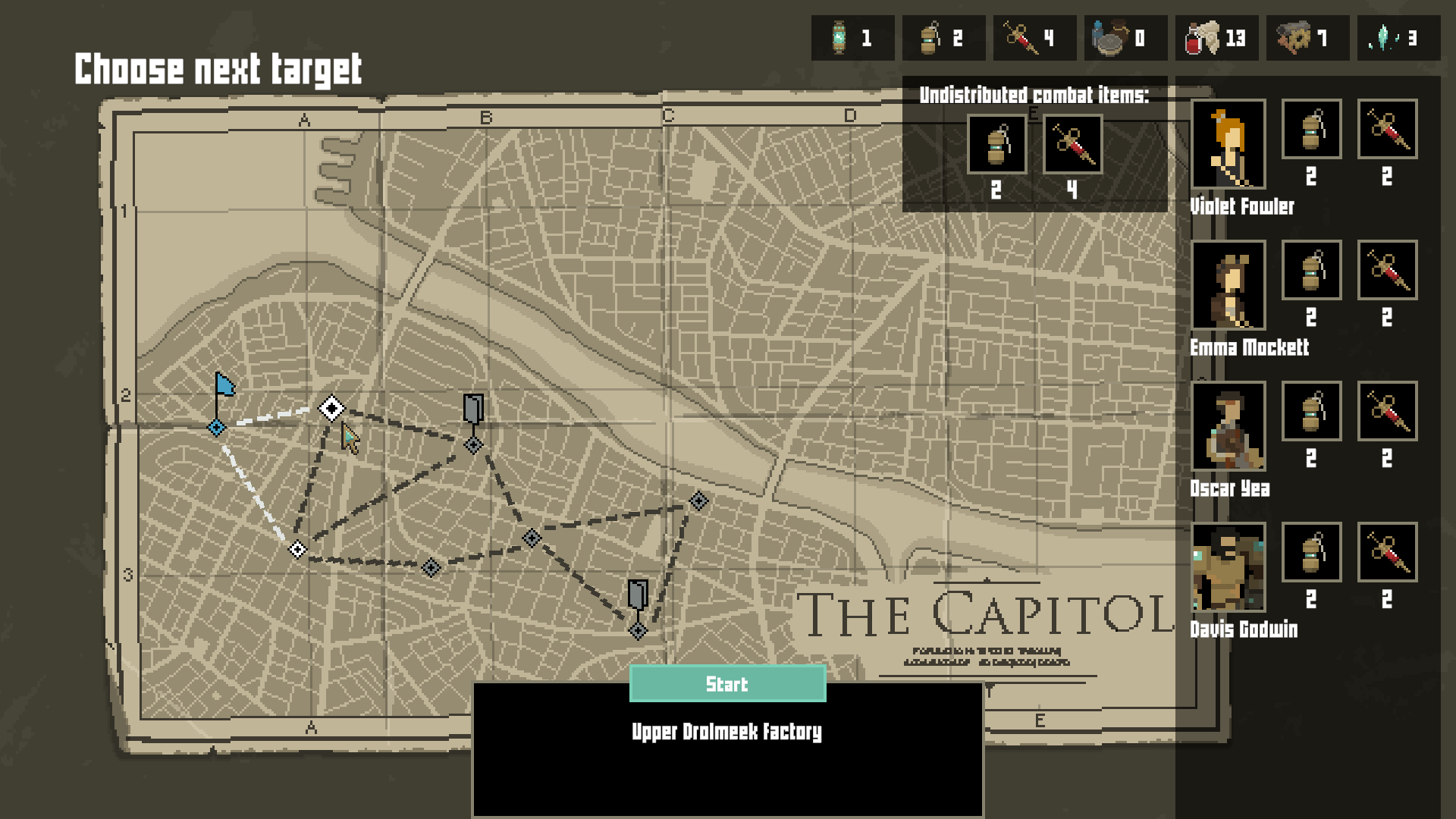 This is the thing that - when finished - will make the core gameplay loop complete. It is already possible to enter shelters, selecting the next mission, gathering resources and crafting some basic combat items (grenades, stimpaks). There's no final chapter mission present yet, but there is enough stuff available to test whether the gameplay loop is finished.

The development in 2020 progressed in a similar way to 2019 - using an iterative approach and trial-and-error way of choosing which feature is fun and which isn't. There were two demos released, both of which provided me with valuable feedback on the game.

The main thing that was different in 2020 was the development speed in November, as I temporarily made Shardpunk my full-time job during that month. This allowed me to do some significant progress AND helped me to create a development plan for the rest of the game.

Does it mean I have a clear roadmap for Shardpunk? Well, kind of. We all know that planning in software development can be difficult. Too many moving parts, too many situations in which you need to get back to the drawing board and rethink something.

Was the roadmap helpful in some way? I believe so! I made some nice progress with finding a publisher; nothing is official yet, but do give me a month or so and hopefully I'll be able to share some nice information with you.

I wish you all the best in this new year! Take care!