In this issue, we’ll wrap up the summary of changes teased in Devlog #3. You will learn how to get rich or die tryin’ while establishing Trade Routes with other settlements. Also, discover if the refined path texture is the right type of catwalk for a human wearing new clothing. No worries, you’ll get it by the time you finish this read. 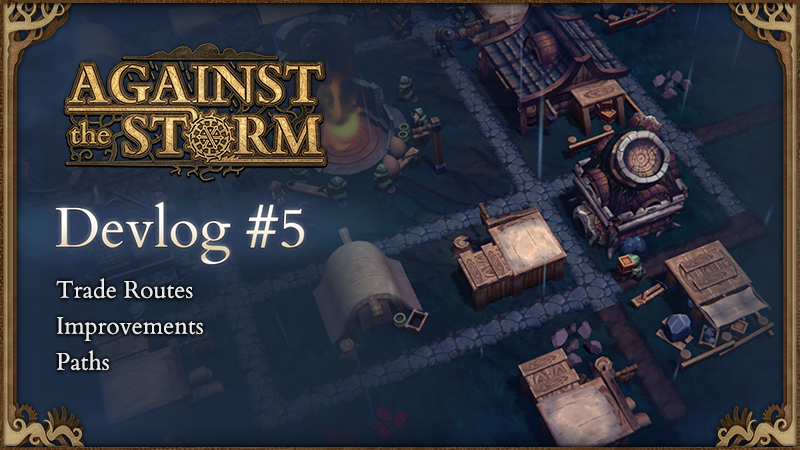 In this issue, we’ll wrap up the summary of changes teased in Devlog #3. You will learn how to get rich or die tryin’ while establishing Trade Routes with other settlements. Also, discover if the refined path texture is the right type of catwalk for a human wearing new clothing. No worries, you’ll get it by the time you finish this read.

IMPORTANT: Everything you’re about to see and read is a work in progress art and design. It consists of some “Developer art” or early ideas and does not represent the final quality of the game.

If you succeed in a City Builder Layer game (you can learn more about game layers in Devlog #3), a new settlement will appear on the map, allowing you to establish a trade route with it during subsequent runs.

A special World Map panel will be available during the City Builder Layer game. There you can choose and establish the desired Relations - like perks or permanent trading options for which you pay. The fees are usually periodic and the perks or resource deliveries last as long as you can afford them or until you cancel them. 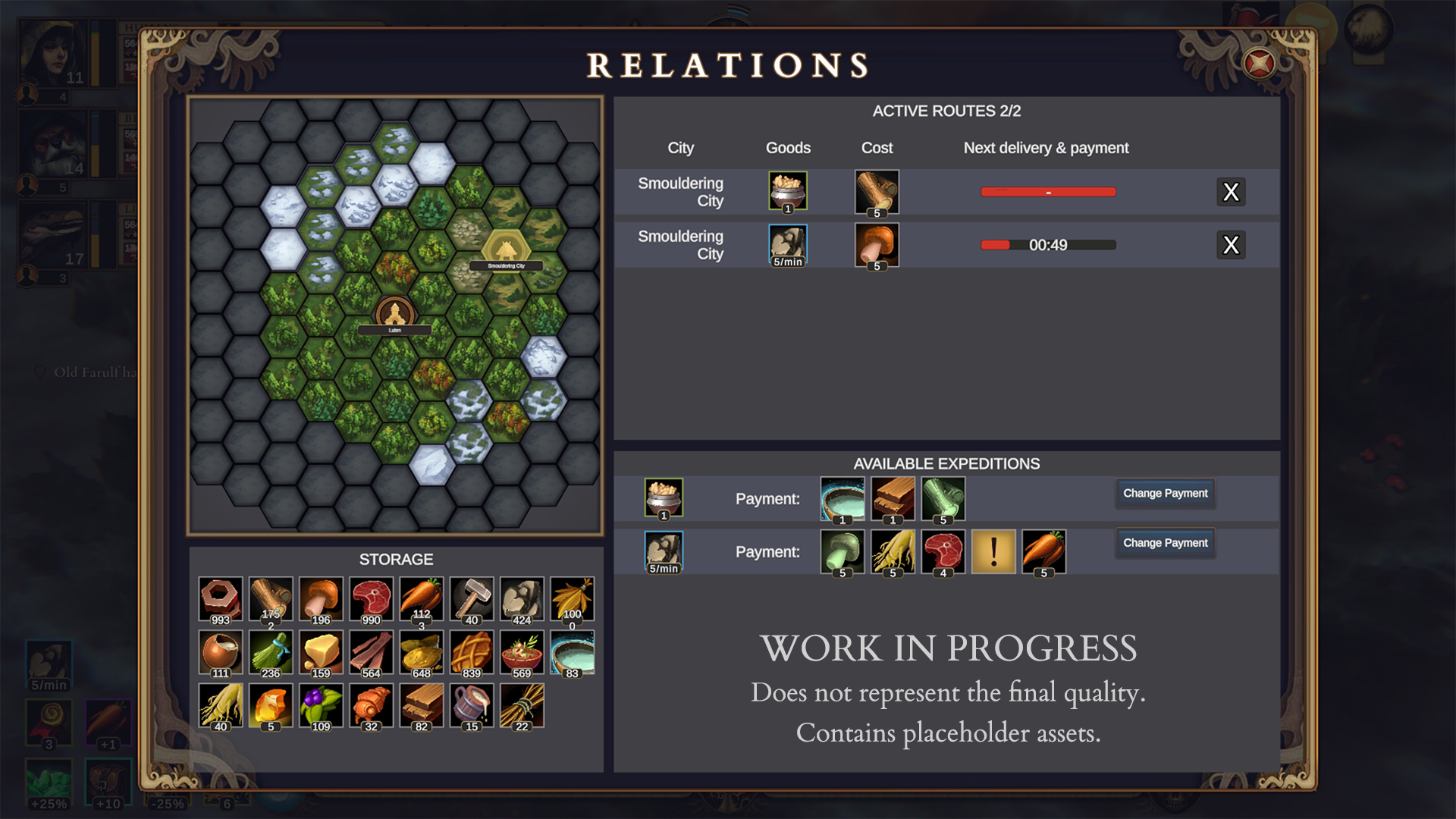 Selecting the Relations icon will open a barter window where you declare how will you pay for a given Relation. Relation’s costs are given in simplified categories, e.g. "food", "building materials", but also "any".

And if you want to improve your Relations with developers of Against the Storm, please consider following the game on Steam and adding it to your wishlists. It helps us greatly!

Now that we’re past this immodest request, let’s get back to the in-game Relations.

The character of the settlement defines what bonuses it will offer to other future settlements. For now, it depends on 2 factors:

Each biome (you can learn about the new Marshlands biome in Devlog #4) will give you one or more types of Relations. Certainly, the same Relations can be available on several types of biomes (e.g. a jungle and a Royal Woodlands will offer Relations related to wood, but the jungle will also give a food-related bonus). All Relation types are available in all city sizes, but larger cities also offer enhanced Relations.

Some time ago, we asked you for feedback regarding the new female Human worker model.

With your advice, we improved the model. Here’s the result: 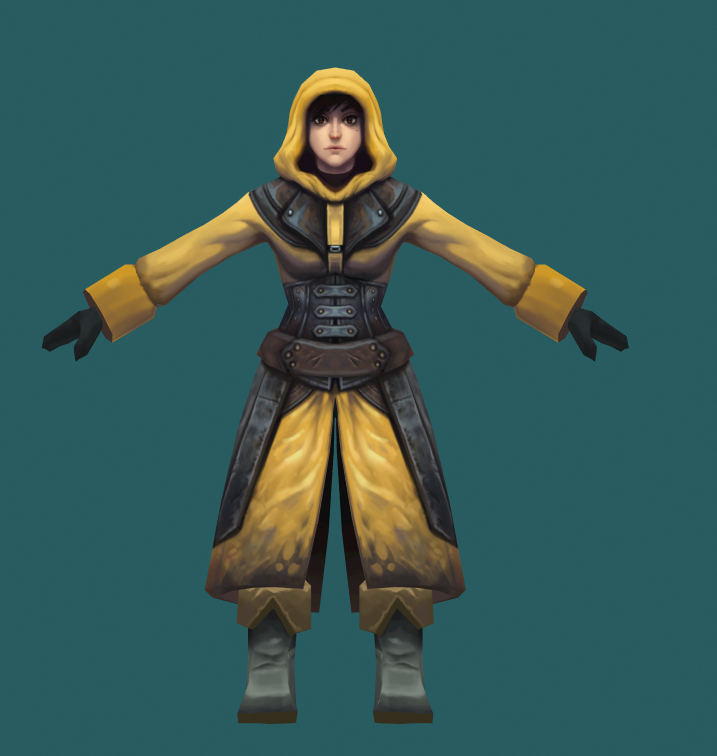 Better not mess with her!

Last but not least, we tweaked the existing paths in the game, so that they look better and blend more naturally with the environment. They can also be conveniently upgraded. You can “draw” a new path over the lower-quality one to upgrade it (without manually removing the old path). 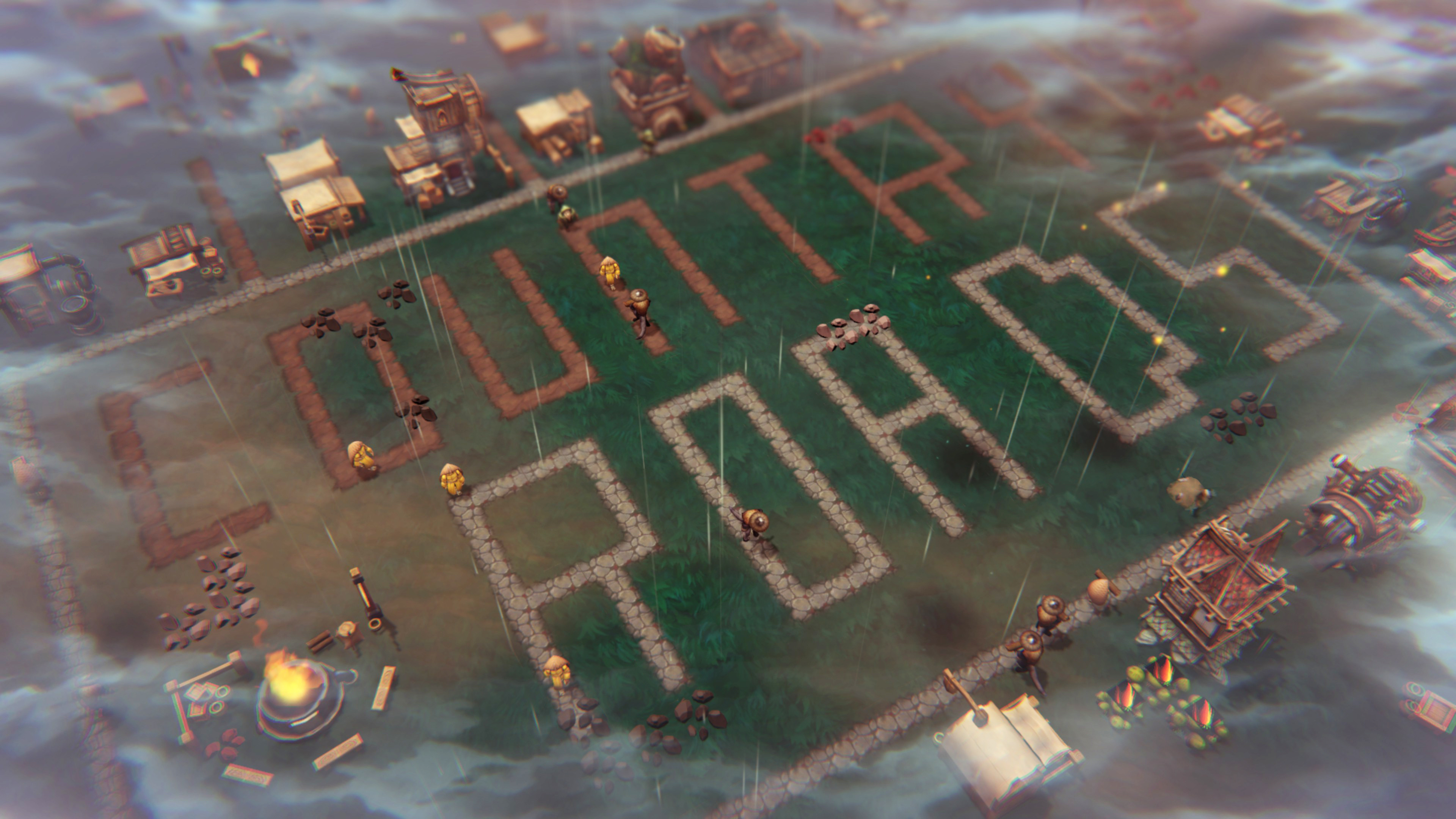 Time for your feedback

How do you like the features and improvements? Let us know in the comments or head to our Discord server and chat with us and other players.

And if you like the game and the direction in which it’s heading, then don’t forget to add it to your Steam wishlist.

May the storm be gentle on you.
Eremite Games

Join other villagers on our official channels: