Hi there, another month has passed, so we are bringing some new information how the development goes.

Posted by gamers4gamersteam on Dec 6th, 2017 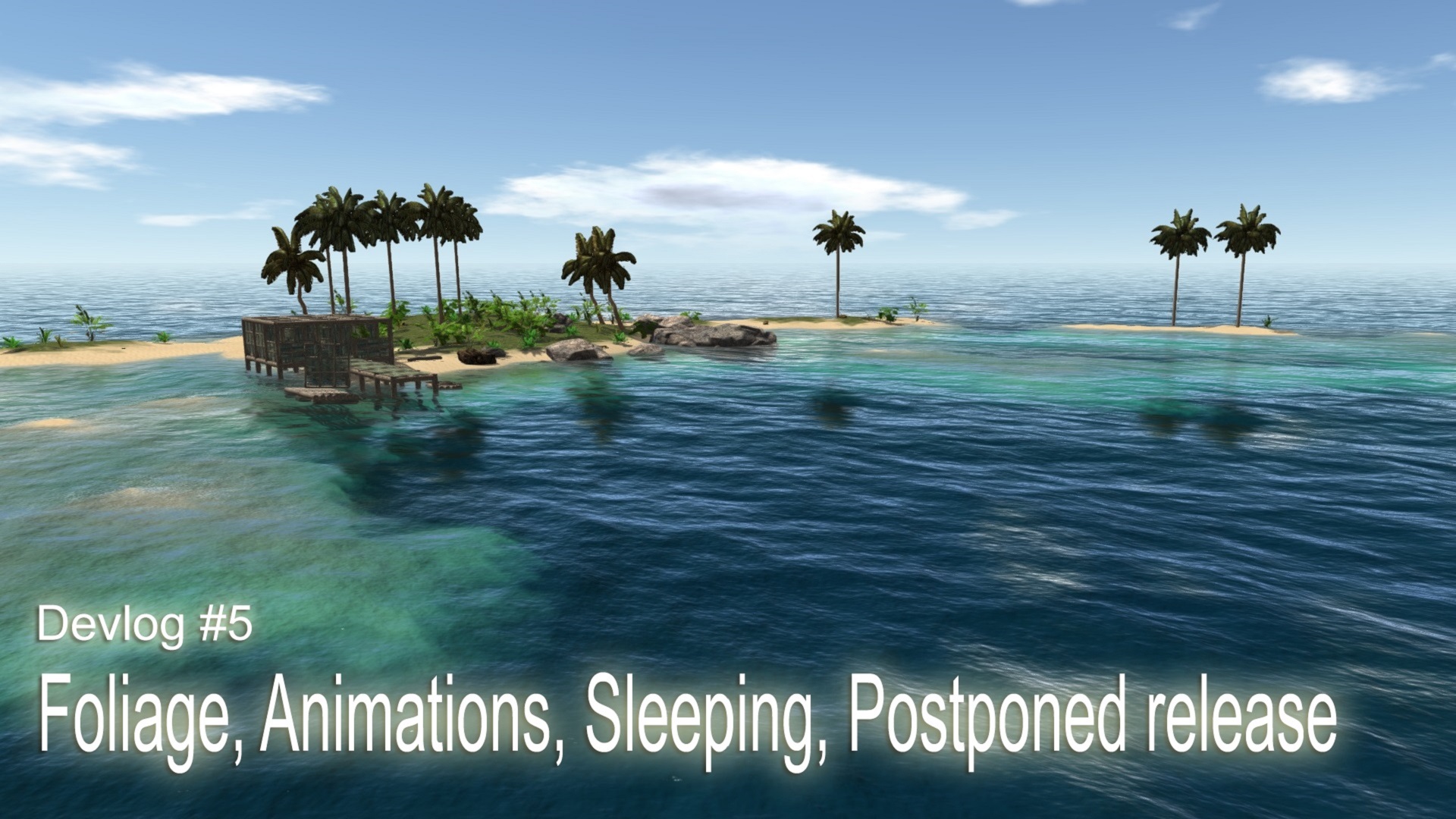 another month has passed, so we are bringing some new information how the development goes.

We have finished our WaterWorld system (stage 1). It still has not the quality we want to see in the final product, but in its actual state (in our opinion) already tops many other island based survival games' ocean systems. 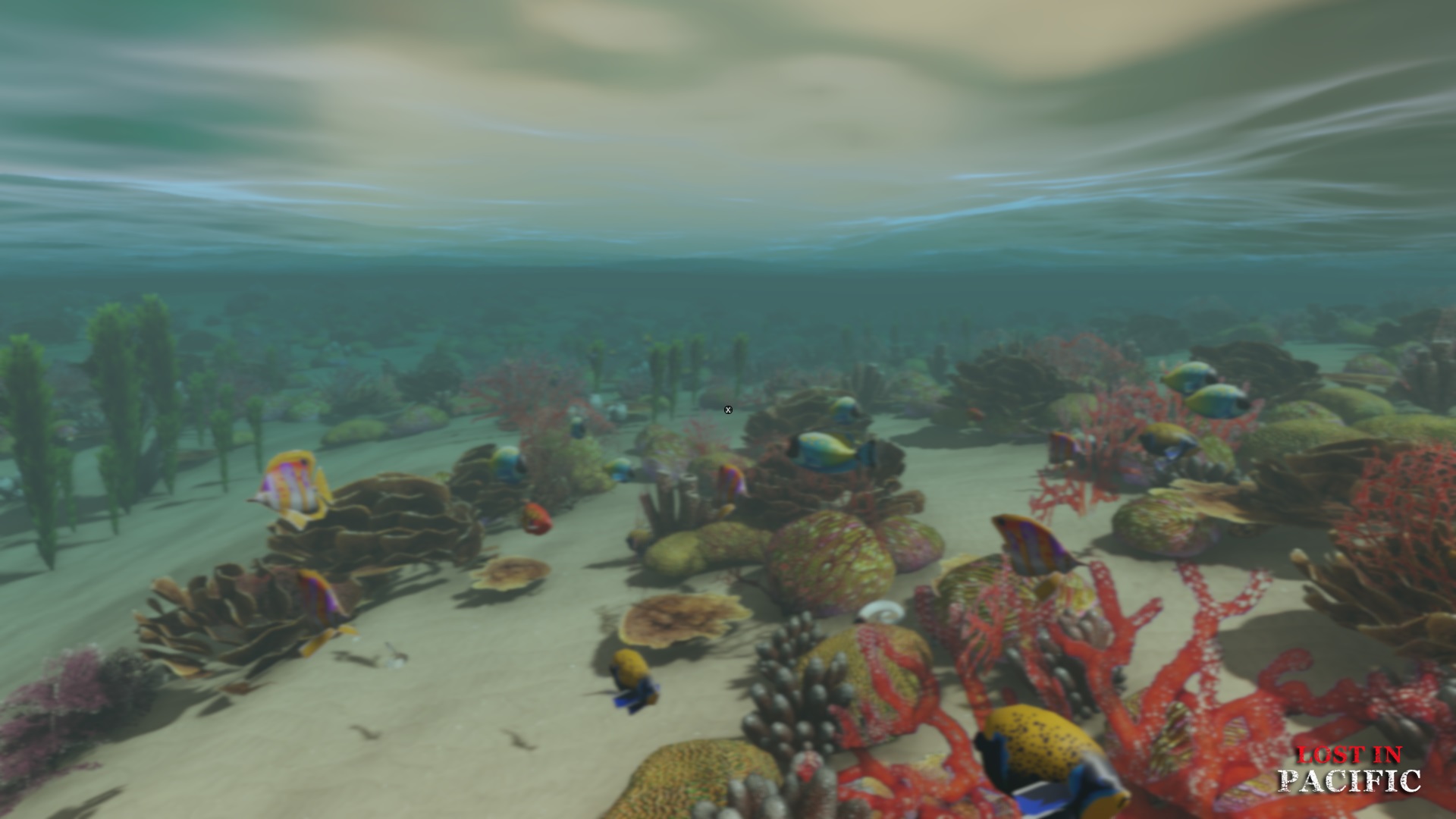 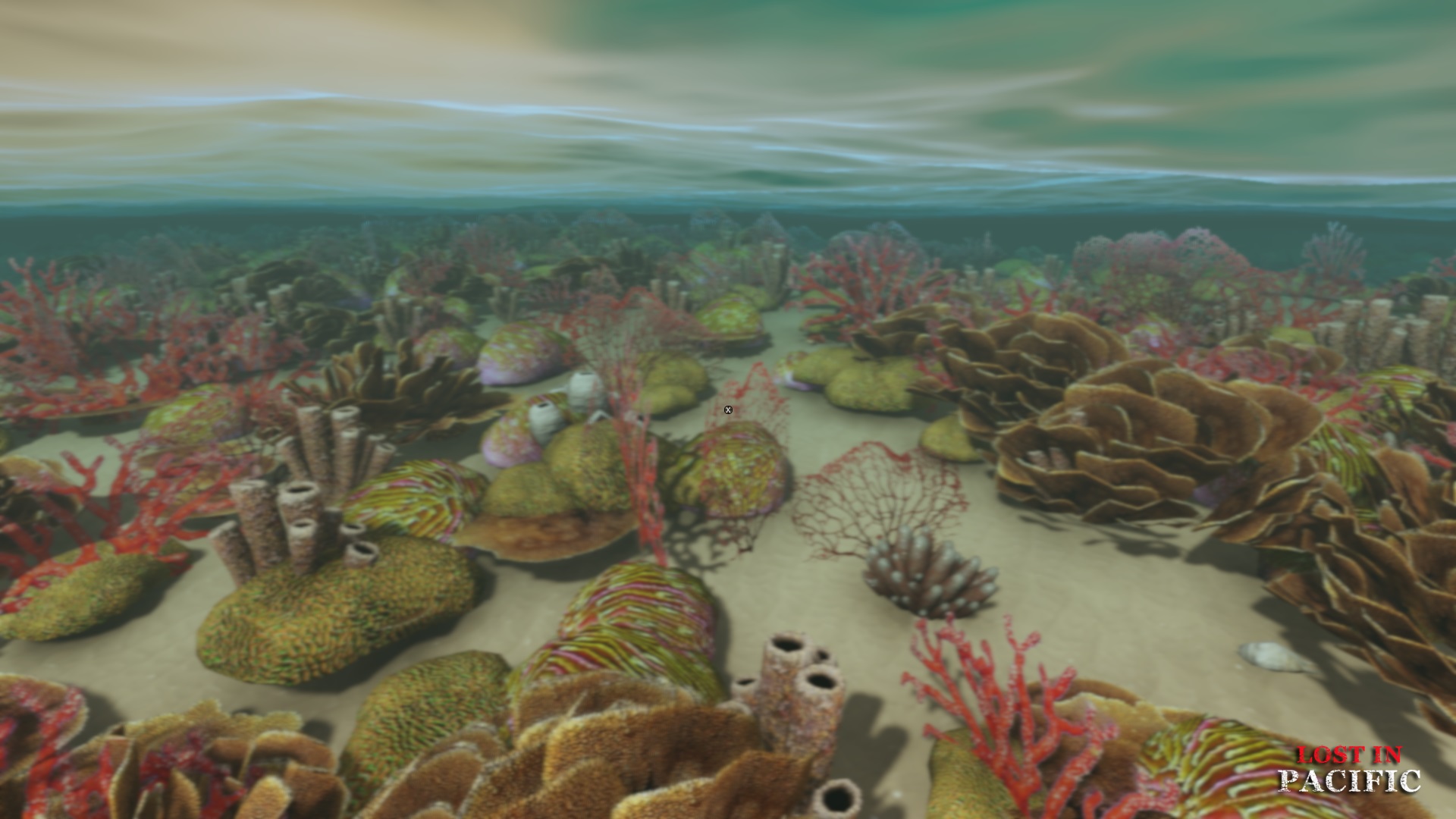 We are working also on our island vegetation. We want to have all the vegetation reacting to the wind (underwater plants to the streams). Plus, we are adding touch bending for them also.

Dynamic rain covering is under development also. The ocean, island ground, vegetation leaves all have customized shaders for getting wet and reacting to rain droplets.

We have made a bigger step towards the final quality in our Ligthing system. We are utilizing tesselation on the terrain. We will see, how the people will like it. 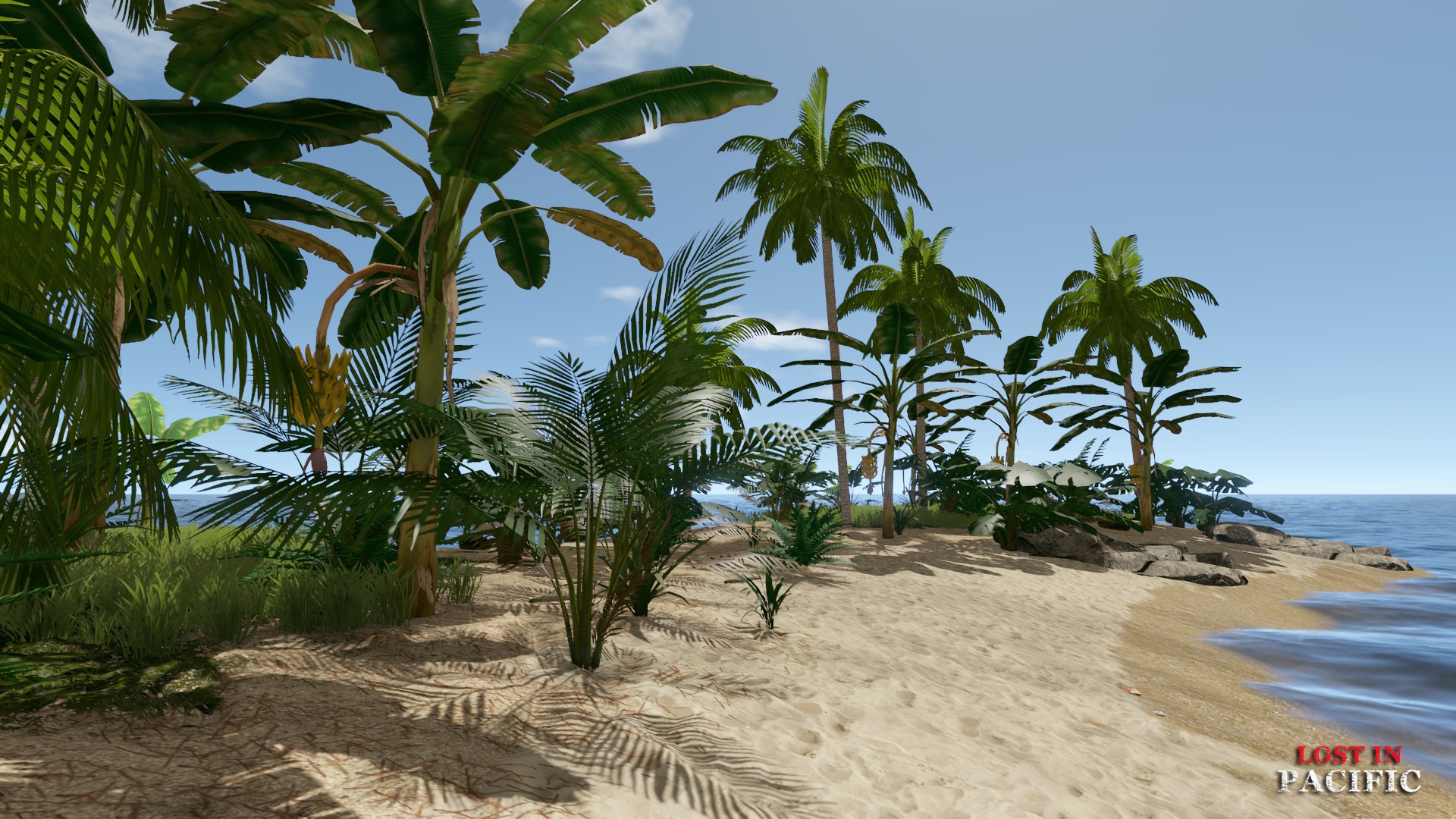 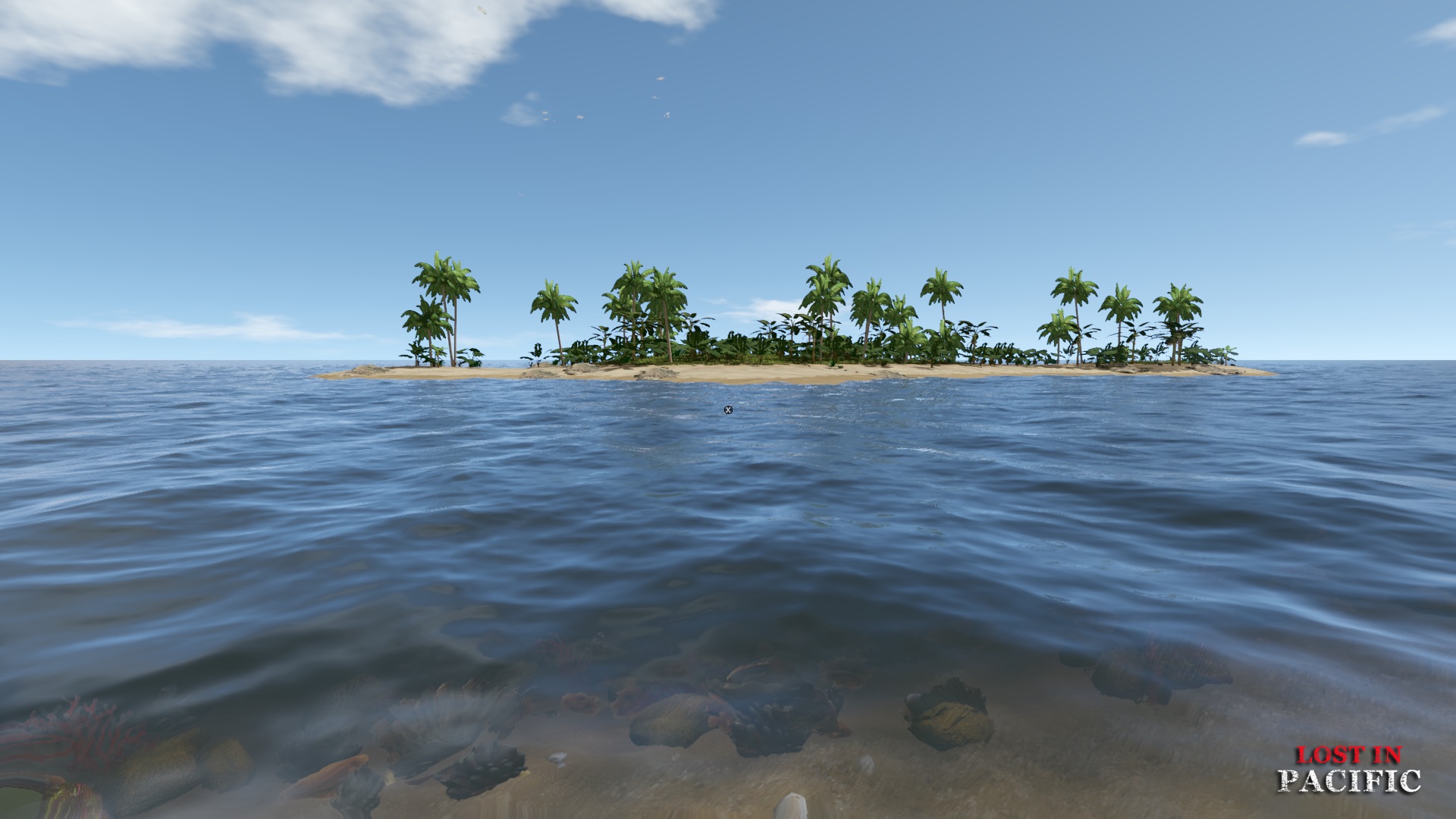 All of the above mentioned features needs a lot of work to do yet, but in their actual state they are good enough to put in the first EA release.

We have made many optimizations in our game engine, some additional FPS is always a good thing. :-)

We started to replace our temporary character animations with real MoCap data. When all the animations will be there and we will be happy with it, we will enable also the Third Person player mode. The First and Third person mode will be switchable anytime in the game.

Connecting the player stats system to inventory and to movement engine is also underway.

We are planning to work some time again on our save system, because we want to save all the things the player ever touched (the smallest moveable rocks, shells also ...) and for the future, the weather system will have to "act" also on the islands many 100 km away from the player.

The Sleep System also needs some work on it. Our game system allows the player to sleep everywhere, also on rafts. With other words, the game forces the player to go to sleep. Imagine the situation: the player sails somewhere on the ocean for 2 days already without spotting an island, no way he can do that without (at least) a short rest. During the sleep, the weather and underwater streams are working too, so the player can wake up on totally different geolocation (mainly in case of a strong wind) as he was before. Besides of the sleep, there will be some other forms of "passing the time" or "speed the things up": taking a nap, or 'meditating' ...

At next, we have one not so good information. Due to some unavoidable events (some were predictable some were not) we are forced to delay the EA release a little. The USA IRS also messed the things up (lost fax applications and letters on their side, responding lately or not responding at all) so we are pushing the EA release to january or february of 2018. We are truly sorry of this, but on the other side, we will have a little more time to work on some features yet.

For more information about our development plans you can check out our interview in English and German language.

It must be mentioned, that in the above interview there are many features described, whose will be implemented/completed in later development cycles and won't be available at the EA release.

That's all for now, we will bring some new information in our next devlog, stay tuned!