Today we’re talking a bit about the soundtrack for Adam and Ricky. Killing stuff is always better with a happy little tune in the background!

Devlog 4 - Adam and Ricky: The musical

Nah, not really…yet. Today we’re going to talk a bit about the soundtrack for the game. It has gone through quite a few iterations and changes until we found something we really liked, but finally the whole thing is at a stage that we’re comfortable enough to share a bit of stuff. Let us commence! 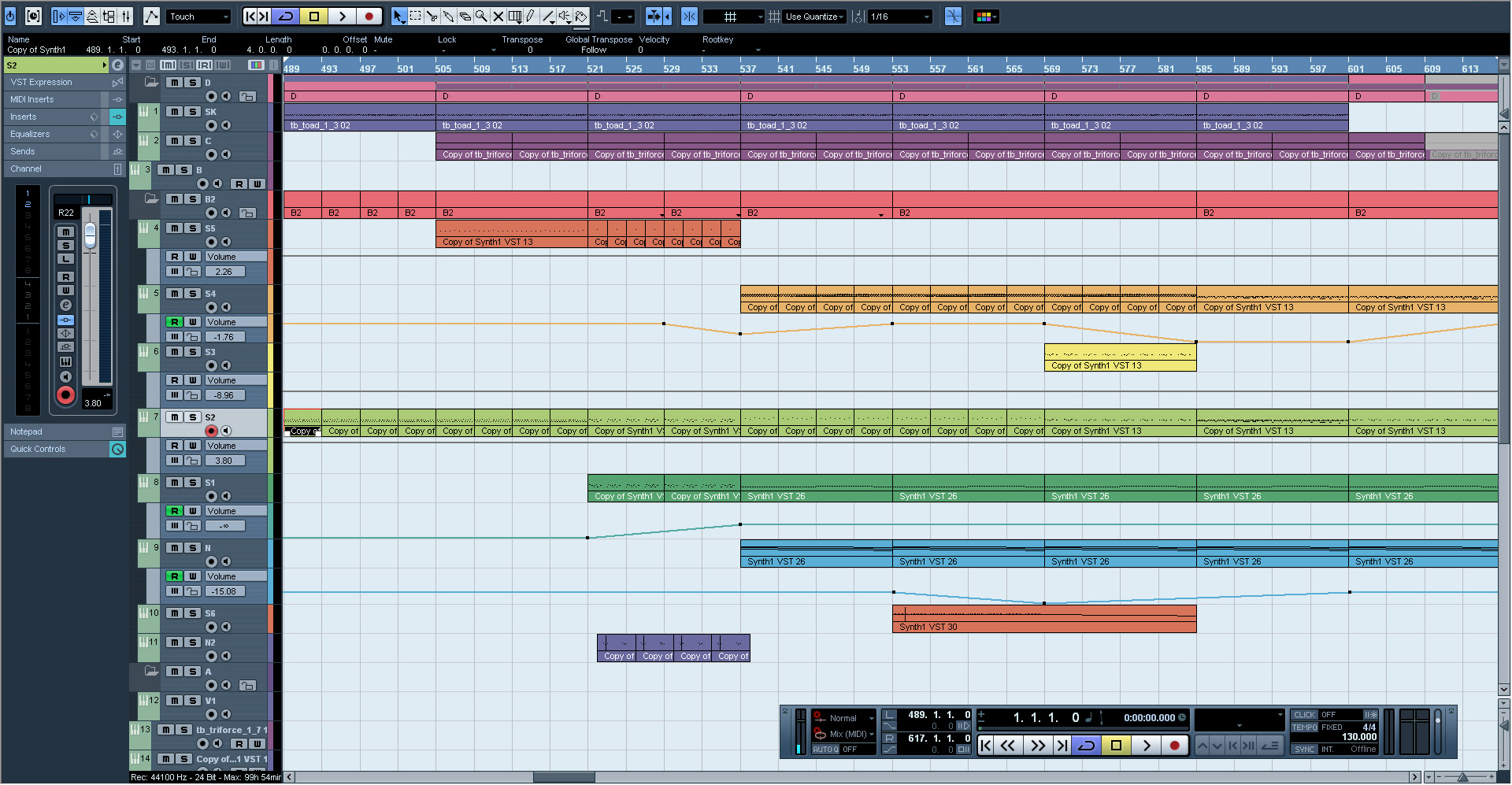 To Chip Or Not To Chip

The obvious choice for any pixel art game is always going to be chiptune. Those jolly 30 second loops that hammer your brain endlessly as you platform away and fall to your death. That’s absolutely fine in a game where stages last around 2 to 3 minutes, but as Adam and Ricky began growing in scope and depth, we quickly realized that short chip loops were ultimately too repetitive and got old pretty fast.

The first solution was to lengthen the tracks and add more varied sections to accommodate the longer stages and areas. While it was a vast improvement, the classical chiptune sound pallette was still a bit basic for what we wanted to achieve.

The final solution (no pun intended) was to splash some more complex textures while leaving the original chiptune bases intact. The result is what we could call enhanced chiptune. It maintains the spirit of those retro games, but with some added touches that make the whole experience a bit less grating and more fitting with slower gameplay.

Although it has its emotional moments, Adam and Ricky is all about a bit of tongue-in-cheek fun. Yes, you face the death and kidnapping of several close friends, and you’re murdering legions of nazi soldiers to stop an apocalypse waiting to happen, but we wanted you to go through all of that with a smile on your face and a song in your heart.

Generally speaking, the soundtrack is on the happy side, which was a tough decision taking into account the bizarre nature of the game. After a few tests, we realized that relentlessly slaughtering people was much more rewarding when there’s joyous rainbow-filled music pumping through your speakers.

That being said, there will also be a fair share of darker and more menacing tracks, especially for bosses and the like, and also a few calmer and melancholic ones assigned to vendor areas, so you can idle in peace without sparking a murderous rage every five seconds.

While we have a good bunch of songs and the process is well on track, bear in mind that all the stuff we share is 100% work in progress. There will be alterations and changes along the way, and the final mixed and mastered tracks may have a very different feel to the ones we’ll share today. When the game launches, we hope to release the stand alone soundtrack so you can reminisce about your massacres while driving to work. Please do remember that your co-workers are not killable enemies that drop loot. You have been warned.